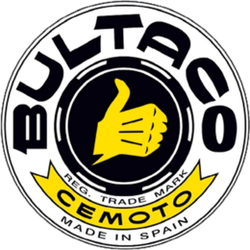 In early 1958, the Spanish company Montesa dominated the motorcycle market.The company was led jointly by Francisco Xavier Bultó (Don Paco) and Pedro Permanyer. The company competed in a wide variety of competitions in order to promote the companies motorcycles.Paco famously said "The customers will follow the chequered flag".
There had been great times for Montesa. All production was sold in advance Montesa won many  competitions. However after several years of steady growth and road racing success and Montesa already in larger facilities with greater staff and greater outgoings faced having to put a brake of production following a downturn in the Spanish economy.

In April of that year, a seemingly routine management board would forever change the history of motorcycling. At that meeting, Permanyer and Jose Luis Mila addressed Francisco and told him that as an economy measure they wanted and had to remove all sporting activities and competition teams and focus on improving business models. They argued that the big brands across the World had also just abandoned Italian and English races. The Spanish Government had also started the National Stabilization Plan which was also very restrictive for business. Franscisco was the driving force behind the competition department  tried but failed to reach an agreement with Permanyer and had no option but to leave the company and concentrate on other heavy industry business's he had.

A few days later whilst at home Fransisco got a knock on the door. Several of the other workers from Montesa who had also left were there.They spoke about the future . A few days later on the 17th of May 1958 (Don Paco's birthday) in a restaurant on the outskirts of Barcelona the group of workers decided to start a motorcycle company . It would be named Bultaco which was the telegraphic address Don Paco would use to communicate across the wire

It was an amazing start and it was just the beginning.

WWW.RETROTRIALS.COM has been very very lucky to have been given access to some amazing places and people.

Bultaco fans must go to the top of the page and click on either the links on this page , or the drop down links to see the Bultaco articles and tests uploaded here