British riders of mecatecno    and    merlin

There were only a few riders who rode Mecatecno and Merlin (Cagiva) back in their hayday.  Alfer and GasGas Halley had no UK riders

Here are some of the pictures that were sent to me of the UK riders - If you have more, please send them to James@Retrotrials.com - Thank you 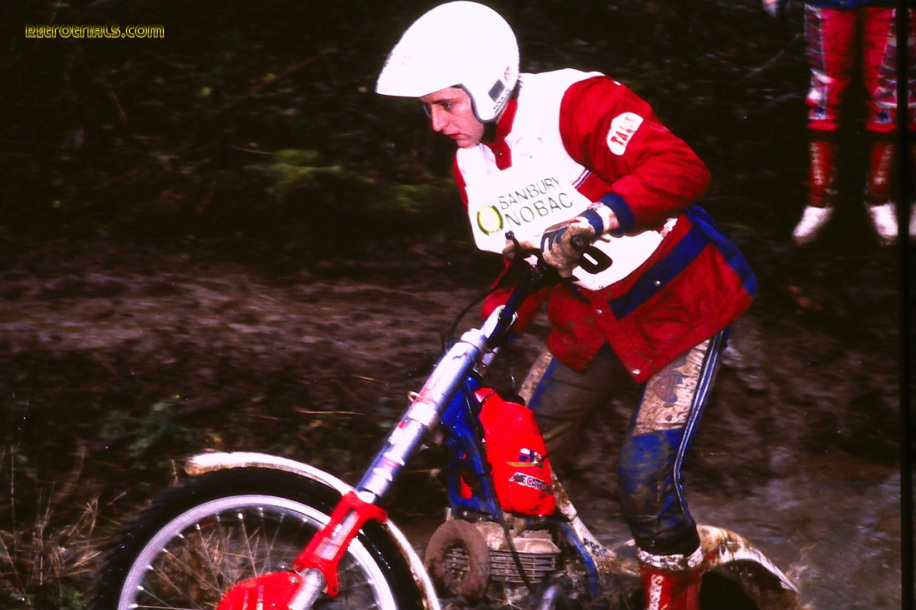 Richard Allen riding the Skywalker at the South Midland National in 1990 during which i think he finished 6th. Richard was happy with this result

Heres a picture of the great Jordi Tarres in the queue for a big quarry section at the 1990 UK World round at Merthyr Tydfil. Time was getting on, the riders were hustling and pushing their way to the front. Jordi had made some crazy mistakes and dropped a number of fives early in the day where he had been shouting and cursing in Spanish. The day wasn't going his way.
On the right of Jordi is well known UK National rider Richard Allen sitting on board his Mecatecno UK sponsored Skywalker. Richard is lined up to go into the section, but Jordi wants to go first 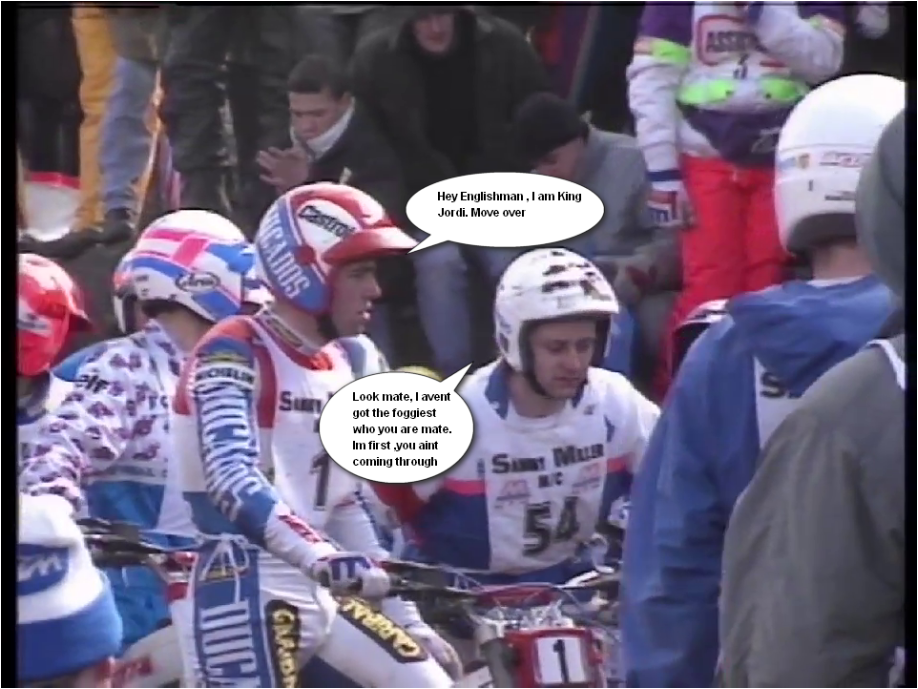 WWW.RETROTRIALS.COM JORDI TARRES UK WORLD ROUND
Richard isnt happy with Jordi going first so waves his hand at him . Jordi sticks his chin and chest out, as if to say "come on lad, if you think your hard enough!" 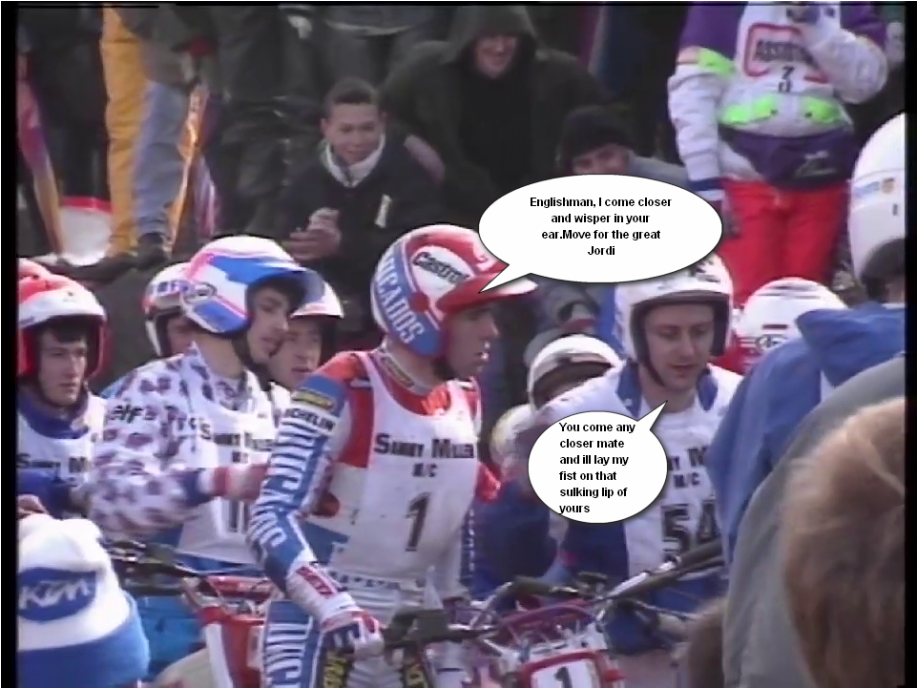 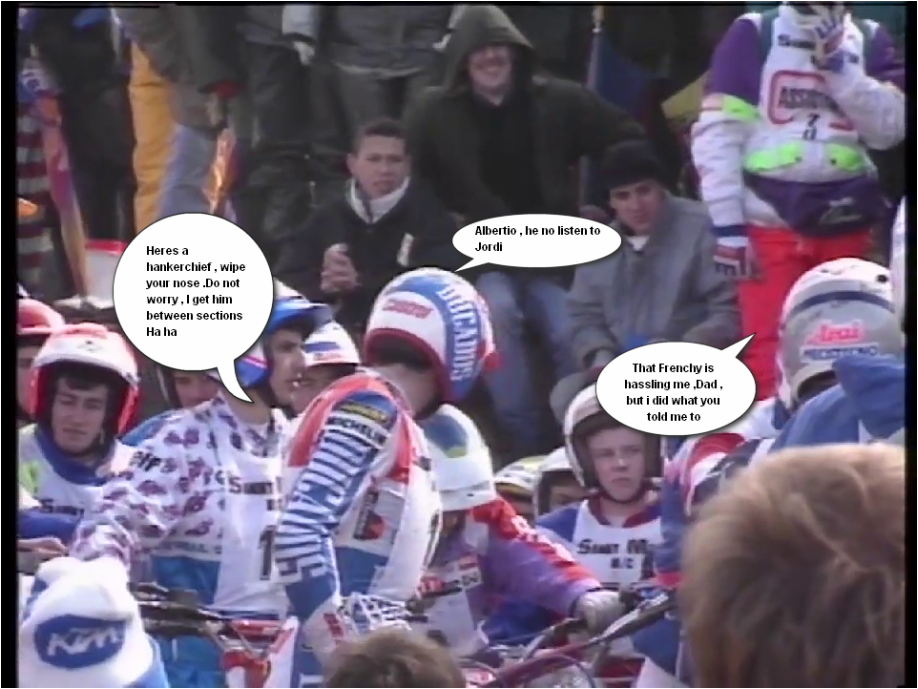 Richard Allen WWW.RETROTRIALS.COM JORDI TARRES UK WORLD ROUND
From Richard Allen - "I remember I slept in my transit van for 2 nights. I did speak to Tarres a few times. I don't remember discussing who goes next. Who did go next? I would imagine I let Tarres go as I would have learned more watching him than him watching me, don't you think? That world round was where I measured the works bike of the lad who got killed that you mentioned. It was quite a bit different to our production bikes with a longer swinging arm and steeper forks, but the same wheelbase. As for results, I was not outstanding.I think I finished around mid thirties and I can remember the bike rearing up at the top of a big climb when I ran out of clutch and I did well not to throw it away. I did slightly better the following week in Ireland but again around mid thirties.That was the only two world rounds we went to as the Mecatecno UK team. " 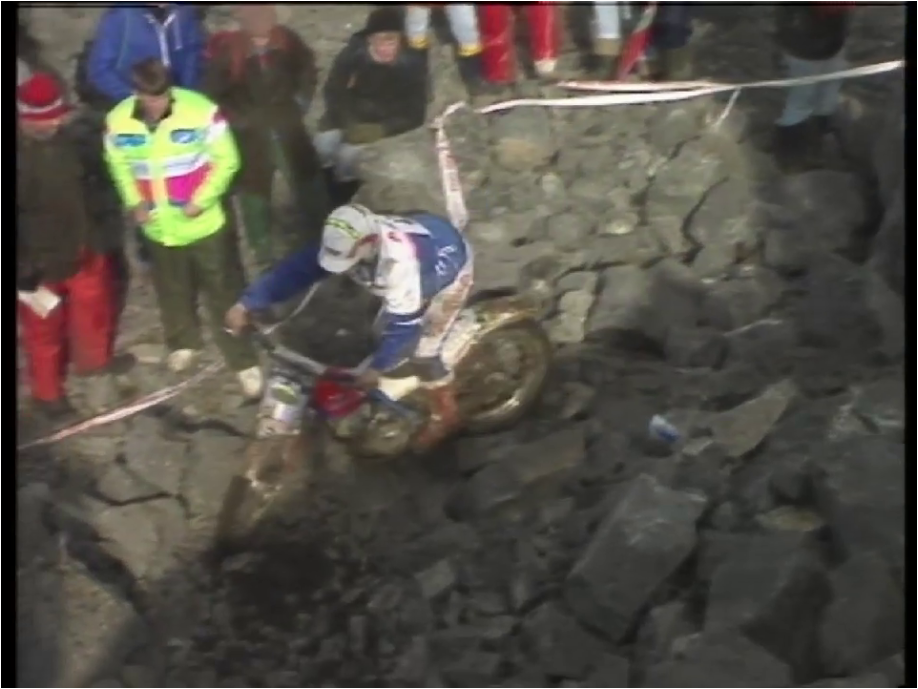 Stuart Tate riding the Mecatecno UK Skywalker during the 1990 World round. WWW.RETROTRIALS.COM 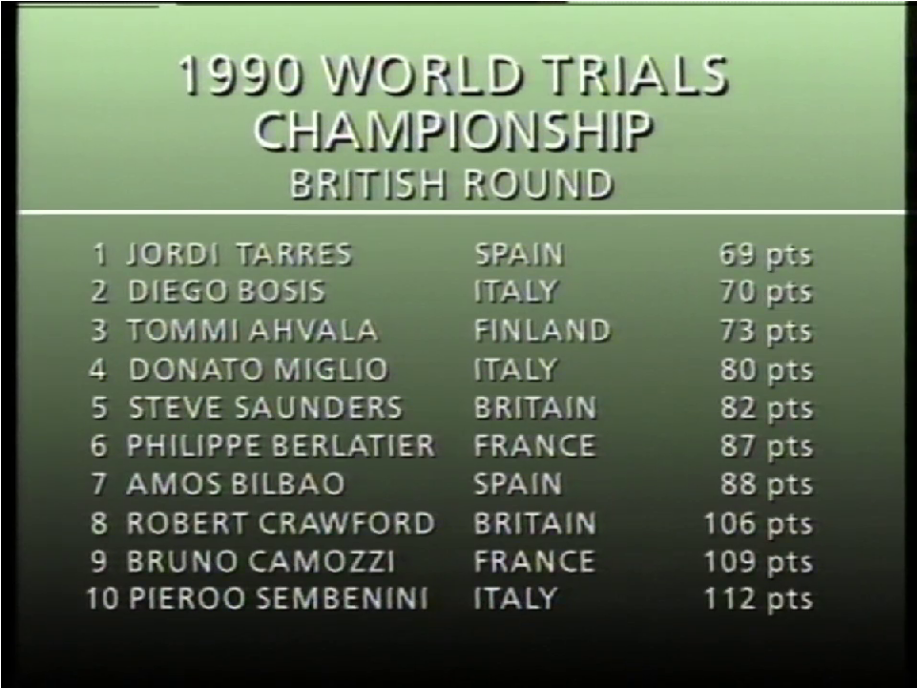 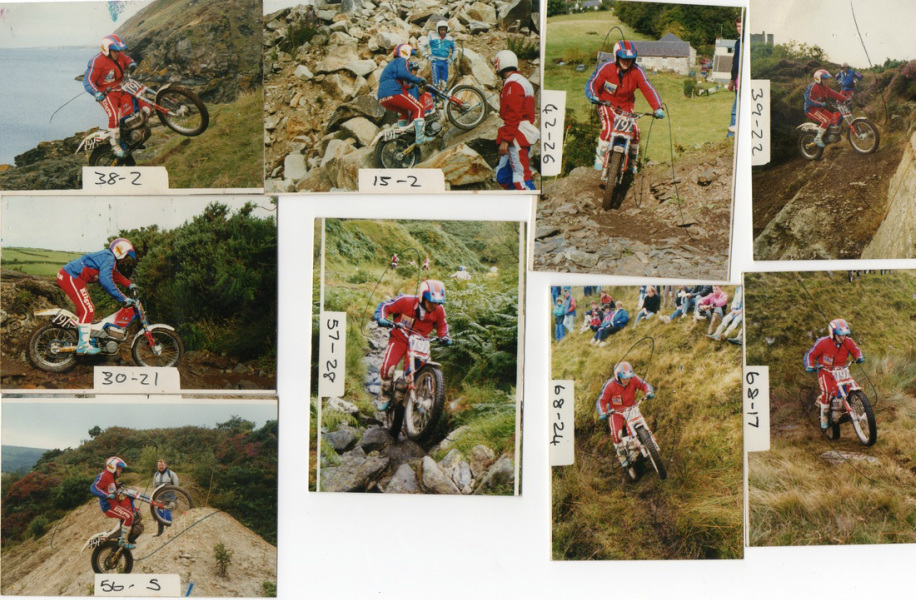 Here's Alan Nicklin on his Mecatecno Skywalker.These photos are from Kinlet near Bridgenorth Shropshire.This is were the deep muddy bogs were and where the Skywalker shone . It jumped the ditches flying across , due to all the power available. Lots of great Photos - Thanks Alan WWW.RETROTRIALS.COM 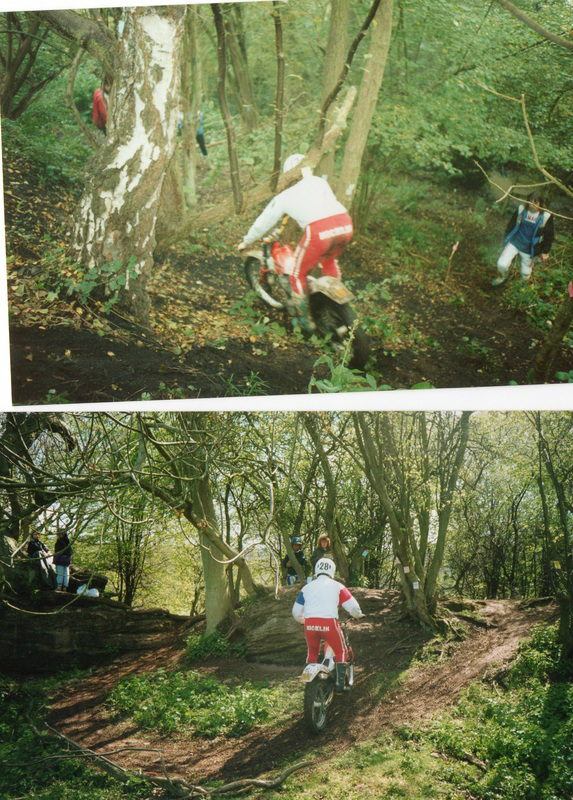 More photos of Alan . on board his Skywalker These pictures are from a Midland centre trial in April 1990 on the Clee Hills Shropshire. WWW.RETROTRIALS.COM 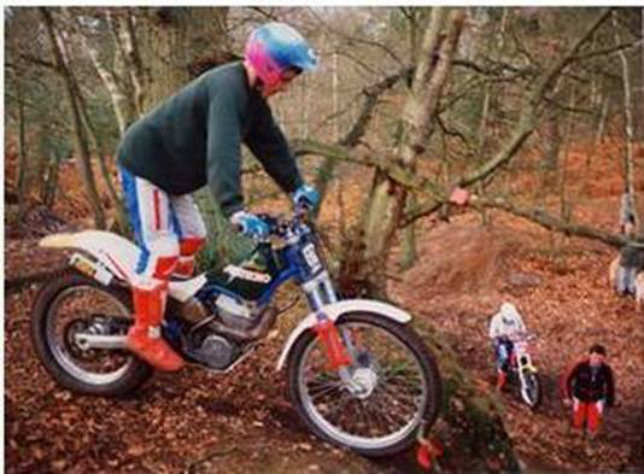