The story so far -

In mid 2012 Retrotrials interviewed Ignatius Bultó Sagnier at his glamorous apartment in Barcelona.  Ignacio, as he is known to his friends was happy to answer many many questions I put to him about his family and his father Francis Xavier Marquis Bultó, known to the people as Paco. He was also happy to answer questions about his life as a 6 times Spanish Motorcycle Champion, his knowledge and experience with the family firm Bultaco as a rider and later as a businessman. He also filled in all the missing pieces I wanted and felt I needed to known about the lesser known Merlin Motorcycle Company, that Ignacio was a founder member of.

The interview went very well. Ignacio is a very charming and graceful man whose English is perfect and whose elegance displays itself in the great story telling he is so comfortable with.

You really should treat yourself and read this. If I were you, I would want to :)  Anyway, the link for the interview with be at the end of this very long feature. This feature alone will take you some time to read and even longer to absorb. Take your time, read what is said, they are Ignacio's words. He was aware I recorded our conversations so that I could record here on these pages a full record - minus the very private things that no one will hear.

At the end of the Barcelona interview, Ignacio suggested that he would show us and give Retrotrials a personal tour of the legendary home of the Bulto family ...... Masia de San Antonio. Ignacio also told me that he would show us his bike collection. At the time we were there, we had used all of our available time and had to leave, but I knew that one day we would return to experience this great place.

That was mid 2012. Since then I have been in contact once every 6 months of so, to suggest dates. Work has been carried out at the great family home and so the property would not show itself to it's best potential, but in about July 2013 arrangements were agreed and flights booked to return in August 2013.

Masia de San Antonio was originally owned in 1830 by Isidro Marques Riba who made his fortune in Cuba. Having returned from Cuba Isidro founds a fabric factory and purchases the land we talk about today. Although beautiful, San Anonio's ground is harsh and lacking in water, making it unsuitable for growing vines as they had planned. When Isidro dies, San Antonio is a small part of the legacy left to his son Manuel Marques. Manuel continues with the textile industry and agriculture. He also introduced social benefits to his workers not known anywhere else. Vines are grown at San Antonio and the infastructure at the farm to support it, including cellars. The farm was occupied by the workers and Manuel and his family rarely visited, until appointed president of the railway company stretching from Madrid to Zaragoza and Alicante. The company immediately begins to build more railway lines that run along the coast towards Barcelona passing nearby the farm.  Manuel was not happy as he was not able to watch the train pass and time its arrival. So in order to rectify this problem he decided to build a high tower, which kept increasing in height, stopping when the railway could be seen. He also decided to install electricity and telephone to San Antonio, a rare treat at this time indeed. Railway workers would signal from the train to the tower at San Antonio.
Some of the famous faces that have visited San Antonio over the years
Today, nearly 200 years after Marquis Isidro bought the farm, San Antonio remains with Bultó-Marquis family as always. The plan is to enjoy it and preserve it for future generations.

So there you have it, a brief history of this amazing place, but of course its far more amazing than this. There is so much more history relating to the motorcycle than this.

You are looking at the photos in the order I took them. I am imparting everything that Ignacio was happy to share, to you.

We were very, very privileged to be given this tour and allowed to record it. This has never been allowed before.

So, we will start at the beginning.


Masia de San Antonio is located in Cunit, near Taragona on the eastern coast of Spanish main land. The farm is approached down this winding road. 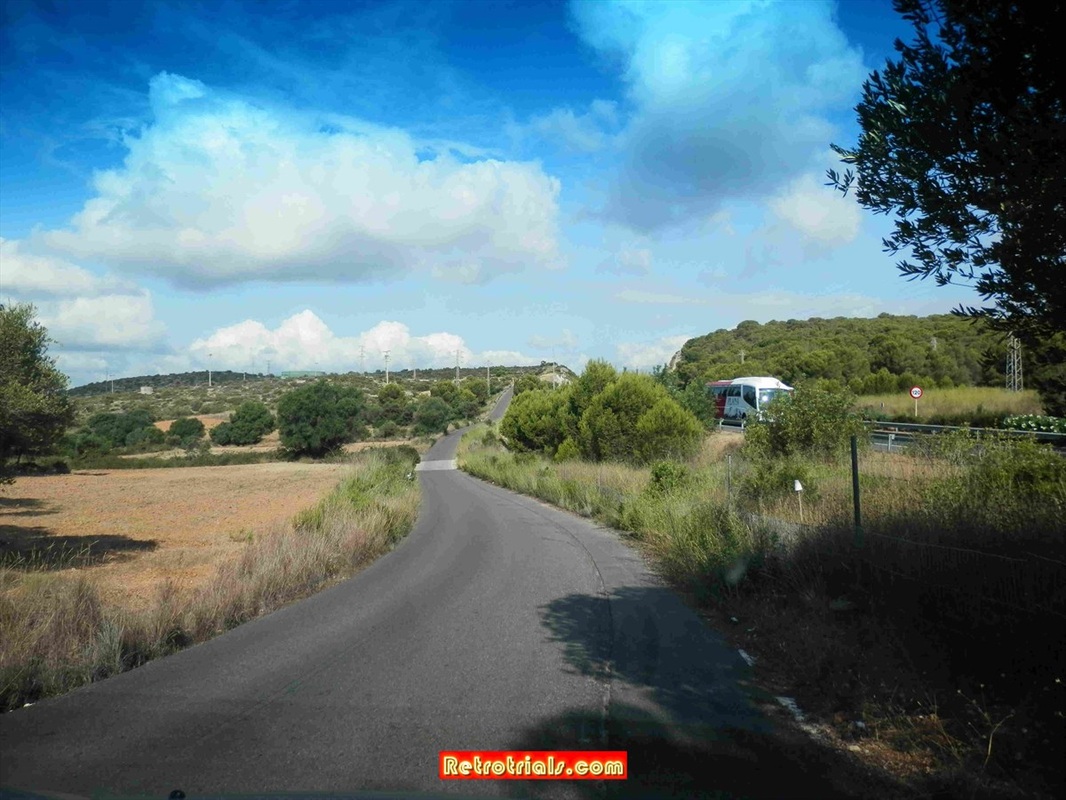 Bultaco - Masia de San Antonio tour WWW.RETROTRIALS.COM
This was the first sign we were heading in the right direction 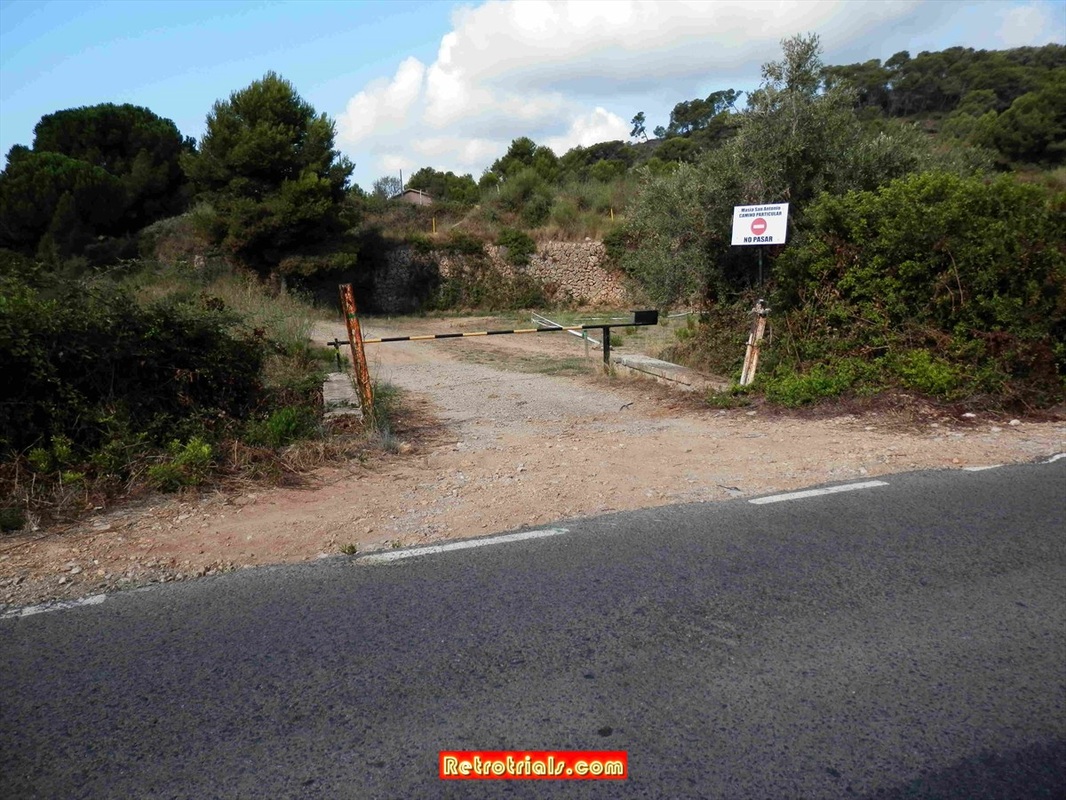 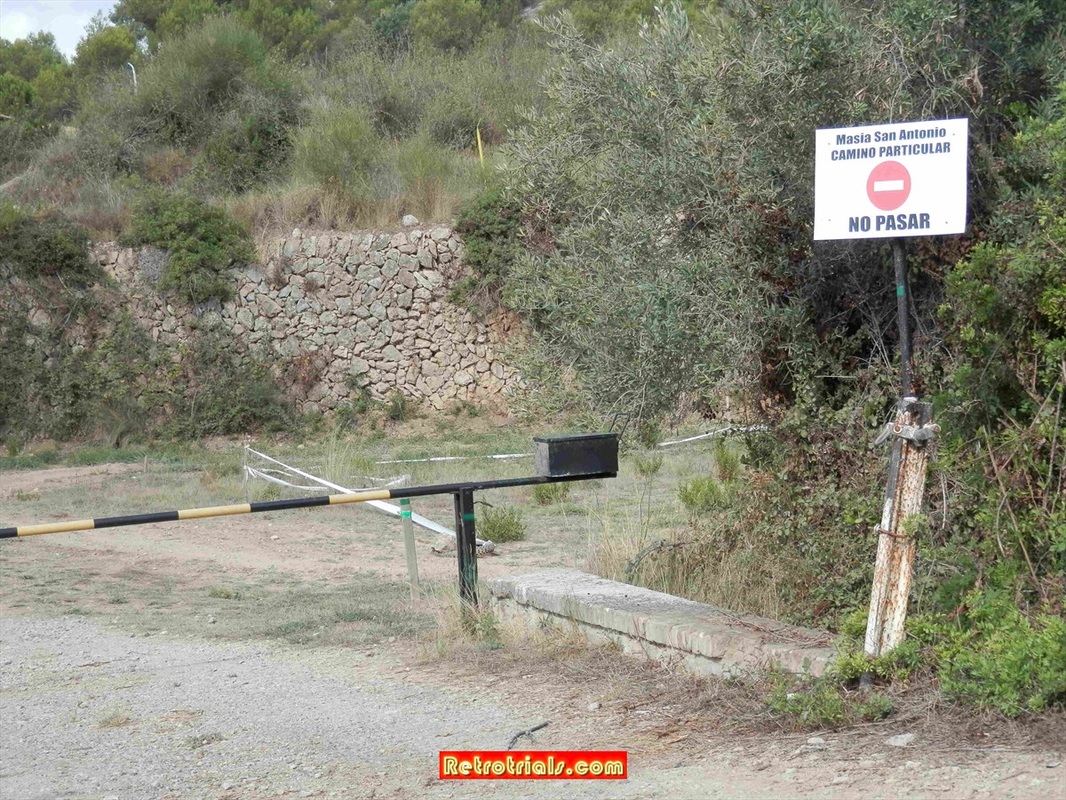 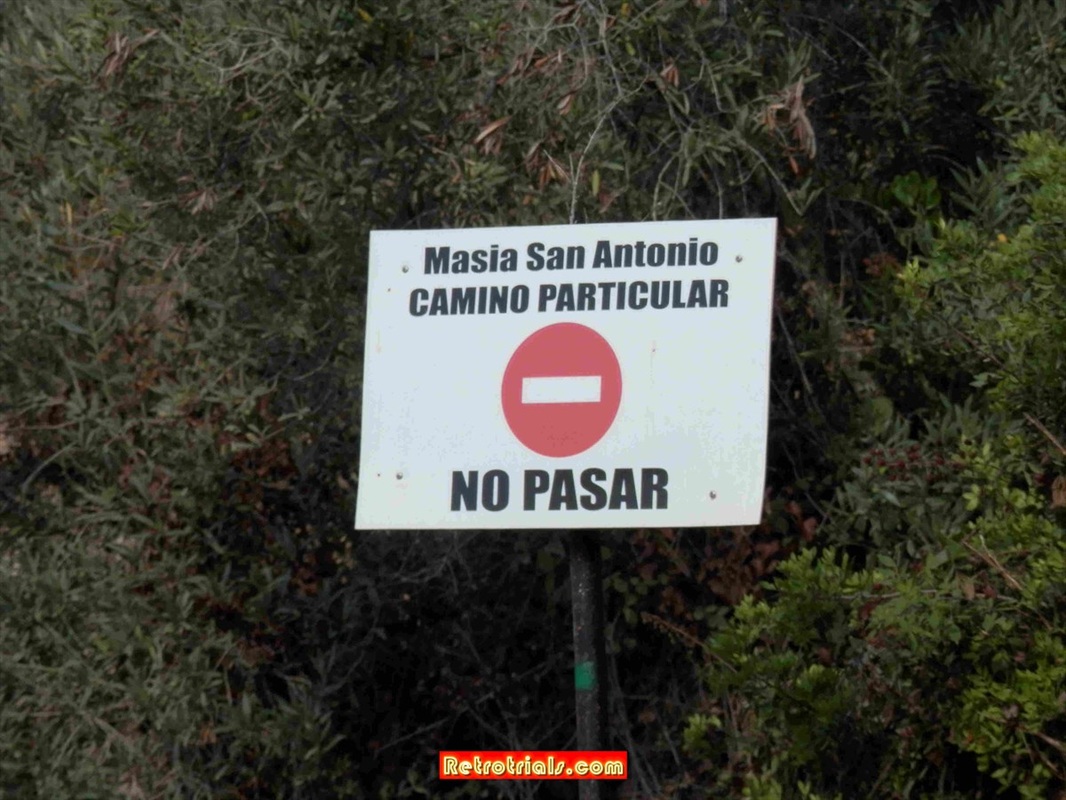 Bultaco - Masia de San Antonio tour WWW.RETROTRIALS.COM
Up until recently, the Bulto family have had Summer Camp's at the farm for up to 80 children at a time. This has all stopped now. More on this later.
This was an old sticker letting you known you were heading the right way. 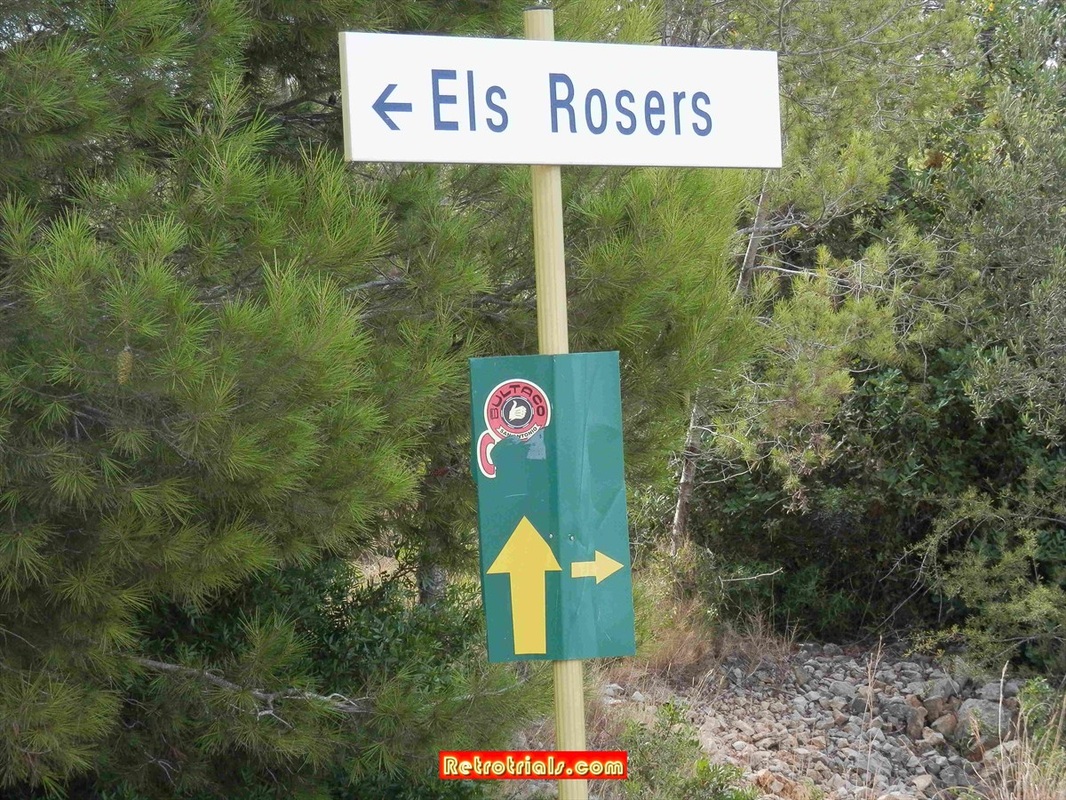 Bultaco - Masia de San Antonio tour WWW.RETROTRIALS.COM
And then, the tower of San Antonio rises above the hill. Its here ! 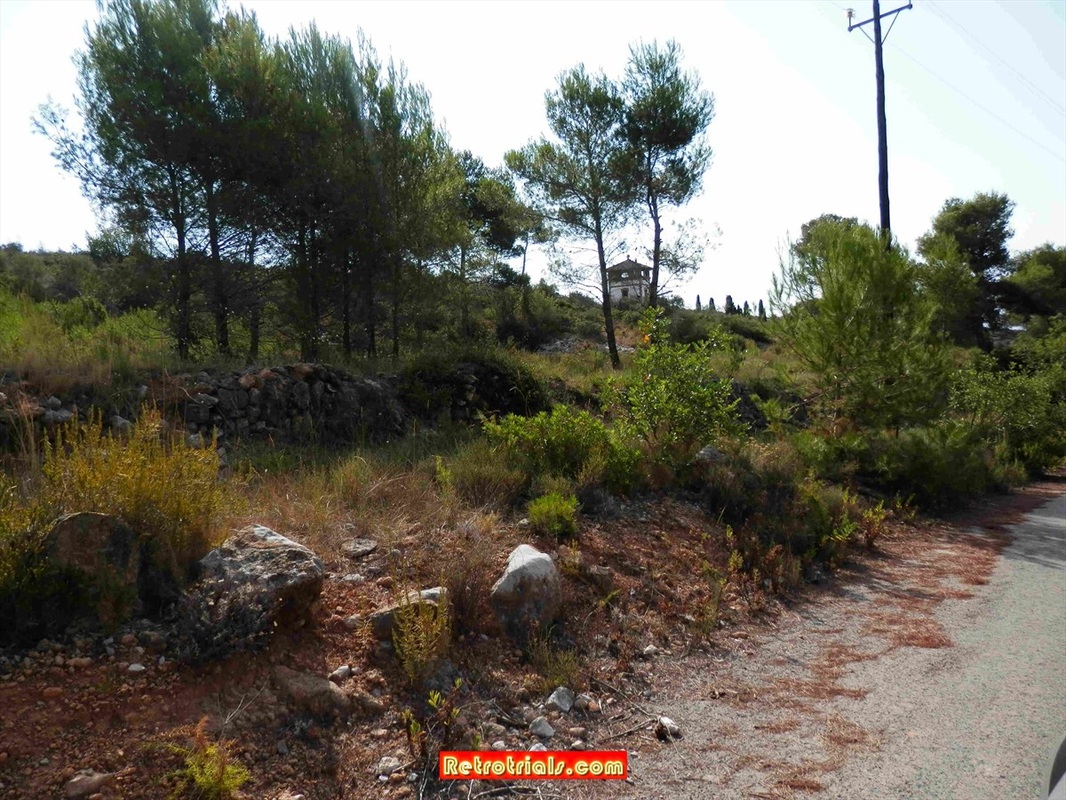