The world of motorcycle Trials development is shrouded in secrecy , and for good reason.

The manufacturers operate within a highly competitive and small market , all keen to have the edge over their rivals .

Retrotrials.com has been lucky enough to have been given access to many factories over the years. However getting access to the factories currently operating R and D department’s is a lot more difficult.

However Ossa’s R and D department was open for visitors when I went in 2012. I photo’ed pretty much all I wanted without any intervention. So why was this ?. Surely they don’t want me photoing their new designs or their testing?.

I managed to stroll into the Paxau workshop where the latest Sherco prototypes were being breathed on.
Was this just a fluke that I got in , or was there another reason?. Was there really anything to see?

Jotagas are working on new concept bikes which far far out punch their small company size. I was allowed to see and touch them on the understanding that the information didn’t go any further.

You try getting access to the Gas Gas factory , these days , let alone their  R and D  department on the first floor. It's impossible for outsiders as well as 95 percent of GasGas employees !. Access is controlled by a card swipe and limited to the employee specifically working in that room. The cleaners aren't even allowed in there.

Why is GasGas so difficult to gain access to? Is there much going on in there ?

Most of us have a traditional image in our mind of the  R and D men in white coats  jigging and spot welding new concept frames ,making fibreglass / putty tank prototypes,  testing smaller cranks and linkless suspension etc etc etc.

But ….is anything much really going on behind these locked doors ?. Has much changed over the years?.

Secrecy is abundant in Trials R and D and as you’ll find out , its for very different reasons.

Meet Xiu Serra - one of the most influential people in modern day Trial design. 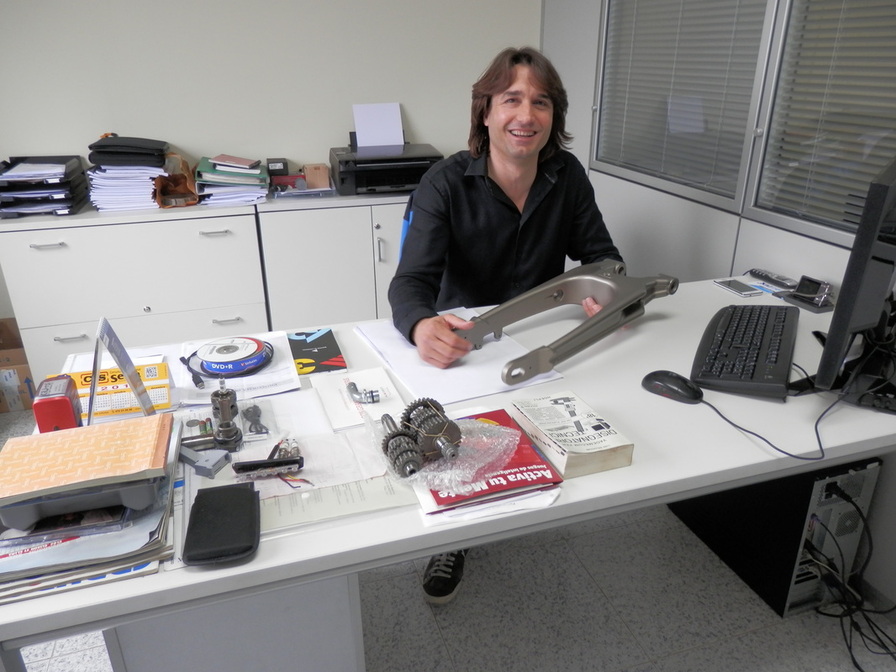 Xui Serra interview - www.retrotrials.com
Xiu is a slim , long haired and very friendly guy who works in an anonymous office in Girona , Catalunia . He hasn’t ridden a competition for years and there isn’t a bike anywhere near his office let alone in it. In fact ,he doesn’t think it’s a good idea for him to ride Trial !.

So why is it that Xiu Serra is at the very centre of Spanish Trials design ?.
XiU - rdi HQ
How have his  ideas have shaped the modern bike you ride today ?

Where do I start ?

In 2014 Retrotrials visited Xiu to ask him a bunch of questions. For the more inquiring Trials minds this will be an interesting read.

As with all Retrotrials interviews this is typed up word for word. Xiu has seen this interview beforehand and has had an opportunity to amend it. He chose not to . The interview is in blue and the editorial is in black.

How did you get started in this profession?

I started studying at Girona university and the later I was a  student at the university of Barcelona as well . Later in my time at university I was a teacher at the university as well. At this time my passion was engines and gearboxes and clutches . I was a teacher at the same time as working at GasGas and also at another 3 companies. Each day I would worked 3 hours in each company , sharing my time. I was also teaching at this time. It was very hard with all of the travelling. .I started working with GasGas more than 20 years ago. I started there together with Joan Freixas , Josep Pibernat, Paxau and worked with them for a lot of years.

Were you ever a motorcycle rider ?

Jordi mentioned to me that maybe you rode some motocross?

I ride street bikes , some cross , some trial  but when I start working together with very good riders like Jordi and Marc I stop riding myself . With all these kind of riders near me , it makes no sense for me to test. I want to concentrate on my work .  I can ride a moto and feel something’s with the bike  but I don’t want to feel these things , because it can confuse the project. I prefer the feeling of the professional rider, because in my opinion because if I test , then I see the problem with the bike as only what I can see. I want to produce what the riders want or what my customers want  , not what I feel .My feeling will get in the way. For this reason I no test. If I test then I don’t make what the client wants. I have to understand what Jordi Tarres wants and do the best technical things to arrive at the correct feeling. In my opinion if I start testing I can make a very good bike for me, but it’s possible that a very good bike for me,  will not be a very good bike for the client .

To have to give up your sport is a big sacrifice for you to make .

Yes, but I work for the client and for me this must come first. I always speak with the importers . Importers have the feelings of the bike and also the mechanics in the workshop as well as the clients so I get a good feeling what they are looking for. So this information arrives with me along with the information from the riders. I’m happy with this. Work for me is most important.

When you made the Ossa, did Ossa tell you what they wanted or did they ask you to make something radical ?.
Ossa told me make all that you want . This was perfect for me. This was incredible. It was like a boy with a new toy ha ha  . 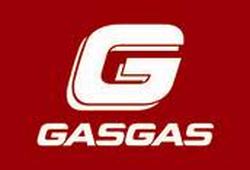 Xui Serra interview - www.retrotrials.com
So , going back to the start of your career  …was your first job with GasGas?

Yes , over 20 years ago but at this time no one knows about me because I have been working inside the GasGas. My first complete work was to make the pro bike inside GasGas but   before the pro trial model, I design components inside the engine of the endure as well as the inside of the engine of trial. I do this together with Paxau. I design many components including a different conrod and different clutch system inside the different models. I worked at this time inside the GasGas factory , only with them.

Jordi mentioned to me that you used to work at home as well , many years ago .

Yes , I tell you what happened. Many year ago I started for GasGas when I was a student and I was also a teacher and I only a arrive at GasGas for 5 hours every day and people knows that I make a lot of work  and people know that I make a lot of other works for other people.
﻿Then I start to work just for GasGas and  I leave the university . I started initially as a consultant or something like this. Then I started working 100 % for GasGas making the models of the Trial  . With this model Mr Pibernat allowed me to play with a lot of different things, particularly the clutch system the gearbox and the bearings and I create a number of patents﻿.
"In 2001, at the continuous reduction in weight of competitor’s motorcycles, GasGas needed not only lose a few grams, needed a revolution. Josep Serra “Xiu” turned around to conventional gearboxes, creating a system of gears with only 2 axles and 8 gears. As a result, the engine smaller and lighter in the trial world. With some patents more from Xiu RDi applied to this engine we got the goal. Passing the bike heavier to lighter bike of the market and world championship. This revolutionary engine is still assembling a decade after its design. With an impressive sales record within the industry" -  Xiu Serra web