Vasan.sa was a metal fabrication company with its foundations established in the 1950's .At this time the company was started by Mr. Santos Valencia Villaescusa with Mr. Joan Jornet in a partnership. The firm was called Laforja and was located in Barcelona .The specialised in metal fabrication however they were open to many different projects and commissions in all sorts of sectors.In the 1970's the partnership disbanded and  Mr. Santos Valencia Villaescusa continued the company changing the name to VASAN S.A SANTOS VALENCIA (Valencia Santos SA) .

This company is of interest to Retrotrials.com because Vasan.sa fabricated the Chassis and sub frames for many  Mecatecno's and Merlin motorcycles.

The company was located down this small road.
Santos Valencia Martinez presenting a trophy that he has made. You will see the trophy is modelled on Eddy Lejeune riding the Merlin Fius. This trophy was presented at the famous D 'Espluges championship motocross race in Spain.
Vasan.sa was located down this road in Barcelona. 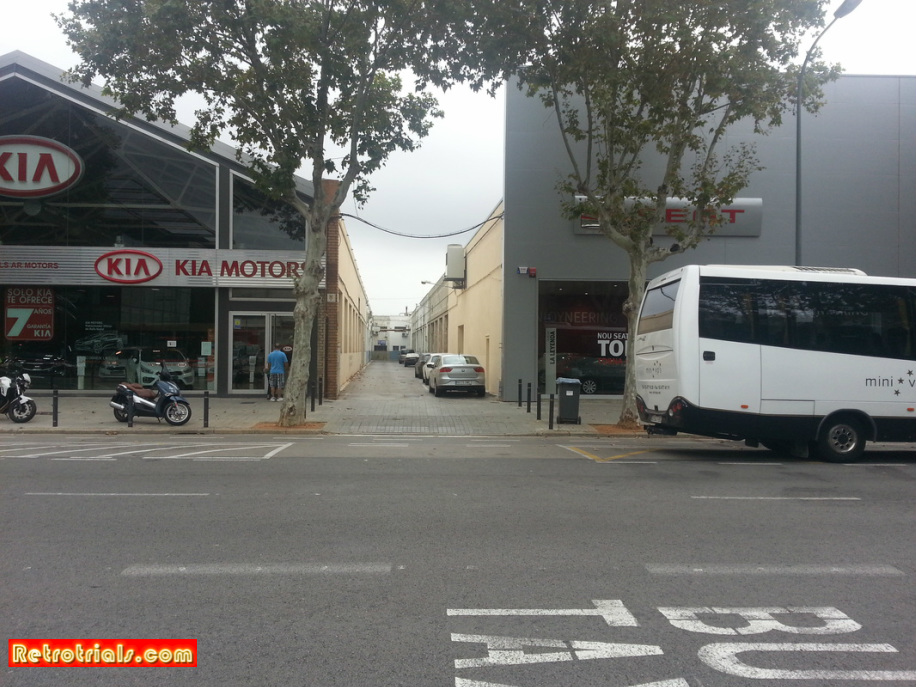 Vasan .SA - The Merlin and Mecatecno motorcycle chassis fabricators
Carrer Ciutat d'Asunción, 38, Industrial Polígon Besòs , 08030 Barcelona
After the death of Santos's grandfather in 1987 Santos's father took over the company. At this point it was renamed in PLAINSA (Industrial Planchisteria SA) .

During the course of the companies life under the leadership of   Santos Valencia Martinez  (Santo's father)  the company made the Chassis, Swinging arms and subframes  for the following motorcycles .

This included Merlin chassis and sub chassis for models including the 1986 /7 /8 FIUS and the Merlin DG88. They also made parts for the 1987 Mecatecno Dragonfly and the 1989 Mecatecno Skywalker.

They also made parts for JJCOBAS racing bikes as well as parts for NISSAN PATROL prototypes participating in the Paris Dakar race. They also did work with motorcycle manufacturer Alfer and TCP fairings manufacturer. The company was engaged mostly metal construction.

Finally after years and years of production ,in 1992 the company closed its doors for the last time.
Today , if you own a Merlin you will see these small stickers on the rear aluminium sub frames. They are a small reminder of Vasan.sa and a whole industry of small companies supplying the motorcycle manufacturing industry in Catalan.

Vasan .SA - The Merlin and Mecatecno motorcycle chassis fabricators
Some pictures of Santos as a boy and young man
Today Santos Jnr continues a keen interest in Merlin motorcycles and has recently bought this beautiful little DG1
Santos also worked at the infamous KM.2 trial dealership in Martorelles , Barcelona.  During the 80's and 90's this shop was one of the most successful trials dealerships in Spain. If you were an up and coming rider you had to be sponsored by Km.2. They were the company to be associated. Even though their sponsor ship packages were small they attracted riders such as Marc Colomer, Andreu Codina and many many others. Km.2 was run by Albert Casanovas (now working for GasGas factory) and José Luis Rodriguez (now Puma racing).
Km.2 operated at 2 different locations. This is the first location Avenida de la Libertad, Mollet del Vallès, 35 ,  Spain 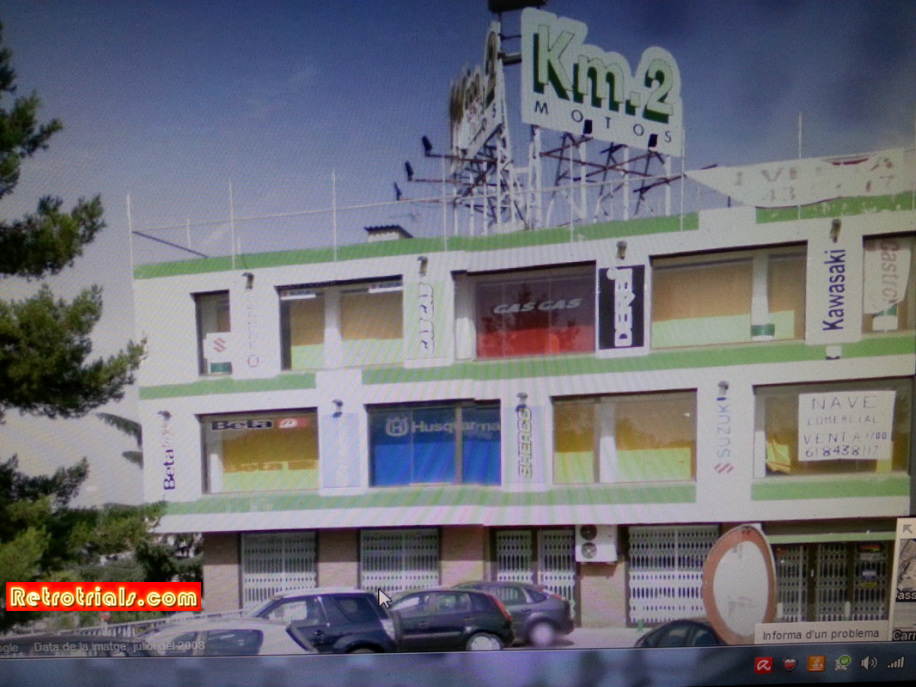 Vasan .SA - The Merlin and Mecatecno motorcycle chassis fabricators
For more information on Km2 and other sponsors , click here or read the Andreu Codina interview which explains things further