Did you and Eric learn to ride together?

No, no, I learn to drive with my old brother Jean Marie when I have 15, 16 years. My brother is 1st on National Championship and 8 or 9 place in the World Championship. At this time I begin to practice with him and I begin the National Championship when I am 17 years with my brother. I win sometime before my brother and when I am 15 years normally we cannot drive in Belguim before 16 years. We make a special paper, not normal for 1 year more. I drive 50cc when I am 15 year and I win some but after I was protested against and I cannot drive. This is the reason I give up. When I am 16 I drive in the Junior in Belguim on small 50cc but really it is 104cc and I win in Junior and after they say I cannot ride and I go in Senior. I go in senior and I won. Then I ride the big trial and I get 5th place when I am 17 year and I begin for this reason in the World Championship. All the time I am up, up up, up and when I am 18 year I make the World Championship.
Did you ever share motorcycle with you brother? 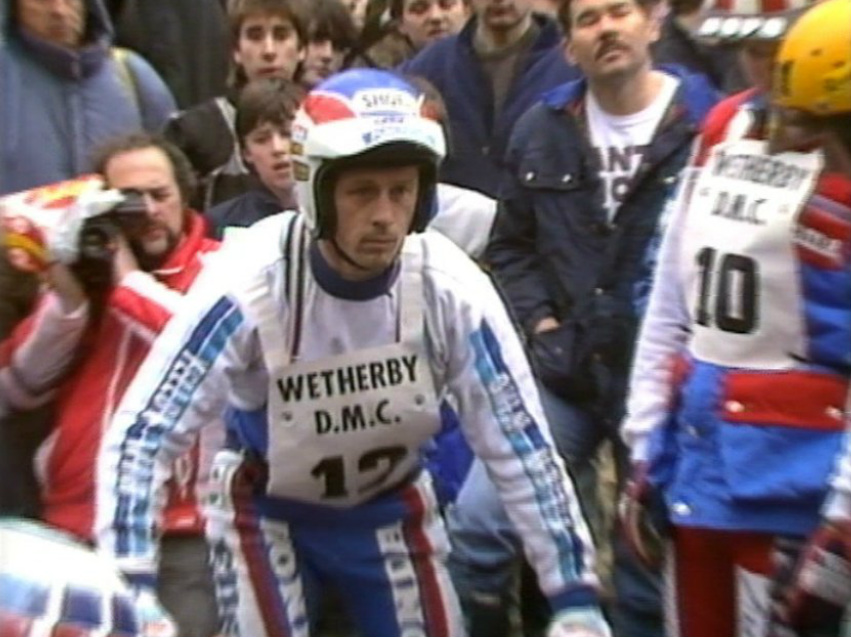 Many times yes, but also in Visey, but it is close. When I am young it is Dison. When I am 15 my father make the house here? No, there. 2 houses up. Jean Marie is 3 house up and Eric here, next door. When my father received one place from his father he give to all his children one small place to make the house and this is the reason we are together. It is the street Lejeune. Over the road there are more Lejeune, but it is not my family. Then on the same road is my sister Chantelle, me, my brother Eric, my father and my brother Jean Marie

The street of Lejeune 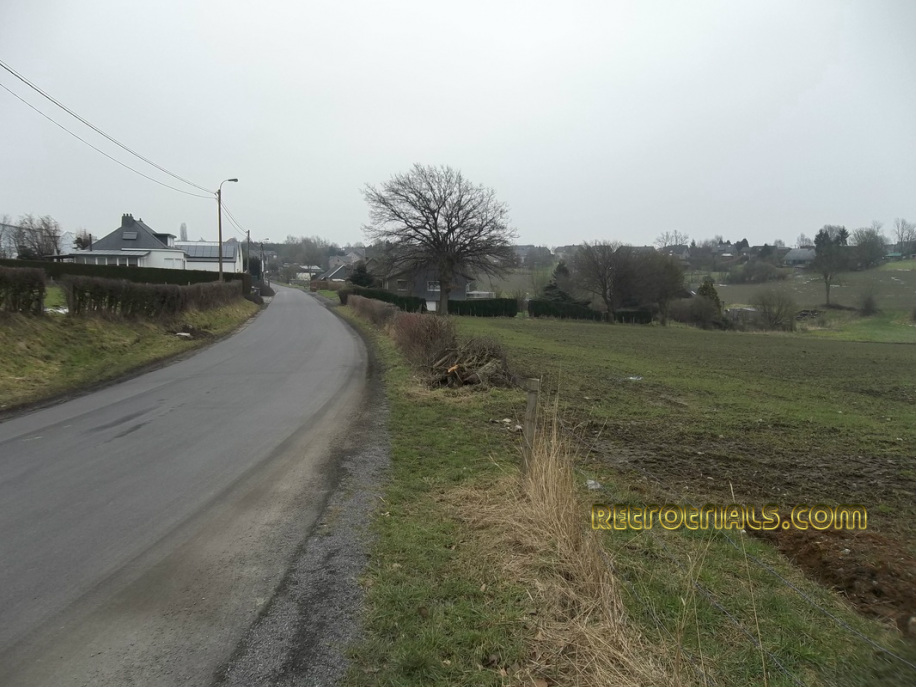 The Lejeune street . Note the sections on the far right of the houses. Eddy Lejeune interview 2013
When you were a boy where did you practice to get better?

3 place, Bilstain near Liege and Carrier, it has a big rock

Were you good at school?

No, not so good

I make the minimum and not thinking of much and no good in school. I was 80 % and when I was 14 year I get 320 of 400 exactly. I received one bicycle to go to school and I go with the bicycle and at 12 o’clock I come back to my house just for eat fast and I no like to stay at school and I make just minimum when I have 17 year I make many bicycle riding and just the minimum and no mechanic, nothing good, nothing perfect. 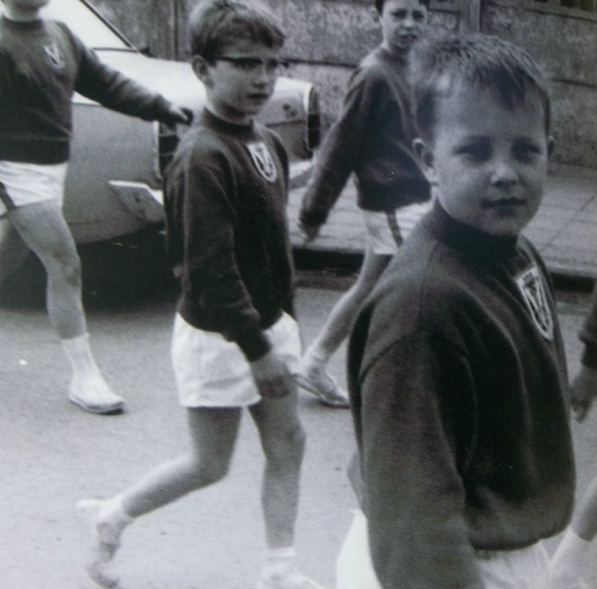 Eddy Lejeune at school - centre of photograph (as if you needed to be told).Eddy Lejeune interview 2013
What did your parents do for work, your mother and father?

They have factory of plastic, Plastiflac

Did you ever ride cyclo trial?

No I begin on the special bike my father make but no trial. I make go front, go back and after I take the motorcycle and it is easy for me to so this and go up and go down. This I make with my motorcycle also to move little the front. Just the minimum hey, but my clutch work. Montesa no clutch, bultaco no clutch and me I go a little up and a little down

Did you ever do any jobs for money when you were a boy?

I work a very little for my father and  then I go to work at the small Honda shop when I am 17 as mechanic in Dison. This was Andre Simons shop. He was my mechanic when I ride the trial.

Who was your motorcycle hero when you were  child?

When I begin it’s Vesterinan, I have no idea, no one really. Maybe Schreiber, but he ride at the time as me.

When you first ride the trial was the bike special or was it standard ?

All time special. I received the 200 cc. My father buy one from Japan and we make some small modifications to the suspension and with this bike I make the National Championship and I win and I make some good results and I received one second bike when I win from Honda.
I ride a little with this bike and I also received one Sealey bike a 250 for me in the Scottish and after I practice one time with Rob Shepard one time at his house .I test the bike of Rob Shepard with the Japanese mechanics from Honda at Rob Shepard’s house and they want stop trial and after they see me they decide to make one more year with Shepard. I receive the old bike from Shepherd to make the World Championship. I make 4th place and I receive 3 new bike. The first bike I receive is the old bike from Shepard. This was the 360 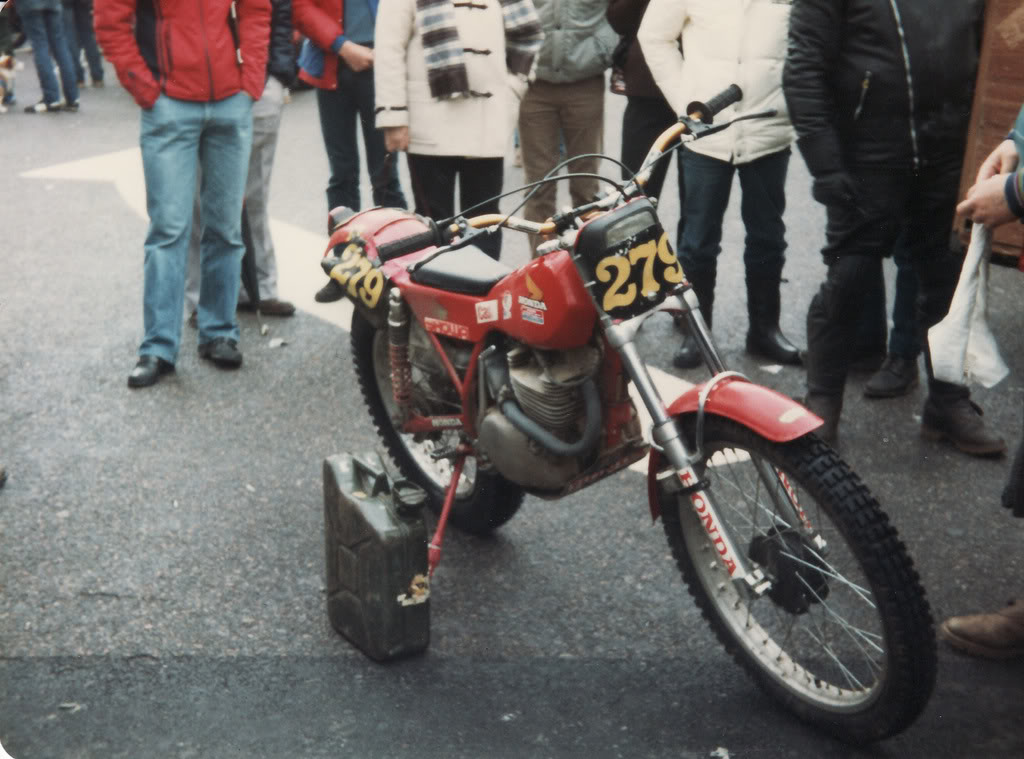 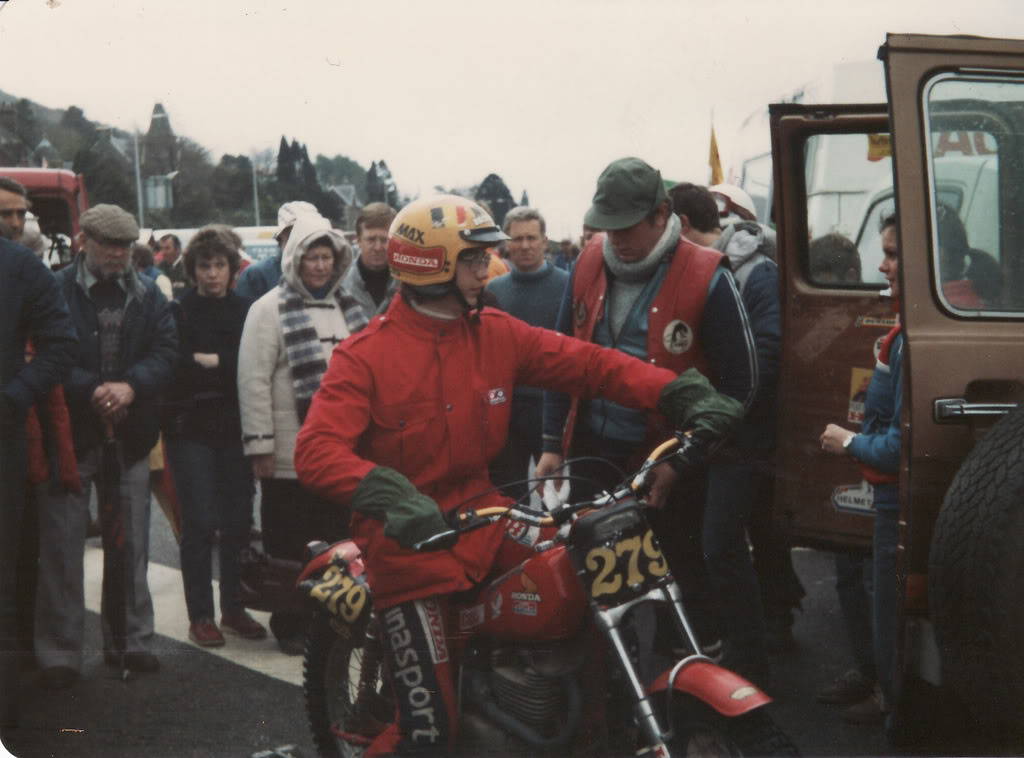 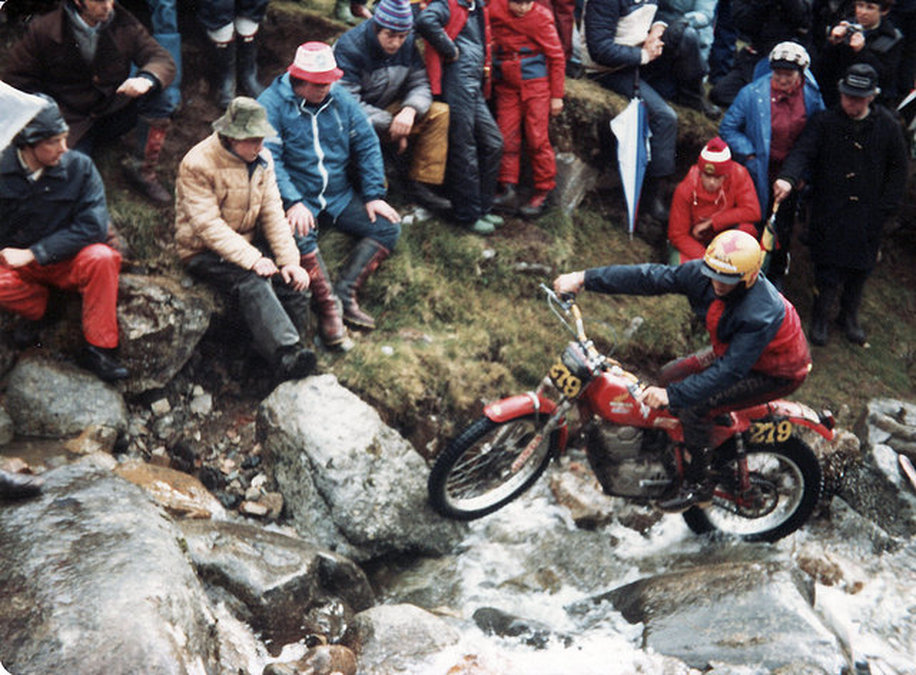 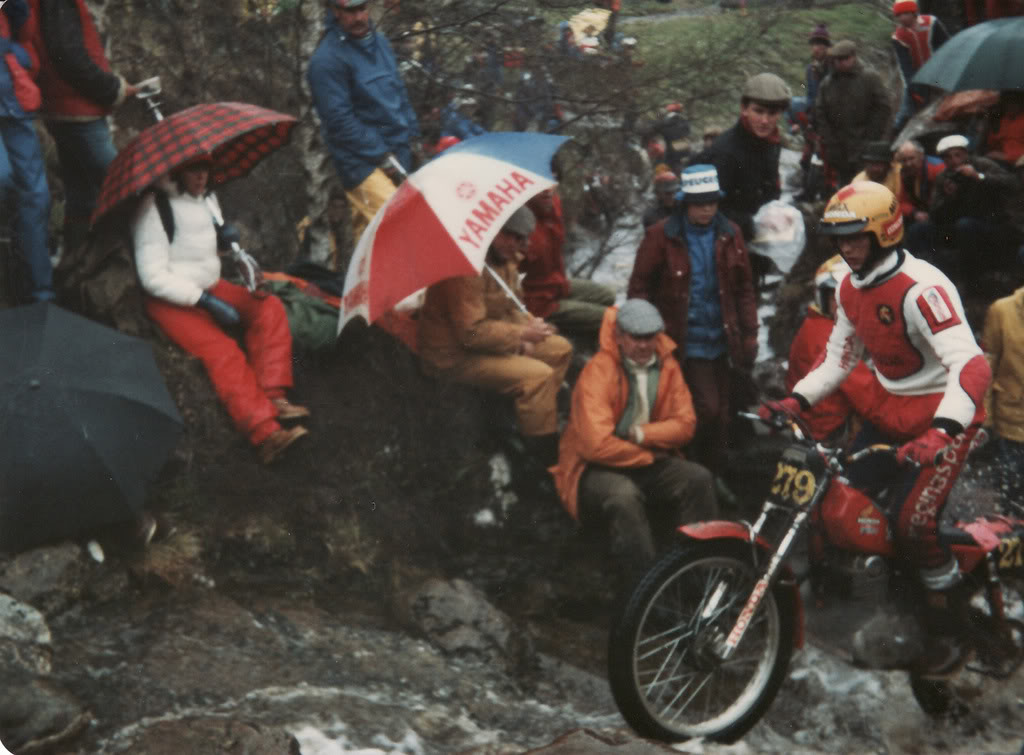