Did you ever suffer from nerves at trials

No and no cramp. Sometime I drive and after the race I am sick but not before

How did you cope with the spectacles whilst you were riding

It, makes it more difficult. When it raining I take off and many people say I ride better. I don’t see the problem I just go. Also because I try to see I rub my face and my face always dirty.

Are you long or short sighted

It is both a little bad. It is possible to see the section without the glasses. It is ok , but it is better with. It is a problem to drive fast but not for the trial

What percentage of your income came from Honda and sponsors?

Before I no like. Now I like everything when there is a big sport on the television. Motorcycles a little, Formula 1 a little. I don’t remember the names but I look.

I don’t use the high bars, I use the low bars. They are enough strong . With no brace it not touch my body

Do you have a favourite photo of yourself riding trials

What award do you treasure the most 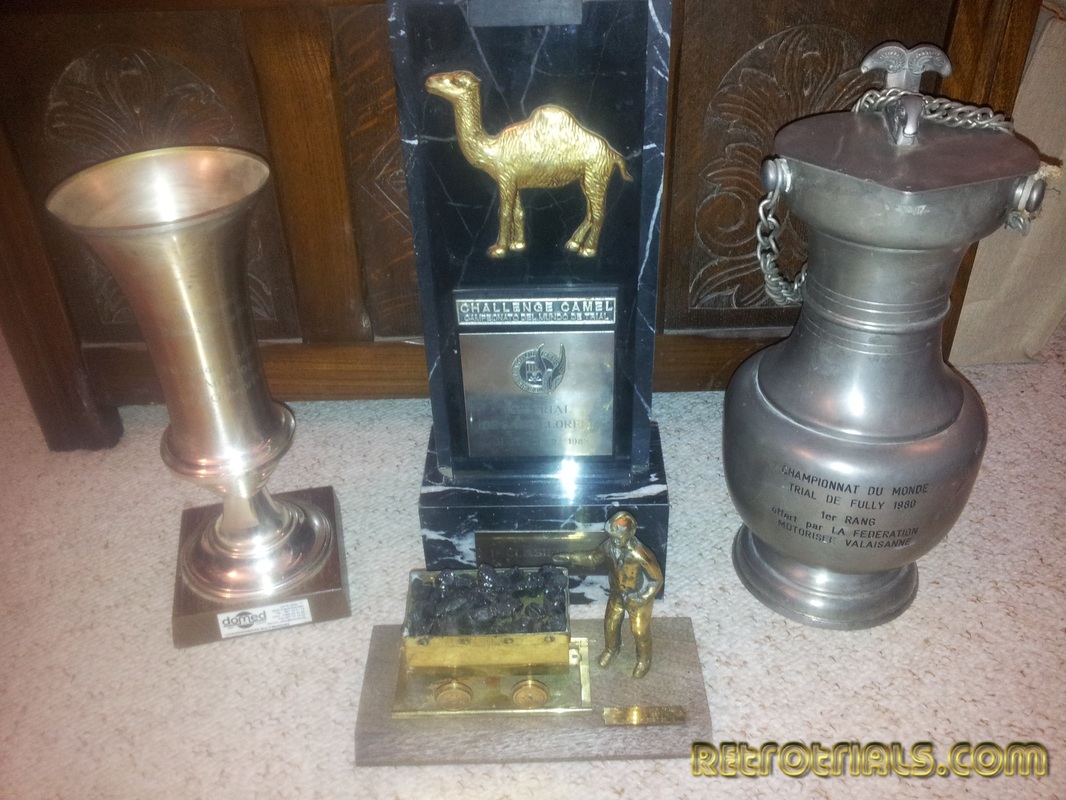 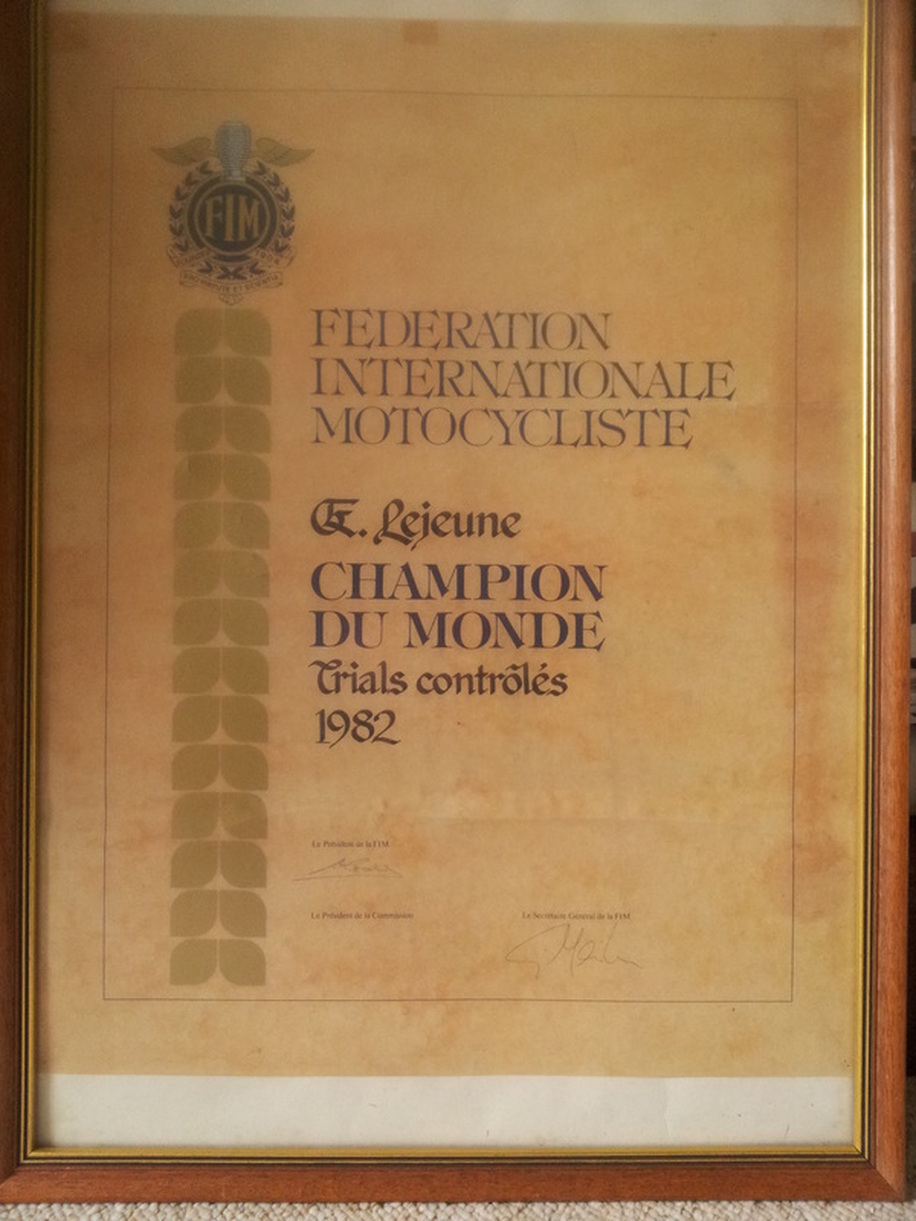 Eddy Lejeune interview 2013 WWW.RETROTRIALS.COM
How many Merlin did you have in one year?

Where did your Merlins go after you ride ?

I think they go to the factory

Are you disappointed not to have ever won the Scottish Six days trials?

Was the money in trials good for you. Did you earn a lot of money?

No, not a lot. For the World Championship and beat many people. When you win at golf for 10 years you make a lot of money, but I win money yes. I think not a lot of people win money in trial. Yes, of course Bou and Schreiber some, Lampkin he win a lot of money, it is England. Vesterinan win not a lot, Karlson, not a lot, Schrieber not a lot and I win a little more. Also I make this 30 years ago and 30 years ago the inflation is incredible. The money is nothing now. A million euro then is a lot of money but a million now is not so much.

Do you look back across your career and have any regrets?

Do you have any lucky items that you rode with and were you superstitious in any way?

Are you good working around the house?

Have you ever tried enduro or motocross road race ?

No, but ski yes

Did you develop any special training to make your thighs stronger?

I don’t know why but when you make trial you are powerful in your arms. 30 years ago I was very fit. I sued to make 100 pump(push up) no problem, now I cannot make 10. Lifts ups I used to make a lot, now nothing. I don’t know why but with trials you don’t look powerful but you are powerful. It’s incredible. You look at trial men and they look normal but they are powerful. I think Bou is incredible and his leg extention.        When I said I don’t practise a lot  I mean I practise 3 days a week. I practise 12 oclock until 3oclock . My brother walked and we begin like this and he catch me so I do not crash. These days they have 3 catchers. I think this is very good training as you can make something very hard no problem.

You were there at the start of the trick riding?

This also needs much power to do this with 100 kilo bike.

Has your wife ever said I am sick of the moto, forget it?

She no like trial, she prefer motocross. We like to be together but she no like the trial. She no go and look, practise she never come.
The Malherbe's and Lejeune's
Who is your favourite sports person outside of trials?

Justina Henin, when did she become World Champion in tennis. She was nobody no body no body and then after she is champion. This was the same for me. Never nobody in trial, nobody,  nobody nobody and after World Champion 3 times and Belguim and after nobody. It’s incredible. It’s like this in many sport. up up up. We have many good rider in Belguim

Why do you think this is?

I think it is because they practise together but then nobody.