In September 2013 Retrotrials was lucky enough to spend a weekend with Tommi Ahvala in Finland . We had some good fun watching a Finnish National Trial , meeting his buddies and going to the family home and visiting his mum.

Back at his family home Tommi's factory Fantic's Trials bikes were almost lost and forgotten under rolls of carpets and the usual garage bits and pieces.  They were in so deep , that it took ten minutes to clear the way to get them out.

During the visit Retrotrials asked him many many questions about his career in the trial and is was all posted online here . Ill post the link up to this interview , at the end of this report.
In 1992 , the simple fact was that Tommi had the 4 time World Champion Jordi Tarres in his sights. Read about the bike that helped Tommi take the title. 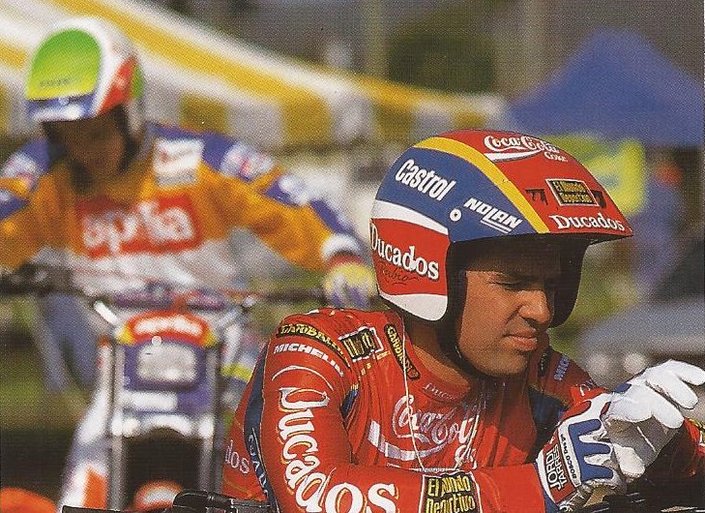 At this time of this article being written all machines are now sold.

Now in 2013 ......I was sworn to secrecy as Tommi approached the seller in Italy , where the bike now resided.  weeks of negotiations followed .....but thankfully the deal was done and Tommi rightfully secured his baby back where it belongs.

Thank you to the former Finnish Beta importer Reijo Niemela for taking the photos for Retrotrials.com
﻿Tommi out for the very first time on the Aprilia after being reunited.﻿
Big smile 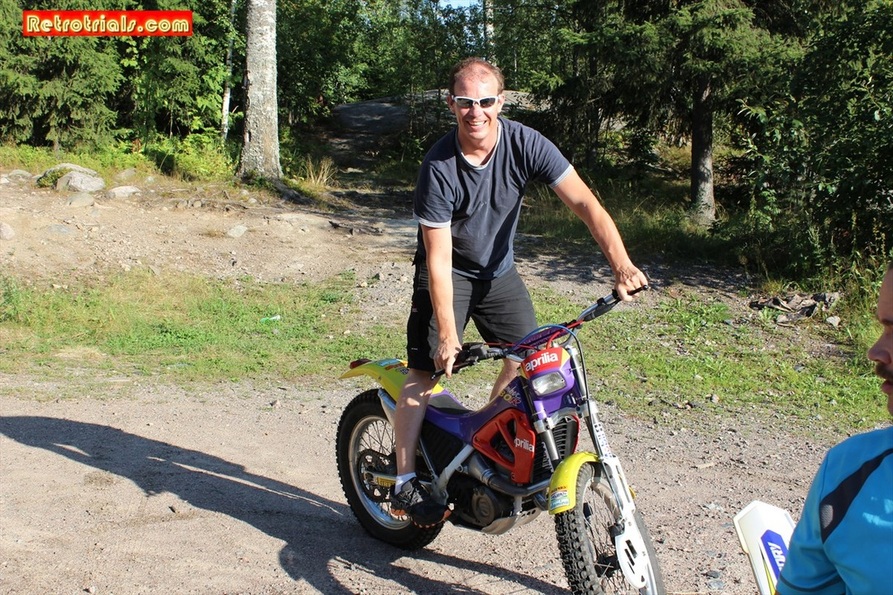