﻿Exerts from the Tommi Ahvala interview exclusively about the 1992 season and the bike.﻿
At the beginning of 92 the first World Round was in Spain and we were at the factory still fixing the bike and making last minute
preparations, we were supposed to leave early so that we could get to Spain early and get prepared for the race you know. Well the factory wanted to repaint my truck as well so it would look good but it took way way longer than expected. We were really rushing through and as soon as the paint got stopped and with the paint still wet we took off from the shop cos we were late for the race. We were there waiting all the time trying to get the guys to rush it and all of our kit was in the back and everything was ready to go and so my brother drove over night so that we could get to Spain and we were there Thursday evening or Friday morning. Everybody else would get there Wednesday so it wasn’t the best preparation and I was really mad and nervous. 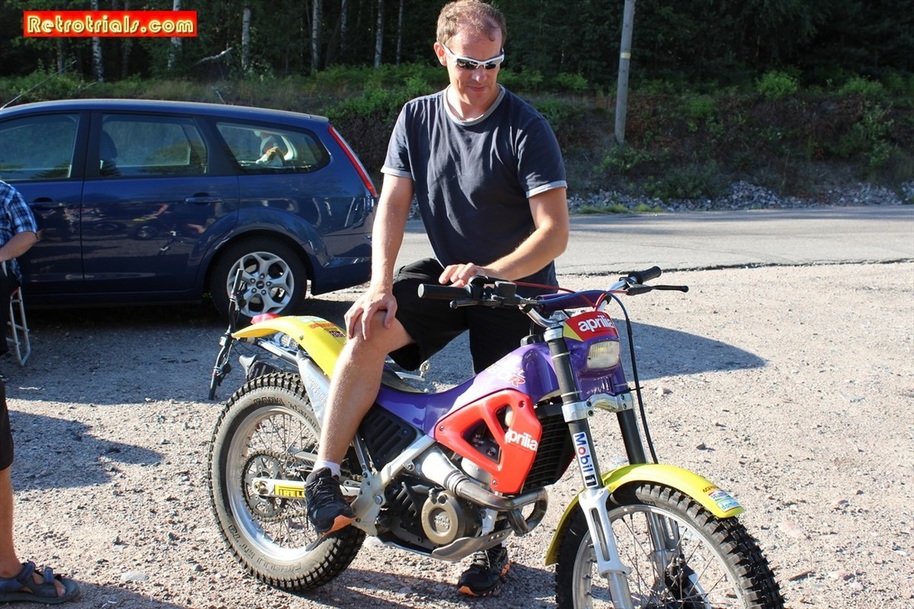 The 1992 Factory Aprilia of Tommi Ahvala www.retrotrials.com
Who did you have in your team at that point?

Which crew did you have with you?

Entra Baldini as my mechanic and then we had a couple of other mechanics and Setro Balado that was our principal. They would all come to the races. Jommi was with me and I think my parents were there too, yeah. They came along as they hoped this 92 season was going to be a good a year for me.

Prior to them had you been back home and at any time dreamt of being World Champion?

No, not really I never really dreamed about it.

Did your parents ever talk to you about it?

No, no never. I never felt any pressure. It was never really discussed. At the end I guess it didn’t really matter like I say. Whether it’s first or tenth it doesn’t matter.
So the preparation for the first World round in 92 wasn’t very good and I was really nervous and wasn’t prepared at all and perhaps it helped me to give a little more out of myself. I won that race. It was really important to start the season with a victory plus it was in Spain in Jordi’s home ground. To win there it made it even better. It kind of got the pressure off us. It wasn’t time for everyone else to demonstrate what they can do themselves and see if they can beat me instead of me trying to beat them. It was really good feeling.

Was that Spanish trial a really hard trial? Did you win by many points?

No, I think it was pretty tight probably if I had to guess I think I had about 50 points but I don’t remember what kind of margin. It
didn’t really matter. At this point we got stopped in the forest by autograph hunters – short chat with a young boy and his mum. 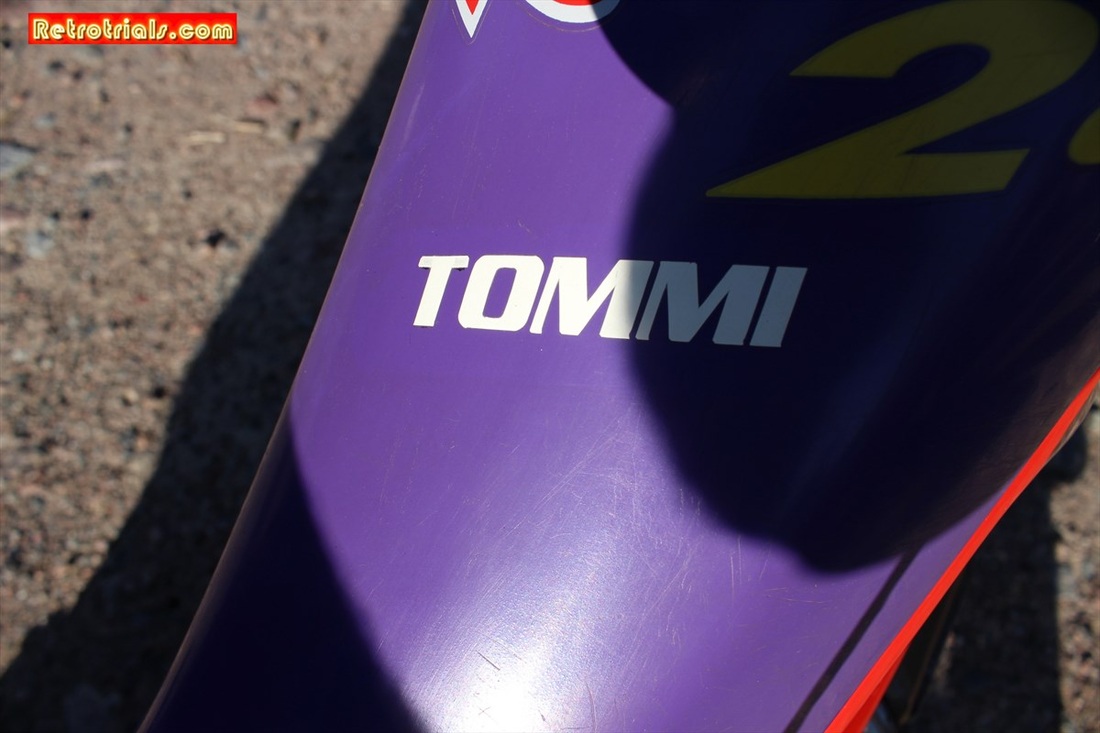 The 1992 Factory Aprilia of Tommi Ahvala www.retrotrials.com
What other rounds of note can you remember as you move through the year?

Of course that one in Andorra stands out a lot and in Italy we almost ran out of time and penalty time. The French round which I think was the next round was the 2nd race of my career which I think I rode exceptionally good. There was no one that could beat me that day. I rode so much better. Andorra was a disaster as I had a pretty comfortable lead going into that race and Jordi managed to win it and I was 13th and basically I threw that advantage away and also I was not trying to catch everybody so it changed the whole year. Nothing clicked that day. I never liked water sections and it was nothing but water and our bike probably want best at getting traction, but I can’t blame it on the bike it was all me. I was just having a really bad day. Nothing really worked all day. It was terrible. 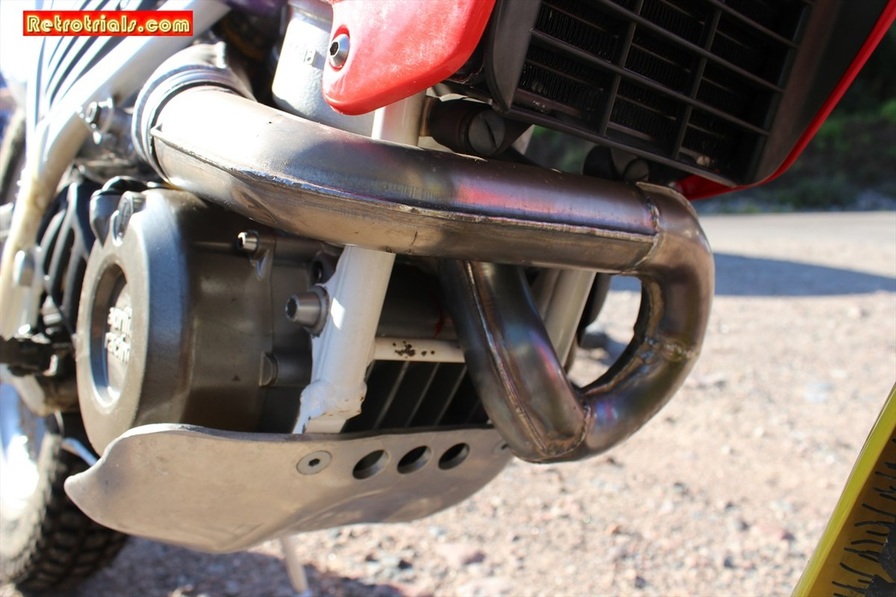 The 1992 Factory Aprilia of Tommi Ahvala www.retrotrials.com
Then it put pressure on us and we threw the good work we done all year and threw it all away. Now we are behind. This was in the middle of the season. Then at Italy there were 3 water sections and I crashed my bike 3 times and submerged it completely, just like you said you did with your Aprilia and we had to get it started again so I almost ran out of time there as well so, I think I had a pretty decent result there but it was a matter of 30 or 40 seconds and I would have run out of time altogether and disqualified. It was very critical I get the finish, of course that happened just a couple of rounds after Andorra, so by that time I was really scared of water ha ha ha and every water section I was nervous about. It wasn’t a good start.