RT - What year did you start with Mecatecno

RT - Why did you go to Mecatecno and leave everything at Derbi?

Jordi say “Because he was very young and he don’t know what it is like to feel pain”. 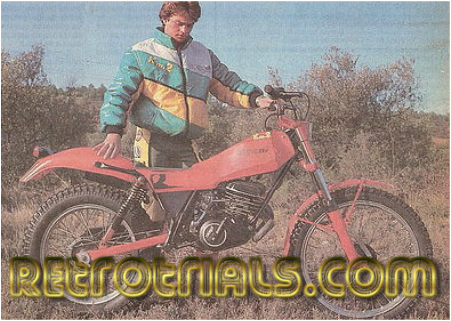 Marcel Corches with the one off - Derbi trial prototype 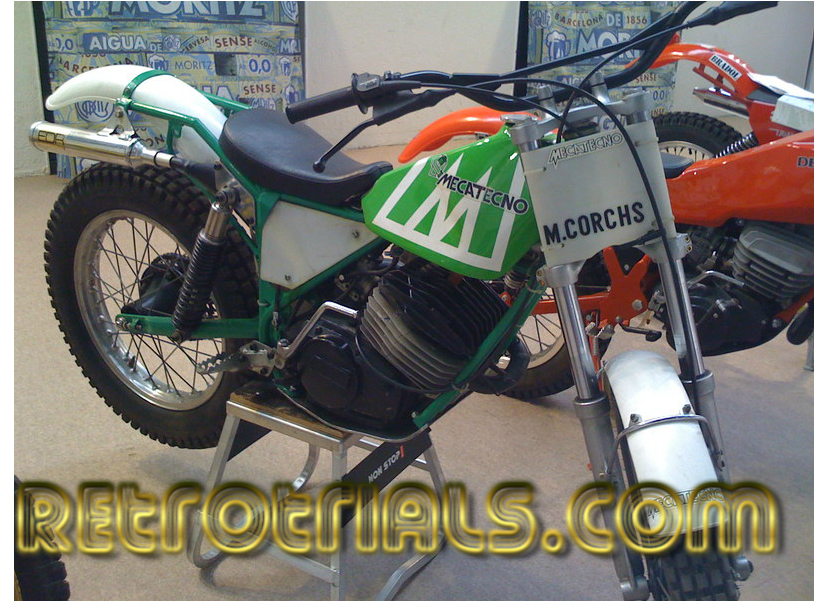 This one off prototype by Mecatecno featured a 180cc engine and was inspired by the Fantic 200. It was designed by Ramon Mira and Jordi Rabasa in addition to Joan Ruiz.
Ramon say  I wanted to work for a small company and have more control over the motorcycles i was designing. There is much more control working for a small company. I also wanted to break free and become in control of my future.

Ramon then produced a portfolio carefully presented in a folder. Within the folder was the sales sheets of the many motorcycles that he designed at Mecatecno. It is clear that ramon is very proud of his work.

RT - Do you have any Mecatecnos as your home

RT - Do you ride motorcycles

RT - What is your favourite thing that you designed at Mecatecno ?

The trial engine of Mecatecno. This engine had many prototypes. It was built originally with a 5 speed gear box. This gear box also has a lever to change between 2 ratios. (a bit like the Landrover higher and lower ratios). The first engine in one of the prototype had a chain driven clutch. We change the engine many times. The air is sucked from the under the fuel tank .We change this as not enough air goes to the engine.  The prototype at the Barcelona show had no engine internals. 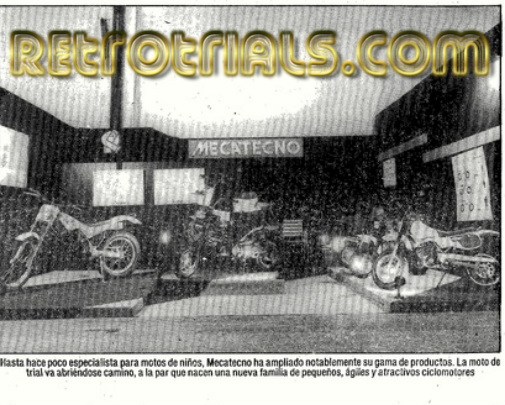 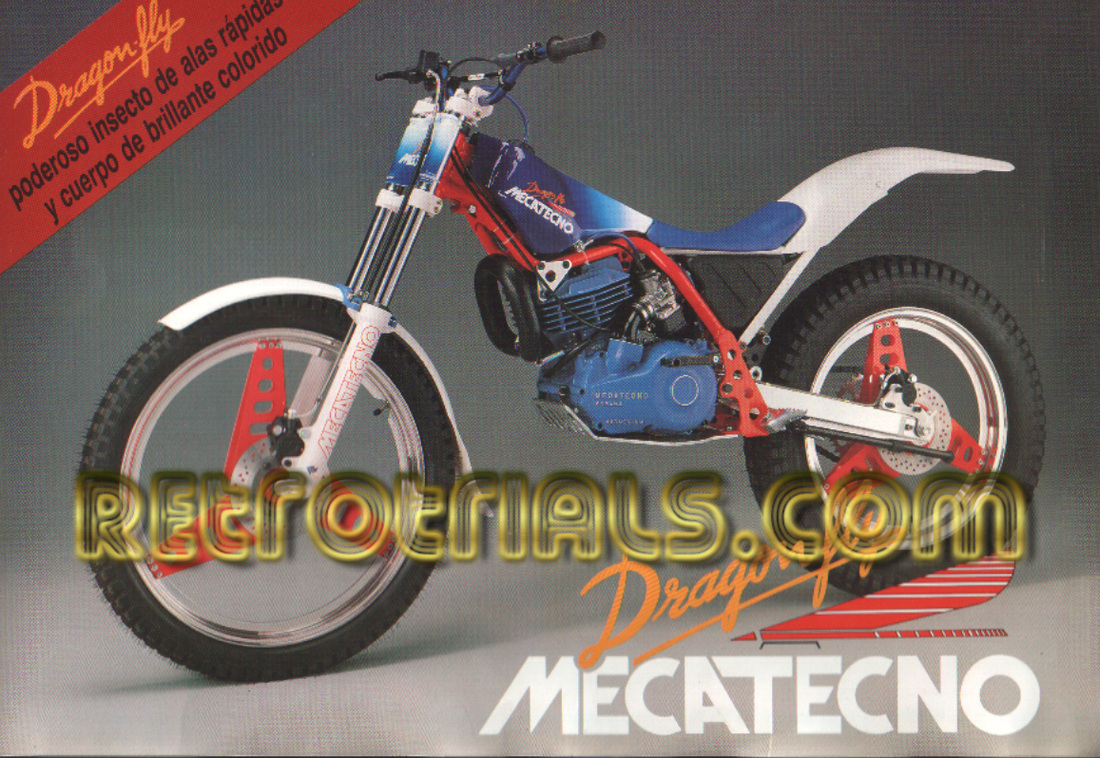 The most gorgeous Trials bike ever produced .The 326cc Mecatecno Dragonfly. This was Ramon's joint favourite design. 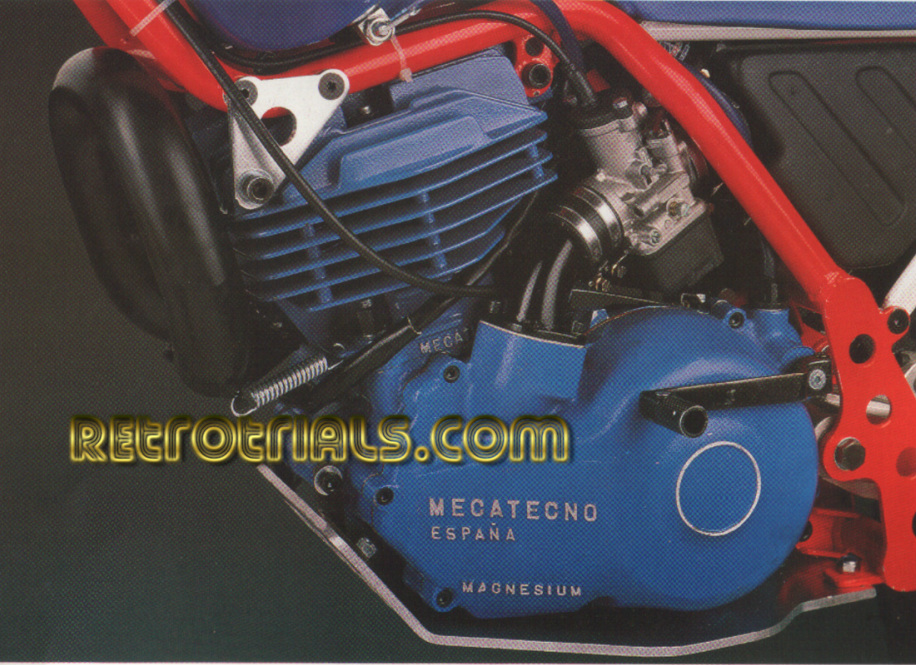 Ramon designed the rotary valve engine as well. It was Mecatecno's own engine 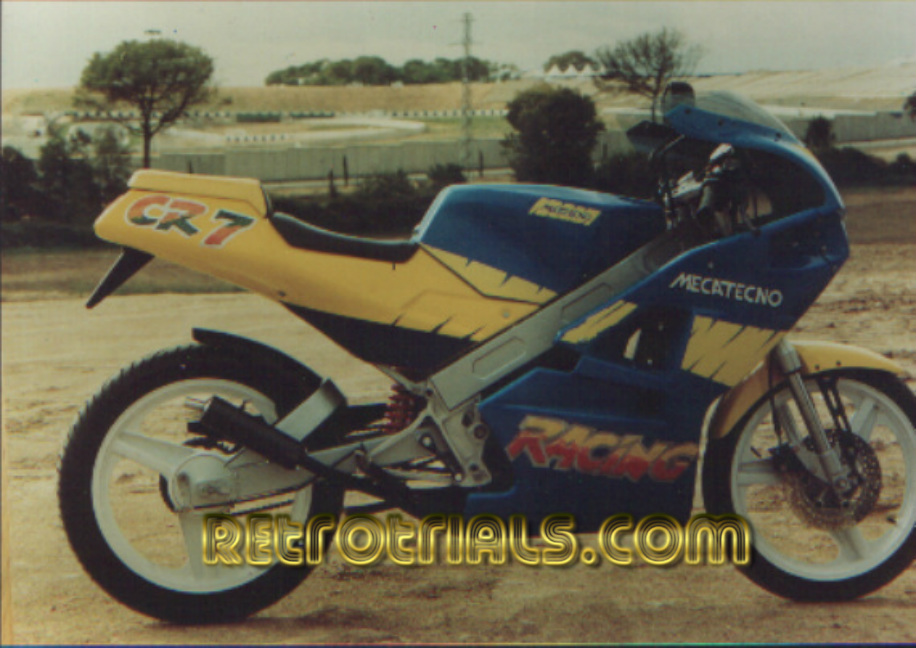 Ramon designed the Mecatecno CR7 which was a financial success. they sold very well. This was one of Ramon's favorite designs 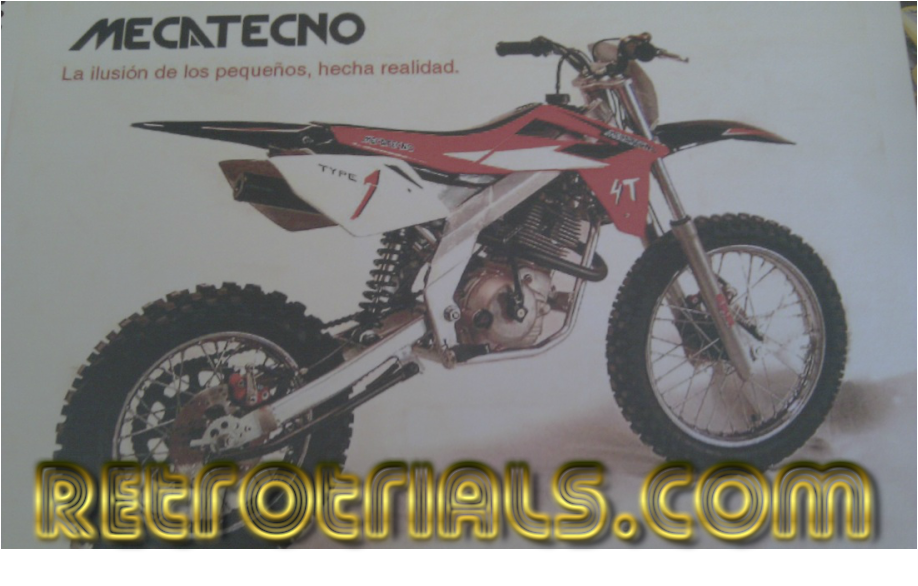 This is the only picture of Mecatecno last motorcycle. It was designed and produced in the early 1990's and was another of Ramon's designs
The Els Xops factory of Mecatecno was  small with only one office and it was a very busy place. Where abouts did you design and do your work?.

On the first floor halfway down the left hand side i have my office. The floor was created in about 1984. It was this floor where the welding and grinding would take place.

RT - Where abouts do you live now ?

In Vic near Barcelona

RT - Which was the motorcycle from Mecatecno that you are most proud of?

RT - What did you do after you leave Mecatecno when it closes?

I work for a large company designing municipal lighting. I am retied from work now. 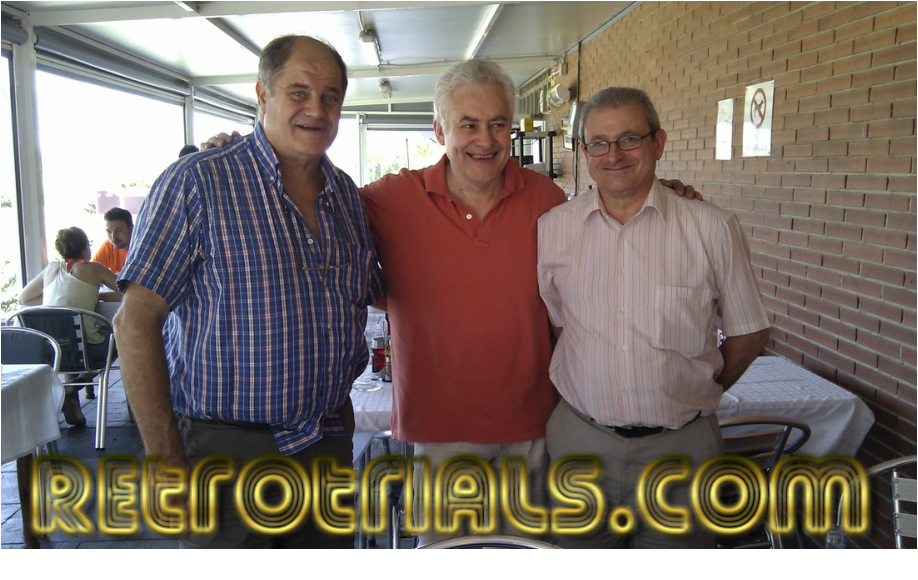