I was Sponsored by Shell Oils and I did the launch of Shell advance, that was great times. When doing shows, I would have one bike for the tricks and one bike for other wheel spinning tricks and donuts, get ons, back in's etc  and also for practising off road (Trials). The bike for the tricks was set up completely differently from the other one, so I couldn’t do it with one. The trick bike was set up on softer suspension because I used bald tyres that were hand me downs from my Donut bike, I got more out of a Michelin that anyone lol,
I use to take them off my stunt bike when the weave came through. These bald tyres plus about 9 pound in rear gave me stability during tricks. That's why the suspension was softer because I lost a lot of it through having 9lb in the rear tyre!! While on GasGas they threw so many bikes at me, I had two bikes at once. They wanted to keep turning them over. I would send them back to them or sell on myself, and I’d have the new bikes. The trouble is that I would just get one bike smack on and then I’d go up to my dads yard and there would be a brand new GasGas box with a new bike there. I’d go “Oh no, for **** sake, not another bike”. I had just got my 3 week old bike smack on, how I wanted it and I had a new one. I just had to cope with it, but it kept me busy sorting them all out and all my mates had new GasGas's so the John's were wise guys, getting the bikes out there mean more spares etc. It was GasGas mad around my area when I was on them. Some of the bikes were special though.The bike there in that poster was one of those. Shirty did 2 special bikes for me and Colley that one with special bits on it. We had gold engine brackets, the forks were gold with red bottoms and red/gold clamps. It was lovely. On mine though, the master cylinders were chrome. I gave them to Colley when I finished with them and he rode with them on in the Bercy Indoor Arena 1996 trial. When you get given so many bikes you don’t think anything of them. I wish I’d kept that special one. The Gas Gas JTR 270 had a lovely engine. 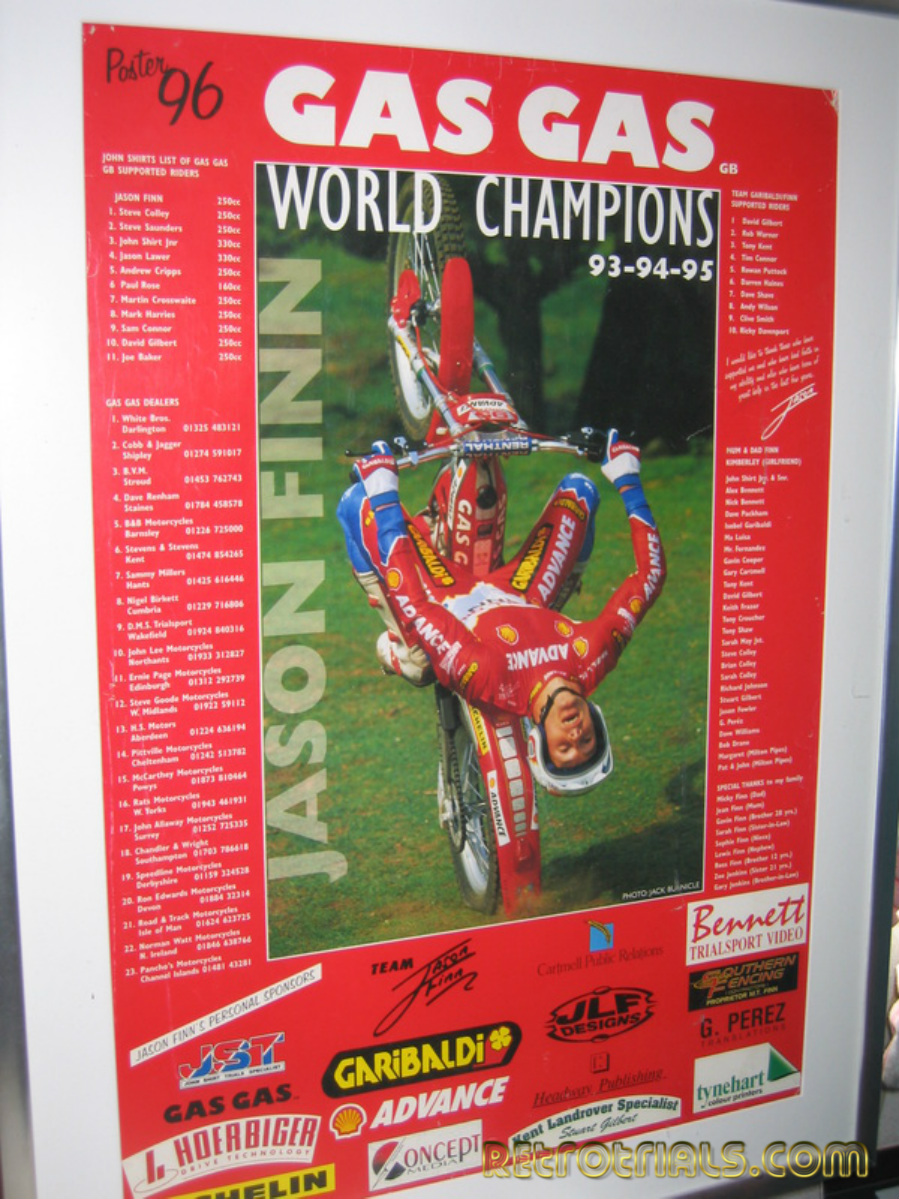 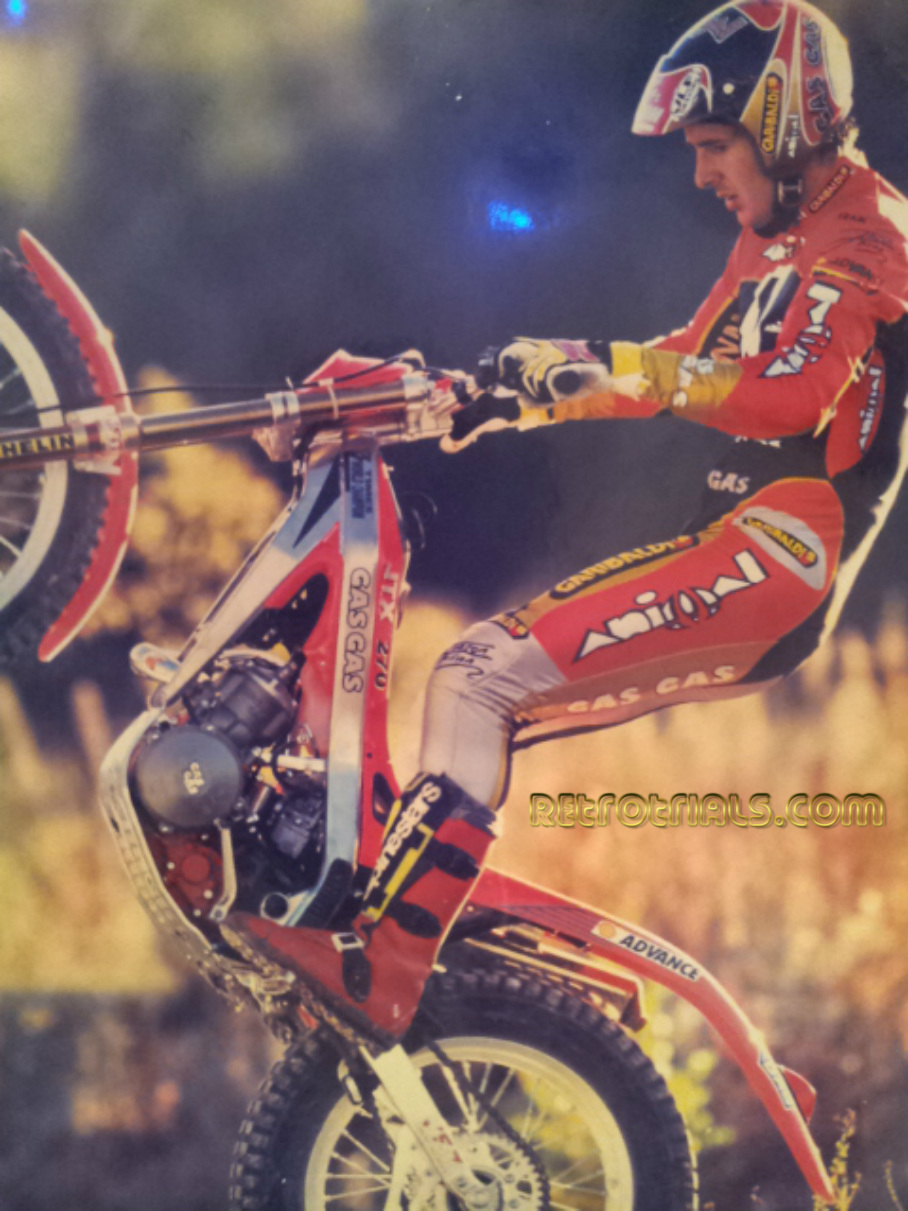 Jason Finn - Trials Freestyler - Exclusive Interview
Jason Practising
Shirty did not develop mine, as I use to like it how it was, he tinkered with min. Colley's bike did have a lot of testing bits, footrests different positions, I hated trying stuff. At this time I felt Shirty was appreciating me and liked what I was doing and clicked with the Gasser, it suited my riding style, so we had a brilliant relationship. I had great sponsorship with the bikes, spares, especially fork seals. I used to blow a lot doing the tricks and Shirty used to send me down most of the fork leg…well the casings they were in, no messing around, I got a whole bag of them from him. I was all ways popping them. I did a Rear shock (Only One) on a Saturday at a 2 day show in Skegness for Motorcycle News and Shirty got someone to drive all the way and deliver it to me personally for me to use for the Sunday shows. In 1998, I left GasGas on good terms. I always rode the bike I thought was best for me. John has since told me regarding the sponsorship that I had from him back in the old days…he said Jas those days have gone, he said its nothing like when you rode for us in the 90's Jas.
Jason taking his good friend and God father to his children Dare Devil Eddie Kidd ,out on a trip to the set of a James Bond Movie
Eddie gave Jason the leathers that he was wearing when he came off and unfortunately massively injured himself