Continuation of interview.....together with more photos 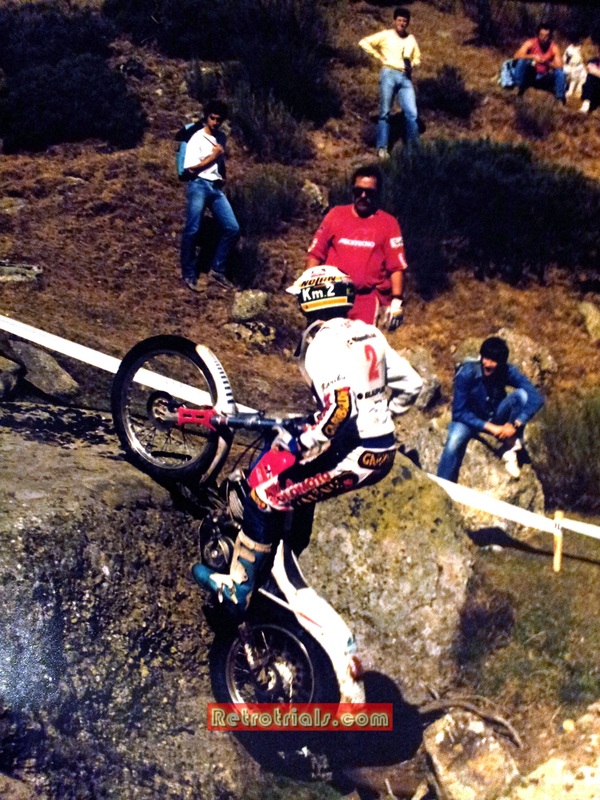 LLUIS GALLACH ON THE MECATECNO SKYWALKER
Who asked you at Merlin?

Did you know Juan Friexas and was he working at Merlin?

Yes, he was there and is a good friend

Did you go to Merlin and say there is a problem with the Montesa and I need another bike to ride for next year or did Merlin come to you?

Merlin come to me

How was the Merlin compared with the Montesa?

Who made the changes to the bike at Merlin?

He work at Toreo always. He work for Merlin then and it is the same now for Sherco

LLUIS GALLACH ON THE MECATECNO DRAGONFLY
How did you feel about riding the Merlin and it is quite a strange bike at the time?

I didn’t think so. It had a big engine and the inspiration come from Bultaco

When you worked for Merlin at 18, were you still living with your parents?

When you travelled to the trials, who did you travel with?

What memories do you have of working with Merlin?

Were you at Merlin whilst it was based in Fornells, or did you work for Merlin at the factory before?

No, I always work at Fornells factory

Tell me about Ignacio Bulto and working for him?

Ignacio was a good boss and he knows the competition well and he helps me many times at the trial. He knows the set up of the bike and the settings for the bike. With Ignacio it is a very good feeling. With Pere Arpa it is very different. He is the boss and is a very hard man. I go to him to discuss the contract and he is a very hard man with this, but always friendly

In 1984 the Merlin DG 350 Gallach Replica was released. Did you design the bike or Paxau?

I design many things on the bike. I design the tank and want it small. I try many tanks and I choose this one as I can turn the bike well

What other changes were there on the Gallach Replica over the DG350 before?

The wheels were changed along with the tank. Also the front forks were new made by Telesco. The Gallach engine is almost the same but it is a little different. The exhaust is different and the silencer is very small which change the power of the bike and make it better.

This bike make me very happy. It is a much better bike after all of this evolution

In 1985 at the time of the twinshock  Gallach Replica bike that we talk about there were monoshock bikes riding the World Championship, Why was the Gallach not a monoshock at this time?

It is the evolution from the factory that is all

Paxau made a monoshock bike based upon the Merlin, was this for Merlin or himself?

For himself first, but Merlin needs to buy this bike, but Paxau and the factory do not agree the money to take the bike 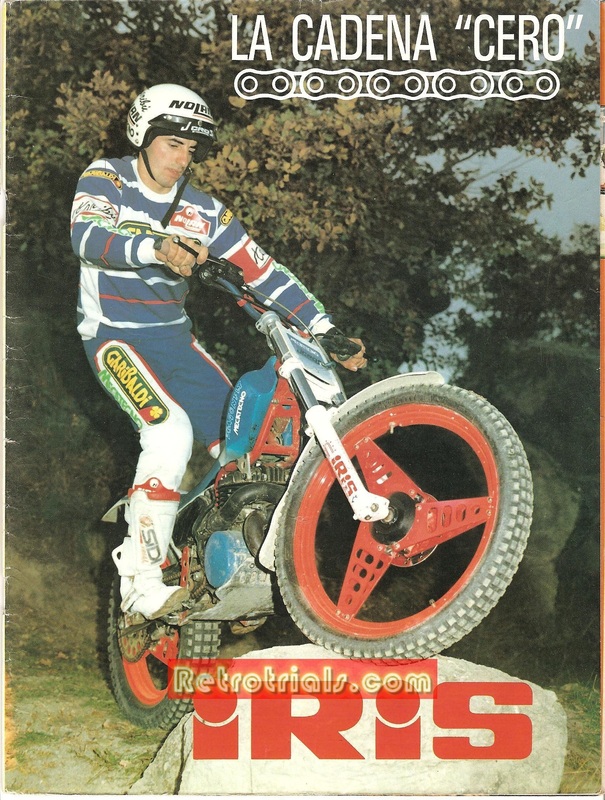 LLUIS GALLACH ON THE MECATECNO DRAGONFLY
Why the strange 6 spoke wheel in the bike? No one else did this?

No, this kind of wheels I like this very much but after stop because there is danger. I do not know who is the first man who think of this wheel. It is possible to have tubeless tyres on the front and rear

Where are those Merlin bikes of yours now?

Were you happy with your results on the Merlin?

Yes, very, 2 championships in Spain and good results in the world. I ride the Scottish Six Days on the Montesa and the Merlin

What were the good things or the bad things about working for Merlin?

No, I do not think of this. I was young and all I think of in the head about is the practice. At this time, it was very special for me and they do a lot of work on my bike which is good for me

Did you ever see the watercooled Merlin trial bike?

No, I never see. I think first there is a 125 watercooled

Because Montesa have a new bike which was advanced and they ask me if it is possible and give me a contract for more money. It was good money and good team. It was a monoshock bike. The Merlin is the FIUS. I test FIUS and don’t like it. It is a big bike. It was not possible to test the Montesa as the bike was not finished but it sound good. After, there were problems with the engine. The engine was very difficult to ride in the trial and go slow and in the wet trials, the engine was not every good

Did Ignacio try and keep you at Merlin?

Yes, they say don’t go but the problem is the bike, FIUS, not very good. I don’t like

After some excellent results in 1986 your results slipped and you came 17th in the World, why was this?

My level is not good, and there is many good riders to beat

Why was your level not very good?

Maybe I was training too much. This can happen. If I change something maybe I train for many hours and this is good. I practise a lot at Montesa. When I go to competition I was tired as I train too much 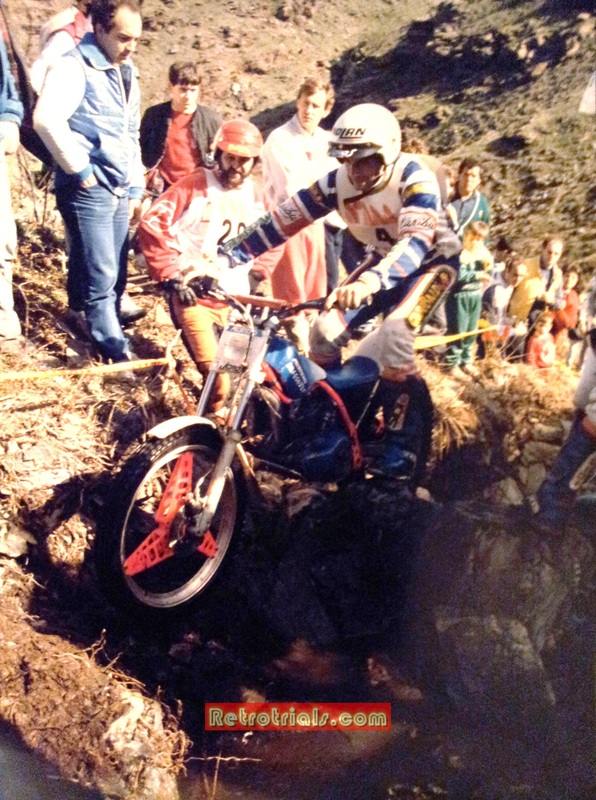