I have to admit i was not aware of this technique. Coat the paint stripper on and then seal it in polythene letting the gases ad vapour work. 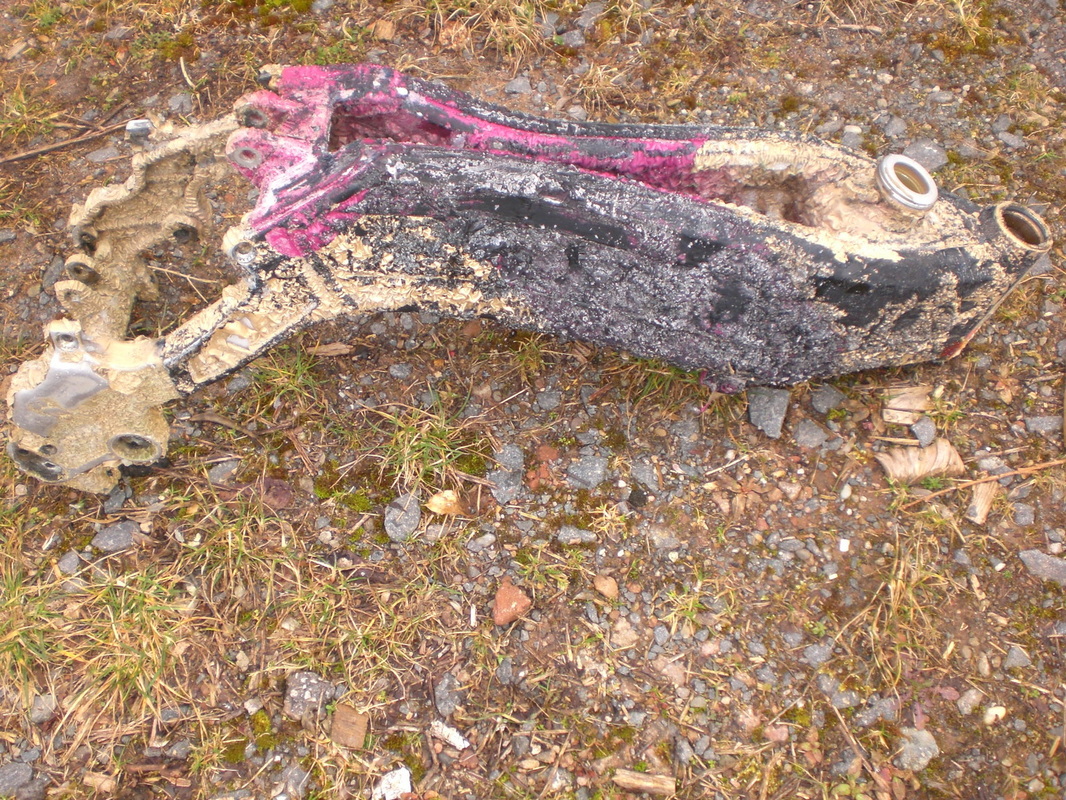 1988 JordiTarres Beta proto replica www.retrotrials.com
It seems to have done the job very well without resorting to a scraper and a blow torch which would have caused a lot more
work with the alloy. 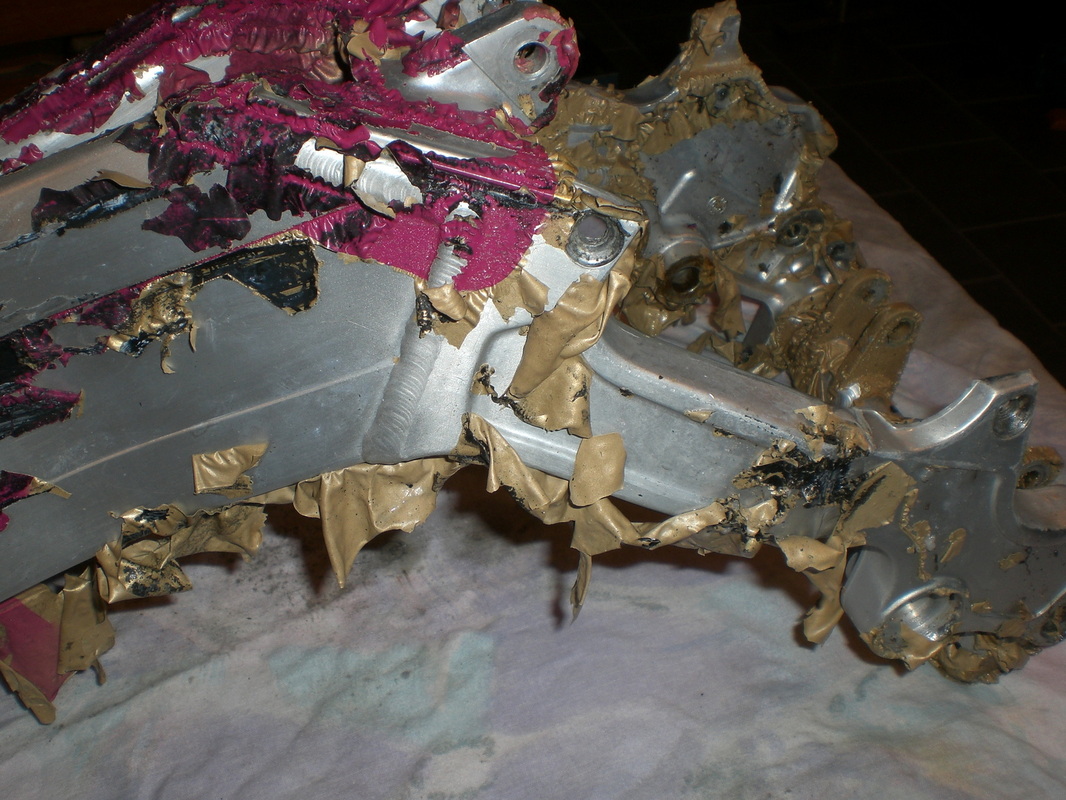 1988 JordiTarres Beta proto replica www.retrotrials.com
Under the paint, a very nice, almost new looking frame came to light. That was the right frame for the bike. I had to use the
color ex four times and needed around one day, but it was the only way to get a perfect frame with almost no scratches. 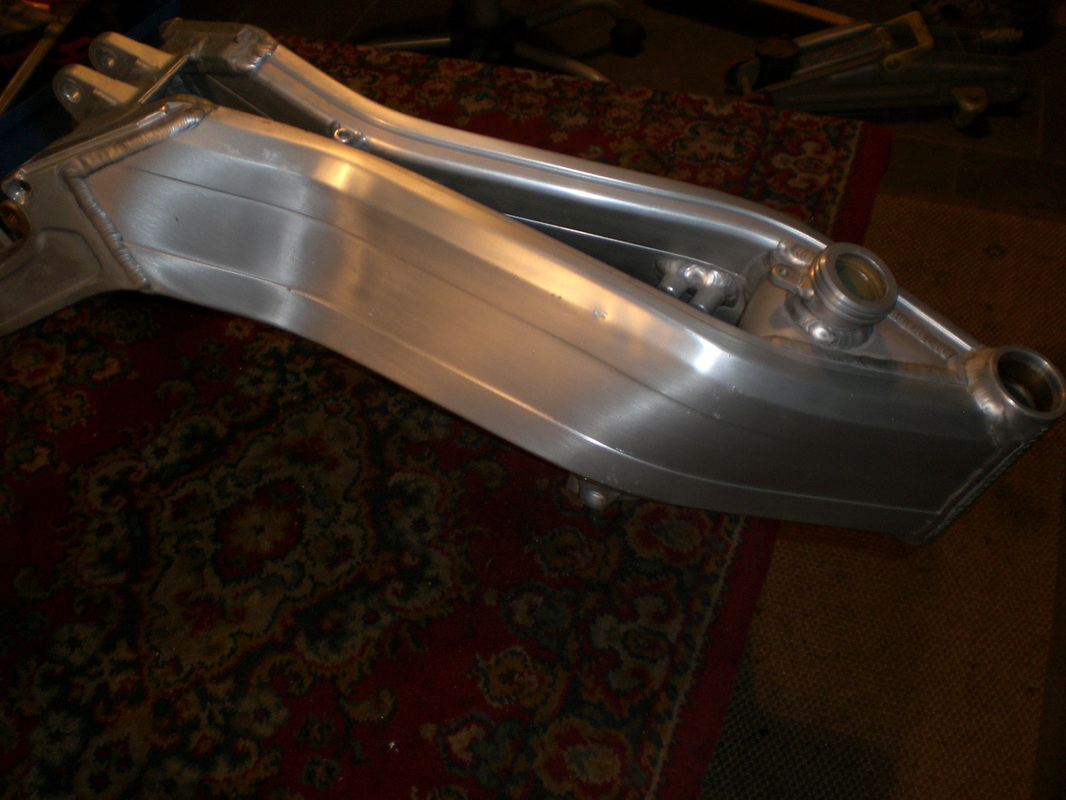 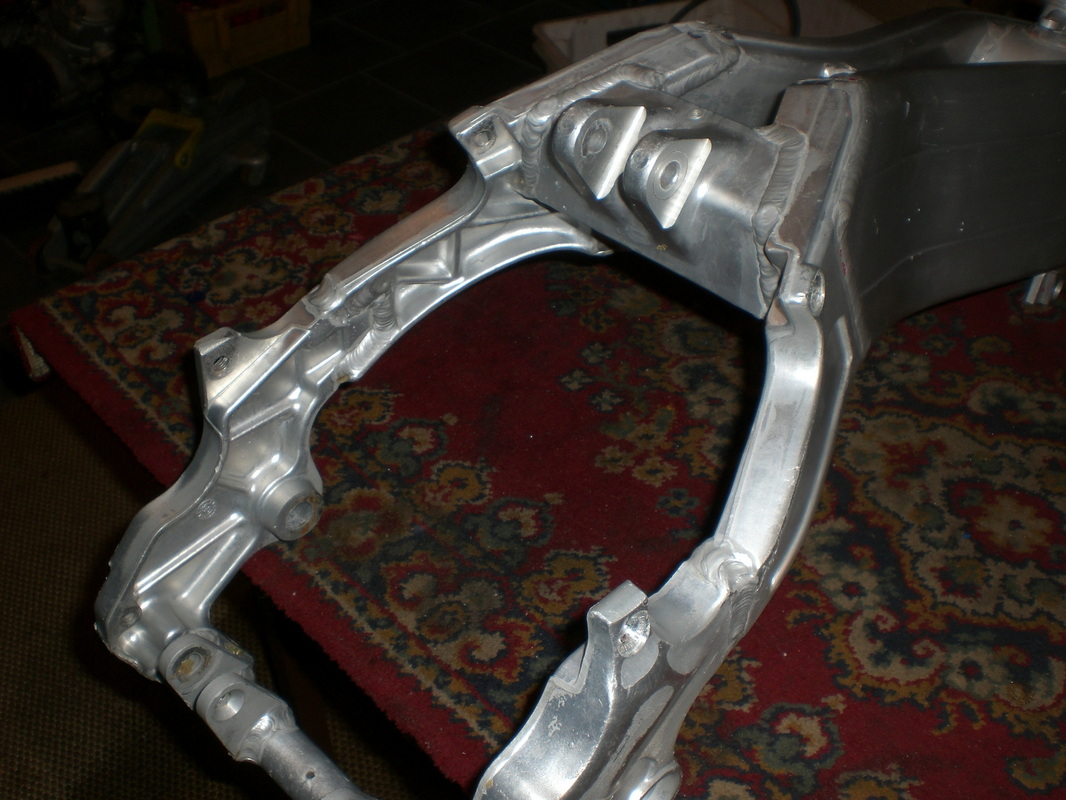 1988 JordiTarres Beta proto replica www.retrotrials.com
On the Prototype they used the fork yokes of the ´90 Zero. They are different to the following models. The upper yoke on the
´90 Zero was red and the color had also to removed.
The right fork rod was broken underneath what I had not noticed before. So I had to repair the fork rod by welding. Anyway the fork was in good condition and after I had changed the seals and the fork oil it was ready to install.
Let me say something about the screws for the bike. For me it was indispensable to use exact the same screws as on the factory bike.  Most of the screws were galavanized gold on the japan test bike. In fact that the screws are not available on the market, I decided to get all the needed screws in every needed shape and dimension to a company for galvanizing. It took around four days to get them back. I was really amazed when I saw the box full with golden screws.  Absolut fantastic.
On particular points the Beta factory have used titan screws.
For the foot pegs, handlebar, fork yokes, down struts, brake caliper and so on.
Those conical allen screws in Titan would have cost an arm and a leg. Every single screw around nine pounds and more. It depends on the size.  So I decided to get a normal looking Allen screw into a conical by a lather machine. It needed around three hours to get thirty screws in different sizes into the right shape. After polishing the screws they were looking absolute same as the titan screws of the proto bike. For me it was ok to use stainless steel screws instead of titan. The weight of the bike was not a criterion for me.