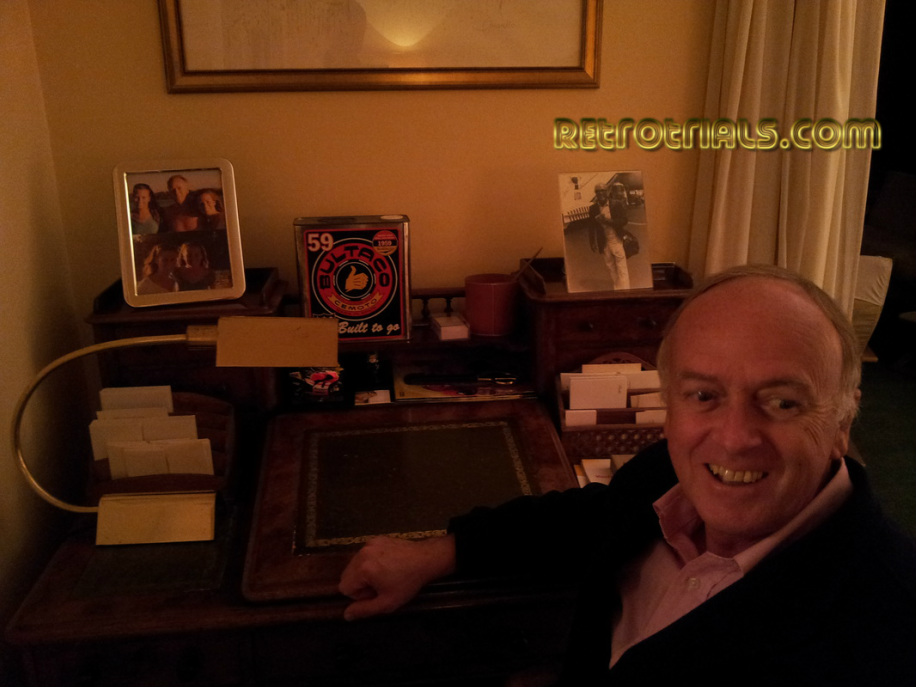 Ignacio Bulto interview Bultaco
I tell you what I loved at the time, perhaps it is not the real truth. It is my truth, it is mine

Do you think bultaco had to many models of bikes and it was too much to keep on top of this, was this true?

No because the problem was not the quantity of models

What was the maximum annual production of motorcycle s from bultaco?

Yes, too much workers for to small production. My father had written this

Back then you knew this?

Not so much because of the circumstance of the worker market was much different then. It’s the dictator years it was so different from democracy.

Each worker was much cheaper at that time. Chinese people now they are started to be pretty expensive. Before, 10 years ago, Chinese people were nothing to employ

How many Sherpas did bultaco produce?

Did your mother every work for bultaco ?

No my mother work for the family at home, 10 children, a big production, but my mother had helped a lot with San Antontio trials and the special events. My father he wanted to invite his big distributors to have 2 or 3 days there. He would talk to them and they would go riding in the
mountains. My mother would care for them and look after them.

I have a friend called Dereck Cranfield who worked for Comerfords. he was one of the managers in the UK. They tell me about your father having the petrol tanks in his office and he liked to design the tanks and they tell me your father was very sociable. 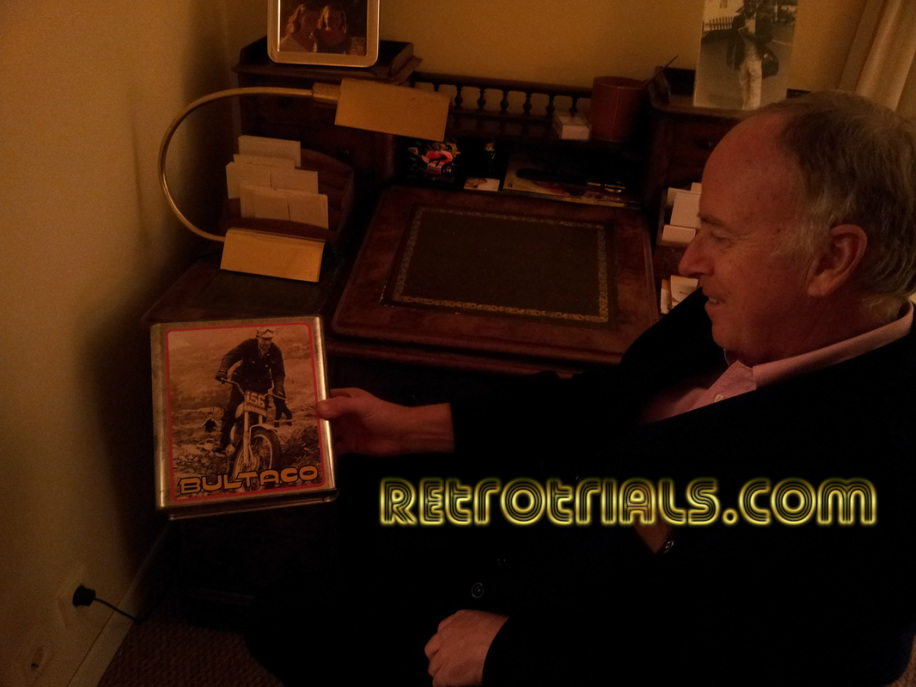 Ignacio Bulto interview Bultaco
Do you think that bultaco was expensive company to run. Were there to managers in comparison to the amount of workers?

No, I think there were too many Indians in production. After I have Merlin and I know the ration of every worker, every direct worker. The production should have been much better that 550 person to make 24000 bikes.

In terms of sales which were the most successful bultacos?

There have been many of them. The real success of Bultaco  in terms of business started with the  Mercurio. The Mercurio is a modest and humble bike but the vision of the team was that the Mercurio was a substitute of the Borito. It is a small horse that in many places in Spain they were still using small Borito to move merchandise up and down. This took the Borios place. They were riding these everywhere from village to village. This was very good for bultaco they sell a lot of mercurio to all these people. It was a very good bike to start with. The banner or the image of bultaco was the tralla the red one that is very beautiful bike for this moment, 125 cc, very sporty but the motorcycle that brought the money to the factory was the Mercurio.

Before the strike was bultaco always running in profit or was it hard to survive?

It was profitable, pretty profitable. I know then last 2 or 3 years there was a lot of pain and most difficult but during the 60s and the 70s it was successful company I remember my father had a figure that he tried to accomplish and this was to give at least 12% of the money that people had in the society to these people. If at the time you have out 100 percent in the bultaco sociaty they got 12 % in return. Yes, my father figure was to give you 12%.

At the time that the strikes were happening when things were going bad, what did your father try and do to sort things out?

My father tried to hold once again the chance of making a joint venture he was talking with Suzuki and he was taking with Yamaha and was talking with Honda but the moment was complicate and to buy a factory with so many workers inside with so many trade union people inside was difficult and also the average age of the directors of the company was quite old. They were all getting to old to have the energy to fight and to fight in that so complicated moment

Looking back do you think there was anything that could have been done back then, that wasn’t done to sort the problems out?

Always you can do more but it was very difficult 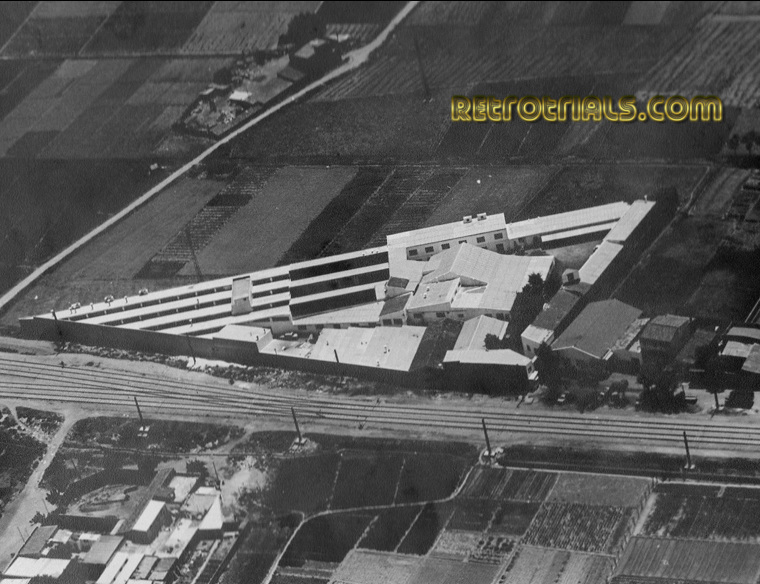 Ignacio Bulto interview Bultaco
What do you remembers about the last days of bultaco and the way that things closed and the workers leaving?

Do you remember your last day at the factory?

Yes, my last day at the factory was one day that my father has told me to go to a dealer in the Pyrenees that we had to get money from them and I had to go there and perhaps he has done this because the atmosphere was so bad in the factory. I think my father know it will be bad as my father goes there and he gets closed in inside and kidnapped inside the factory for one night complete by all this trade union.

They did not allow Paco or my father to go home

Why, what did they want?

They wanted a solution that my father didn’t have

Are you saying that they were in the same room talking with Paco?

No, they said to my father you will not get out of here, they were stopped by force, they were in one of the management rooms and they couldn’t get out. He was there with some of his friends from the early days. It was violent and they hang nearby on the outside of the factory a puppet like my father Paco Bulto. It was a pretty complicated moment and perhaps this is why my father tell me to go away and collect this moment and stay away. When I had finished the collection it was impossible, no one was going in and none was going out . I went there and I couldn’t go inside so I eventually go home 10 kilometers to Barcelona. At this time I was married and living here. 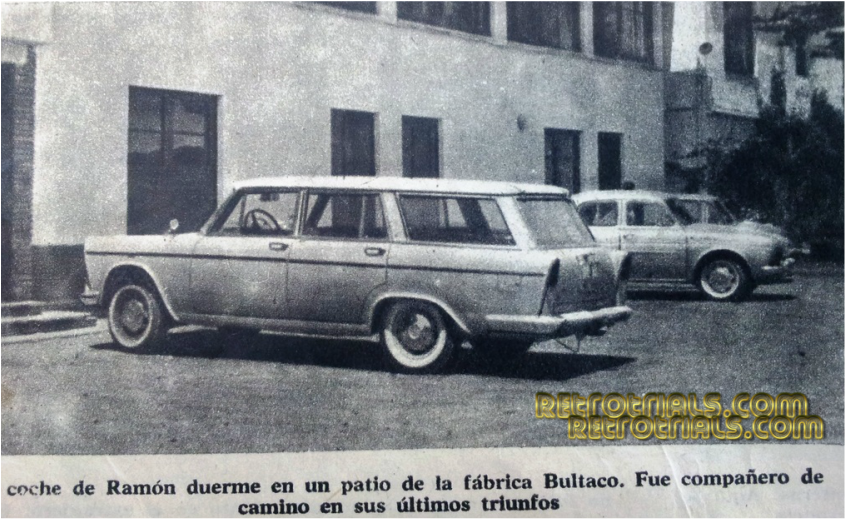