How did you get your first break internationally then?

At the first World Round I was 16, nobody knew anything about me or who I was. At the very first race of course back then the starting time was really crucial and we had only the big group of 90 riders I think or 85 riders and the top riders and so there was big difference if you had to start as the first rider or the last rider of the pack. I happened to pick the last time before the top 15 guys at my very first race. So the very first World Round I was there with all the top guys. You know I was there with Michaud, Lejeune and all the world round guys. I could ride pretty decent ,so of course all of the factory guys would see me in the sections and they didn’t know who I was, they just saw this little kid who was riding pretty good so all of the factories were actually knocking on my door after the first couple World Rounds.

After the first World Round we got a lot of offers. They started talking to me and you know offering me stuff, direct from the factories.

Had you travelled down there with a number of pals to go riding?

Yeah, like I said, my parents took me there when I was 14 or 15 to practise in the winter time, but also to get used to being abroad and away from home and seeing foreigners and they eat the same bread and they breathe the same air and there’s nothing special about it. A lot of people when they go abroad everything is new and different and they use a lot of energy just to travel and just being abroad and for us, my parents taught me travelling is just something you need to do to get somewhere to do what you need to do. We have to get used to it, the environment, being abroad and then use all of the energy when we ride at the locations. So we went there when I was 14 and when I was 16 that was my first trip by myself with my neighbour kid as well actually. We packed our little van and off we go, two month in Spain and of course back then we didn’t have GPS or cell phones and we were kind of remote and isolated from everything there.
Tommi leaves home for the first time with his trials pal and neighbour . They're heading a long way away for Spain and the World Championship rounds. 1988
I think I was 21st at that first event in Spain if I remember.

What bike were you riding in that trial?

A little Fantic. My family, we were not a poor family but we are not from the wealthy family by any means so my parents had to use all of their resources to get me there. We were kind of struggling, well they were struggling. They put all their money and effort into getting me there. Luckily the local Fantic importer helped me a lot to. He helped me with the bike. I had two engines for it. I had only one bike but two engines because I had to ride 125cc in Finland and 250, I think it was 250 at the World Rounds. So I would come back here for the Finnish Championships, we would just swap engines on the bike and this would work out good. Luckily, the factories had interest in me and I got a factory contract pretty quick. It worked out really good.
1988 The Spanish World trial at St Llorenc de Morunys
Do you get much mud up here in Finland?

No no, not at all. That was actually the first time that I ever had ridden in muddy conditions, we rode sandy hills, we had a little sand pit where we practised a little bit when we were kids. That was somewhat similar but nothing with mud I’ve ever rode in. We was be practising back then all of the time, we would be building little trials circuits in my back yard so that when I got home ,I could ride in my back yard for a couple of hours and when my parents got back from work, then we would go and ride somewhere else. Luckily back then there were plenty of riding areas, some of them being legal and some of them being a little less legal. We had 4 areas of riding within 15 minutes of our home so we could ride in different areas each day of the week and also depending on what type of conditions we had coming up we could go and practise it. We were really fortunate about riding areas.

Was there anyone in the world circuit who helped you out?

Actually yes, we got friends with Steve Saunders and with his mechanic Derek Edmondson. 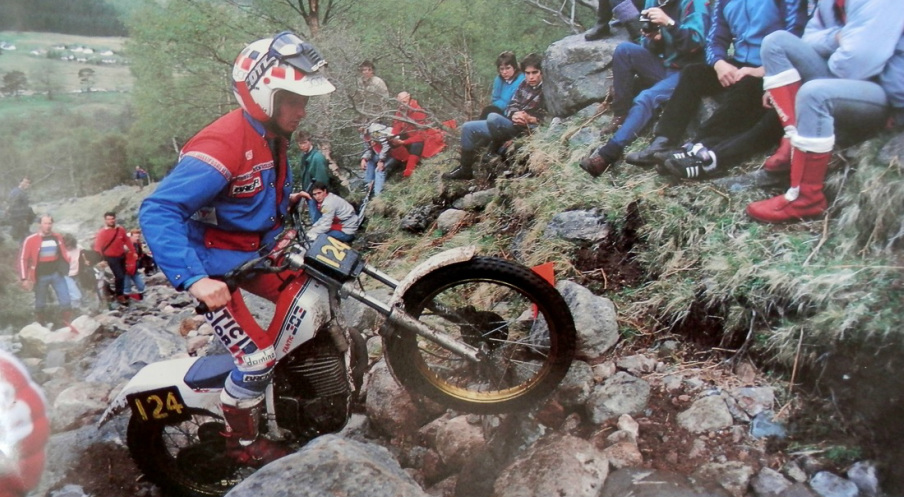 2013 Tommi Ahvala Interview WWW.RETROTRIALS.COM
You rode the Fantic in 88 apart from the last 3 World Rounds when you rode an Aprilia. What happened there? Why the change?

Well, I remember after the 4th World Round in Belgium I have an offer from Aprilia, Fantic, Montesa and also Honda Europe. The CEO from Honda Europe came to that event and they were planning on starting a big Honda team again and they wanted me to be a Honda rider and of course Honda having the biggest name in the industry we were really excited that this was the direction that we wanted to go. It would have been awesome as they wanted to build a team around me and all that stuff. Well that never happen, it was just talks with him. Nothing seemed to happen and then we had concrete offers from Montesa, Aprilia and Fantic. We went to the Italian round and Fantic set up a meeting with us either Wednesday or Thursday before the race. We were supposed to go to the Fantic factory. 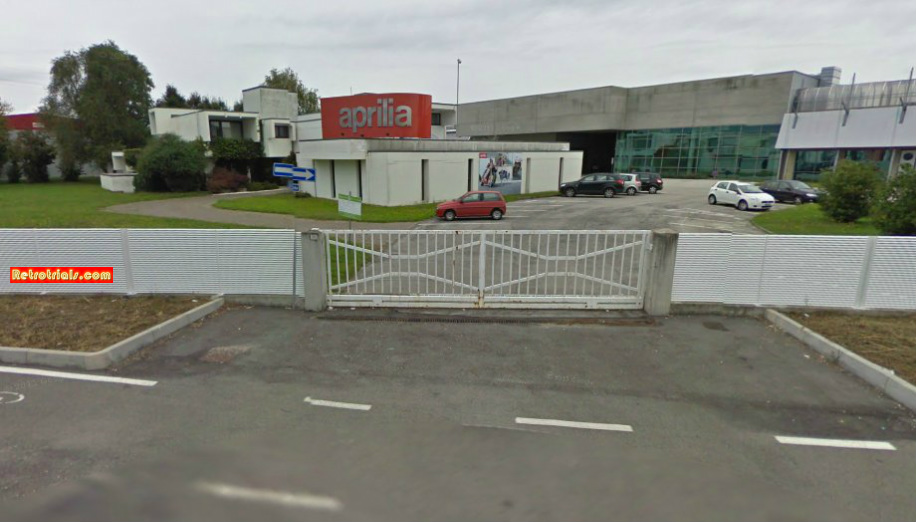