I then pulled away. I've got to say at this point the bike felt as good as anything I had ever ridden. I dropped down from the patio onto the lawns and then down further into the woods of Piber's house. The banks are terraced and the hills and dirt terraces get bigger and bigger the further you go in. I then turned around and just hooked the gear lever up easily into second gear clicking positively but easily. I then turned 90 degrees and fired the bike up the track, covered by over hanging trees on either side. The bike lept into action, immediately lifting the front wheel in a slow power wheelie on bottom and lower mid range power alone. It caught me by surprise and I eased off. Turning around at the end of the track and I came back, but with more confidence. Giving it a gas-full I kept my weight a little further forward and lept through the mid range clicking into third gear. Building quickly up the rev range again the engine's predictability jumped with a velvet smoothness into the upper reaches of the rev range and kept revving and revving. It was me who stopped, not the bike. Things were getting blurry and it was clear I was riding something very quick. 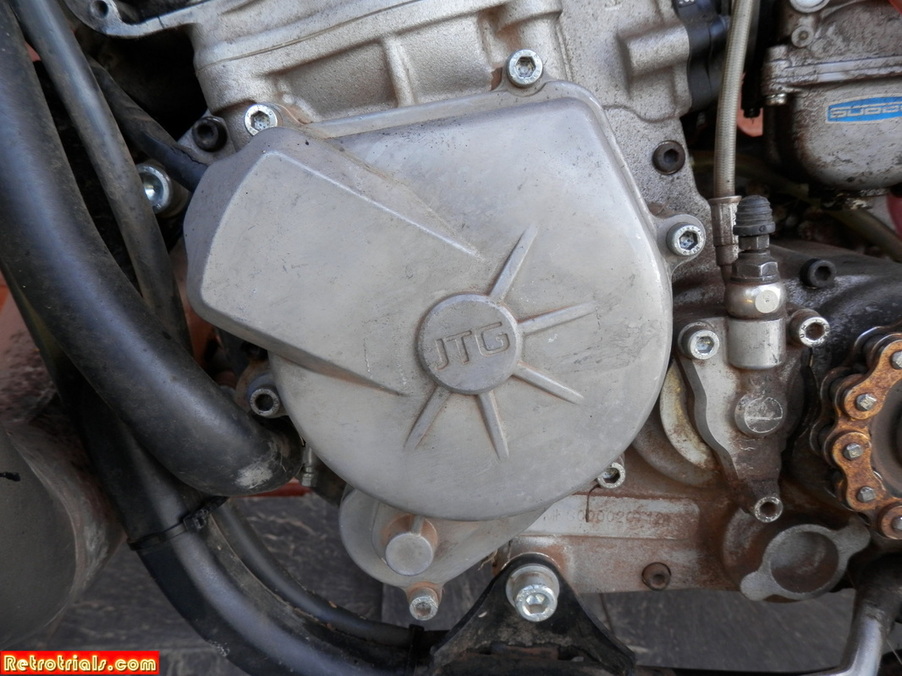 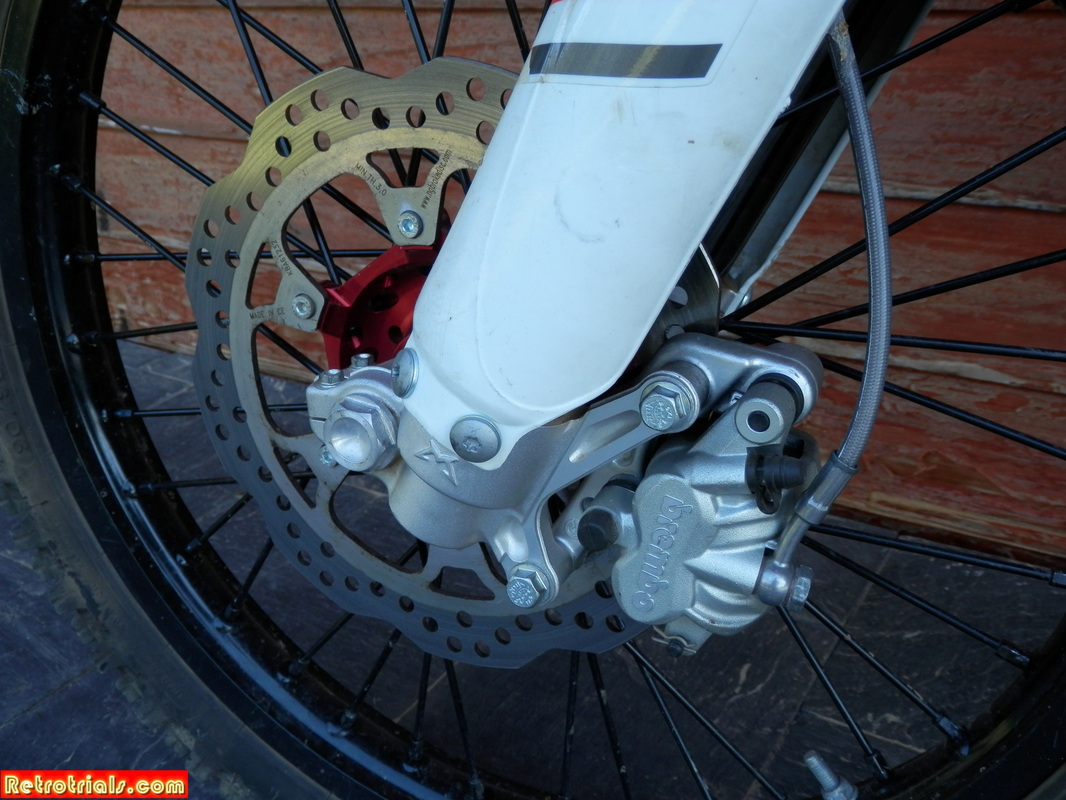 JGas MK 300 2 stroke and MK 250 4 stroke Enduro prototype photos and test rides www.retrotrials.com
I made this pass down the same track several times, each time trying to find the stop where the revs stopped, but they didn't. The power kept coming and didn't flatten off. What I liked best about the engine was the smooth transition between the mid and upper range. I personally know that this smoothness will help me. It'll help traction in all conditions whether its dust or mud. The power didn't come in like a motor crosser. It came in as if the whole bike set up has been made that much different. I thought of a bike that I could compare it to. The power delivery was so smooth. It chugged along at slow speeds and carbed cleanly all the way through the rev range. The delivery felt similar to a KTM 200 in terms of smoothness, but of course there is so much more power here ....and that top end, just kept going and going and going through the 6 speed box ! :). The Brembo brakes of course worked perfectly.

It was obvious to me that the engine breathed well. Riding it, everything felt in place and everything felt good. The bike was slim when standing up and a little wider towards the rear.

Chassis wise, the bike must have been set up by a better rider than me, who perhaps lept it off table tops, because the suspension felt harder than I would have liked. Piber later confirmed this to me and said that some of the testing had been carried out on short hard packed circuits where stiffer suspension was needed by the hired semi pro test rider. The steering lock was good and more than ample. The seat foam medium density and just right. The brakes felt good. It felt balanced and set up nicely.

The large flat sided Keihin carb, the V force inlet system, the S3 cylinder head, the Ohlins rear shock and Marzocchi front suspension go one hell of a way to showing you JGas are loading this bike with the best goodies available and that they are 100% serious and confident in the performance of their product.

I'm amazed at how good this bike is. It's such a great bike. Initially I thought that this would be for experts only. However whilst the bottom and mid range are strong, there is a smooth and manageable transition opening the door to the massive top end. If your an ambitious clubman and like riding around on the bottom end and mid range power this is perfect for you. Don't worry experts you have the searing top end.

It's great fun. In comparison to my KXF 450, the JGas is as light as a feather and far more manouverable. Sure the KXF has more grunt, you'd be surprised if I didn't say that, however the Jgas rider will still keep going, far beyond the point of the when the KXF is boiling up or the rider himself is boiling up. In comparison with my YZ 250, the JGas is in a completely different better Enduro league.

Negatives - I want to see this bikes dressed in it's decals and trick little goodies. These protos, were exactly that - used and abused. 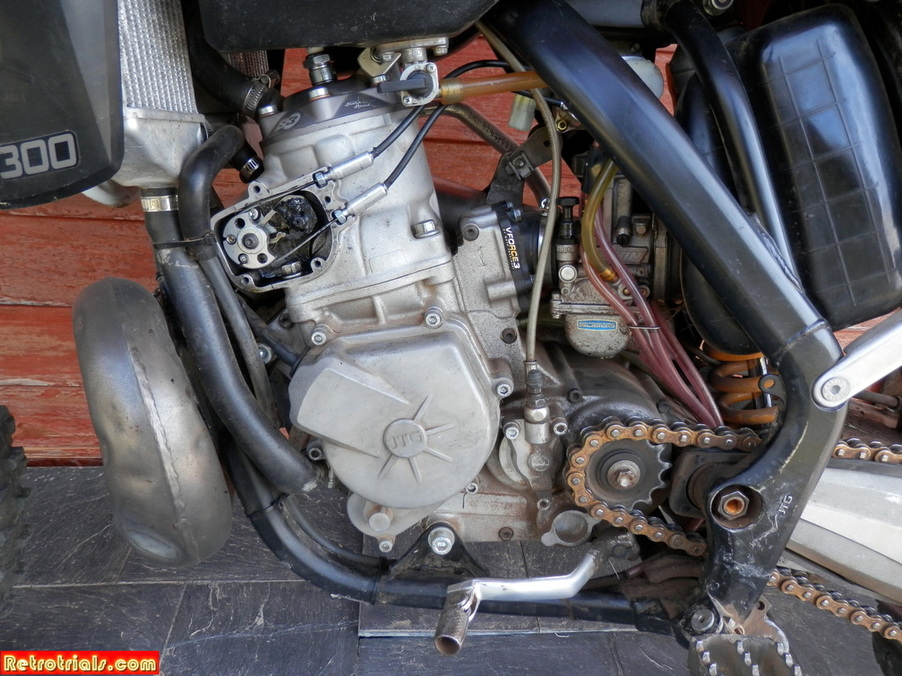 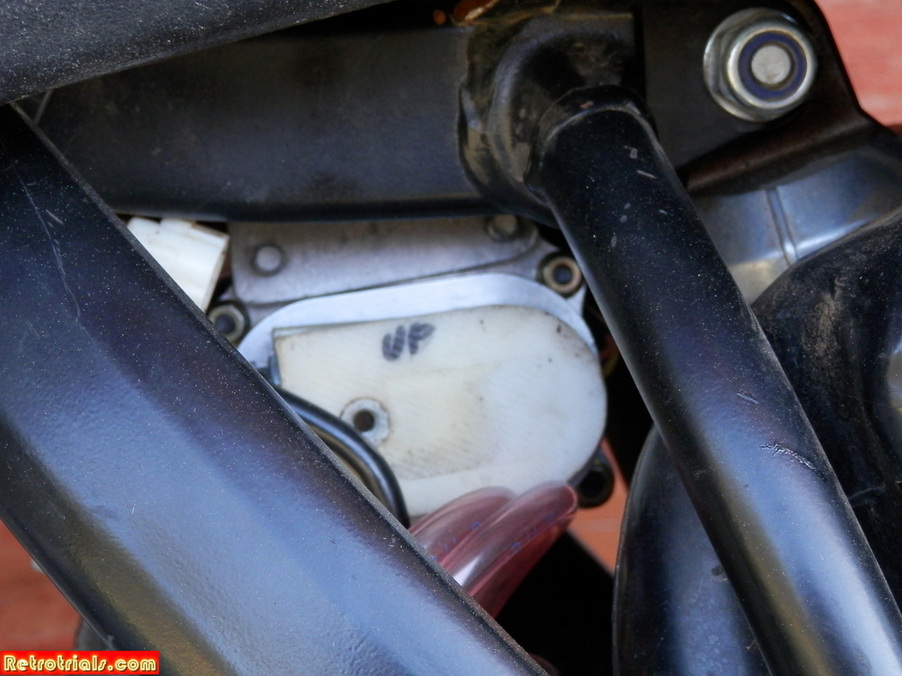 JGas MK 300 2 stroke and MK 250 4 stroke Enduro prototype photos and test rides www.retrotrials.com
The Jgas has some nice little touches. Remember this prototype is far from being finished. Whilst this is a good report to give you a flavour, Piber advised me he has some major changes planned to further improve the bike. 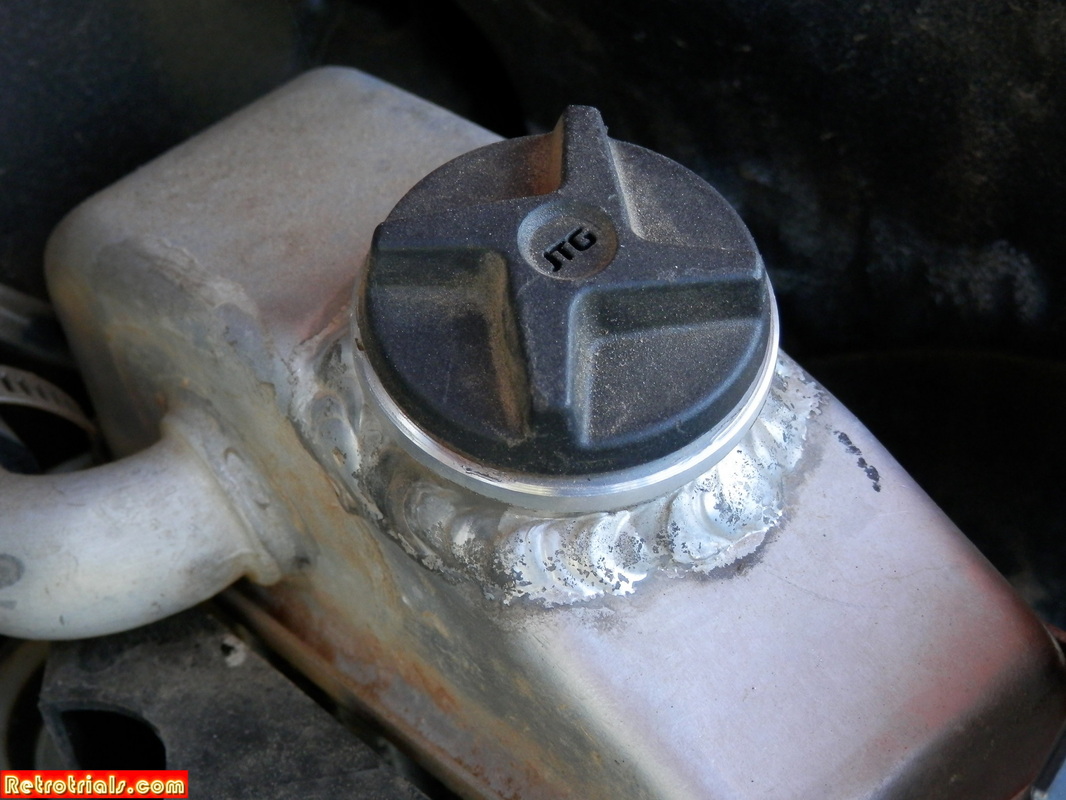 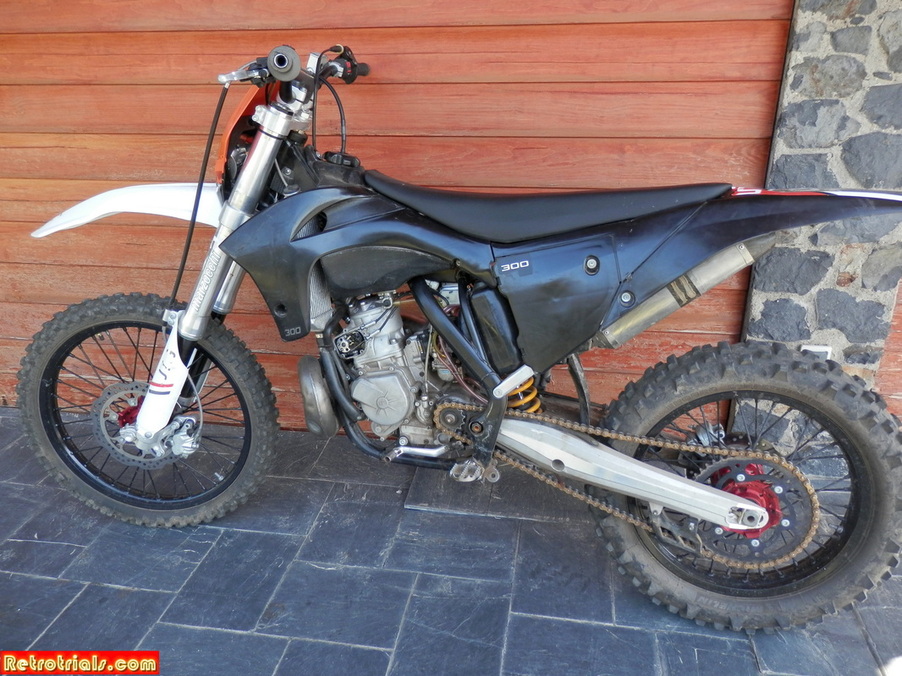