This is the JGas MK300 engine. It was developed by Josep Pibernat, Pere Arpa along with critical engine designers. 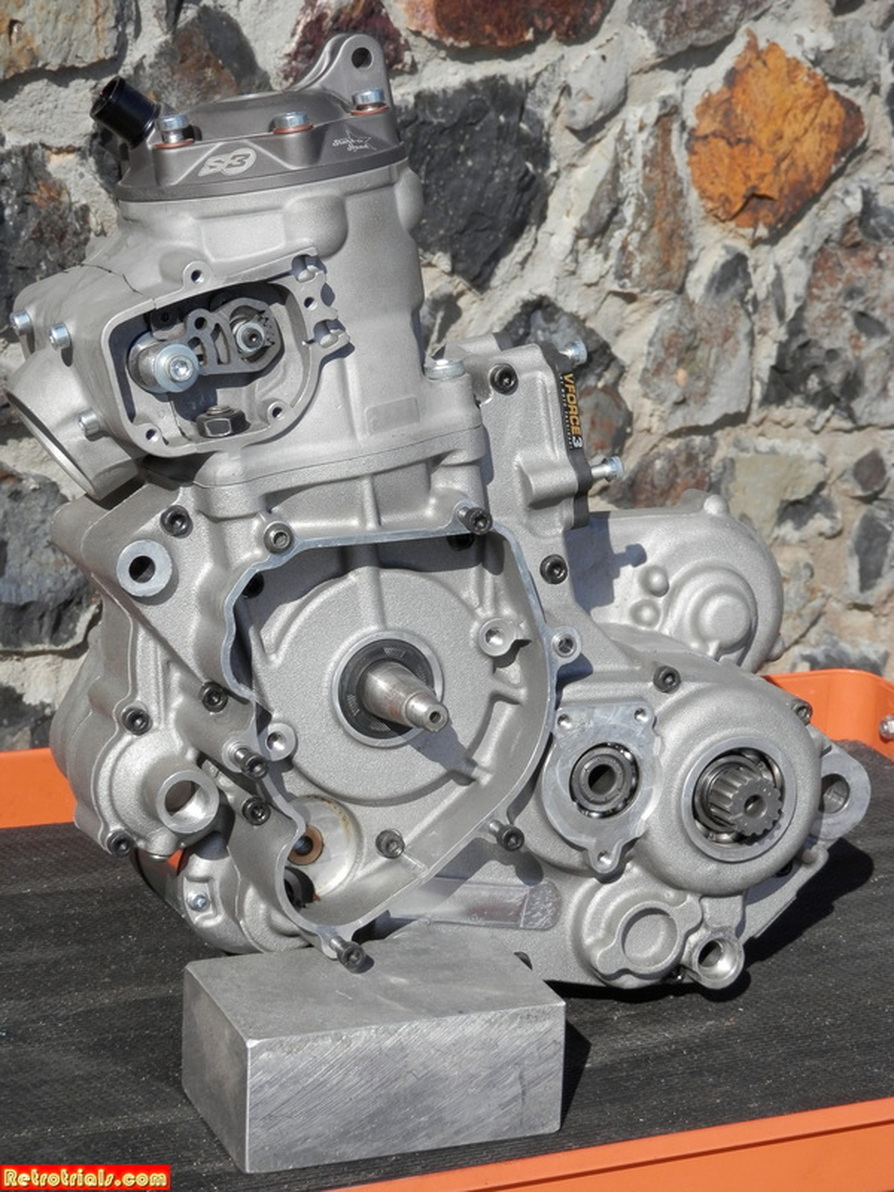 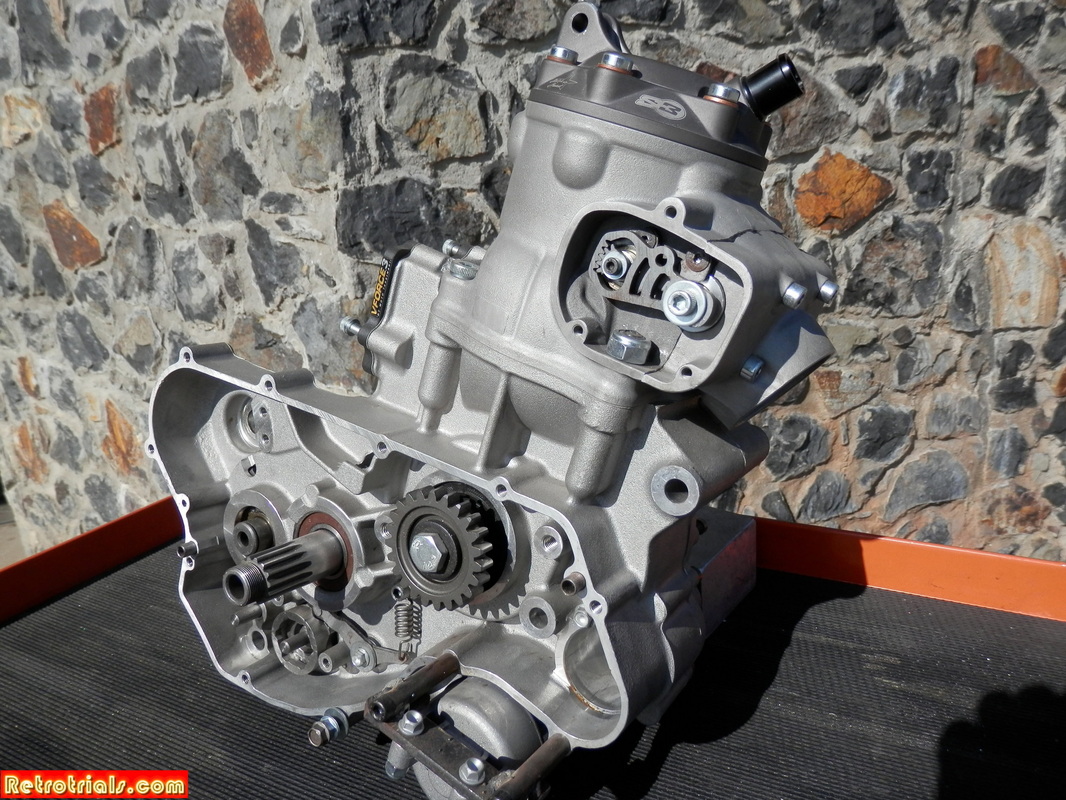 This was the 2nd of the two prototypes leaning against the wall of Josep Pibernat's house in Girona. Fortunately he allowed me to ride this as well.

Josep Pibernat tells me that this 250 4 stroke will be a very competitively priced bike. He told me that Jgas had bought the engines but for most part the bike was fitted with similar components to the 2 stroke MK 300.

It was time to ride this. Swinging my leg over the first thing I noticed was how much smaller this bike was than the 300. The lower seat, I'm guessing contributed to this feeling. The bike's levers, pegs and bars felt right once again and looking down I saw a button on the bars, so gave it a prod. Isn't electric start a wonderful thing. The JGas burst into life and sat there quietly ticking over with almost no engine noise and a very low exhaust note. By the way, there is a kick start back up. I pushed down into first gear and pulled away standing up on the pegs. Immediately I could feel the predictability of the 4 stroke engine reassuring me that it wasn't going to do anything stupid. The chassis felt a little smaller but only a little. What felt wonderful was the engine. It was so so so smooth. It found grip and traction where others wouldn't. The power wasn't over bearing, it was controllable and usable. If you wanted more you could control it exactly and you'd get no more or no less than you bargained for.
However, make no mistake, if you give this bike a handful this bike revs and revs and revs as well, but it does so without getting excited. It never feels skittish. I felt really at home on this bike. It felt a lot safer and more controllable and use able. It would be a great green laner or clubmans' bike. The suspension set up was much softer and more to my liking, but I know this required just a little adjustment and set up.
This is a great little bike and for me, I enjoyed it the most. 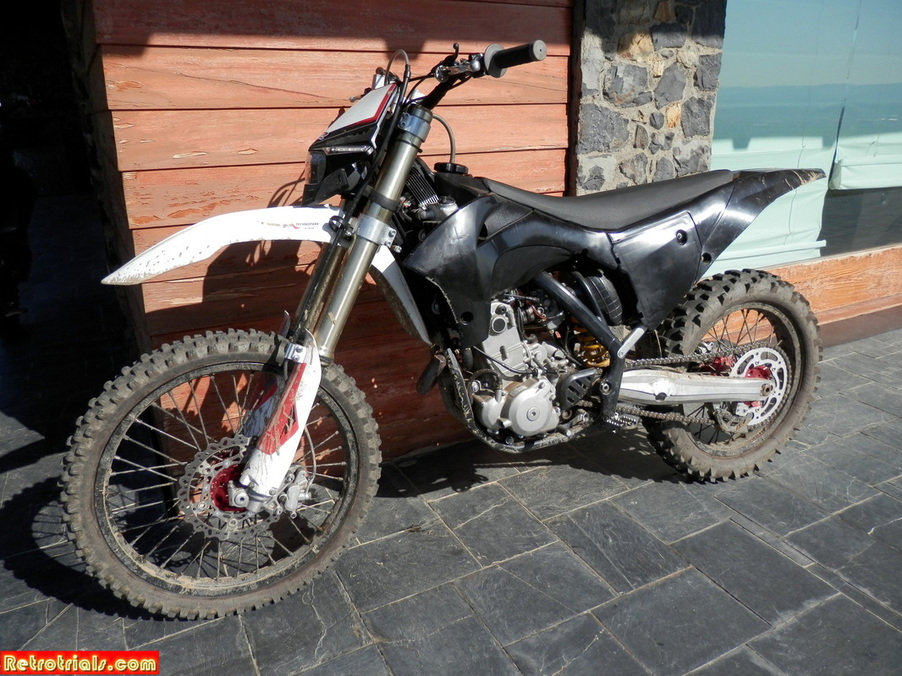 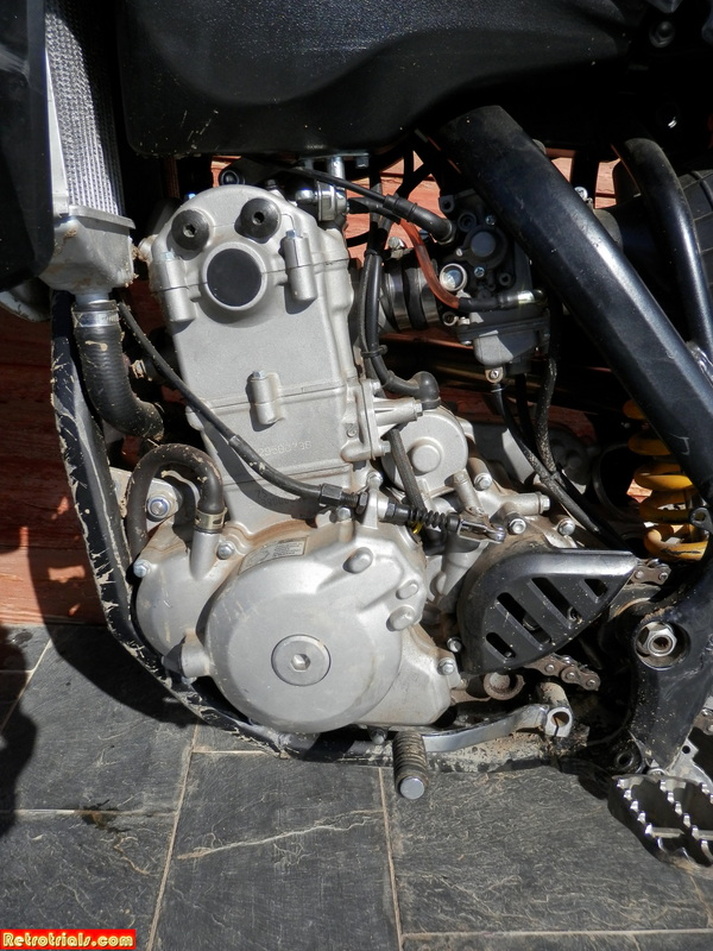