Over the years you’ve worn various makes of clothing, what was your favourite make or type of clothing?

Furygan, we did a lot furygan. We liked these people. They were down in Nimes in the South of France. They have a little leopard in the logo. I don’t think they do trials clothing any more, they just do road leathers and things. It was a nice time with those people.
What was the event you look back on and think , that was my best event?

Uurrrggh, when I won the first Scottish, that was a good one. The Spanish one. I always enjoyed riding the Scottish and the Spanish world round. They were the two but one of the Scottish’s, one particular day, I think it was the 4th day, when we used to ride out to the peninsular it was a right hard day and I did it all clean. People said that was impossible to do and so I did enjoy that particular day of that Scottish cos everything went perfect .I can’t remember what bike I was on.
What’s your favourite memory of trials?

Pause ……….pause…..All that period with the Ossa and the Yamaha was superb. Even know, what we do is superb . Who else can say, in two weeks were going to Spain. We’re doing two competitions and going out with the lads riding, wineing and dining. Going to Canada, what a wonderful two weeks. Everything is good. We can’t say anything is bad. We do get a little bit fed up with all the airports but we fly everywhere first class any way, but that still doesn’t stop all the three hours before and messing about, taking your clothes off to get through. We get fast tracked but even so. Little things like when we go to New Zealand a chauffeur and car will come down to collect us and take us to the airport at Manchester, with the Emirates. Them little things are quite nice. We love that type of thing. Everything is good. All the periods have been very very good, cos we’ve been lucky. The Ossa days have been good. The Yamaha we’ve had a lucky life in a sense . We’ve done what we wanted to do. We’ve always put a lot back into the sport. 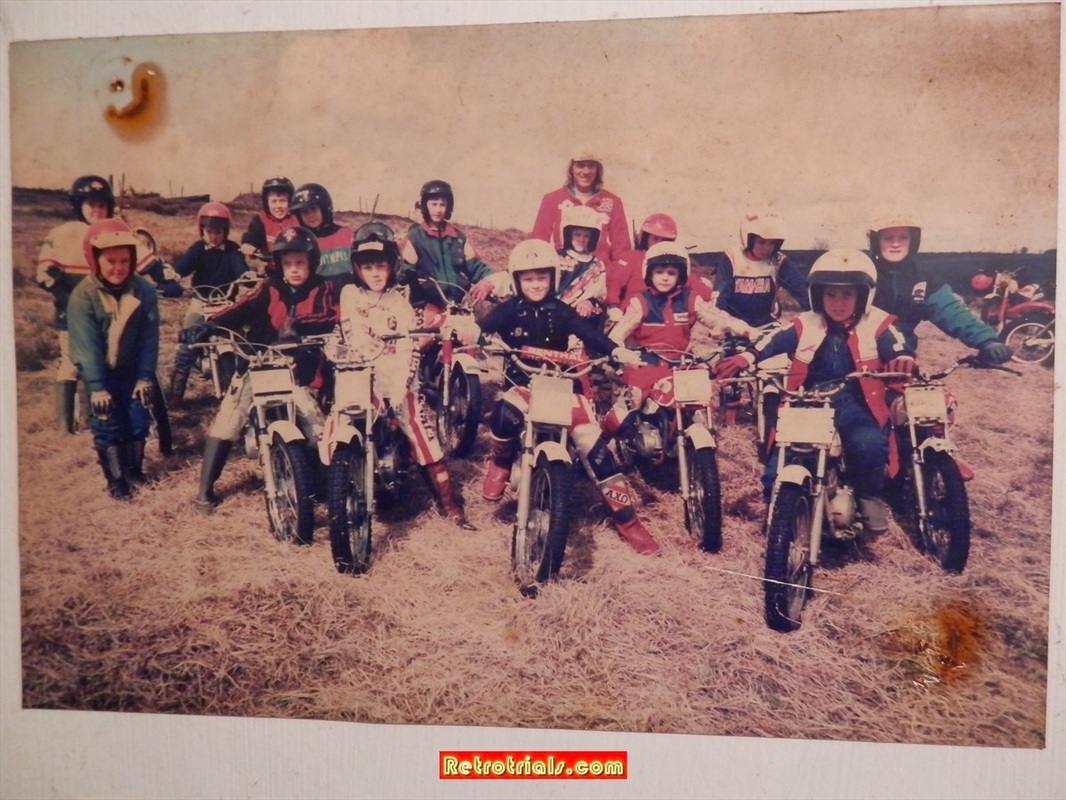 Mick Andrews interview WWW.RETROTRIALS.COM
There are a lot of people out there who work 9-5 Monday to Friday and they get the weekend off, how could you have coped with that lifestyle?

Pause……..I don’t think we could have ha ha no but maybe those people wouldn’t like what we do. Some people say to us that they could never do what we do with all the travelling and living out of a suit case. It’s what you have grown up with. It’s been nice you see, because Jill has always been there, that’s an important side to it. When we was in Los Angeles we had to fly to Dallas and we was first class again. There was no business class then in those days. There was Jill and me and our road man. There was one more first class but we’d got two stewardesses. The other passenger was captain Beef Heart. Do you remember that name?

Yes, mmmm just about
Don Van Vliet was an American musician, singer-songwriter, experimental composer, artist and poet known by the stage name Captain Beefheart. He was far out maaaan. He's seen in the centre photo sitting to the left of legend and fellow cookie Frank Zappa.
Yes

Captain Beef Heart was in first class. I’d done my shoulder in in this crash so it had to be 1972. He was a completely crazy guy. He’d just been in Los Angeles standing on top of a pole for two days. He was a funny guy. He had plastic all melted over his feet. He was weird, anyway we got on well with him. Jill said “I’D LIKE SPANISH COFFEE”. THEY SAID “HOW DO YOU MAKE THAT?”. Jill said that she’d show them so she made it, then the stewardess thought that’s nice. About two or third ways into the trip these girls were pickled drinking Spanish coffee and champagne, Captain Beef Heart is as well. The co pilot comes out “oh, that’s nice, I’ll have some of that “ ha ha ha. The co pilots pickled. Anyway when we get to where were going there are no walkways, you have to go down the stairs and catch a bus. They put the emergency shoot out for us, didn’t they,  ha ha ha and we slipped down the bloody emergency plane. This was a regular plane ha ha ha. Captain Beef Heart gave me an LP and signed it saying “I hope your wing gets better – Captain Beef Heart”.  I lent that to someone and now it’s gone , probably on Ebay.
A couple of photos from inside Mick's house 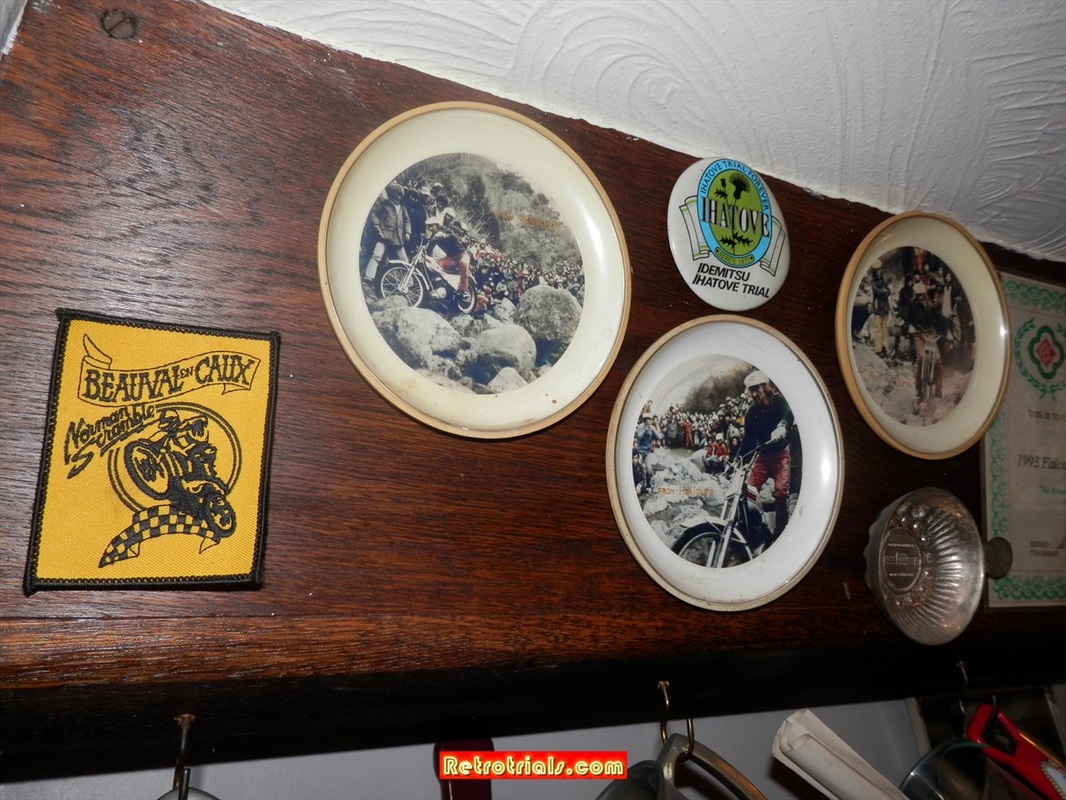 Mick Andrews interview WWW.RETROTRIALS.COM
Look up in the sky....can you see it  ? 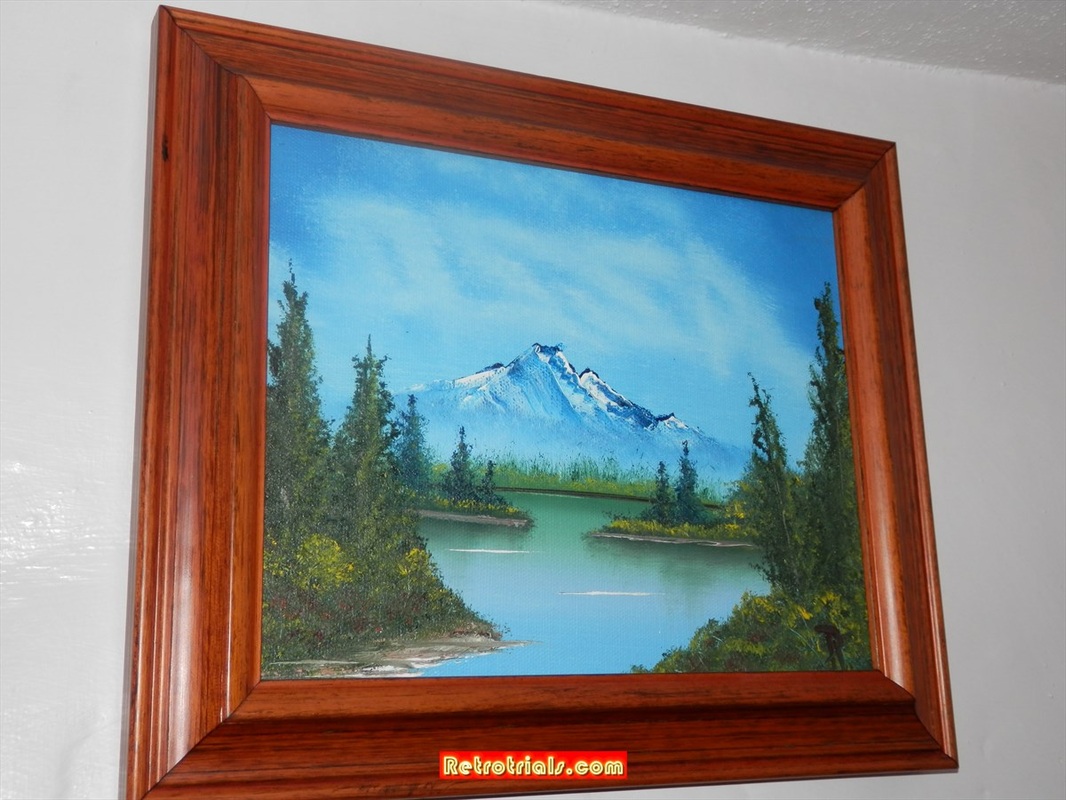