Did you ever meet Malcolm Smith?

Oh yes, we rode a lot together with Malcolm.

Did you ride enduro with him, or trial?

It was trials. It was when I went out there teaching Bernie Schreiber to ride in the early years, we’d have Malcolm a few times yes. I taught Bernie when he was 13 in California. That was where we met Malcolm 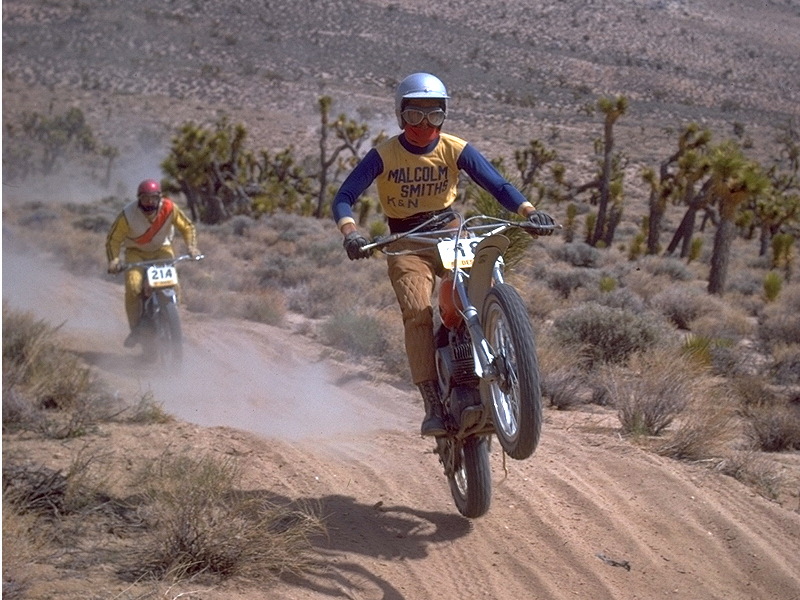 Mick Andrews interview WWW.RETROTRIALS.COM photo Bruce Brown movies
In the early years when you were teaching Bernie then, did you see something special in Bernie then? 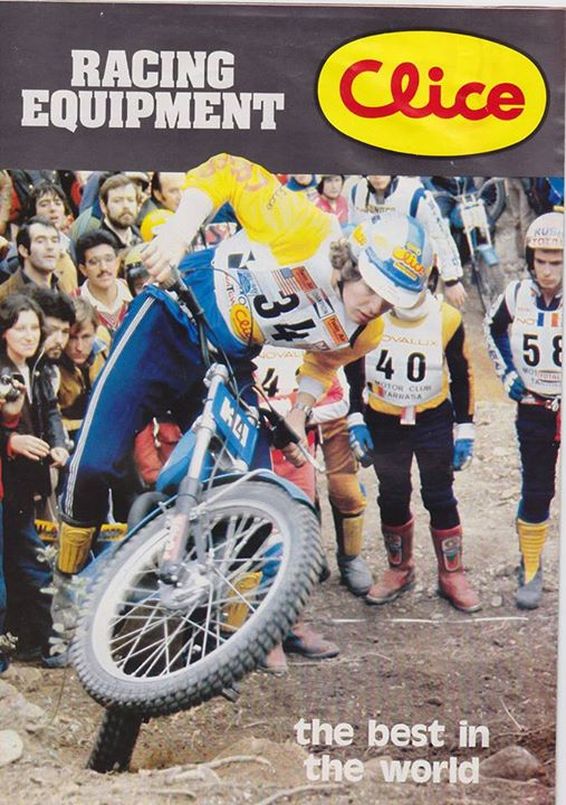 Mick Andrews interview WWW.RETROTRIALS.COM
Do you have any specific  memories of your time with Steve Mcqueen and Malcolm Smith?

Well , it was a long time ago but I do remember this .  Mcqueen was in Italy once and he wanted wheels and he was doing a competition that we was doing. Carlos Giro from the factory, this was in the Ossa days at the six days enduro, Carlos had got a Shelby Cobra which is a hot car. We had got a trailer on the back with the bikes with a bloody big thing sticking out of the bonnet. Ha ha ha. Deary me. When Mcqueen saw us he said “can I come in that “. So there were three of us in the small two seater ha ha ha . We lost the trailer at that, we lost the bloody trailer. We was going up to the border from Barcelona factory and the police stopped us and asked us why we were going so slow. We were going at the speed limit and we said we could go faster if you wanted us to ha ha ha. We used to get stopped a lot by the police. We got stopped once and we had a machine gun come through the window and “what the hell”. Liz was sitting there “what the hells up”. The copper had a big smile and said “have you got any stickers?” ha ha ha ha ha . We got stopped all of the time for stickers, all the time. Coming back from this day there were 3 of us again in this two seater and there were 3 Ossa enduro bikes on the trailer, cans of bloody fuel, we were coming back and I don’t know how fast we were going , but pretty smartish. It weren’t a motorway. Next thing a wheel came past us. I thought “oh god, a bloody wheel” . I looked around and no trailer. The trailer had come off the back of the car with the bikes on and disappeared. We drove back perhaps half a mile and saw a trailer in a field. It had gone over a ditch quite a big ditch. It had jumped this ditch, the trailer had and was in this field. About 50 yards into this field with one wheel missing and the three bikes, not tipped over or anything.ha ha ha . We drove into the field and put the spare wheel on, hooked her up and off we went back to Spain again. Funny little things ha ha ha 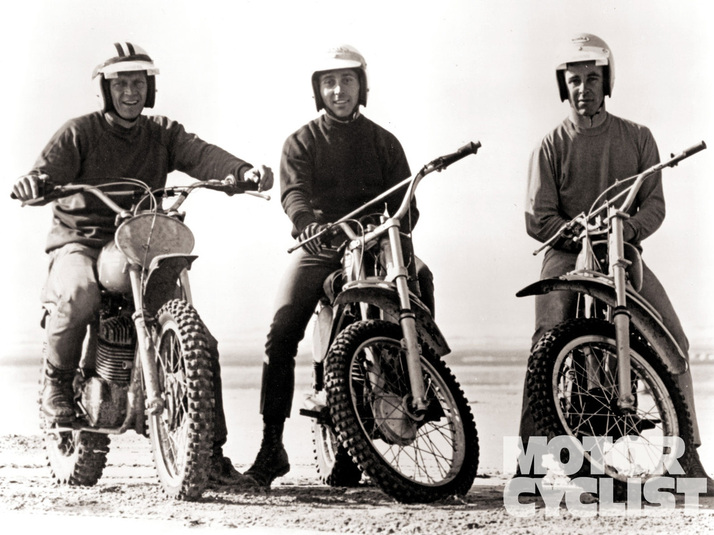 Mick Andrews interview WWW.RETROTRIALS.COM
Have you got any specific memories about Malcolm Smith?

All I can remember about Smithy was that he was magic at riding up a bank and reversing free wheel backwards.
I’ve not seen Lane for a long time. I know Lane constructs a lot of stunts and so and so. We haven’t seen Debbie since that time in Tennessee.
Photos used with kind permission
Debbie's trials hand stands have been widely reported since in the early 1980's. Whats just as incredible is that Debbie is still doing hand stands on 1999 GasGas TXT's as in the below picture. Debbie is also seen below during the Scottish Six days trial as well as stunt driving.
What can you remember about being involved with the television kick start?

Yes, used to like that. We started off with kick start and it was all adults at the beginning. My first show with kick start was with the one, who has just been arrested, Dave Lee Travis. He was the first commentator that I was involved with on kick start. It was filmed over Macklesfield, Congleton. Then it moved to near Leicester, near Silverstone then it was with Peter Purves. We still get a christmas card from him. We always got a christmas card from Oliver Reed as well until he died. So it was with adults and then they wanted to do the kids thing. So we started off doing the kids thing and that’s when I decided that I wasn’t over keen on this. I then said I didn’t want to do it anymore. Because kick start was going and we was doing all sorts of things. We then put it against the clock which made it more interesting for the viewers. Then they said “can’t you make them fall off a bit more?”. This is when it came to the kids and I said “no, you can’t have kids falling off”. They said “oh no, it looks better if some of them fall off”. I said “no I don’t want to get involved in that” so I quit. Peter and us were good friends and Peter arranged for a film crew to come up to the Scottish to film it for Blue Peter. Did you ever meet John Noakes or shep the collie dog?

No, na ha ha ha. Simon Groom, an old Blue Peter presenter lives up the road from here. It was him who came up to the Scottish for Blue Peter.