In your opinion which is the best time and hay day for trials?

I think ……..maybe till 93/4.There were riders at this time from many countries, Czech Republic, Germany, Italy, France, England, Ireland, Sweden , Finland , Spain, many many. Now not many riders.
Are you superstitious at all and do you wear a chain, bracelet or carry anything when you ride?

Maybe sometimes I wear the black t-shirt that I like because I like the look but no, I don’t remember.

Did you make good money in trials or was it just Ok?

As I say before, if every year was like 93 that would be perfect , but after 94 in 95 when I move to Beta I lost much and had to pay for the mechanic and the van and was not full factory. One part of the money that I get from the sponsor I have to spend on keep riding. Then when I move to Gasgas I have the same problem. When I moved to Gasgas from Montesa in 99 I lost Fortuna so it’s ok. I go back again to the factory so now I don’t have to pay for anything but I don’t get the money from Fortuna so it’s like, so I have to keep investment. From 95 to 99 I have to invest to keep riding so I don’t put all my money there. I get sponsorship but I have to pay. Then in 99 when I start with Montesa I got paid by Montesa but I lost the sponsors.

Who is your favorite English rider of any time? 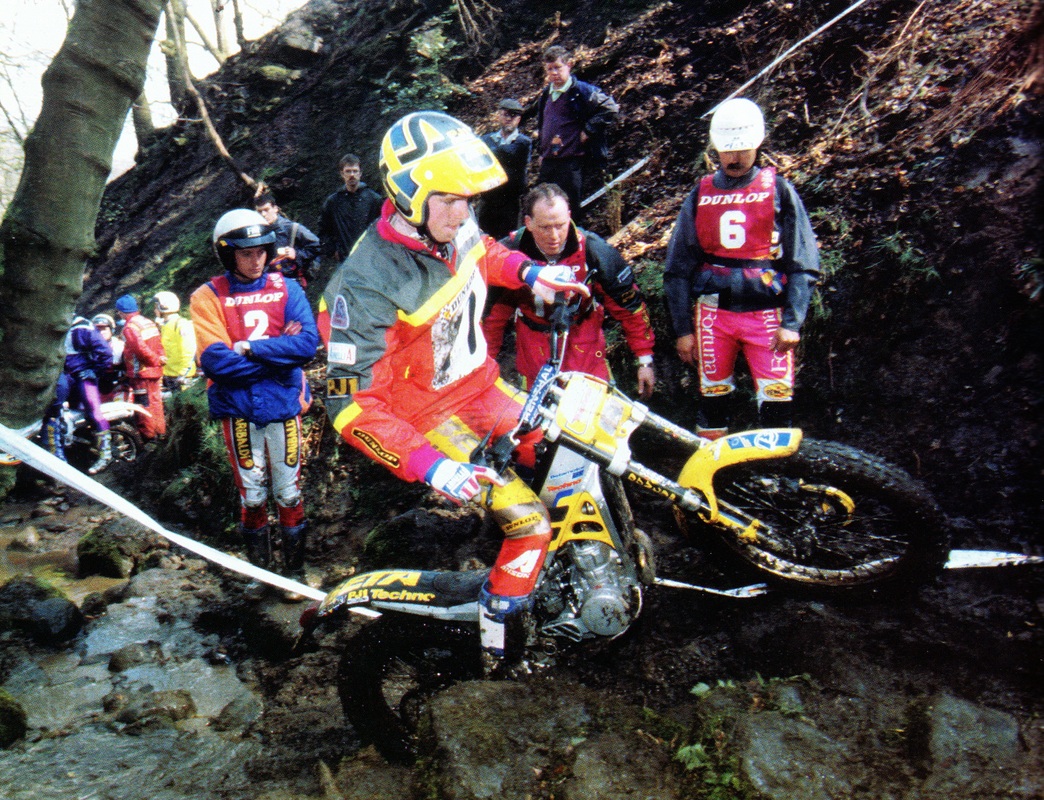 Amos Bilbao Interview WWW.RETROTRIALS.COM Photo credit Phototrial.it
Dougie. I remember a lot, Saunders when I was 16,17. He made the muddy sections. It was incredible. I remember him cleaning sections that nobody can do. You need to go up there and everybody 5 here. He go straight up, I remember that. Yes, but Dougie he is the man.

Do you have any favourite memories of trials?

Well I remember a couple of times. One time in Germany and one time in Watkins Glen a few years after that I was so furious as I get a stupid five and I am not riding very good and I take off my helmet and I kicked the helmet with my boot. I can’t find it ha ha ha . I made this more times, but I remember 2 times for sure. I was like “Hey”. Where the f*ck is the helmet ha ha, because it was full of trees and I have to go looking.

The last I finished 3rd in a World Trial at Rhode Island and we have some time there. We have some beers with American friends and the rest of the team and after a few more beers. I am not drunk( yeah …OK  J) but almost drunk when I get to the bed. 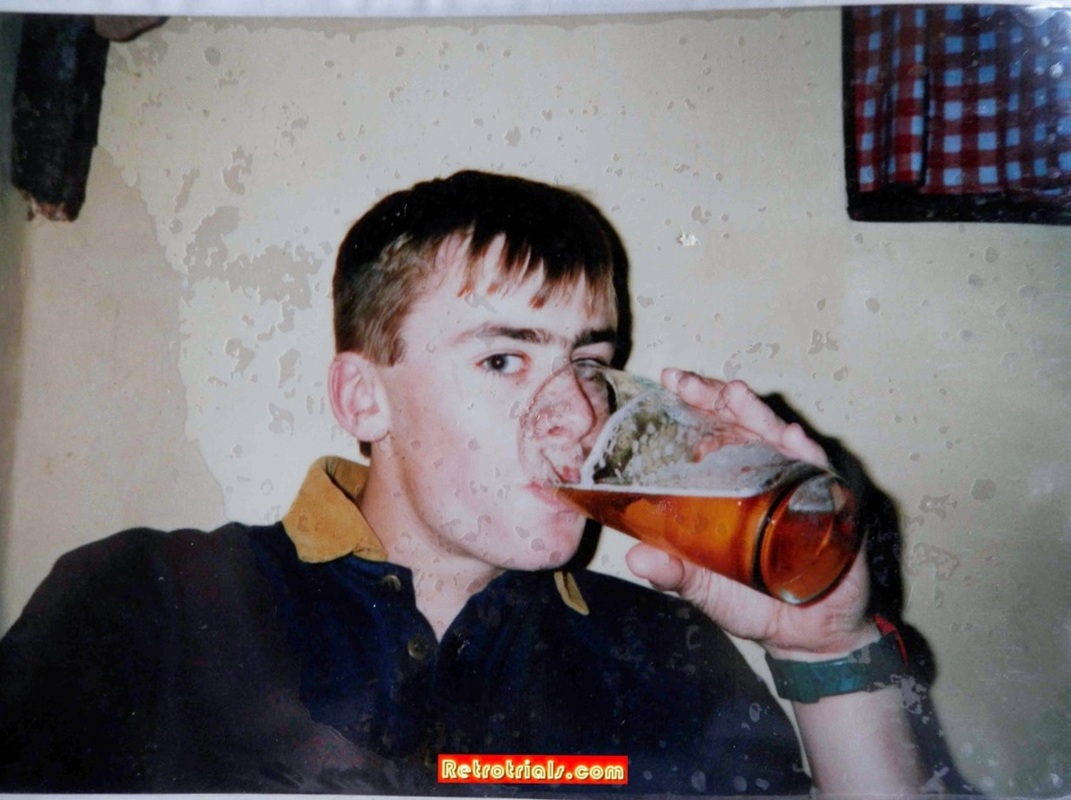 Amos Bilbao Interview WWW.RETROTRIALS.COM
The next day when we are ready to start the federation arrive and say we have drug and alcohol test before the race. I was the one who they choose for the alcohol test.

Did you ever teach at the Adrian Pratos Trials school? 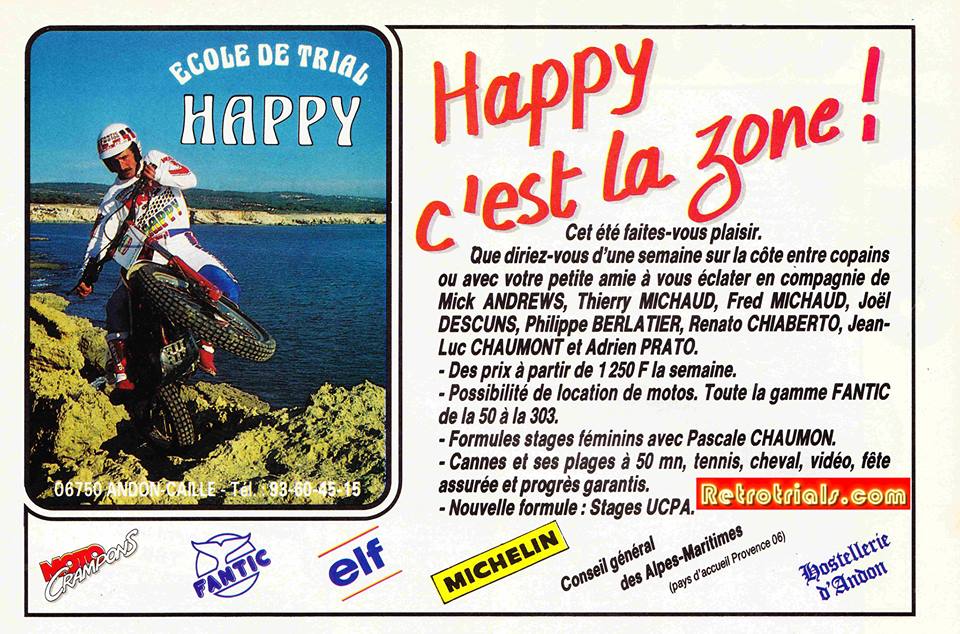 Amos Bilbao Interview WWW.RETROTRIALS.COM
No, but he is a very nice and funny man. For me it is very difficult. Sometimes people telephone me and want to make school, for me it’s very hard. I prefer to go to practice with you. We practice together and then we talk. But if I have to tell you how to make things I don’t know and like.

Who was the rider that should have got the good results but never did?
Thank you to Mokoto Sugitani for the above photos
Bosis. He made very good results and was Italian Champion but I think he must be World Champion at least one time.

Did you ever ride the Mecatecno?
Yes , I ride the Dragonfly as I was minding for Lluis Gallach in the 87 Trials des Nations in Finland. I think this was in 87 and I was not in the team but I was minding with the 2nd bike of Lluis Gallach. That bike was almost as good as the Fantic. In Finland I spend most of the time doing motocross with that bike. I don’t use it for trial just for minding. On the track it was very funny and good.