Do you remember the blue Ducados arena bike with gold striping on it? 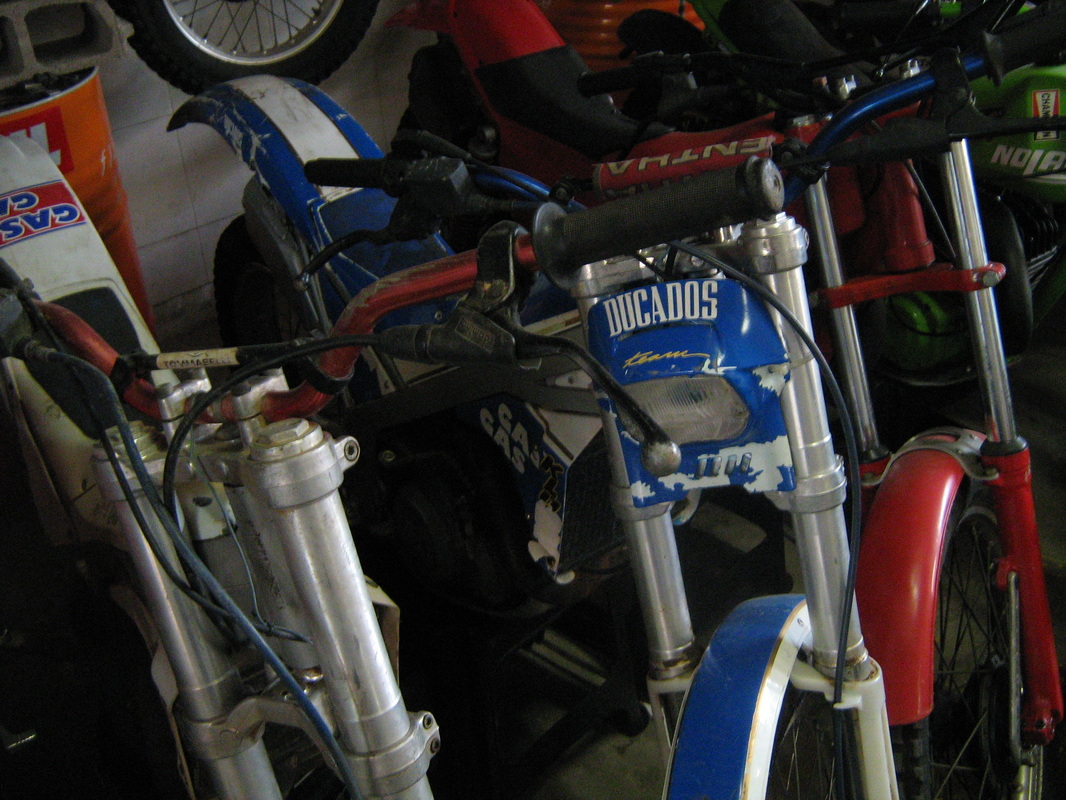 Yes, I remember seeing this bike but I don’t think that I ever rode it. I think Gasgas make this bike to show to the Ducados how the bike is going to be and when they show the bike they say we want this, but in red, because now we are selling the red one and we want to promote the red one. I think I never use the blue one.

How did you like your bike set up?
I like short stroke suspension, short length because I am not very high. Every bike is different, but if I had to say which was my favorite bike I would say the 99 Montesa, that was the most special bike in those days.

You achieved 4th place in the world. Did you ever think that you had a good chance at being World Champion?
What was your priority?

Are you a good mechanic and can you strip engines apart?
No, I have never worked on gearbox. I can change the piston and the bearing in the head and the clutch,  but not the crank cases. I have never tried.

Where was your best trial ever that you are most proud of?

Long long pause…………… The SSDT win as it was for one week. At the end of the week it was like “Hey “. It was just one race but it is very long. On Saturday when you finish on Ben Nevis there was only one section after and I knew that even if I get 5 on this section I had won the race. That was very race. I finished with 7 points and Colley with 17 so by 10 points. 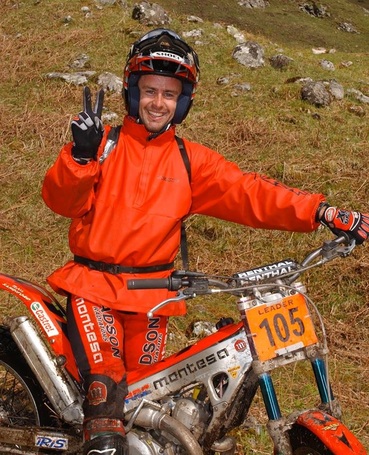 Amos Bilbao Interview WWW.RETROTRIALS.COM Photo by Eric Kitchen
Psychologically was the SSDT very tough on you?

Yes, yes. Yes, because in those day I was still riding in the World Championship, may be my last year was 2001. In 2001 I was entered for the SSDT but it was cancelled because of the foot and mouth I think. In 2001 I win the 3 days in Santigosa and everybody, Lampkin included was riding there. I rode alone with no minder. I was minding for Dougie and I won the race.

So you were minding for Dougie, but you beat him?

Yes ….it was really funny. It is funny because there was a section that was very slippery with tree roots and we get there the first day and we made this section 3 times. Dougie was worried about this section and I say “No, it is very easy, like this “. I made it and get a clean and he get a five. The 2nd day was the same. The third day it was “Hey what’s going on!” ha ha ha. It was funny.

When you ride the Scottish Six Days Trial in 2002 did you find that the trial was physically hard for you as well. 6 days of trial. ( Please say yes, make me feel normal !:)   )

No, no I don’t remember, maybe the last time, but not in 2002. This year the weather was very nice, the sun shines and there is little rain and this makes it much easier for me as I can see the lines. It was slippery but I was still at a good level. I remember the last 2 or 3 times, sometimes there is a lot of rain and you cannot see the line. As I say before, since 96 I was very good on the deep water but now, no.

Do you have favorite sections at the Scottish Six Days Trial?

I remember many sections and the names of the sections. I don’t like Blackwater, I get a five last time ha ha .

Will you ride again in Scotland?

Yes I want. Last time I go with my family and we have good fun. I have a couple of very stupid fives that put me in 19th place, but I finished top 10.