After I had caught a few snaps we were then approached by the friendly receptionist who did a grand job of walking us thorugh the factory, introducing us to many people in the different fields of operation and explaining everything to us. This lady knows her stuff.She firstly led us to an open door way to the right of her desk. We entered the motorcycle design department. Ossa shirted men tapped away on clean uncluttered desks but looked up and said hello as we past. We then had pointed out to us the boss who was standing in this office at the back. He was busy in a meeting with the head of the Ossa fashion and clothing department. As we walked out of the design room we walked past the very smart board room with black walls and modern table and chairs. The ossa logos, black walls and steel floors continued. 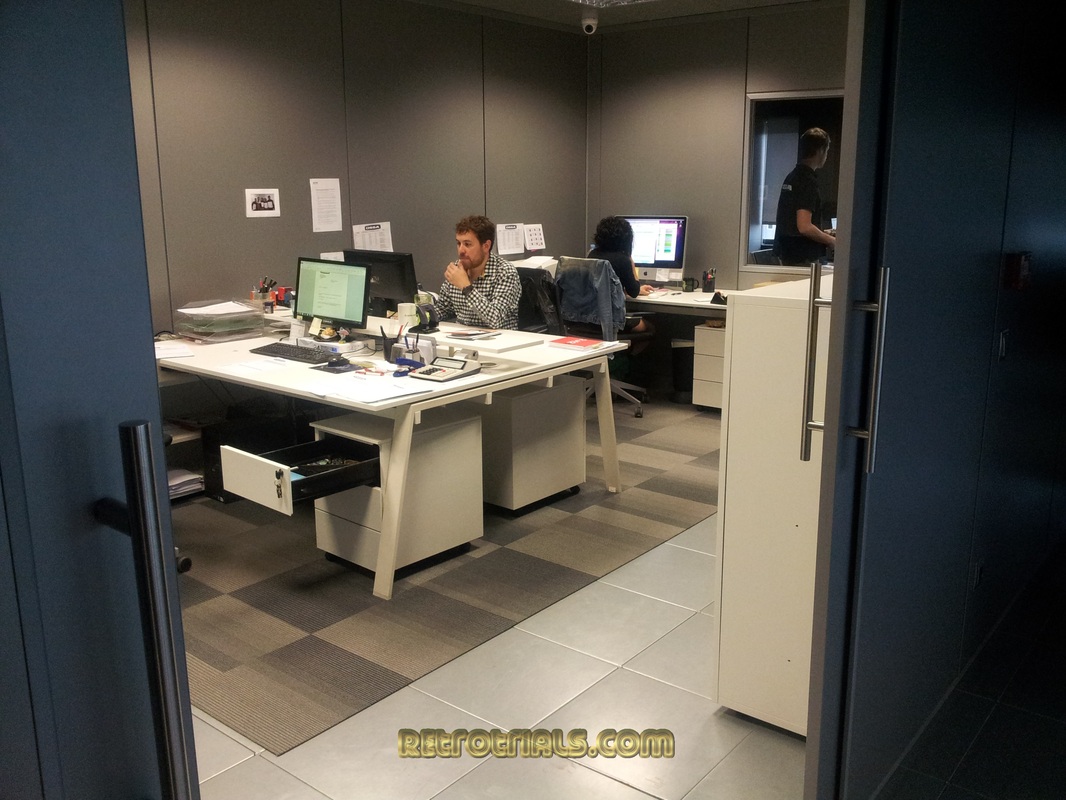 At the end of the board room was a 4 foot tall free standing stylish clover leaf made in green thick thread. 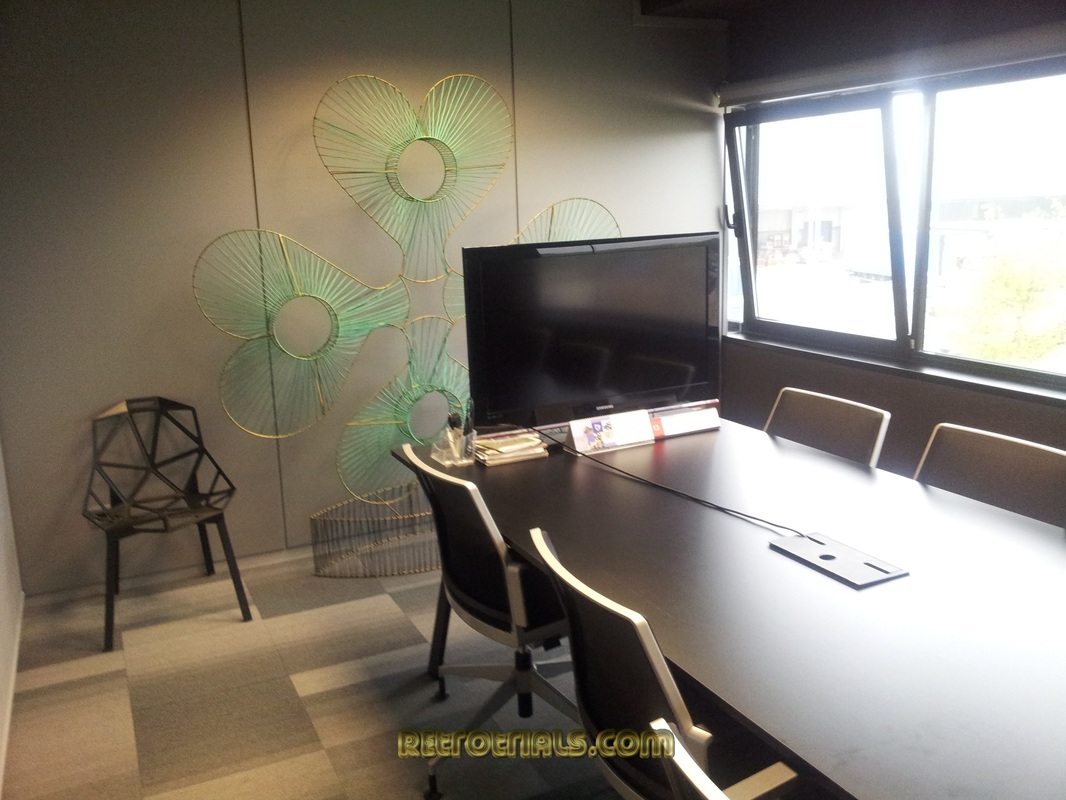 We continued to a room again filled with smart ossa shirted men at desks and on phones. We were told this was where the factory works rider parts were designed and commissioned that would later follow though onto next years models. To the right were shelves filled with small exquisitely made parts. Large windows looked down on the factory that was bustling beneath me, and believe me it was busy , they just ran a mile when they saw my camera :) 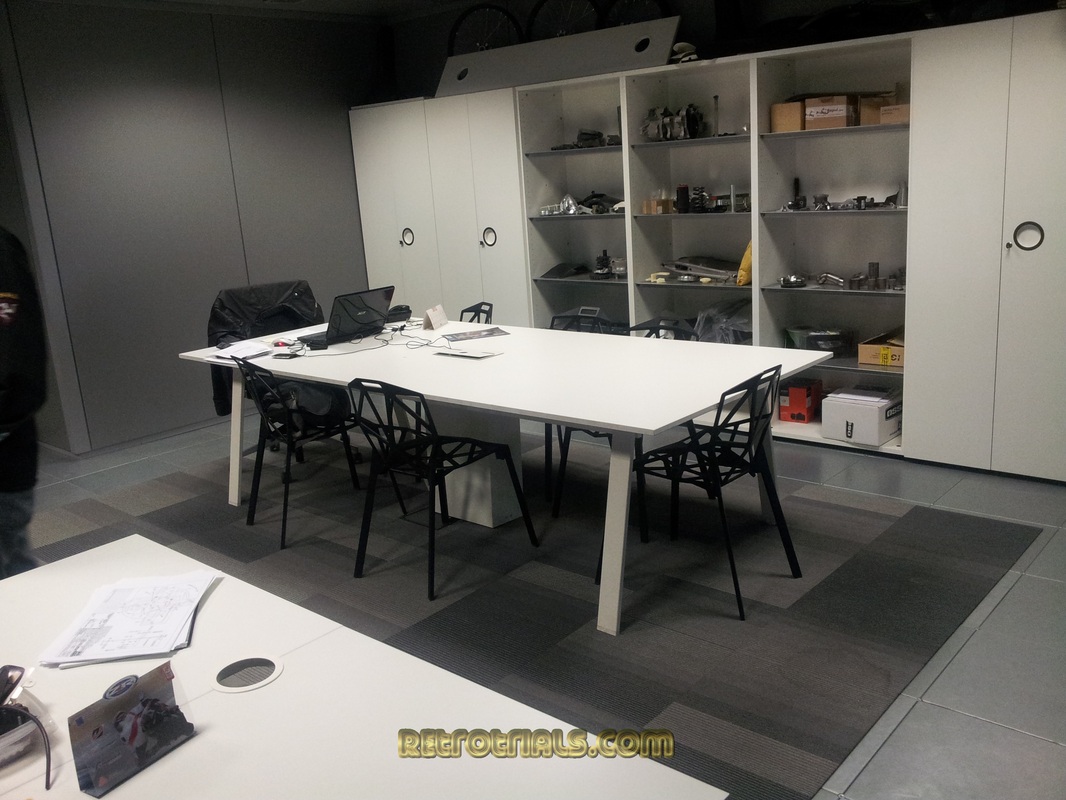 I there met the World wide sales manager and I was then led down to the factory. We then went into the small room but the main front door of the factory. This room contained a table laden with the assembled bare gearboxes of about 10 bikes. They had a very smart static measuring device which I was shown careful measure anything to some massively accurate level. 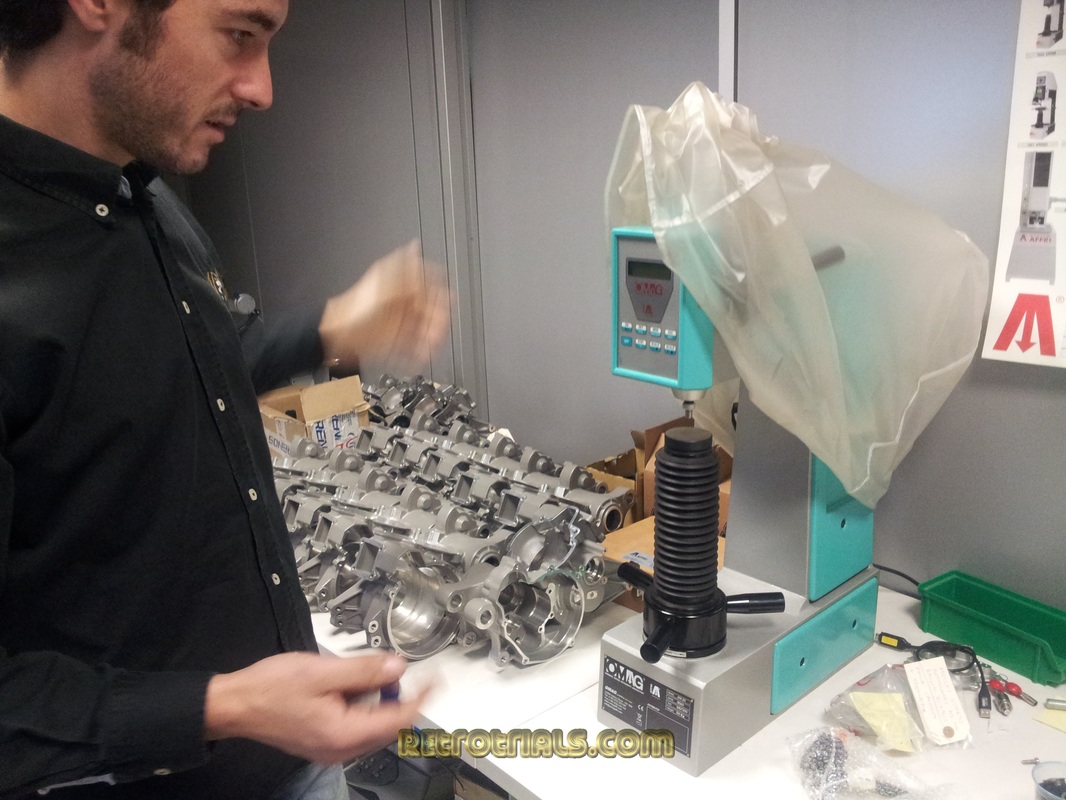 There was always the noise from revving motorcycles in the factory. From this room we went next door to the dyno room where I discovered the source of the noise. This room was lavishly equipped as you will see in the photo. If you look carefully you will see the radiator of the bike is disconnected and the water-cooling of the bike is connected to a rubber hose system which goes out through the external wall to  a large radiator on the wall outside. This set because the bike on the dyno is being revved all day long often very hard. There is almost no air flow around the room, so clearly the bike would overheat and also it would not hold the bike at its normal working temperature. This set up is tuned to get the bike engine temperature just right. 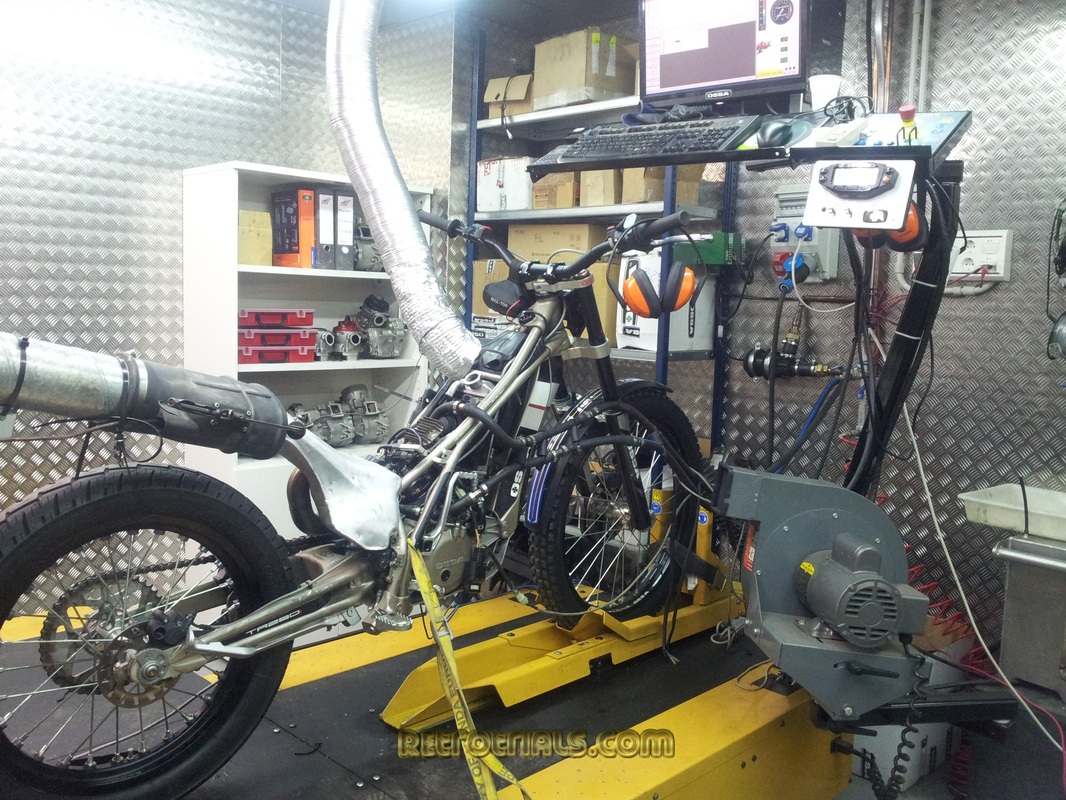 This dyno work is carried out to get the economy ,performance and emissions , just right

The guy operating the equipment wasn’t fazed by the computer graphs facing him. He said they make small improvements all of the time , but only put out a new map once there is a significant improvement. He did say map 14 would be released very soon. This is quite a set up for such a small factory and a significant investment. Speaking to the guy operating the equipment, he clearly knew his machine and was a really keen and enthusiastic chap.

The helpful guy at the rear right of the photo really knows his stuff. 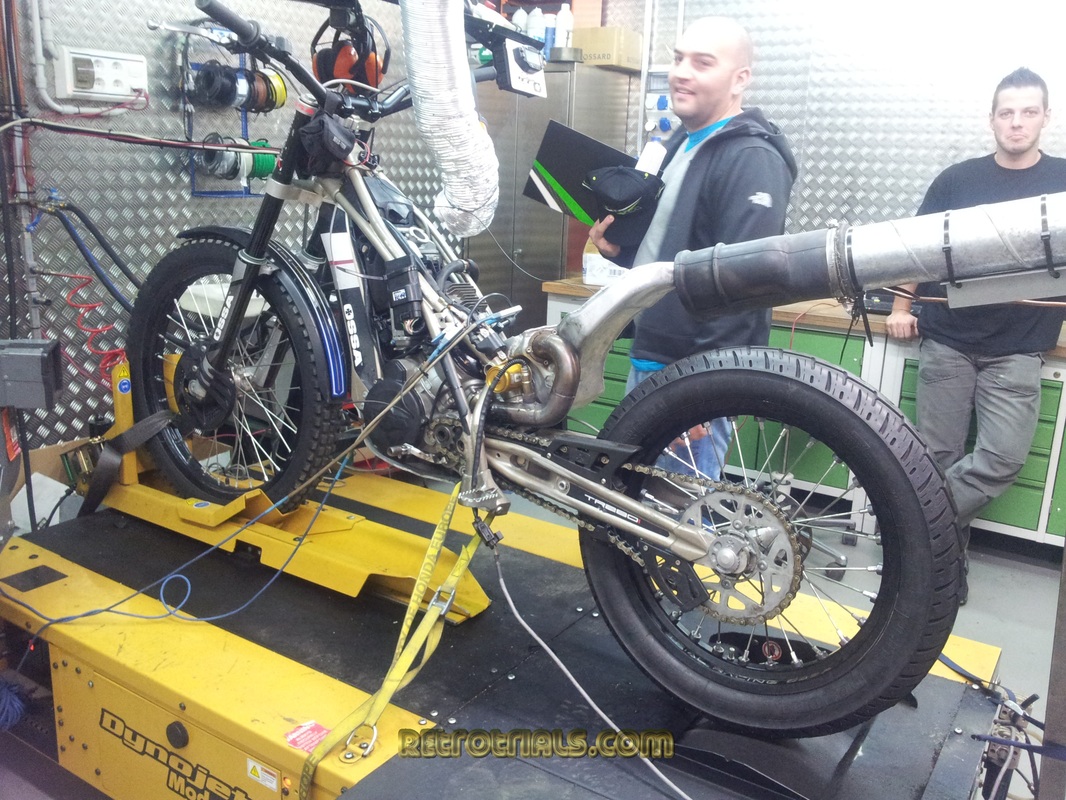