Moving on to the room next door .This was the R and D room. There were 4 men working here and occupied feverishly in fettling and phone calls. They had the new Ossa 125 trial in front of the them and they were working on the electrical system from what I saw. Although I managed to take a couple of snaps of this room , I was told , no photos , so I’d better not publish them. The bike looked nice though and very small.

Ok, youve talked me around. Here is the pic of the 125 prototype :) 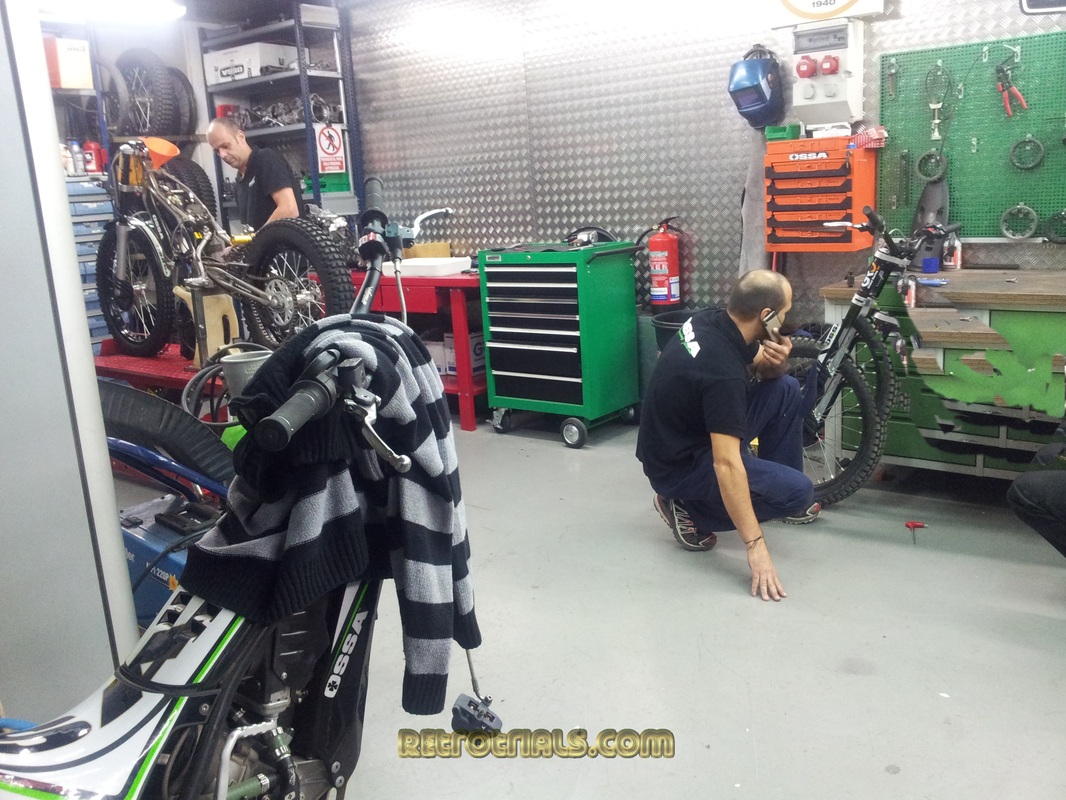 Closing the door, it all reminded me of Willy Wonkas chocolate factory. Come on -  Humour me .You know, the way there were different small rooms , with weird things going on in each room. Ok, it’s just me.

I love the Ossa fork lift 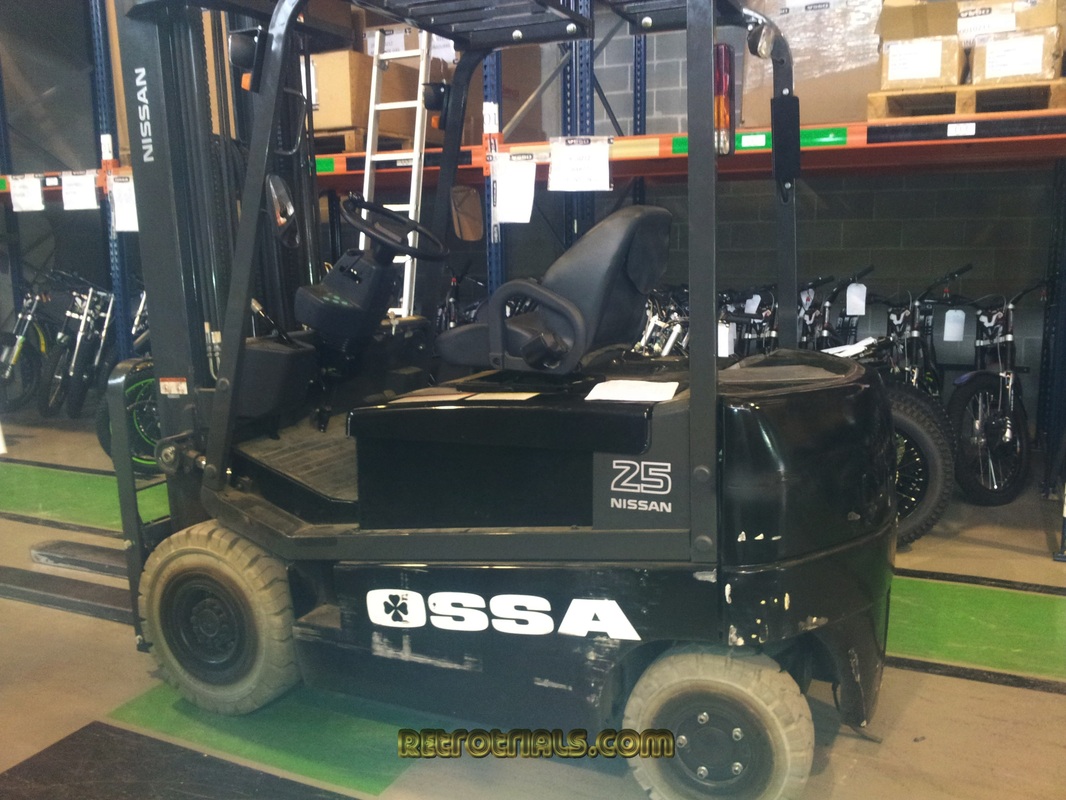 Now, onto the factory. This was immaculate and well laid out as you can see. In the middle of the factory were the bike assembly racks. Within these isles was a chap pre assembling all of the plastics on the bike. Drilling the holes with one of those stepped drills. 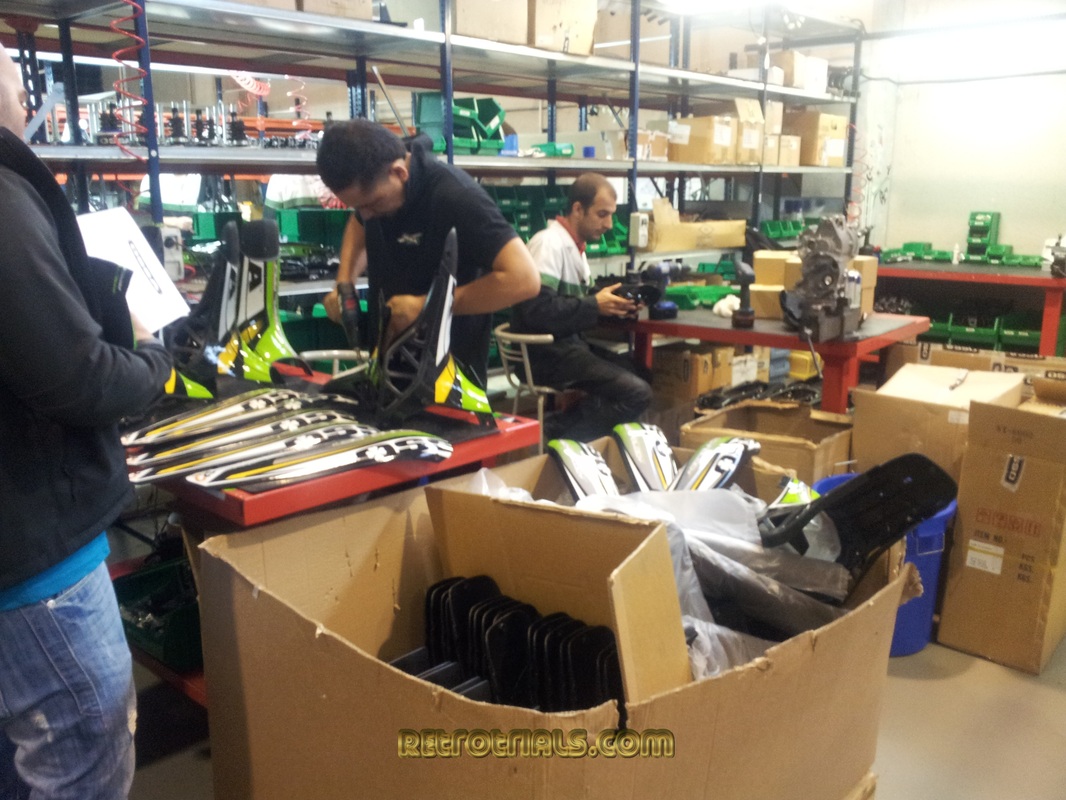 The engine assembly tables were also there. They guy was well in the swing of it when I arrived. He spent a good time checking everything as he went and was clearly well versed in his job.
What a lovely view he has . 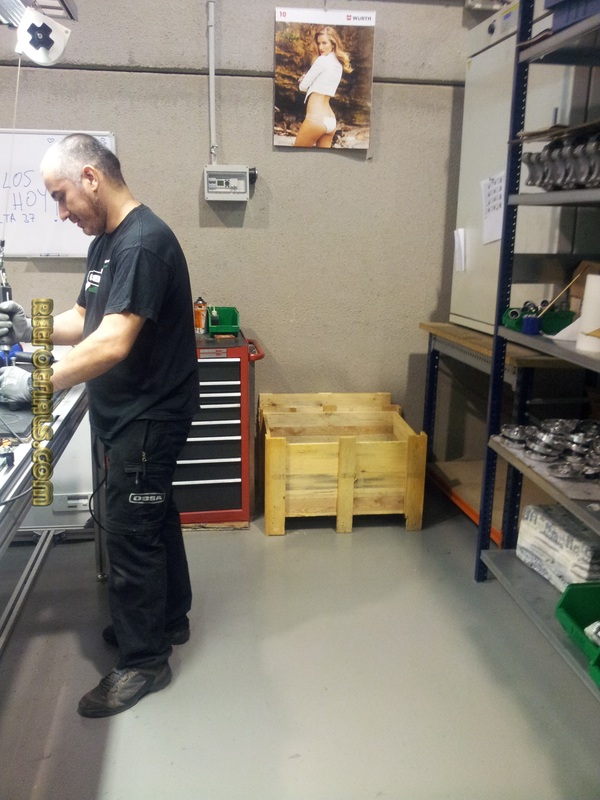 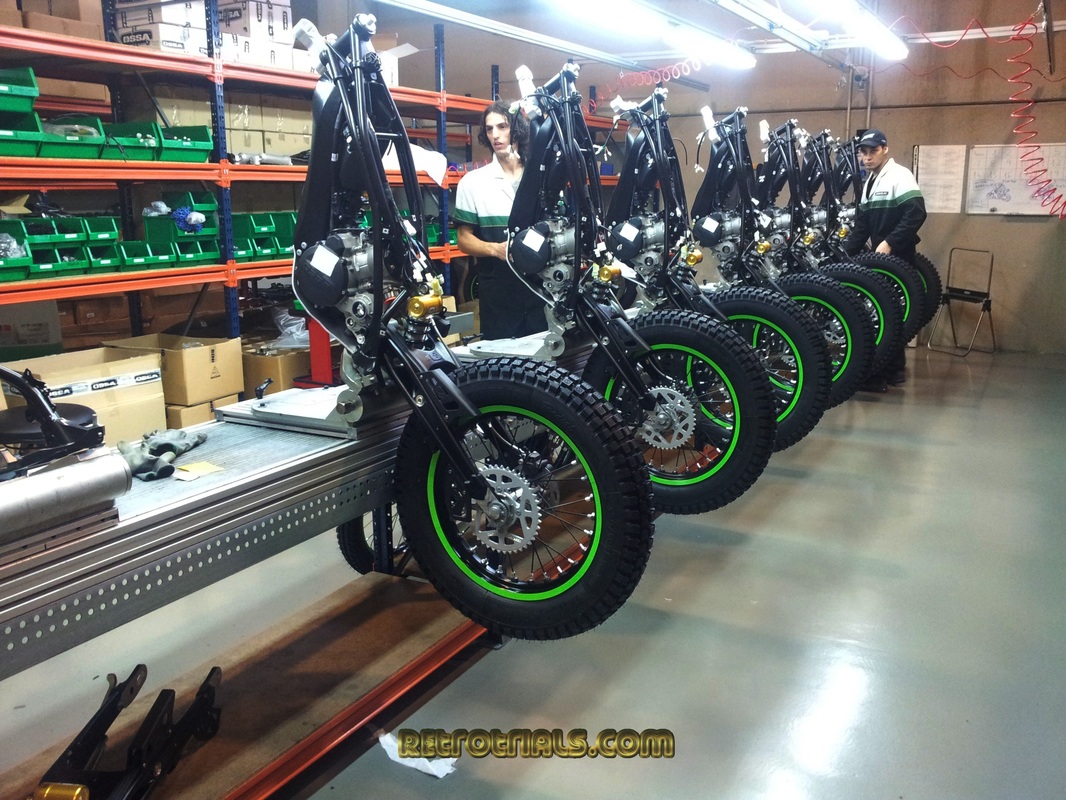 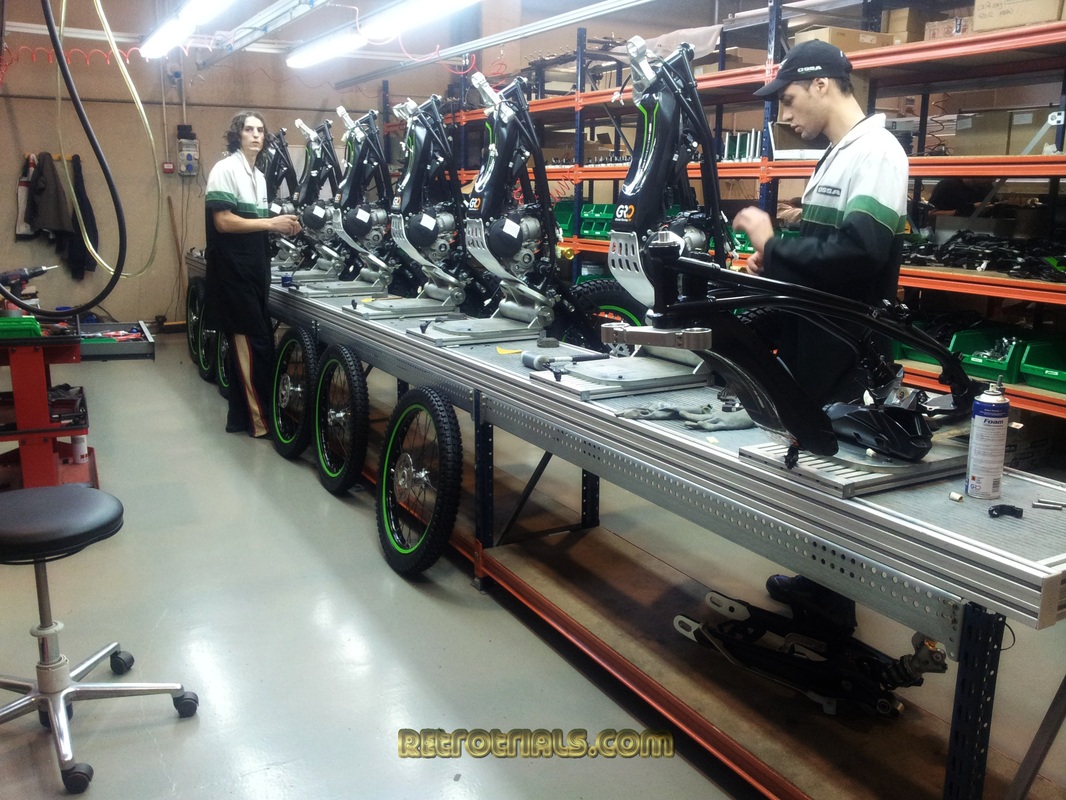 At the rear of the factory was an engineering section. This I was told were all the prototype parts were made.

Like most factories, the racing department for Ossa was not based there it was based a short distance away on the same estate. I had as scout around for the race truck but didn’t find it. 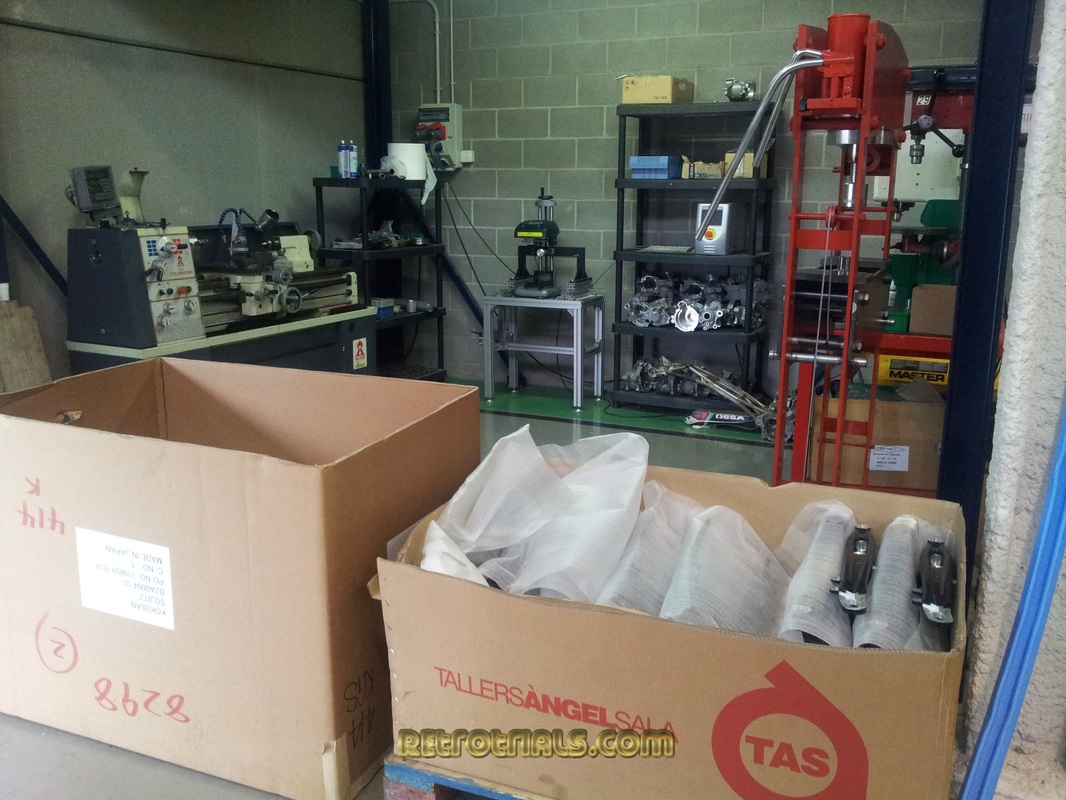