Anyway, the bike was good enough to make a Zero Prototype Replica, because most of the parts would have thrown away.

After a short test ride, I cleaned up the bike and decided to start with the exhaust system. This would be a tricky thing and I would
have to assemble and disassemble the exhaust hundred times. Also it would make a lot of dirt and scratches on the cylinder,
engine and so on.
To do it after the bike were finished, wouldn't have been very clever. I want to mention that the exhaust system on the Proto Zero
was made by hand out of parts from the TR34 model.  After Beta had changed the exhaust system on the TR34 in ´88 they had
many problems with the bike. So they decided to go back to the system of 1987. I studied the bike very intensive and figured out,
that they used different versions of exhaust systems on each of the two existing Prototype bikes.

I wanted to realize the version with the cylinder, same as on the later zero, because the round barrel would be not available. No way to realize.
For all people who don´t know much about the Proto Zero, I would like to mention that two of Prototypes had been built.
The first of the two was presented on the Scottish six days. This bike have had the round barrel I have mentioned.
The second built bike was equipped with the angel cylinder of the later in 1990 coming out zero. This was the version of the prototype I was going to build. 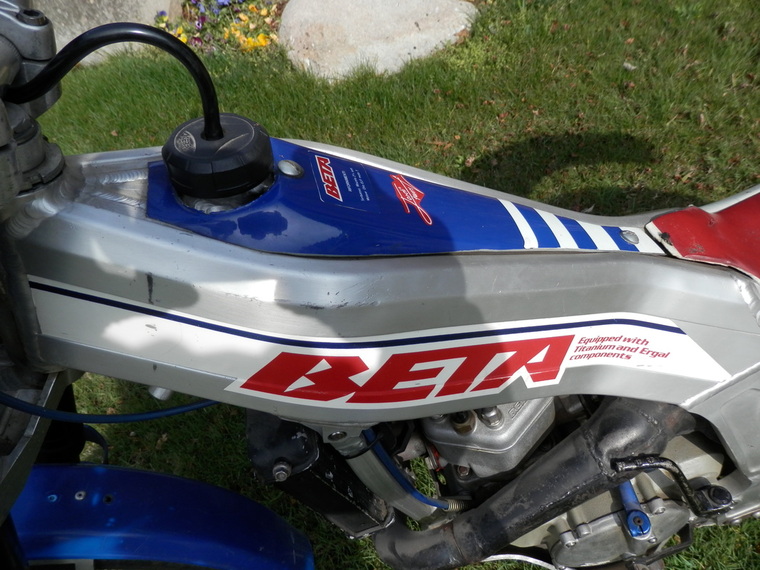 1988 JordiTarres Beta proto replica www.retrotrials.com
Also this version was changed from race to race with different parts, so you not can say how the bike really looked like.  For me the japan test bike is the best looking bike. What I mean with japan test bike, I will go to explain later, because even I didn´t know a lot about the japan bike at this point.

So there was a lot to do to make by Zero look anything like and as nice as the real proto.
I had a big challenge

First the exhaust.
I had two front exhausts of the TR34 and after sand blasting; I was cutting them into pieces to have different possibility’s to get done the middle part like on the original bike. I only had pictures to build the middle section.
The original production exhaust is nothing like the proto exhaust . 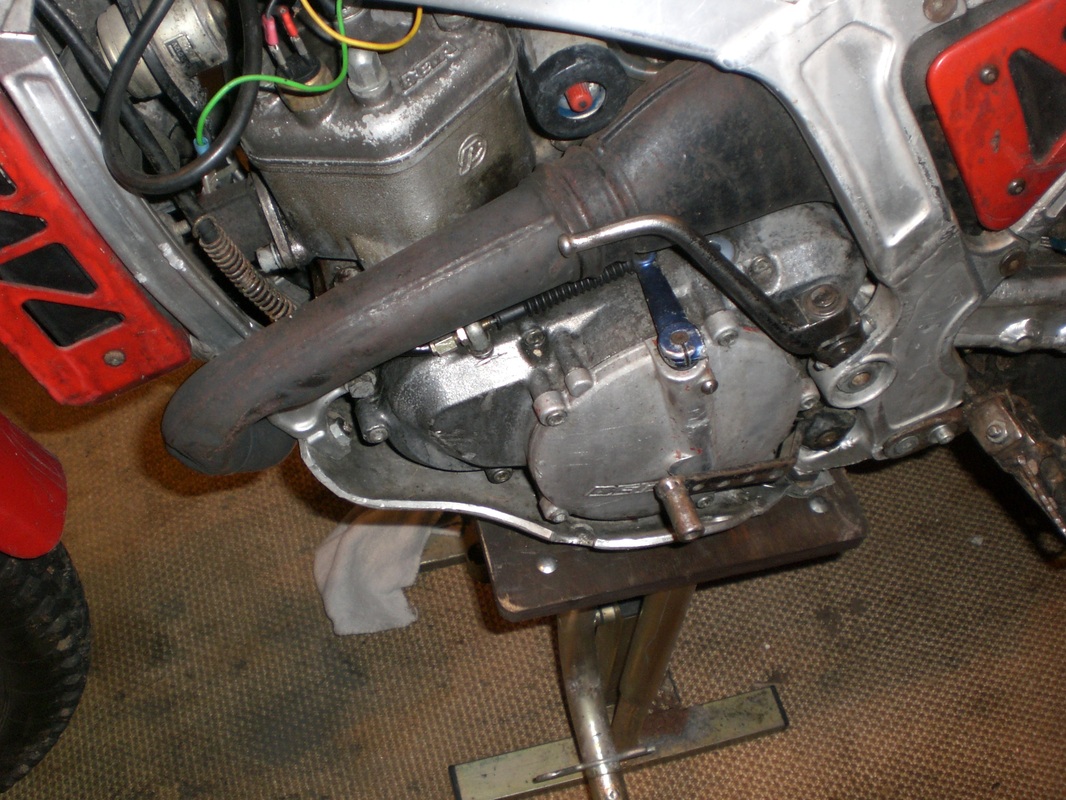 1988 JordiTarres Beta proto replica www.retrotrials.com
Fortunately i had two from Beta Tr34's exhaust to work with . 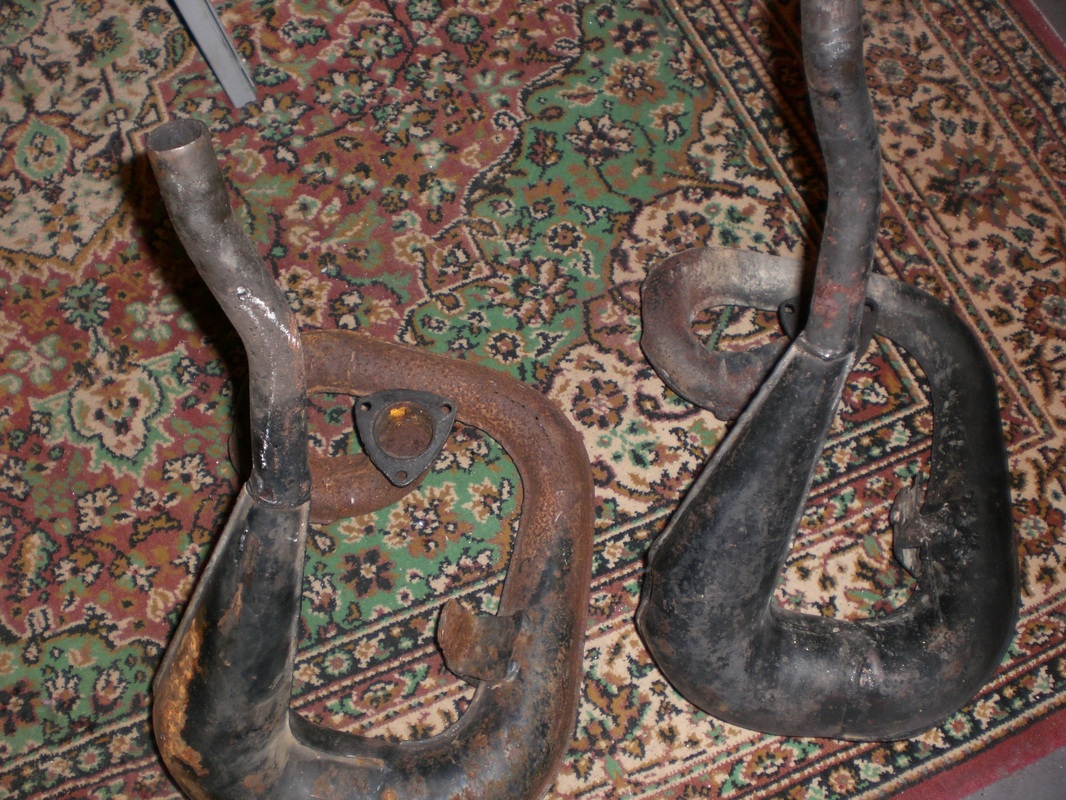 1988 JordiTarres Beta proto replica www.retrotrials.com
﻿The original exhaust was measured and templates made from cardboard. The Tr34 exhaust were cut to exacting shapes and angles and reused to form the new proto replica pipe.﻿ 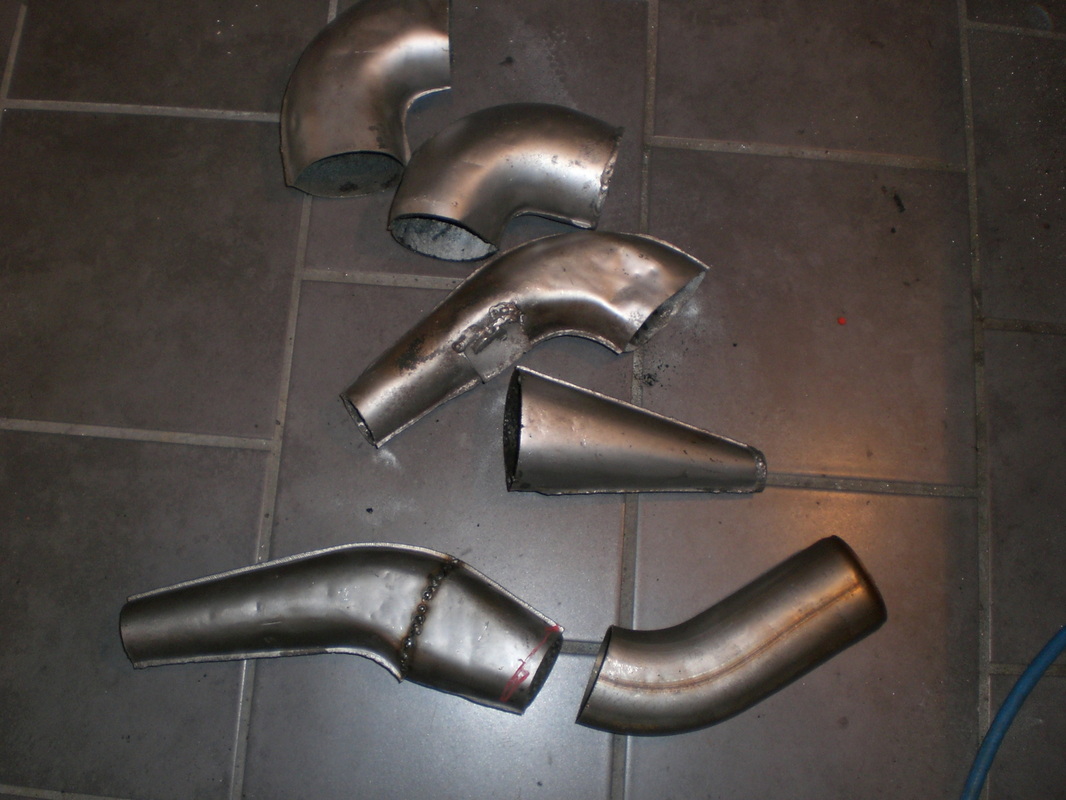 1988 JordiTarres Beta proto replica www.retrotrials.com
A huge amount of work
Its not an easy task and takes a lot of confidence.Getting it right cant be under estimated.
But as we all know. With time and patience almost the impossible can be created . Slowly progress was made. 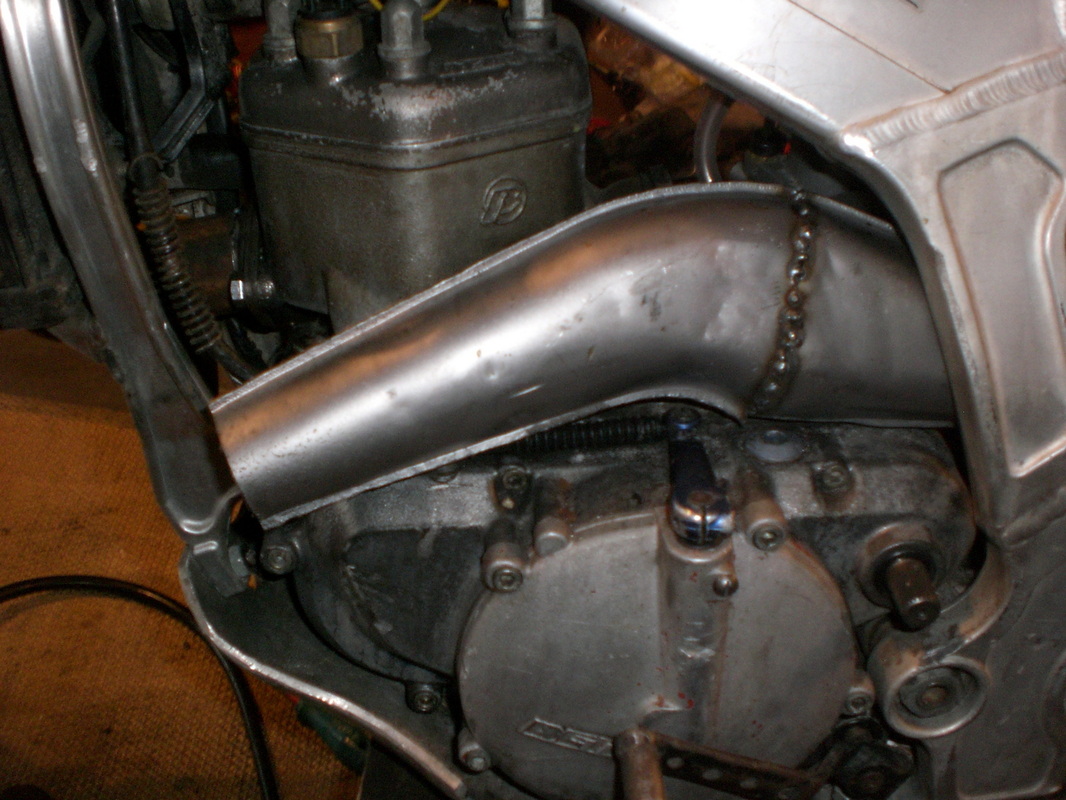