If I went to a trial in the region for motocross the whole village used to get a bus and come and watch the event. It was ever so nice in those days. At the weekends I suppose people had a lot less to do back then, life was simple and honest. That’s like we try to live. 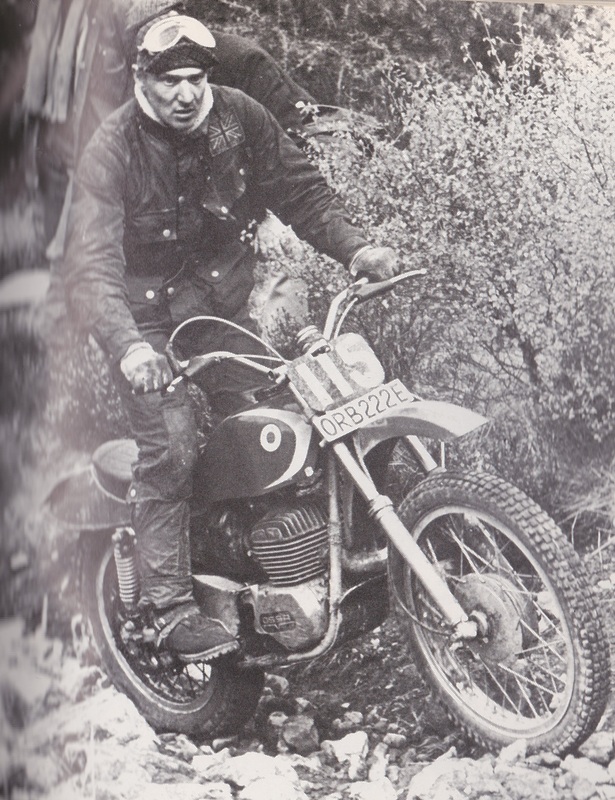 Mick Andrews interview WWW.RETROTRIALS.COM
They laugh at us now. We’ve got no computer, we’ve got an old mobile phone, but we only use it for emergencies when were abroad, because we’ve been attacked twice abroad, which was a nasty experience.

Did you get robbed?

Yes, with the car as well. They punctured the tyre at the traffic lights and when we stopped to change it, you know arrghh. Anyway, Jill sorted them out, she had him down, this one guy who was trying to attack us. I was round the back and she had him down on the floor. I got out and she got out and this guy came over, there was more than one of them. One guy was also standing up the road and another one was on a scooter. I attacked him with some handlebars so he ran off and got nothing. It’s a nasty experience so that’s why we’ve got the phone, for emergencies only.

So how did the Spanish react to you being on the Yamaha?

They didn’t.  I know that was one of the down periods of my career, but this was for a short period. We thought do we go to the world round in Spain to my favourite place in Terrassa? Jill said “yes” we must go”. It was a bad experience. I got jeered and booed and it was real nasty. If I turned up at a section and if Jill turned up at a section they booed at her as well. They threw stones at us both. Not big stones but …it was a bad experience very very bad. We got through it anyway. We’re ever such good friends with Sammy and Jill is as well. He did say something in the paper about Jill being at the event which was a bit funny but were over that and were still right good friends. It caught us at the time, but were over it now. It was a long time ago. Things were different back then. Not a lot of wives or girlfriends went to the events with their rider other halves.
Anyway we got back to Spain after with the Ossa  and the James and they’re all happy again and they’re not bothered anymore. It was just that short moment. Ossa finished at this time, just after this I think .Once Ossa had finished it was alright then. They always wanted me to stay with the Ossa but two or three years later the bike and factory had finished.

I read somewhere which described you as being the highest paid trials rider ever. Now, is there any truth in this?

When I first went to Yamaha it would have been yeah. I’d have been the highest paid. The Spanish didn’t pay much and so forth. They gave you a good contract with the Japanese yeah.

Did it set you up for life?

No, we had to work hard and we had to work at it. In that sense we didn’t have to spend a lot as when for example when we went to live in Amsterdam, what we was paid, we was paid. We didn’t use any of it for the simple reason cos the apartment was paid for. That was 500 quid a week, back then !. Everything else was paid for. We had no expense at all. Everywhere we travelled was free and paid for and they sent us first class everywhere. If we wanted they rented us leer jets and everything to go to places. 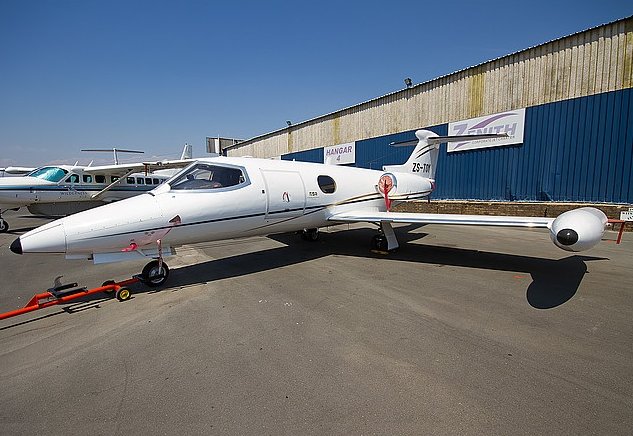 Mick Andrews interview WWW.RETROTRIALS.COM
Did that happen? You got moved around by leer jet?

Yes, it was cracking. The first time we was doing a trial in Italy near Milan. The following week was the Scottish. In fact the weigh in for the Scottish was the next day. This is when it started in Edinburgh. I think there was Lampkin and Rathmell as well. We did the trial on the Saturday and we all had to get back to Edinburgh for the weigh in on Sunday. I had gone down to Italy in the van with Jill and another guy was the head of the trial department at the factory in Amsterdam, Gerry Wood. He came down with us. I rode the event and Yamaha told us that there will be a plane at Milan airport for you. Gerry took us down to the airport and we sat there in this VIP lounge and this bloody jet came in and it was a leer jet. It was about a 12 or 14 seater with 2 jet engines at the back. On the tail was “MA”. I thought Oh that’s kind but it was “Macalpine” . ha ha ha ha ha. Then a lady announced “Mick Andrew please and your party for departure”. Your planes here. She said to us “where’s your party”. I said “there’s only Jill and me”. We had asked the Bultaco people if they wanted to come with us and they said oh no, they had a plane that was rented. It was a turbo prop. I said to them “you can come with us”. We had a stewardess on board and two pilots just for the two of us. It was wonderful. The pilot invited us up into the cock pit and being there when we landed. There was a big car waiting for us when we landed in Edinburgh for Jill, for the week, the hotel was all arranged. That’s how they treated us.

Do you think there was more money in the sport back then? These days the World Champions wouldn’t get picked up in a leer jet?

No they wouldn’t, no they wouldn’t. They haven’t got the money. Yamaha were selling tens of thousands of these bikes, trials bikes and whatever and it’s a big factory with big budgets. I think it was just a good period. It was nice we used to have private planes that we used in Australia as well. This would have been in the 70’s, 5 or 6.

Was this the Yamaha or the Ossa days?

After Yamaha you returned back to Ossa. Why this move then Mick?

Yamaha was deciding that the trials thing was going to stop. I think they thought the trials thing was going downhill. They were stopping competition with everything for one or two years and they got rid of all the riders. They wanted to keep me on and they did keep me on but it had to appear that I was left so they said that if you want Mick you can ride the Ossa again. I was still contracted to Yamaha when I rode the Ossa, yeah, they did want the other rider who had been let go saying “why did you keep him on and not us” type thing.

Presumably you had a contract with Yamaha that had to go its length?

Yes, but I didn’t have a contract with the Ossa, I just went to Ossa as they were friends.

Was it a bike that you were happy with?
No, not the last model. I wasn’t happy with that cos it wasn’t anything to do with me. I didn’t really want to be associated with that one.  In 1978 you went back to Ossa. Which bike were you riding?

It was a MAR, but the later version of it. The Ossa factory was there and they were still making small bikes and they called the bike that they were making then the gripper. The 350 as the yellow bike and the orange one was 250. That was radical. I didn’t have lot to do with this. That was Mr Giro himself, Eduardo I think with maybe a Spanish rider or two. Francisco Paya maybe and Giro. 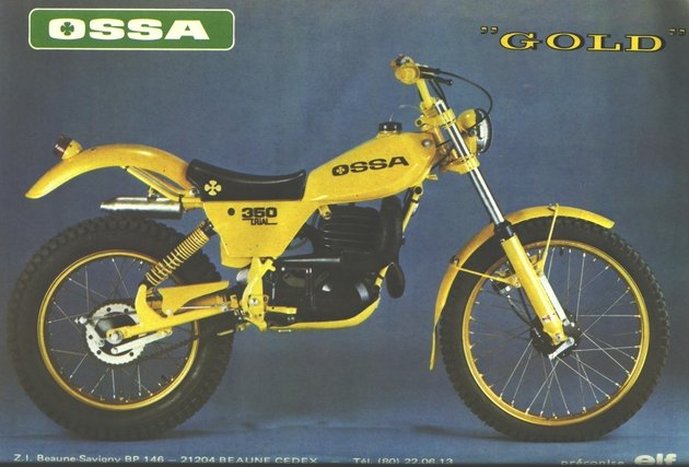 Well, John Shirt, I’ve always been friends with John Shirt, for a long long time, he was a little bit to do with selling Yamaha trials bikes and when we was finished with Yamaha we asked Yamaha if we could modify some of them and call them the majesty. They said yes, but we had to get permission to do it. So we made a few modifications to the Yamaha and called it the Majesty which is the Mick Andrews, John Edwards Shirt trials Yamaha. We didn’t think of that name someone else did. They said “Oooh, why don’t you call it this?”. We said yes what a good idea. Because it was such a big job to convert the Yamaha frame, we had to lift the engine and do all these sorts of things to make it in to a different little bike because we designed the TY range to be a bike that anyone could ride.