I’ve never seen anything that has created so much excitement as someone going backwards over a little rock and revving the bike up getting ready for the big step. All that is taken away with the no stop. It just gets the crowd going when you see the tension building up and the bike and rider are getting ready to go and the noise of the bike. It’s just an unbelievable feeling that you don’t get nowadays. Luckily there are very few spectators anyway so we don’t have that problem  ha ha  ha ha.
Tommi standing behind his machine with fellow Aprilia rider Oscar Giro. Oscar is now the boss of the competition department at Honda Montesa
Jordi was your main competitor. How did you get on with him?
I remember when I started at Aprilia and was first settling in there Diego’s bike would always get more work on it from the mechanics. If we were testing things then whatever he liked would go and he had the first say. Luckily Diego didn’t care about his bike too much and he could ride anything. You could give him a wheel chair and he would win the race ha ha ha. I was kind of the same way but a little more precise with my bike. It didn’t matter for Diego if they tested for him ha ha ha but I could actually see the difference and I wanted to develop the bike a little more and it pushed and went in my direction where they perhaps saw a future win. As I got better they listened to me more. We had really good mechanics at the team that they did a lot of work for him and both of us. They could see what the problem was.

Was Aprilia a good company to work for?

I would say so. We were treated really good. All of the support was good and we got everything we needed. The bikes were great and really good quality as well. I felt it was the first professional team in trials. Before the trials might have been the team principal and generic mechanics from the factory and most were old riders. Here since Aprilia was a big enough company we had enduro team, road racing team. They had a guy who was responsible for suspension and another guy who was responsible for the engine so it wasn’t “it’s worked for the past 5 years try that “. If you had a problem like the bike didn’t have enough bottom end we could ask professional guys what do we have to do to get more bottom end. We had the technology and knowledge to actually make the changes rather than guessing and saying I think this has worked before, let’s try that. Over all it just made it more professional.
Remember that Jordi was prepared really good for the 93 season and really motivated with his new team so it would have been really hard to beat him. But we could have got 2nd behind him and this might have been easier if I’d had a different mind-set. At the end of 93 Aprilia announced that they were quitting the trials side of the business as they weren’t selling enough bikes. They still wanted me to continue in 94 on the same bike but then I thought that it was way out of date and there is no future if they are not producing a bike anymore so there is no reason for me to stay there really and I started looking for other possibilities.

But they still had a production bike in 94?

Yes, but it was just a small change to the model and it was towards the end of the company’s involvement in trials.

Did they ever give you any feedback after 92 that you’d had an impact on trials bike sales?

No, never, that I remember.

Do you know any more information about why they pulled out of trials?
They needed to sell another 500 bikes. When I got in to the company they were still enthusiasts and motorcycle enthusiast running the company but that was just a transformation to the bean counters. People who don’t care about motorcycle and they were just counting numbers. I think they had to sell 500 more bikes and they thought it would be feasible to continue production but of course they were selling that many. Management say they’re pulling out before they loved trials and were all enthusiasts and it supported the image of the company.


Trials being a small sport. If you take out the enthusiasts I don’t think there would be a single factory today making bikes ha ha ha, so they wanted me to continue in 94 on a half private half factory supported team but at this time I had other offers as well, Fantic approached me.
A great 1988 poster for Fantic showing exactly how the name came about 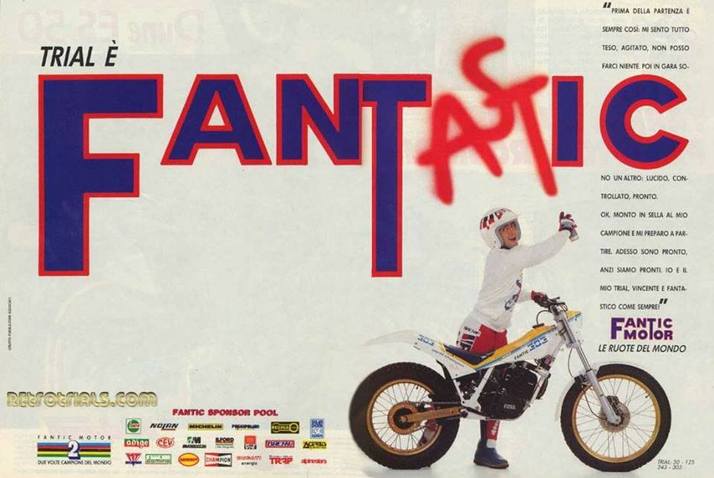 2013 Tommi Ahvala Interview WWW.RETROTRIALS.COM
I thought well it might be right to move on and get greater motivation. It was kind of like Jordi in 92. I wanted to prove the point that I could ride really good with this bike and am motivated by the new team and new bike. It wasn’t the best bike in the world but they made it happen.

Do you remember going to the factory to test the bike or did they come to you? How did this happen?
The Fantic Factory  - 1982 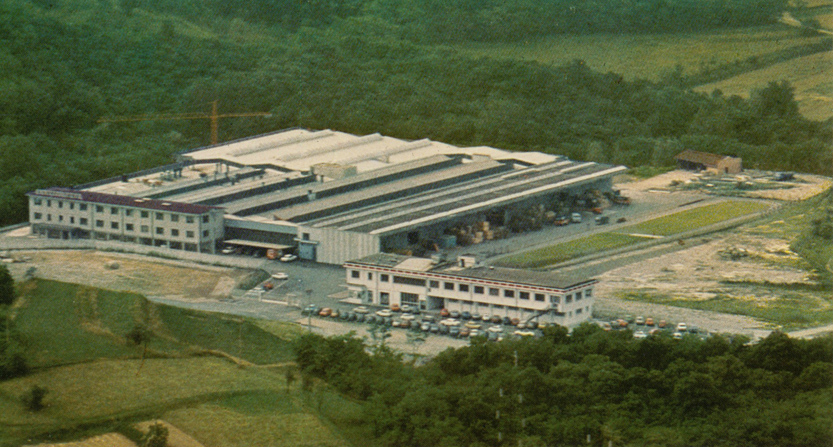 2013 Tommi Ahvala Interview WWW.RETROTRIALS.COM
Actually Diego was still a factory rider back then and we practiced together a lot of the time and he let me practise on the Fantic and I rode his bike in secret a couple of times. I was particularly impressed with the bike but it was one option I thought. Its ride able and I can modify this bike to work well.
Tommi Ahvala's heavily modified 1994 Fantic K-roo 249cc 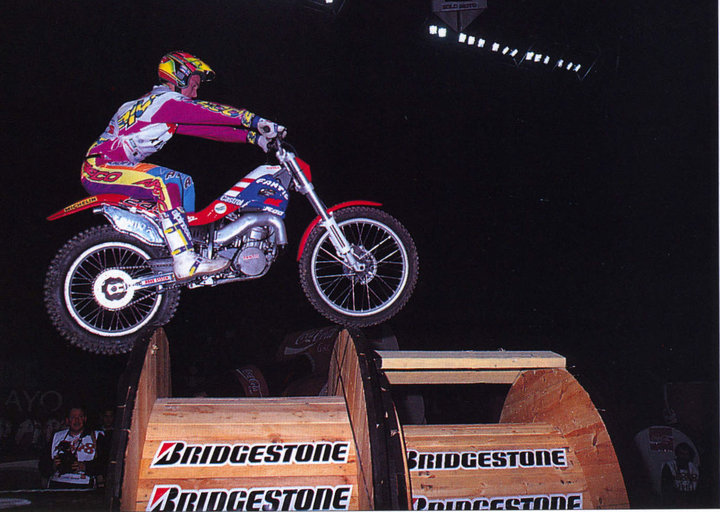