Now its time to give the wheels some attention.
They are pretty ropey, but there arnt many dents so they have potential.
Im going to give them the full works .
First i stood above  them and measur﻿ed the amount the hubs protruded on each side of the wheel . This would be critical for when i reassembled them. 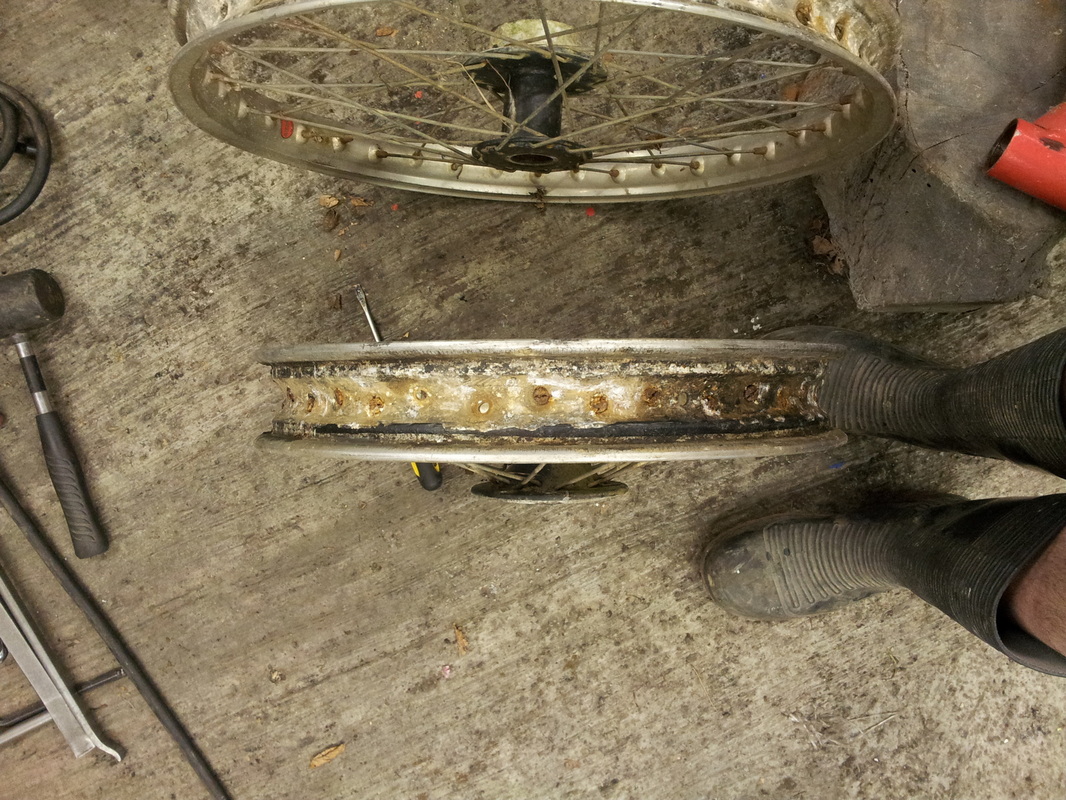 Original Spanish muck and wildlife still present. The tyre still had a couple of pints of water sloshing around inside , which meant i had an early bath when i took the rubber off :). The sprocket looks good.I can use that . 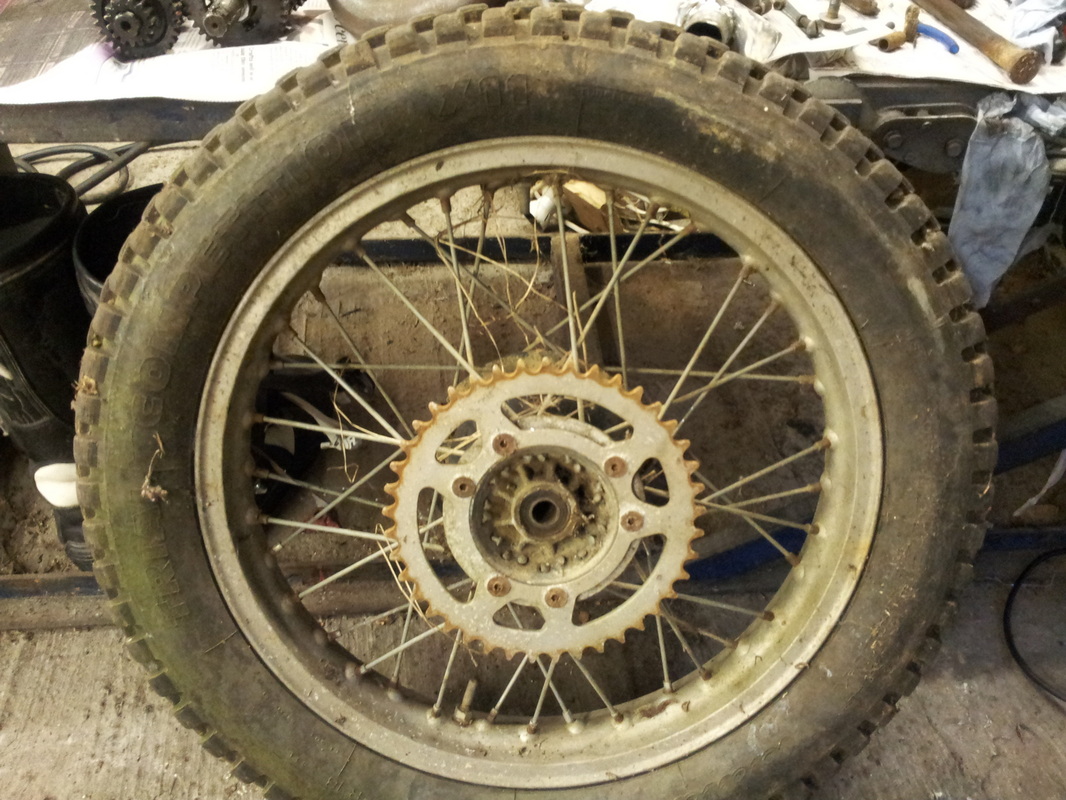 The spokes were seized so i pulled out the angle grinder and went beyond the point of no return. I was like a man possessed. All that destruction was great fun.
Ooopps ,what have i done !! 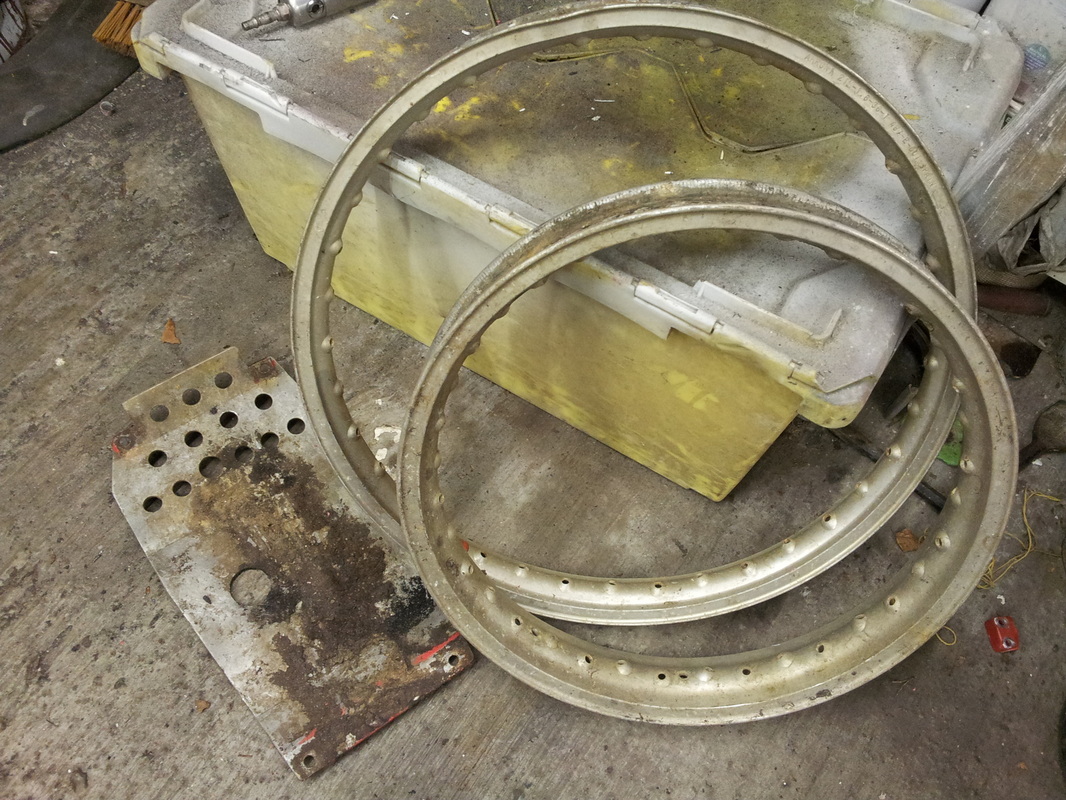 Now for the rim polishing. I have found that using a paint restorer like T cut gets the best results .
The rims are all finished . I'll give them an autosol when they're back on the bike. 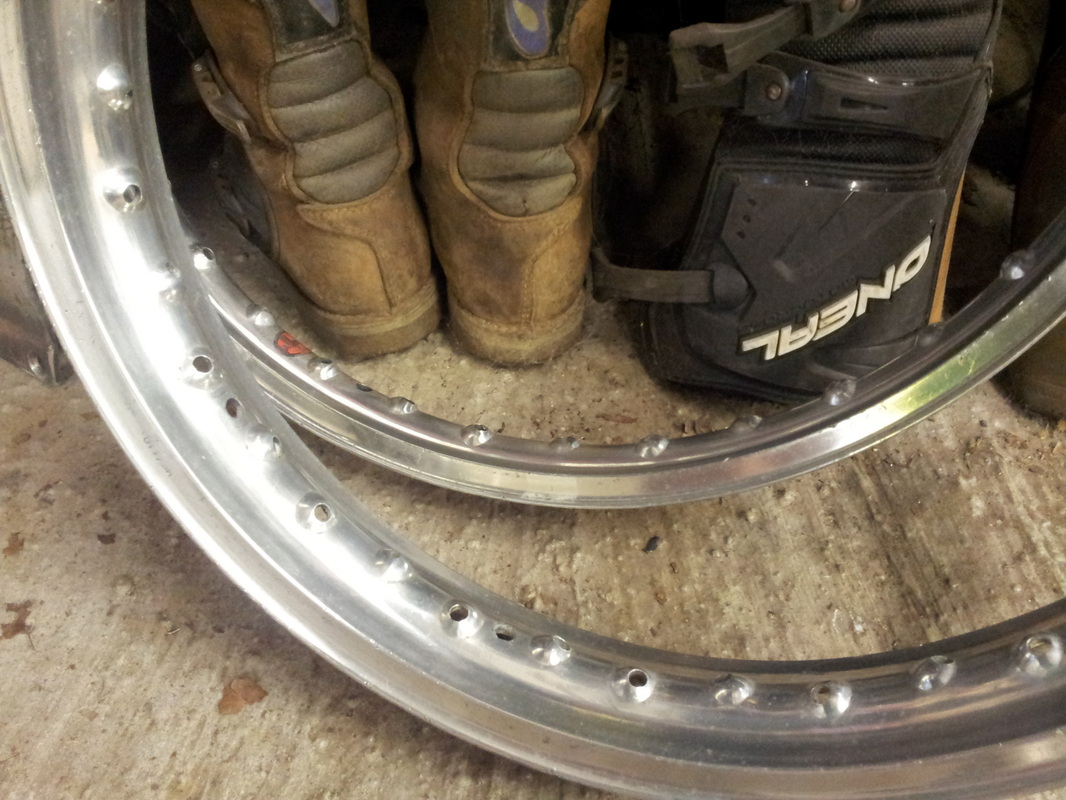 The disadvantage of T cut is that you get covered in muck ha ha . I did manage to remove a few spokes get the correct measurement. I then phoned around for a price. I was priced £68 per wheel for stainless steel spokes + £8 post . This would make it a total of  £144 if i bought from the UK.
I then asked my Spanish friends to help.
This photo wasnt my idea. I come back from the garage in this sort of mess every time. On the day i was painting the frame my wife told me i looked like an red Umpa lumpa from Charlies chocolate factory ......as if you needed reminding ;).