I remember that Martin Lampkin and Charles Coutard had already been at SWM when I arrived. Martin was already working on the Jumbo. I remember we went from a 320 to the Jumbo and that they were changing it at times from a 320 to a 350 and a  380. This bike was not a rotary valve engine. The 320 engine had like a rotary valve and I don’t think the jumbo was. The Jumbo was a really aggressive bike and difficult to ride. You had to be quite big and heavy to ride it and strong. For Martin it was good as he was strong and quite heavy and the power was good for him. This bike was quite difficult to control it in a technical area though. I rode the 320 at Scotland and won a couple of World Trials on that . I finished 3rd of the Jumbo.

Can you remember if there was anything in particular that you helped develop on the bike or had Martin pretty much done the job on the development ?

A wonderful photos taken by Bill Sparks at Alberta in Canada on JUne 20 , 1982. Bernie won the trial followed by Thierry and Eddy Lejeune , with Charles Coutard 4th.Bernie was presented with this native head dress for his win . He put it on and the crowd loved it. 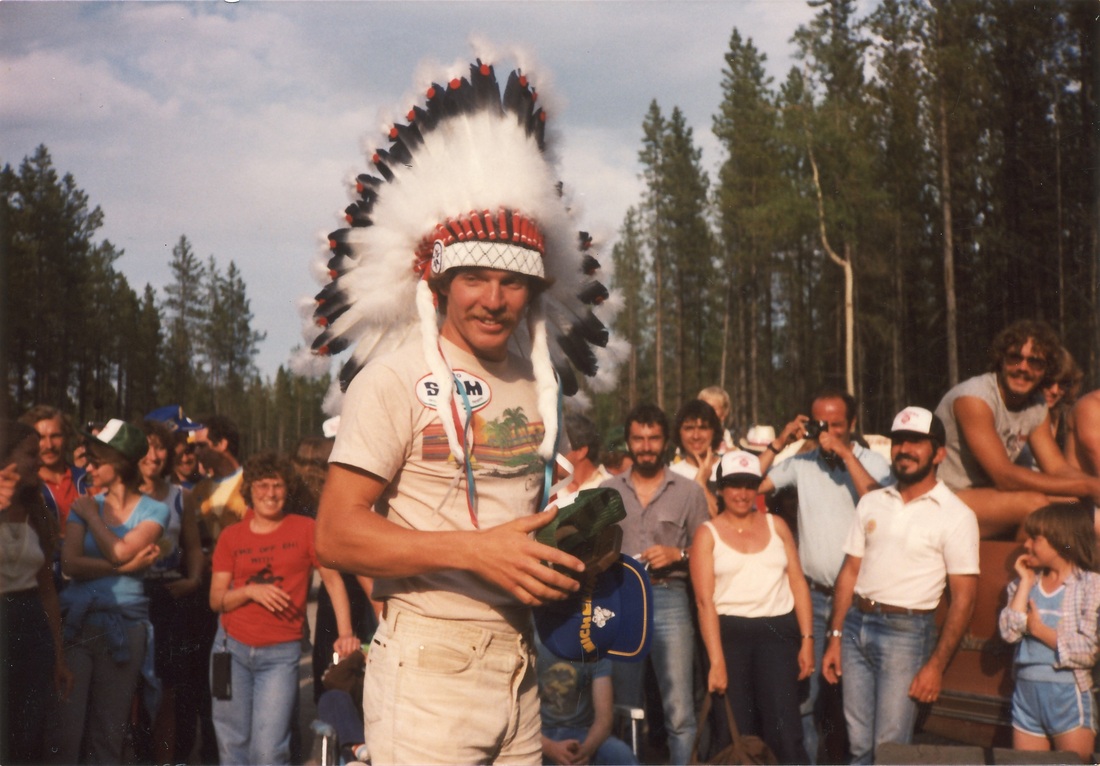 2014 Bernie Schreiber Interview photo Bill Sparks
It was already in some advanced stage of development. Thierry Michaud had completed a lot of the work on it as he took over that bike and won the World Championship on it. We were all involved in the development though. It was a very good bike for riding up at altitudes and it had a lot of power. It was a good bike but it was just difficult to ride. You had to have a certain riding aggressive style on it. Michaud won quite a few World Championships on that bike.

My passage at SWM was more about riding the bike than development. I rode the bike much more than I was involved in the development of it.

In 83 was there still hope for another World Championship win?

In 1983 I changed the bike again, it was a never ending story of bike changing. It's tiring and it takes a long time to get used to a bike and I'm getting older and techniques are changing. I had to change to a Jumbo which is a completely different bike to a SWM 320 which I was riding. It didn't really have enough power, but it had some other advantages to it. If I thought I was gonna be able to win, it really has to be in 1982. This is what I thought at this time. After this time, I had lost, as i could see the style had really just changed so much from 1983.

To some extent it was quite fun yes, but it got to a point where it just seemed to be getting like a circus. You didn't have to be a trials rider and you could still ride indoor trials. The sections started to get harder as the bike started to improve and it really started to change with these mono shocks coming in.
The incredible Barcelona Indoor trial 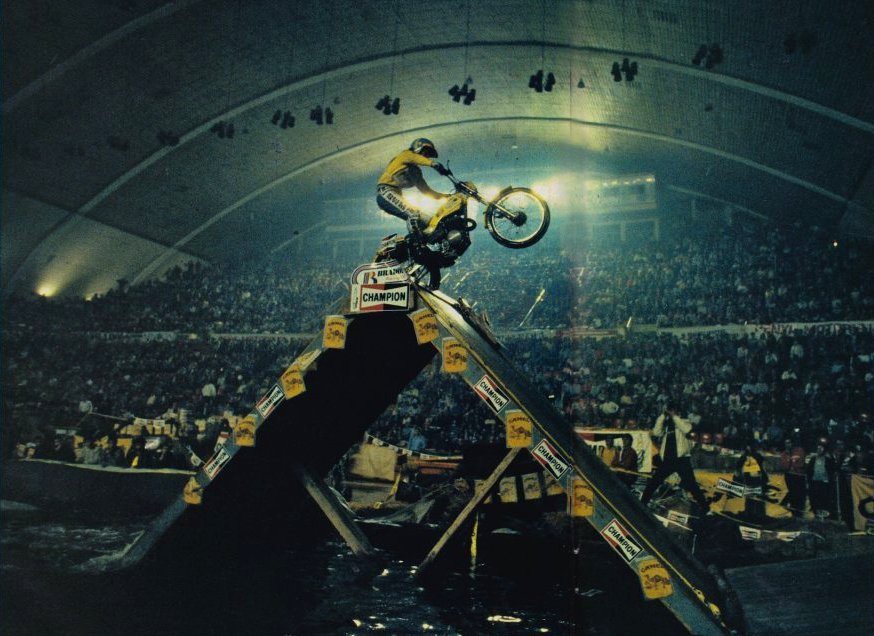 2014 Bernie Schreiber Interview photo solomoto
Always packed to the house full with chanting spectators , the Barcelona indoor trial was in its hayday in this set of 3 pictures
This photo along with the others below was taken at the Watkins Glen US World Trial held on June  the 10th 1984.


You will see that the SWM tank logo has been removed and replaced with a "Total" decal . "Total" are of course a petrol company. 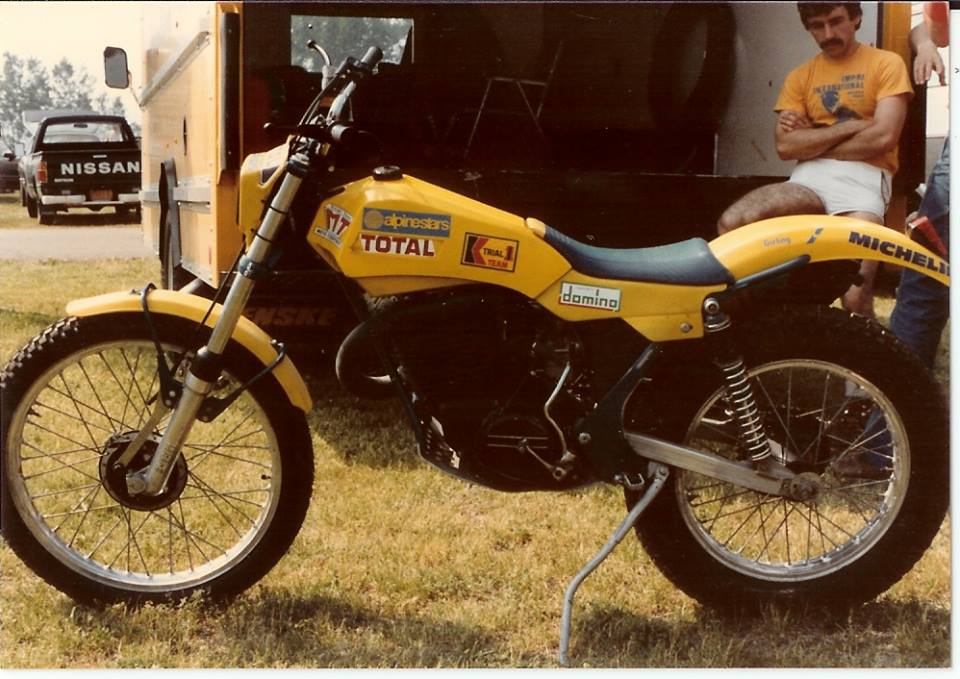 2014 Bernie Schreiber Interview photo matt liberatore
Bernie rode the Jumbo at Watkins Glen and he along with team mate Galeazzi . They both removed the SWM badges on the bike and replaced them with Total decals.

I wanted to know why ....  so i asked Bernie .
An excellent pre season training photo by Len Weed along with two photos of Bernie during the World Trial season.