The 100 litre compressor works well and the garage is sealed air tight. It is however missing the extractor fan , so to avoid over spray as well as the filtered opening to allow fresh air in. ill just have to leave the door open and hope a plague of miggies doesn't decide to invade . This little room stops everything in my workshop changing colour.
This building is just specifically used for spraying. Its a bit of a luxury bearing in mind its only used once a year. My wife is banned from entering on the grounds that she'll fill it up with garden tools :). 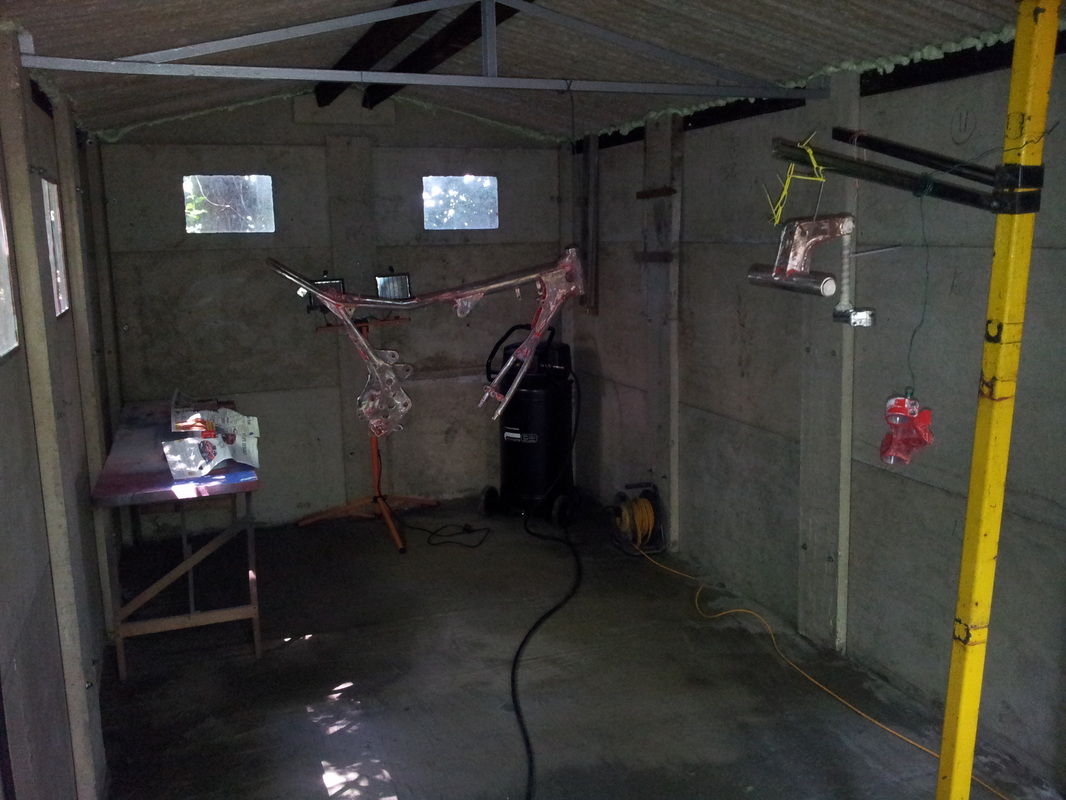 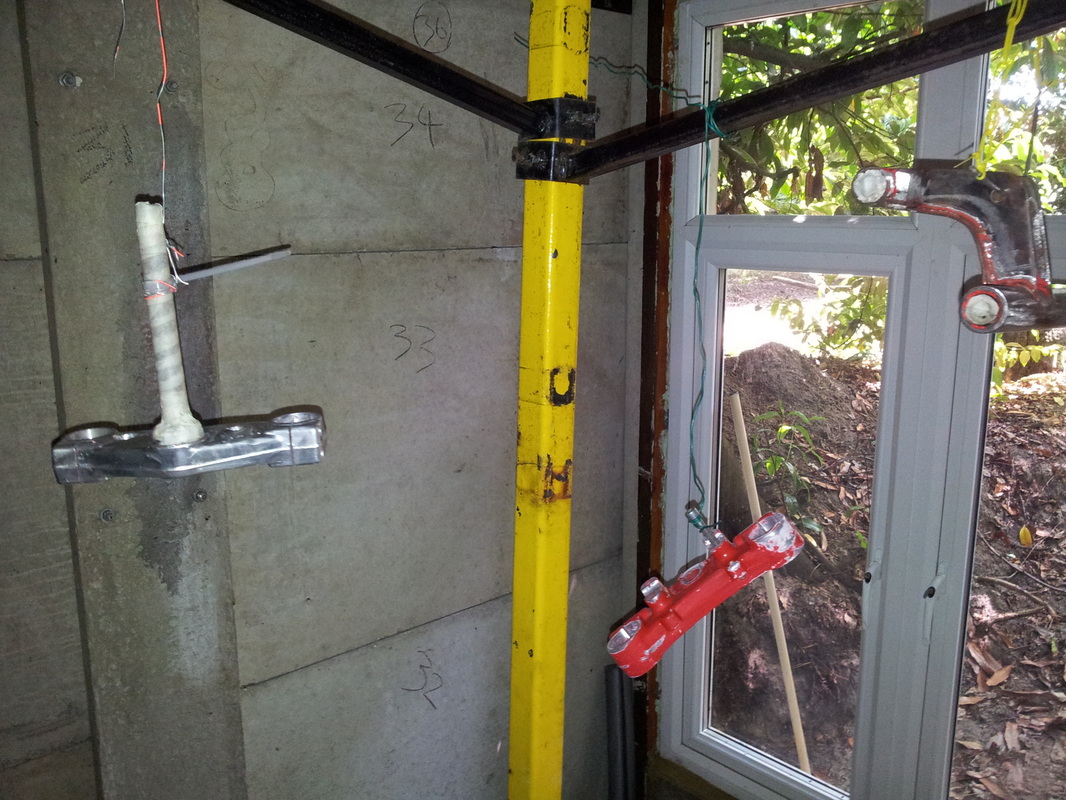 1986 GasGas Halley restoration www.retrotrials.com
3 coats of white 2 k primer later and then a rub down . 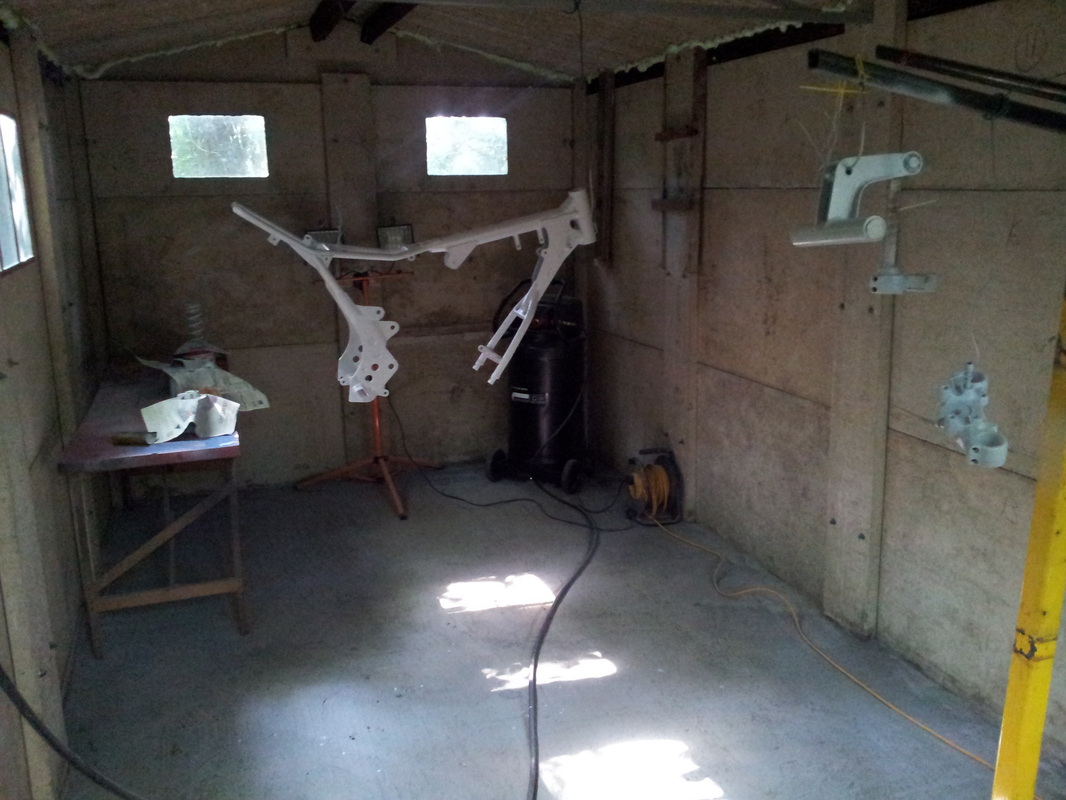 1986 GasGas Halley restoration www.retrotrials.com
Im obviously not a proffessional sprayer , however i know the basics and know  not to rush the job . Over the space of one hour the parts were pained with three top coats. 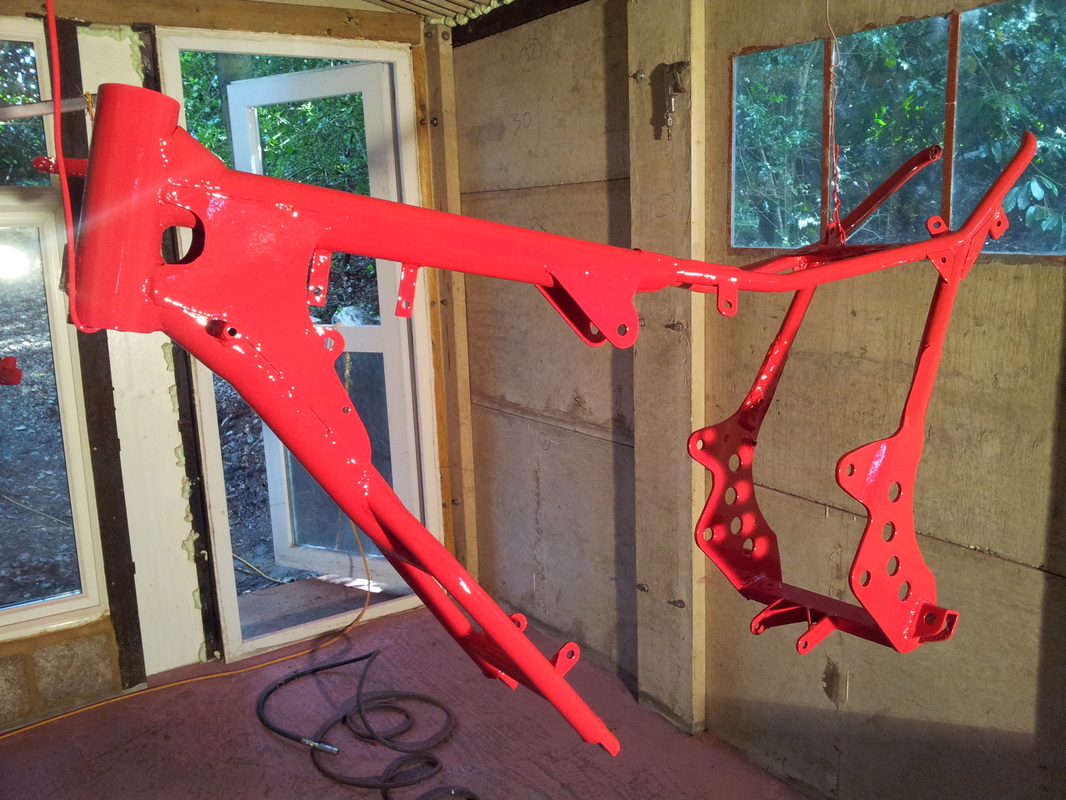 1986 GasGas Halley restoration www.retrotrials.com
They came out well. I will have to clean the paint out of certain places , but thats no problem.
Im pleased with the results. I am very fussy about getting the paint as flat as possible. As they say , its all in the preparation.
Using a mini gun i sprayed the engine with a heat resistant  satin 2 paint. This way , petrol wont dissolve the paint. The paint will also be far more durable.