Were you in the factory every day working on the bike?

Yes, 6.30am, I had a little Ossa moped with pedals and I just to go down, sometimes it was hard work, cos sometimes when  we had had a row with Edwardo, I was back at 9am. Back home. It was right funny cos it was what did they used to say with Spanish, you never buy anything that’s made after lunch or something like that. When we had breakfast, we would start at 6.30am and breakfast would come about 8am, it was unreal, we would have big sandwiches, bottle of wine, so I would say don’t have a bike that’s made after breakfast. But that’s just the way it was, in a lot of places.

It’s just Spain and that’s why we love them.

Did you get the bike exactly how you wanted it, the MAR bike?
The rear of the original Spanish Ossa MAR sales leaflet 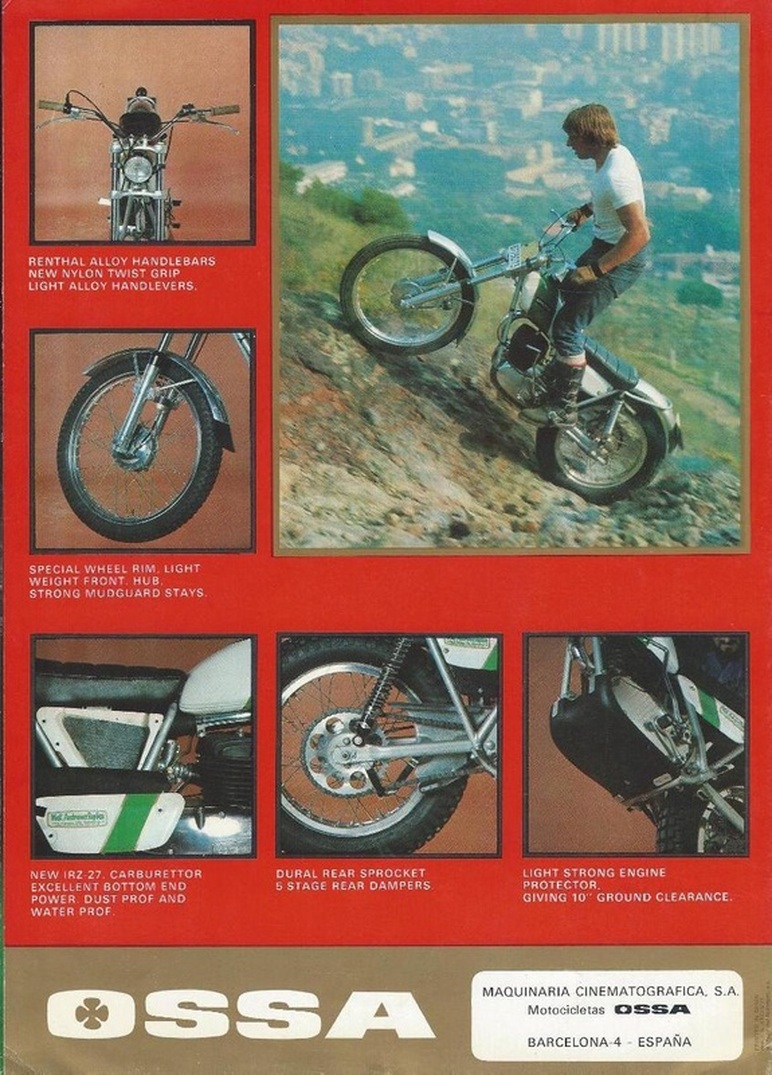 Mick Andrews interview WWW.RETROTRIALS.COM
More or less, yeah, it was good. The Americans had a little bit of input, because we always used to have to go out there as that was the main sales area, so we would have to go out there, the 2 of us and it was all good fun, we did get the bike how we wanted it.

Here is a series of photos taken of Mick by Matt Libertore at the 1978 USA World trial. The event was held at Roaring Branch,Pennsylvania. Lampkin came in as the leader, Schreiber won the event. Thanks for the photos Matt.
The Mick Andrews Replica of the same year was named the Plonker for the US market. 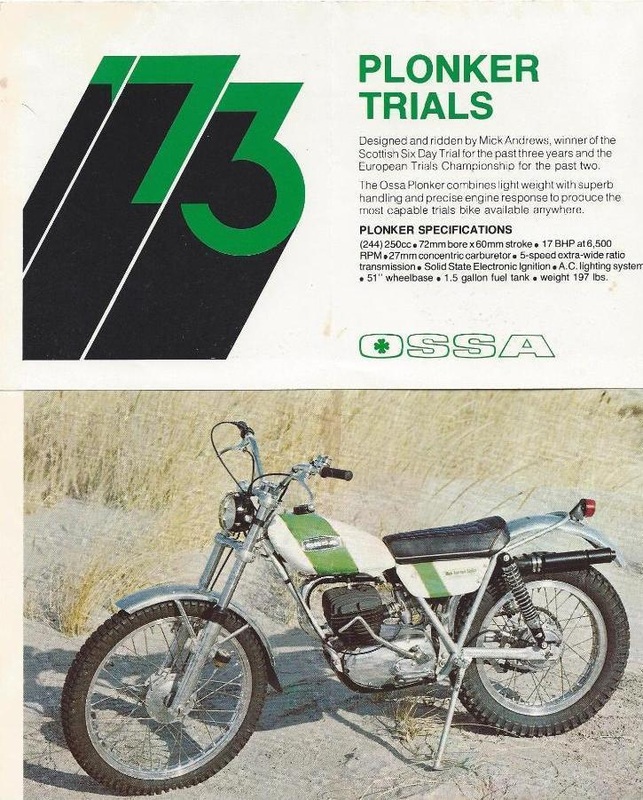 Mick Andrews interview WWW.RETROTRIALS.COM
How did the OSSA MAR compare to your competition, the Bultaco?

It was different, we tried to make the styling different, and so forth.

So did you think you had a Bultaco beater?

Oh yeah, and we proved that in the end.

You could use the Bultaco and try to better things from there?

We never liked to copy and I always had that as it would look wrong, so we just did our own thing, little strange things with the engine and whatever yeah it worked our very very well, but we never had problems with Bultaco.

Did you view the Bultaco at the time though as the benchmark that you had to beat?

Yes, with Sammy’s bike, we did. With the Bultaco people we was friends. I still get invited to go to their parties now, with the boss and everything.

Who were you friends with?  Did you ever go to Masia San Antonio, the house with the tower? 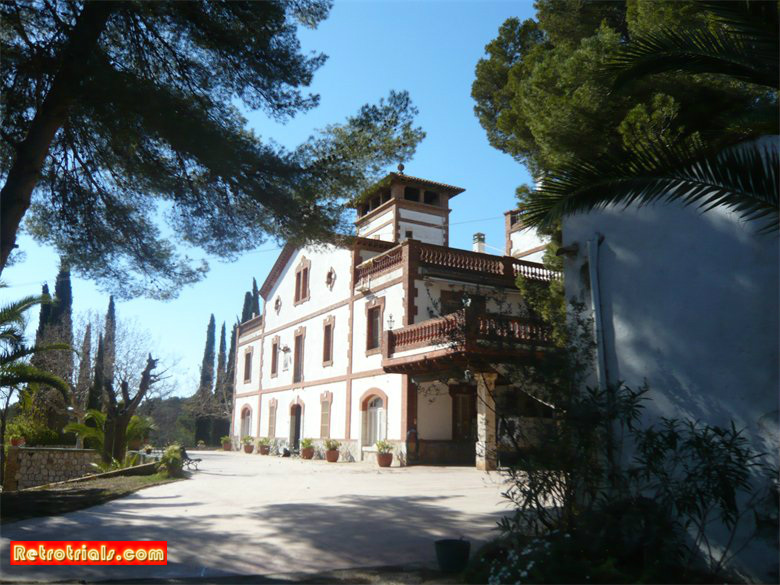 Mick Andrews interview WWW.RETROTRIALS.COM
We are still friends with Ignacio Bulto, Manuel Soler, so we are all still friends, in fact one year, we was riding the Spanish Championship Enduro, I didn’t do all the rounds, but Oriel did and he was winning the Championship and he broke down and I stopped to get him going again and because I stopped to get him going again he finished the event and he won the Spanish Championship and that was a Ossa rider helping a Bultaco rider and vice versa it would have been the same, they would have helped me, so it was always nice relationships and that’s why I think we have always been friends with the people. Always.

Did you work with the Spanish mechanics down there at the Ossa factories, did any English mechanics go down with you to help develop the Ossa MAR?

We was working alone, just the Spanish, I had no mechanics or anything. Many times were used to go to the World rounds and European rounds, Jill and me and the big boss of the factory would come with us.

It was a family business.