It’s been 30 years since I went to Masia San Antonio, Ignacio, it’s possible we will see Ignacio in 2 weeks time, I’m riding with Manuel Soler. Oriel Bulto, we won’t see as he’s in the states, but Manuel and Ignacio might turn out at this particular event we are going to. Nice lad is Ignacio. I used to mechanic occasionally for the road race team and one time I was mechanicing for Santiago Herrero, the year he was killed in the Isle of Man and I had to take the bike back to Spain and that and that wasn’t nice.

In 1971, 1972, they were terrific years for you, what memories do you have of those years, what is your over riding memory of those years? 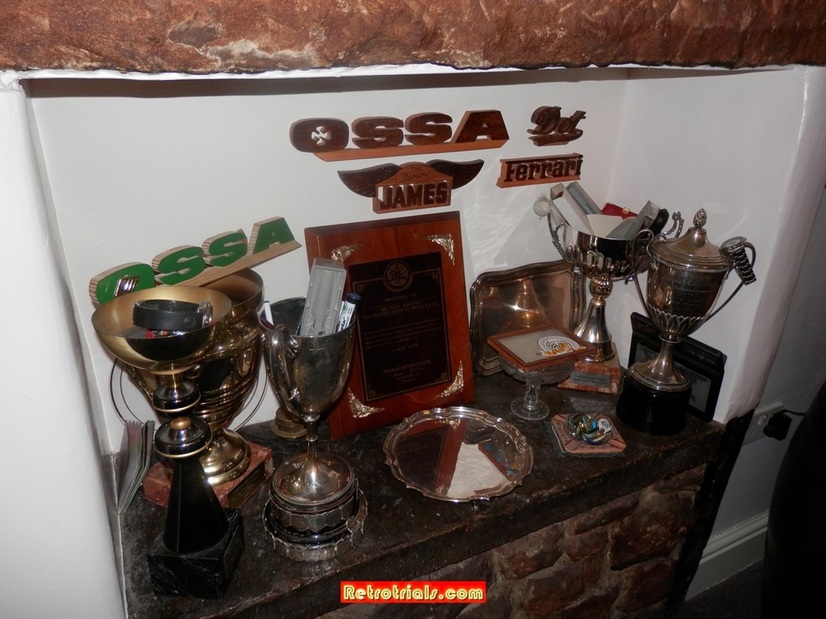 What was your favourite round of the year?

Was it an enjoyable experience?

Oh yeah, everywhere we went we had an enjoyable time, it was really good.

When you were in Spain you were on a Spanish bike and this was a time when the Spanish people were getting to know you, what reception did you have at the Spanish events back in 71 and 72?

Everything was wonderful, with the Spanish, but there was still this overriding thing with the Franco era and that, for example we went to the beach and you couldn’t go on the beach with a bikini, cos the police patrol the beach, you couldn’t have a mini skirt, it was unreal and then when Franco period had finished the Catalans became free, because I don’t think they were allowed to speak Catalan. I couldn’t speak the language it was unreal. The Catalans weren’t allowed to speak Catalan in the Franco era, they did, but they weren’t supposed to, but once Franco had gone, they had their Catalan flag again. We had a good relationship with everybody and because we mixed in, I didn’t want to be just a rider, I wanted to be one of the lads, so if they was having a drink, we would with them, sort of thing and we would ride a section and the spectators would say do you want a wine Mick or whatever and we just had a good relationship with everyone. It was really really good. The big problem came when I went Yamaha…….

The Spanish were crazy about you at this time ?

And the French and the Americans.

But for me, I’m a Spanish motorbike crazy nut, the Spanish we crazy about you, you were their number one rider.

The Spanish people really look after us and make us feel welcome always. I couldn't ask more of them. They're wonderful.

No, still now, it’s incredible, even now, we was in the city one time, not a long time ago, a few years back and it was pouring with rain and we couldn’t get a taxi and a car pulled up and he said, eh Mick, do you want a lift back, just somebody had recognised us and stopped and gave us a lift (mick chuckles). We must have been on TV quite a lot with the motorcycling and all that and little things like that.

Did you get a good welcome when you went into sections as well?

Yes, the same with Jill as well, it was the same, it was a team thing and we used to get invited to go everywhere, it was good.

Did you meet any famous people while you were on your travels?

One person I met was Oliver Reed, yes down in Spain. 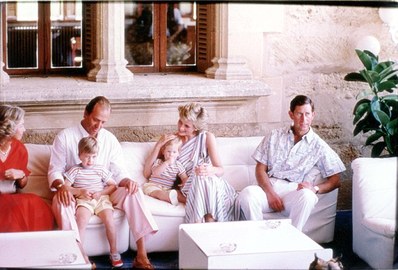 Mick Andrews interview WWW.RETROTRIALS.COM.
You see, in those years the Ossa family and Bultaco family, you’ve got these people and the rest. They were big influential and wealthy families, who circulated with royalty. One rider from the factory, Carlos Giro was a friend of the royals. He was a road racer and he had a restaurant called Alamenta which was not a long way from the factory.

How did you get to know him?

We went to do a motorcycle thing in South Africa and the hotel where we were staying, he was there.  We were down in the swimming pool one day and it was only us there.  We see a guy on the other side of the pool and Jill says “that’s Oliver Reed” and he says would you like a drink and we said “that would be nice “. So instead of having a glass of wine he had three bottles delivered to the pool side. He was a big drinker, yeah and that’s how we got to know him then we invited him to a demonstration we were doing at the show in Johannasberg and he came to that and after that he invited us to his house in Guernsey, yeah so it was nice. We got a nice little drawing from him. It says “to the biker and the biker’s bird”. He did us a nice little drawing with that. He also head butted me. 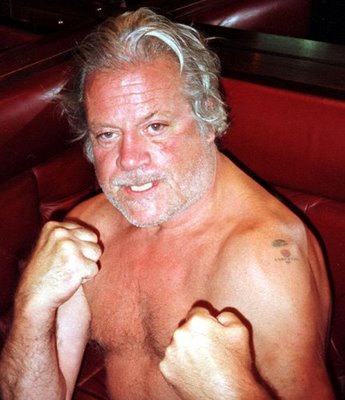 I came back to the bar and for some reason …he perhaps had had quite a few and I don’t know but we were sat there and he got me “bang “ on the head, head butted me and I never flinched and “oh” and we continued drinking one thing “I wonder what that was for?”. We has some good times. By george did they drink. He’d drink at breakfast everyday but he’d never out drink this one. She was born in a pub and lived in a pub.

I call her Liz, but her names Jill.

What would she prefer I call her?

She doesn’t worry. Sometimes I call her “gobber”.

Has your wife always done the paperwork for you and the organisation of your events?

We just do it …it just gets done. The big thing is just the sorting out of all the income taxes and all of that, that is a major feat, but we had an accountant to help us with all of that.

What do you feel that your strengths were as a rider? You obviously had a lot of success in trials. What were your strengths?
One obvious strength that Mick has was his incredible physic as can been seen here in trials school photo on Micks fridge. Jill is mad keen on Michael Schumacher which explains his picture next to Mick's. She will be very upset at his recent unfortunate injury 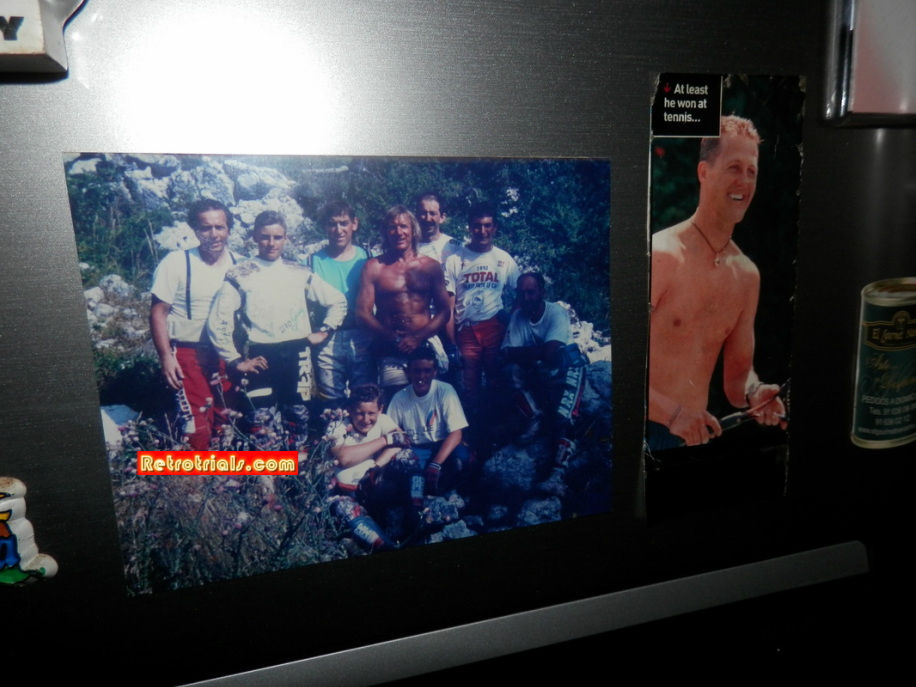 Mick Andrews interview WWW.RETROTRIALS.COM.
So I’d say “I’m not doing very well today I’ve got a problem with the bike blah blah blah”. Then at the end of the day I’d won. That’s where the magical came from I think. That’s all I could think of because people might have said “Oh he’s always moaning about his bike and wouldn’t say he loved it”, but that was me. I didn’t want then asking me this. Kids today ask each other “oh how you doing. How many have you dropped”. I say to them “just tell them you’ve dropped none” even if you’ve dropped 20.