Sitting on a little Montesa Cota 25 cc, which he helped to design at Montesa, Pere shows us the first trophy that he ever won. 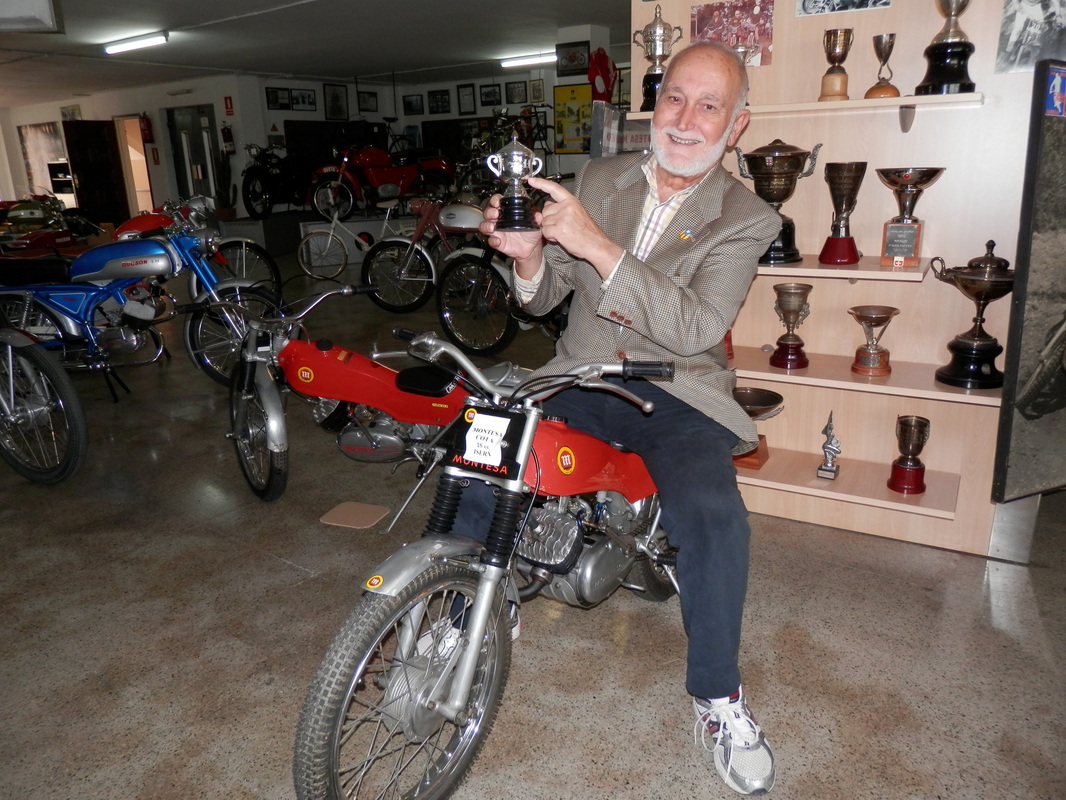 2014 The Pere Pi Museum - retrotrials.com
Pere sitting on his favourite bike. The Montesa Cota 247, which he was responsible for designing at Montesa. 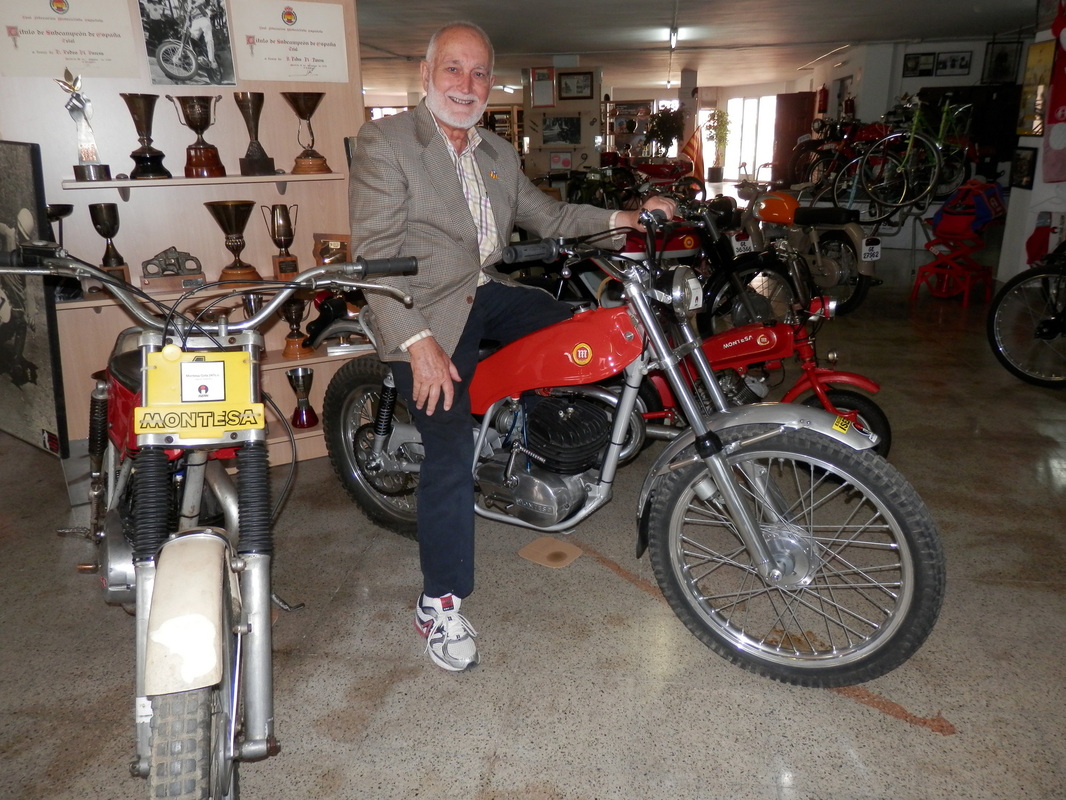 2014 The Pere Pi Museum - retrotrials.com
Some more of Pere's trophies.
These other racks of Trophies from here and below were awarded to team ISERN and their riders. It's a huge collection. You have to win pretty big competitions to get trophies this big and this valuable. It beats my small plastic cups. It's also another small piece of evidence that best days of motorcycle sport are behind us. 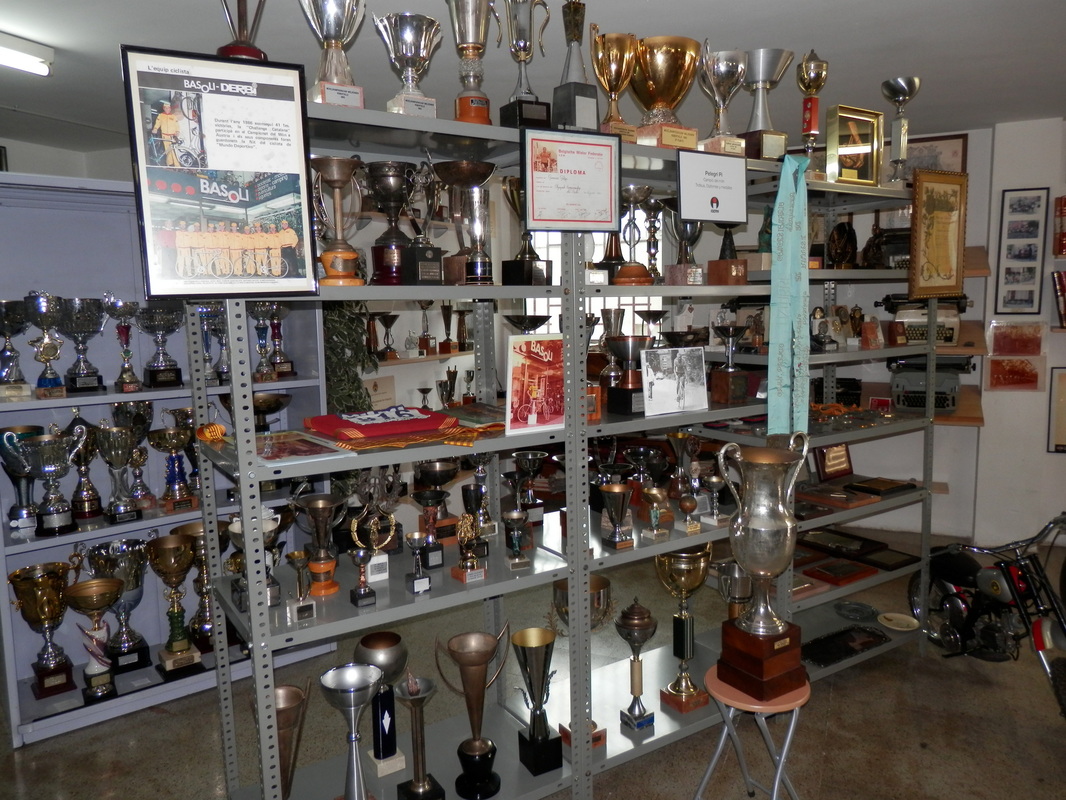 2014 The Pere Pi Museum - retrotrials.com
Josep Isern is not a meek quiet man, let me tell you. He is a very strong character who like Pere loudly and passionately tells you what he wants to say whilst at the same time glaring at you strongly looking for the slightest expression on your face to give him any clue you might agree with him or not. It's this steely character and dogged drive that saw him being the World No1 Montesa dealer for a number of years, back in the hays days of sales.
I walked into this collection and my jaw dropped and my eyes were darting everywhere. Josep knew this. He could see the same reaction on my face that no doubt everyone has who enters this large room. He would continue to speak with me, but he knows I can't hear him. I've gone ga ga and my brain is overloaded with images to process. Hearing has shut off and crashed. Seeing this throughout my visit Josep would grab me like your Grand father in law would. Josep would grab me on the upper arm and squeeze it hard to get my attention.

This guys no weed. His hands had been exercised relentlessly for 40 years in the motorcycle industry and racing motocross. Whether it's welding tools or holding onto the bars for dear life we all know your hands and arms develop strength. Well Josep's a strong guy and when he gives you a little squeeze to get your attention  ......you know it. OUCH !!.
At one end of the collection room is a sectioned off area with a large grand dining table. It's here that the local motorcycle club meet. Moto club Mollet. 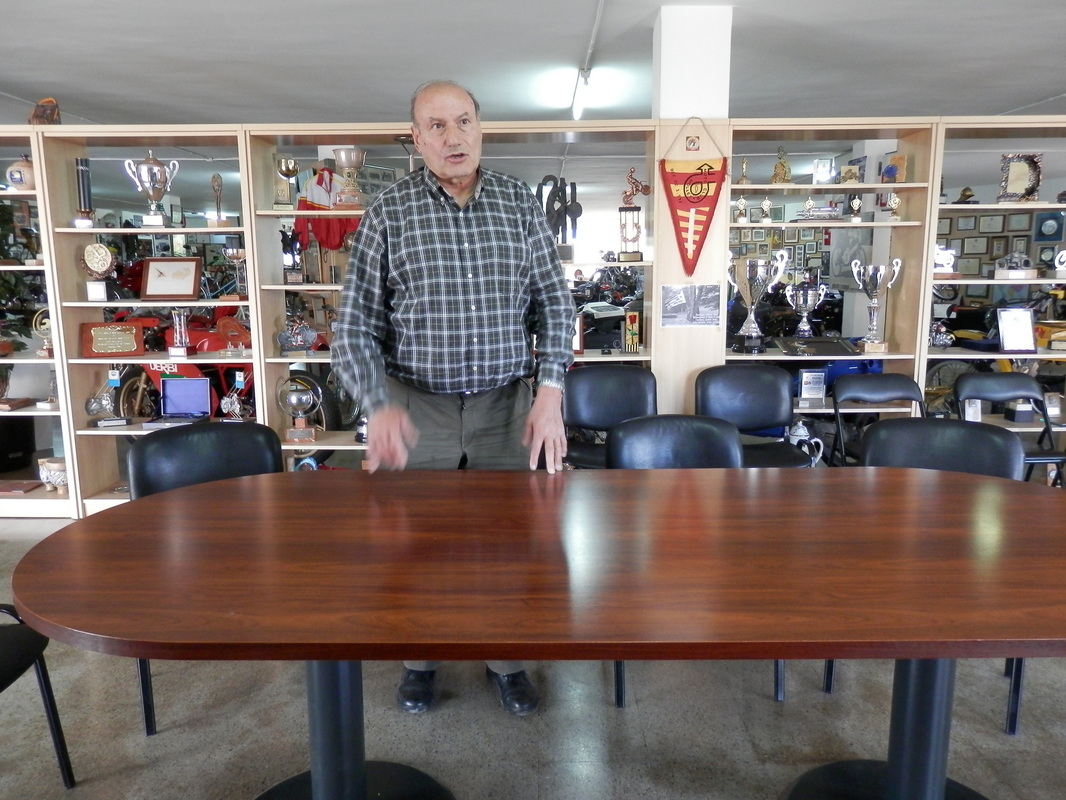 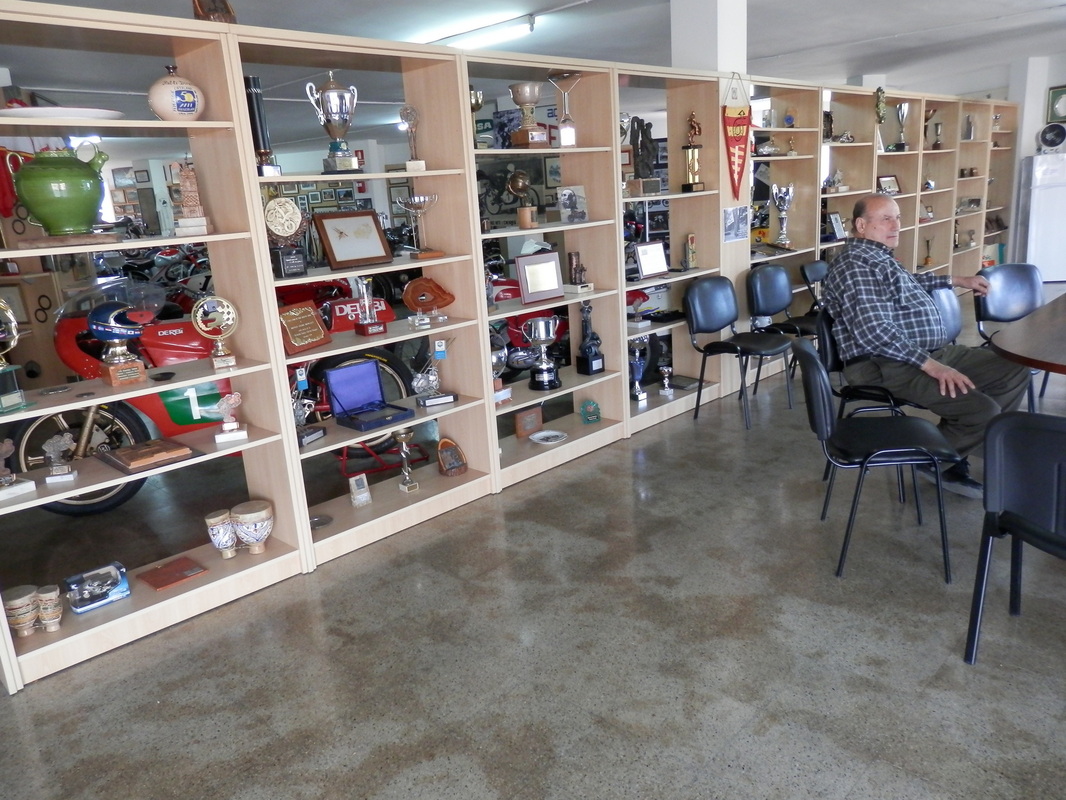 2014 The Pere Pi Museum - retrotrials.com
I hope by now you are starting to realise Pere's enormous contribution.

When you drop your bike on it's side and the petrol stays in the tank, remember Pere. When you catch your foot rest on a rock and it folds up instead of stopping you dead, remember Pere.
Today Pere's work lives on and continues in Montesa and in every current and rising star who starts cycle trial.

Pere has been a very influential man and is today still very relevant.

He is so so so much more than the guy in the black and white photos :).
Thank you to Pere Pi, Maria and Ot for being so kind and making this an amazing afternoon.

Thank you also to Josep Isern for kindly opening up his private collection for us to see, even though my arm is still throbbing :). 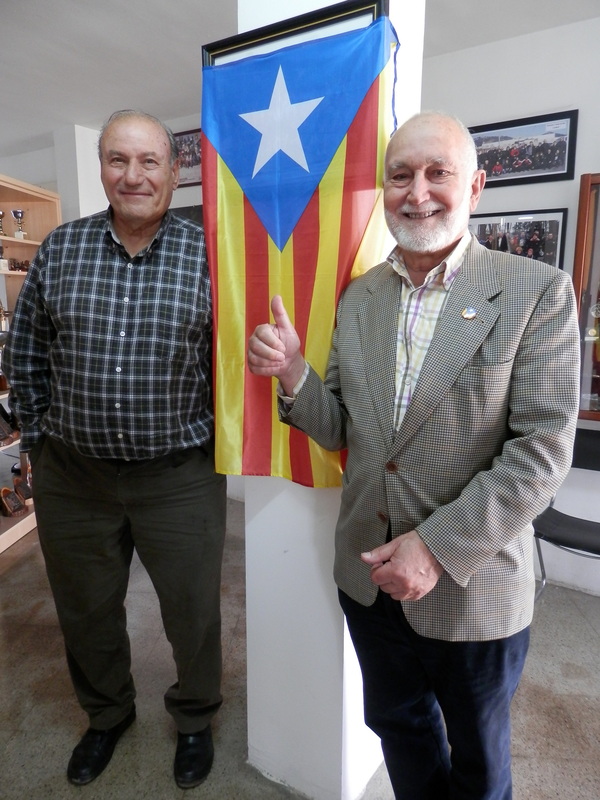