In all of my travels to Spain to meet the men of trials I have never met someone who gives off such strong vibes that he loves Great Britain, so much as Amos. Just to set the record straight, he didn't tell me this, but there is just something there that points in this direction. Amos loves the Scottish Six days Trial and has competed in it many times. He plans to return again as well. He has ridden the Scot Trial many times as well.
I really wonder why this affinity might exist  ....
I wonder if it's because of this 2002 Scottish Six days win, or whether it's because he would have been looked after so well by the Sandifords, who I know really love Amos. Perhaps he likes the open flowing sections that feature in so many of our Nationals.
I'm also left wondering also .......is it perhaps Amos is just a really warm, open, friendly guy that makes everyone and every country feel special. Maybe that's it ?. I don't really know the answer. Perhaps I'm wrong. Perhaps it's because his house is situated in rolling green hills that really did remind me of being home. You just get that feeling when you meet Amos.

This very special and customised mountain bike was given to Amos by Dougie Lampkin after Dougie won his last World Championship. That's one special present. You'll learn more about their relationship in the interview which starts on the next page. 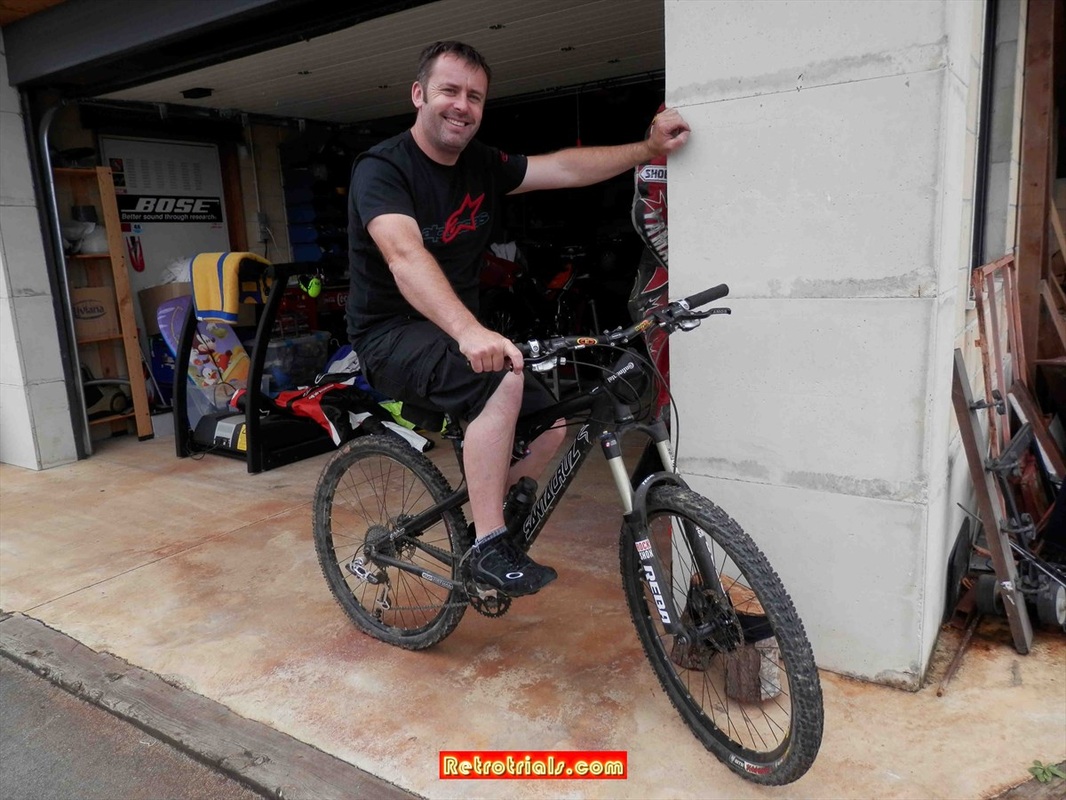 Amos Bilbao Interview WWW.RETROTRIALS.COM
After we have had a great time looking around Amos's garage and some of his bikes we then head back to the dinner table to carry out the interview. Amos was such a friendly and open guy. Nothing was any trouble for him at all and photographing and talking about everything was just brilliant. I was conscious that we still had lots to talk about so, that's enough of looking around the house for now, lets have a look around Amos' head instead :) .
Time for the interview............