Out of the swinging arm came the worn needle bearings. They were almost dust
No to give the Carburetors some attention This gave me a nasty surprise.
It was like operating on someone with a big boil inside them. Yuck


The choke lever it home made. ill have to change that and fit a long reach lever to the opposite side of the carb, as there is very little access to the carb when it is fitted.
Everything was totally clogged with old dried petrol sludge.
The mains seized bearings. Luckily that was all that was seized.
The new bearings and seals have arrived and its time for it to go back together. Youll notice a hammer is always in the photo :) 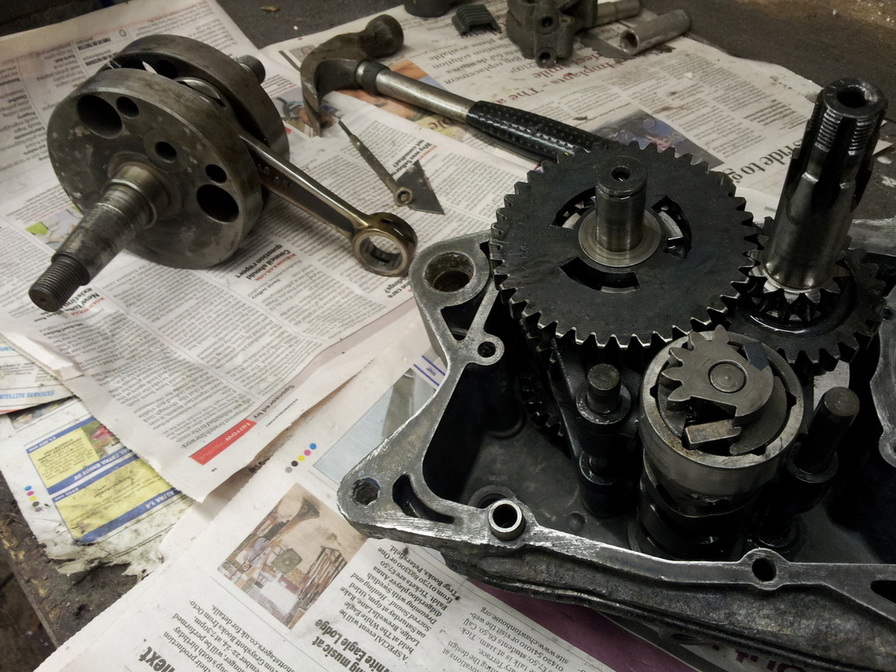 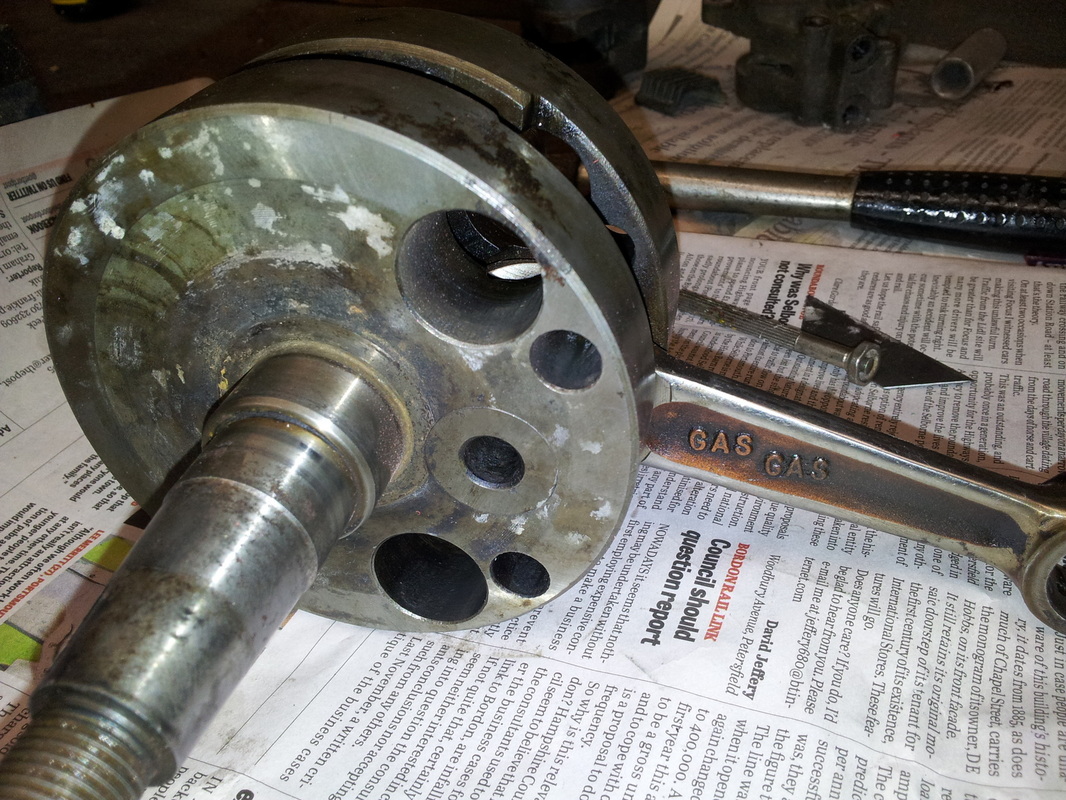 1986 GasGas Halley restoration www.retrotrials.com
After a great deal of scraping the casings are looking good and the new bearings and seals are going back into place.
Its starting to look quite nice :) 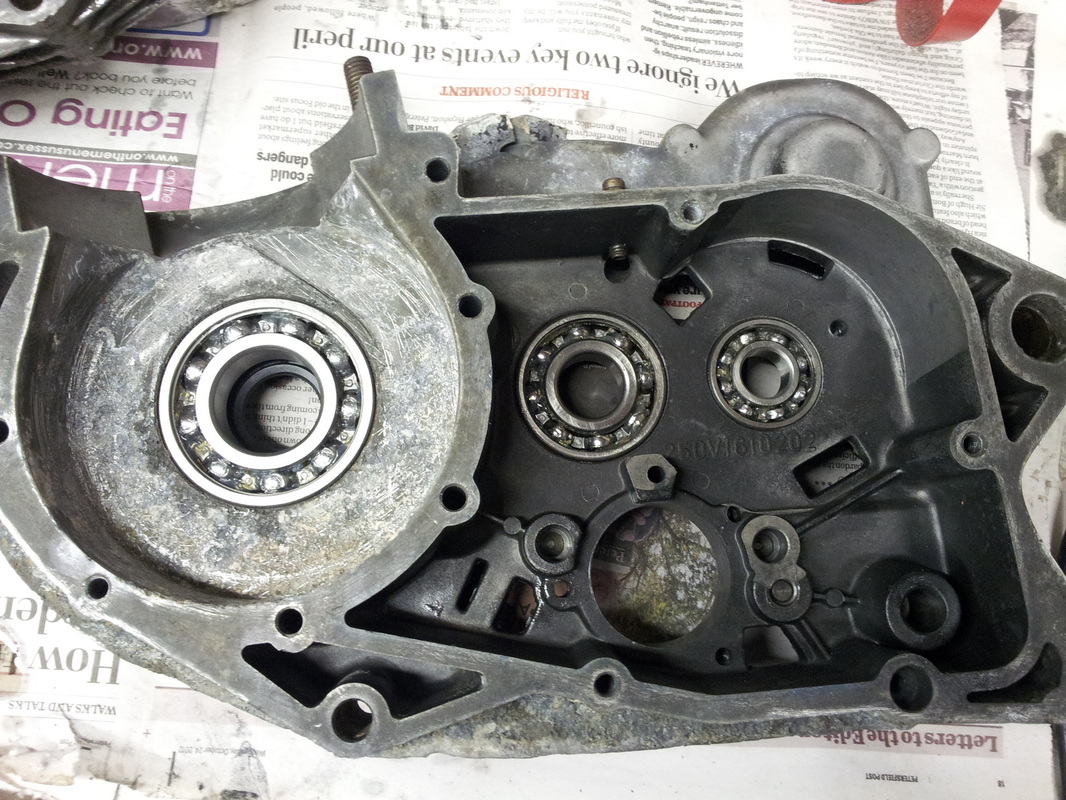 1986 GasGas Halley restoration www.retrotrials.com
A the surfaces are clean and ready for a Kawasaki type gasket sealer to be applied, negating the need for unobtainable paper gaskets. It also means i dont have to cut them out for an hour.


This is the first time i have taken a GasGas engine apart . I immediately noticed the gear changing mechanism and recognised it to be the same design (although significantly larger), that the Jotagas. To give you an example of how much the modern way and "progress" has shrunk engine components -  the rectangular steel selectors in the drum at the bottom of the engine are about 1.5mm by 3mm on a Jotagas !!. They are so so tiny. 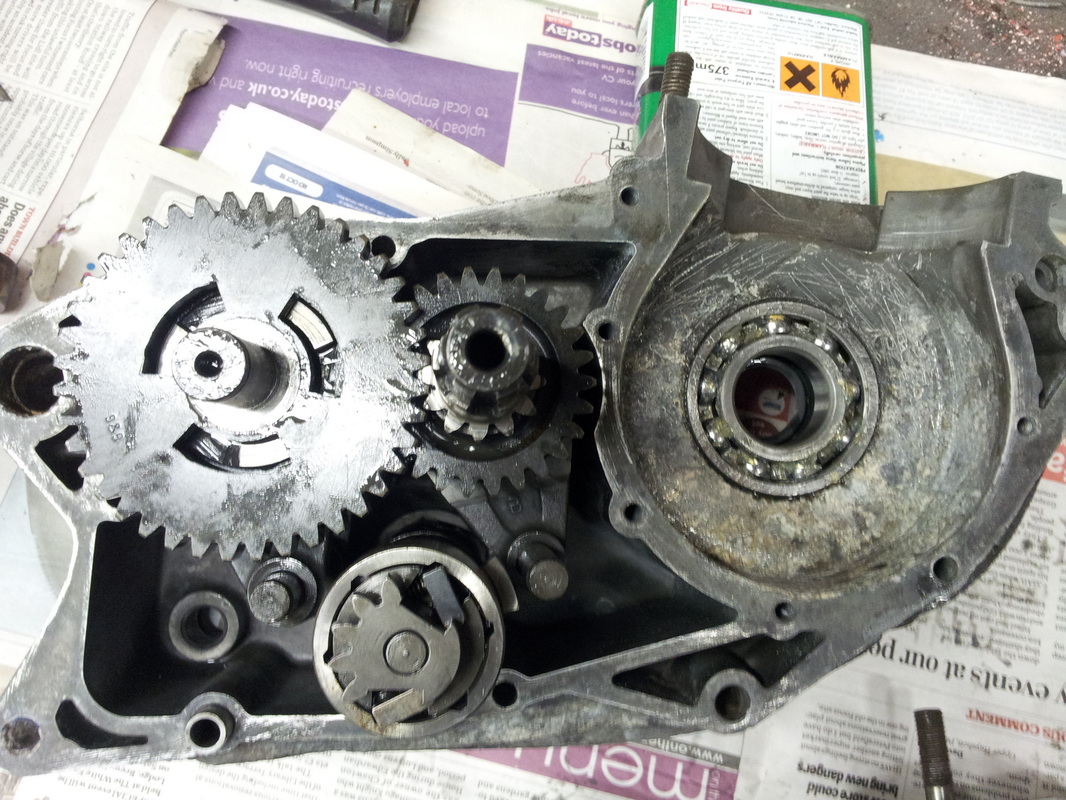