Later on you'd go on to work with one of the stars of the first “On any Sunday” Malcolm Smith?

Yes much later on.

Did you ever go riding with him.

No I never went riding with Malcolm. His company had a riverside location and I was able to go riding there. There were some rocks and I did a company exhibition there. I remember Malcolm was watching.
At that time in the 1970's and 1980's Malcolm was the biggest American off road rider. Around this time we started to have a number of World Champions in motorcycling like Kenny Roberts and Brad Lackey , as well as Jim Pomeroy in motocross. There were quite a few riders doing real well . That’s why they created that second movie of “On Any Sunday” . It was a film with all of the World Champions. At this time, United States was doing well in the motorcycle sport. This was the first and only time when all these motorcyclist  were doing so well together.

Again at the start of the season Bernie was a little worried about his return to Europe and how much support he would get from Bultaco. Bultaco of course already sponsored the 1978 World Champion Vesterninen and the 1975 World Champion who was the 1978 2nd place Martin Lampkin.
Bernie neednt have worried. He was looked after and he stayed with Comerfords employee Pete Hudson at his home is Surrey.


The first 3 rounds of 1979 at Great Britain and Belgium produced better results than 1977 but they were not of championship winning status. Then Bernie's season turned for the better and he dug in deep. The bike , his riding and his support all came good and he was on the podium 7 times , with 4 wins. The consistency had paid dividends and it all came down to the last round in the Czech republic.
The all important FIM certificate 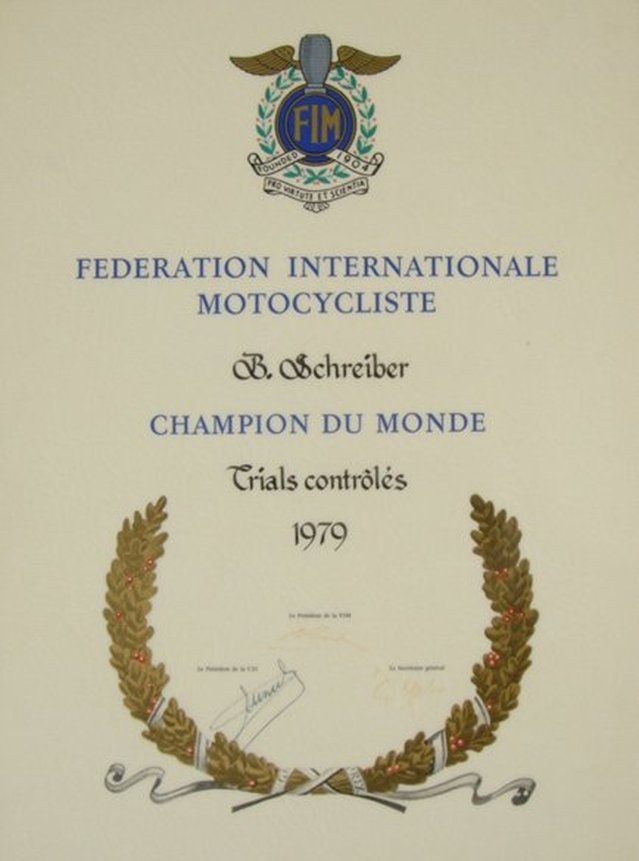 2014 Bernie Schreiber Interview photo bernie schreiber
Do you feel that your World Championship in 1979 came easily for you?

I think it came down to the last round and you win it pretty easy?.


Bernie had always said to himself that if he hadn't won the Championship by the time he was 22 he never would. He had beaten his own prophecy and won aged just 20 years of age.
Yes pretty easy  , but only the last round . I drove out there to the Czech republic with Pete Hudson. We went out to Prague. After I’d won I think I slept out back in the truck most of the way because we had such a big party afterwards.

So you just went out with Pete, that was it?

That was it. We went out and then came back with Pete.

Did you celebrate with Pete?

Yes with Pete and some other people. The Czech Republic at this time was still under the iron curtain .I remember I exchanged lots of spare parts with the people there and everything I had for drink. As long as the champagne flowed ha ha.
Some excellent Bernie photos taken by Len Weed. The first two were taken in the Sun burnt hills above Bernie's home in LA, in the filming locations on the previous page.
Do you remember the influence of the Franco days in Spain?

I think I did but I didn't realise it. I wasn't aware of politics and whatever.

Did you fully realise your win and really appreciate it?

Yes, for me it was really the end of a long battle. My father was tough. He was never really showing his celebration if I won events. He was seldom saying well done. I was never good enough. I was never good enough. That was his style of motivation…and it worked. I think winning the Championship opened that door for me in our relationship. He was always hard working and I think that was his way. There was always some competition between him and me. You can always improve, get better at what you do, but when you get to the top it was end of that physiological hold for me. Also there was then a great deal of relief in the communication with everyone. 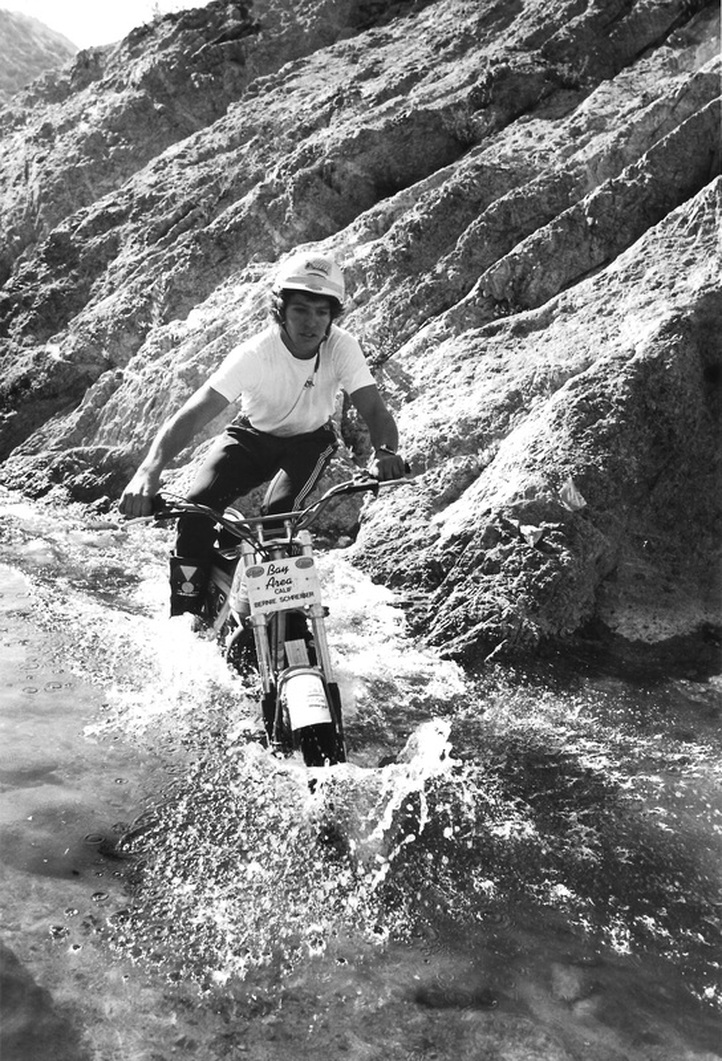