Who was your minder when you ride for Mecatecno?

Do you remember riding in 1988 at the British World Trials round. The trial was held in a large chalk quarry?

Yes, I remember, I have seen some video of this

How did you feel about winning the Spanish World Championship round in 1987?

Buenno. This is not possible. I was lucky because 2 riders, Tarres and Bosis were out of time. I am very happy because I ride very good that day. I have many celebrations after you win. Straight after no, but in the week after I make a dinner together and drink

Yes, I stay with Mecatecno and make only small changes to the bike

Where are your Dragonfly and Skywalker bikes now?

I don’t know, do not have any bikes. I just have pictures

Did you ever ride on the road or have you a road licence?

Did you ever ride motocross or enduro?

In 1989 you get 18th in the World. What were your thoughts at this time as you were about to leave Mecatecno?

At this time I have problems with my foot and it gives me problems in the trials. I did not ride every World Trial because of this

Did you ever work at the Els Xops factory?

Why did you leave and join GasGas?

The project for GasGas was watercooling and it was a new bike and I like it. It is Paxau who make this bike and he is a friend with me and he speak with me and asked for me to go to GasGas. I was sad to leave Mecatecno. When I go from one company to another I think about making the people that I leave sad, but I am a profefssional and I have to remember this. They understand this when I leave

How was your time with GasGas?

Alfer, why you leave?

Because Amos Bilboa arrive in GasGas. He is very good and upcoming and it is not possible for Gasgas to have 2 riders and GasGas tell me it is not possible to continue contract the next year, so I go to Alfer. Alfer approached me and I remember coming to an agreement with Francisco Almirall and with Motos Phillipe. Near my home there is a shop. They prepared the bike for Alfer. This place is near Vic. Albert Juvcanty work in this bike shop on my Alfer. I ride for the factory but the factory make the new bikes only. I ride with the factory for 2 years

What was good and bad about the Alfer?

The bike was ok but the engine was air cooled not watercooled. There was no evolution in the bike. This bike was always the same, no special parts. The bike was good, but no evolution. For the first year in 1990 I ride all of the World competitions but the next year I ride not all of them. It was too expensive for the factory and I was getting older so this affected my results. I was 29 or 30 years old. I was paid for results at Alfer and I also get a wage each month. It was always the same. Alfer have hope to make the production of the trial machine big. Alfer are a small company who make the enduro bikes. They hope it is possible to sell more trial bikes than enduro. This did not happen because of the evolution. Both the 1990 and the 1991 Alfer bike were the same, there was no evolution. After I leave Alfer I do not know what happened to my 2 bikes

Have you had any bad injuries?

When I see photos and videos of you riding the trial you always have a very determined look on your face. Ha ha

What do you do now?

When you are not at work what do you do?

With the child. This takes a lot 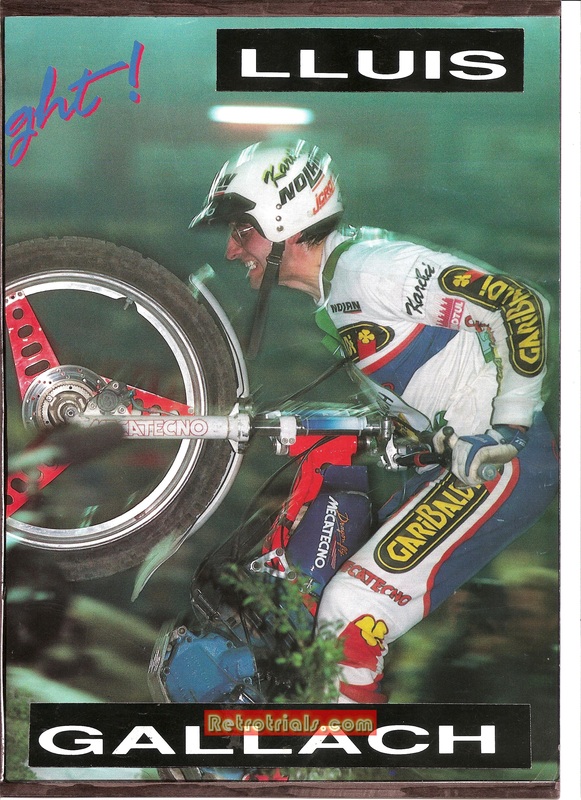 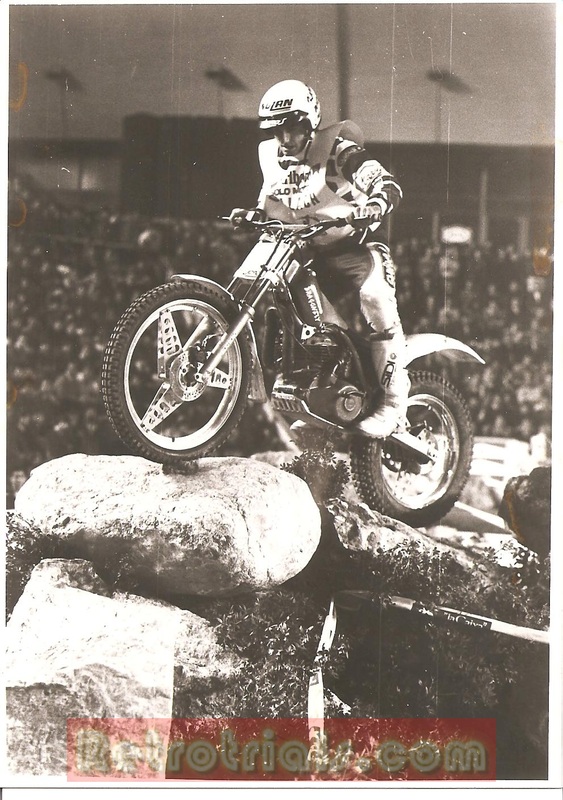 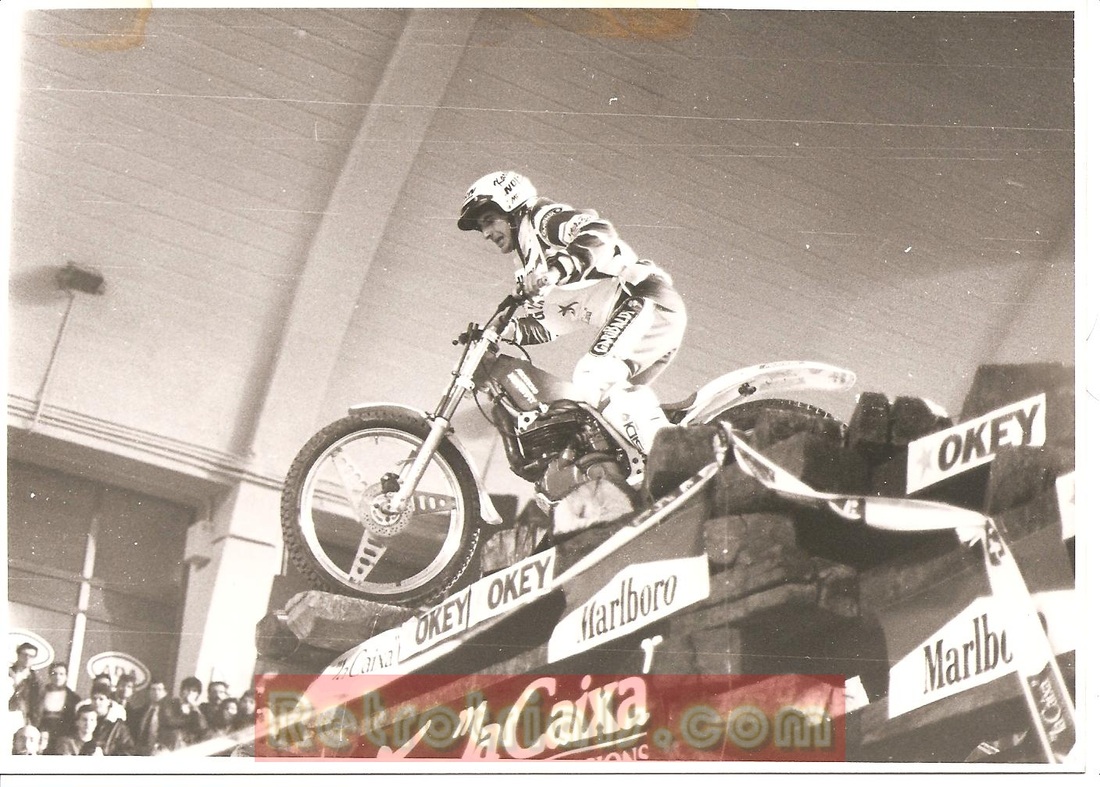