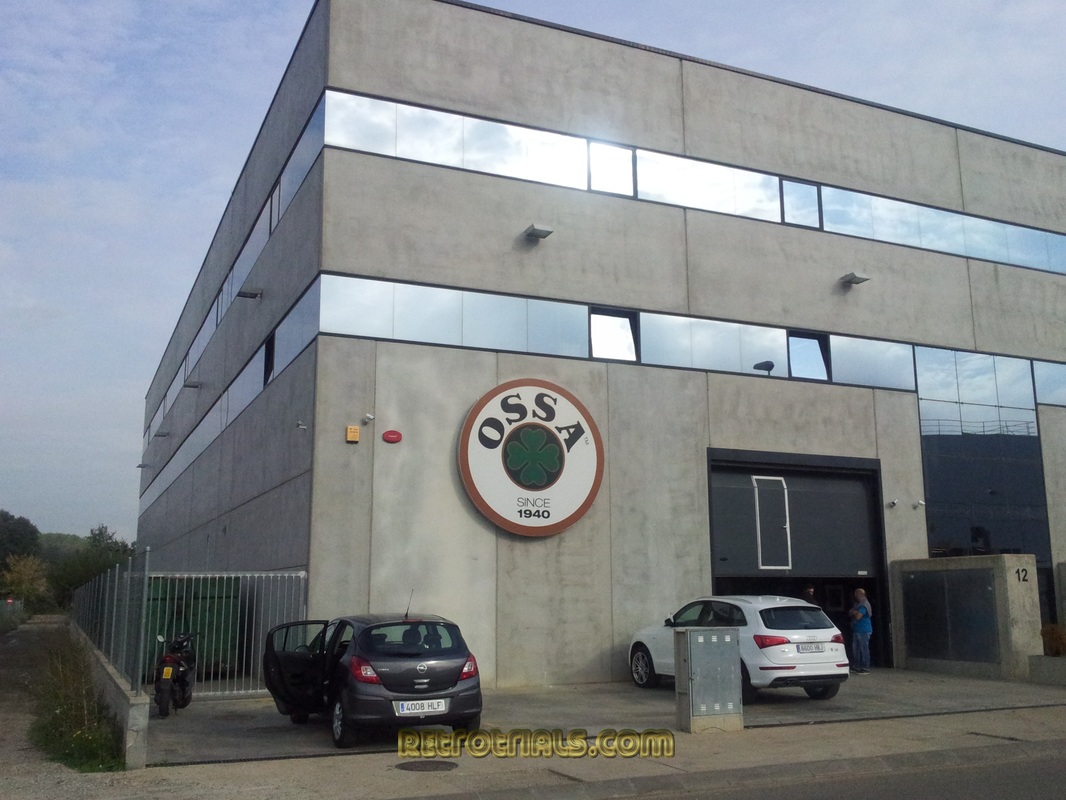 The Ossa factory is located on a large sprawling modern industrial estate on the western fringe of the city of Girona in northern Spain , which is of course the heart of the Catalan trials world.

I had arranged this visit previously and arrived there on this bright sunny morning. On arrival the clover leaf branded Mercedes sprinter van parked outside got my pulse racing. I quickly parked up outside of this new, narrow yet deep and tall building. The Ossa name was emblazoned above the large roller door to the front which was up. I looked inside and saw rows of new TR280's lined up. I walked in through the open shutter door and couldn’t see a reception there so took the door to the right which I hoped would take me there. It was here that I got my first flavour of the Ossa factory which remained with me for the visit. The stairs were very well lit, the walls were black displaying the OSSA logo proudly. The steps were stainless steel. At the top of the steps I turned right into the reception. It was almost James Bond in its wow factor. The stainless steel panelled floor was gorgeous and the sort of thing you might expect in some laboratory. Large Ossa logos reminded me of where I was. The wide modern reception was habited by an attractive lady who immediately approached my and one other guy from France who was also visiting. Designer cob angular web style seats compliment the whole very modern feel.  The receptionist bore fruits and handed us both folders containing a colour pamphlet containing the full history of Ossa to date. We were also given huge van stickers, ossa thick vinyl stickers ,a memory stick containing photos and information. Last but not least we were given a colourful and highly prized factory Ossa cap.

The receptionist was very friendly and spoke good English. She showed us over to two motorcycles in the corner sitting on beautiful Ossa flow jet cut stands.  Standing there was the first Ossa 280 prototype. Next to this was the new and absolutely gorgeous Ossa full blown Enduro bike that was unveiled in Milan earlier in the year. This was the only bike of this type in existence but the receptionist stated that they were hoping to start this shortly. The prototype trials bike was quite plain as of course it was missing many of the finishing touched as prototypes do. The enduro bike however was entirely different. It was stunning.
The first of the first of the first new Ossa 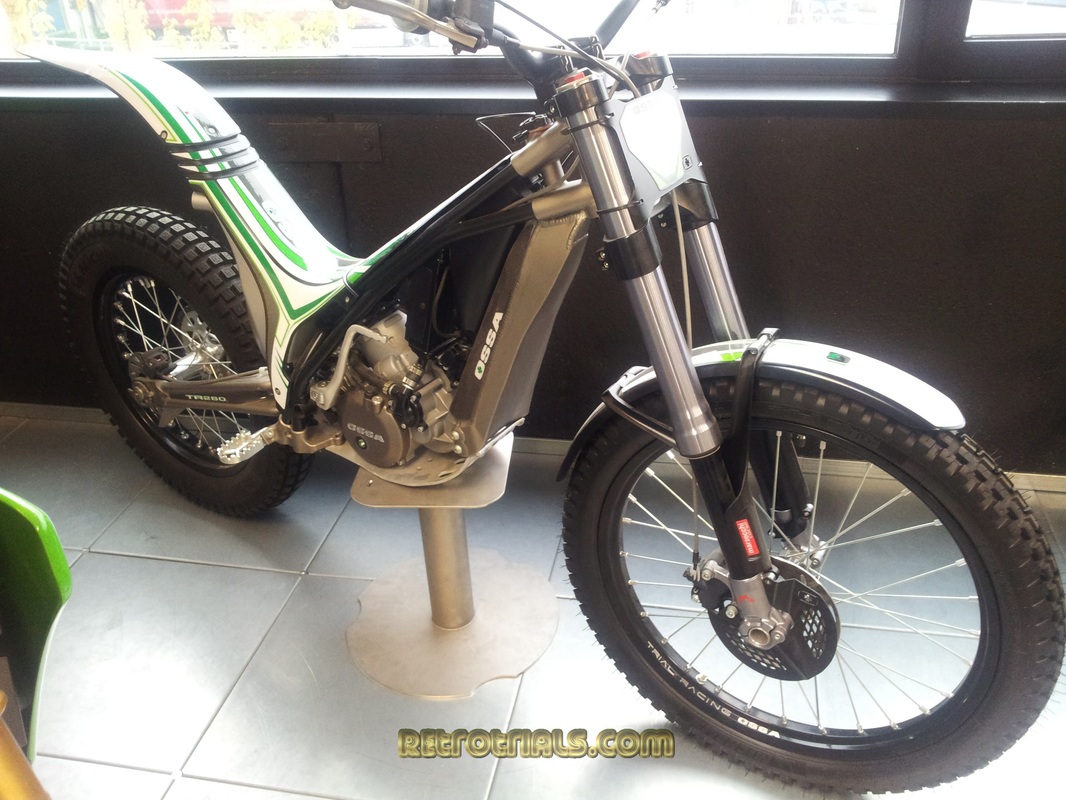 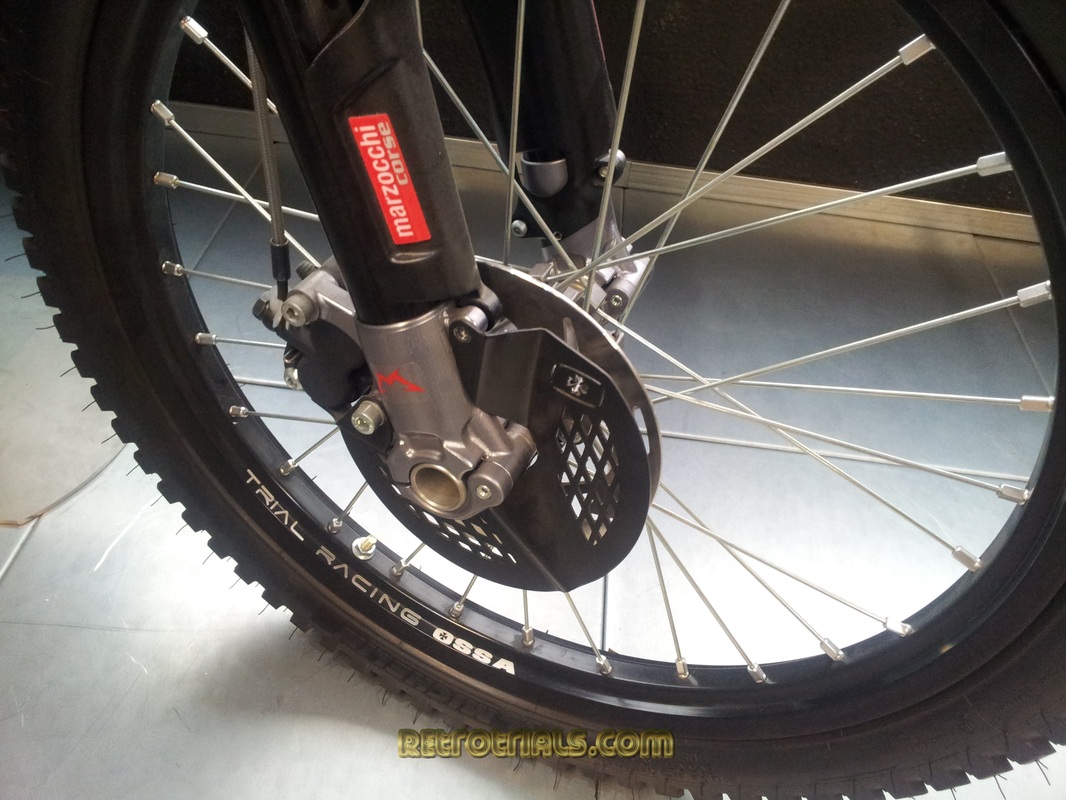 I couldn't resist a few pics of this stunning enduro bike. 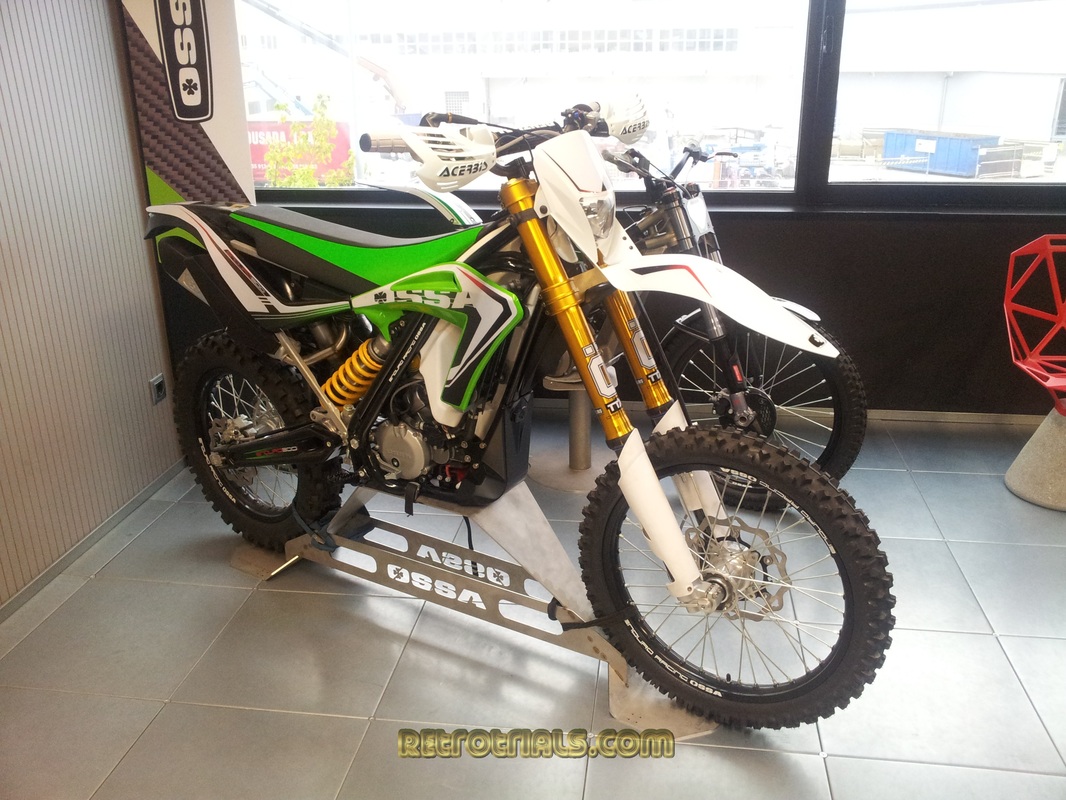 Knowing my Enduro bikes fairly well as I do I am fairly well equipped to say that this bike looks stunning and stop class. I , of course have ridden the bike but ….Japan and KTM  move aside your bikes look nothing in comparison with this. 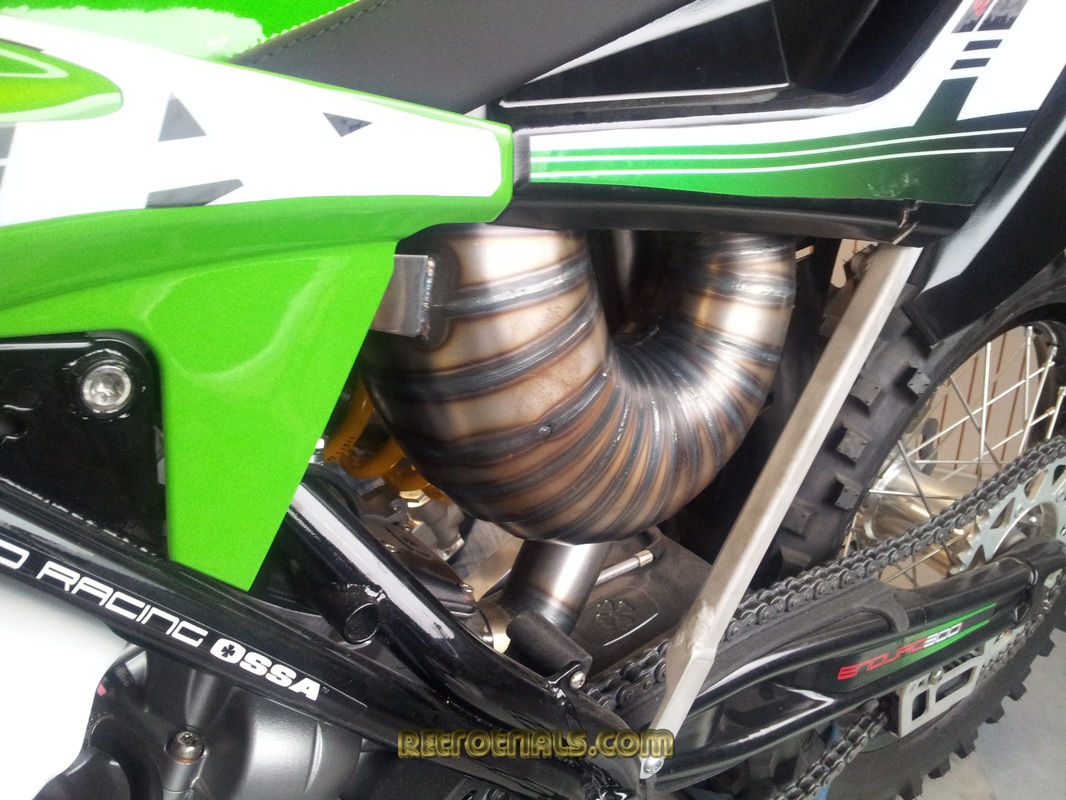 This is what its all about. If you don't want to own one of these , you should check your pulse. 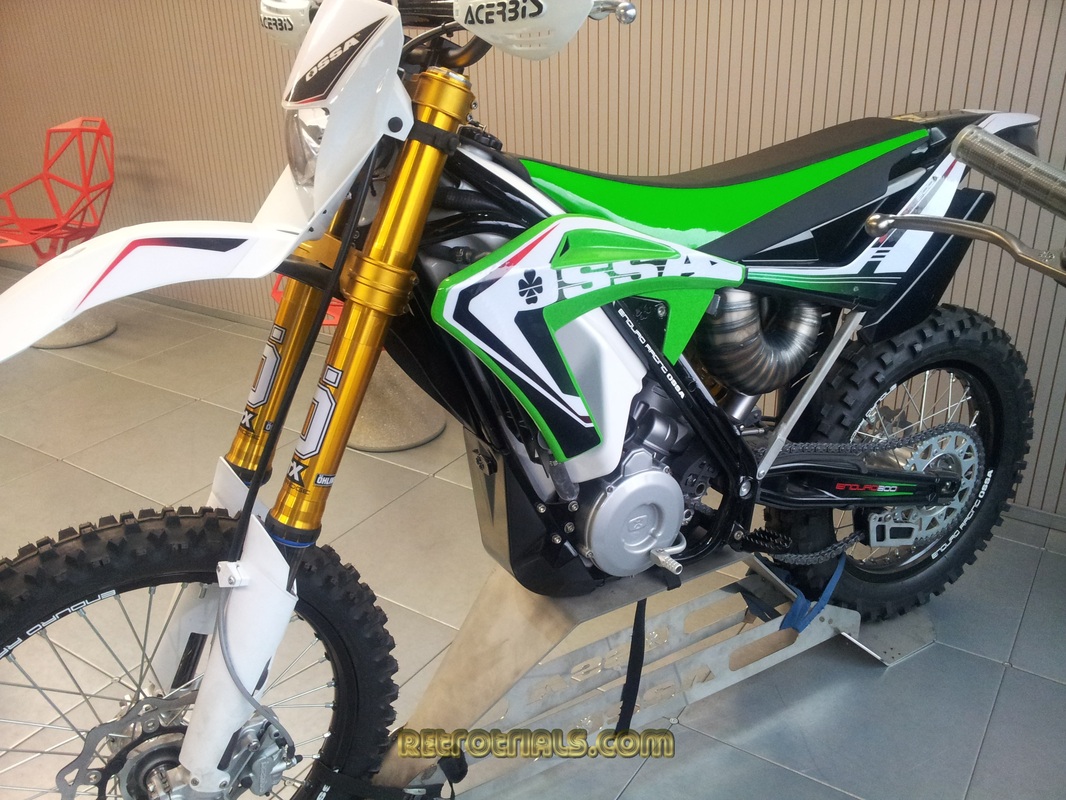 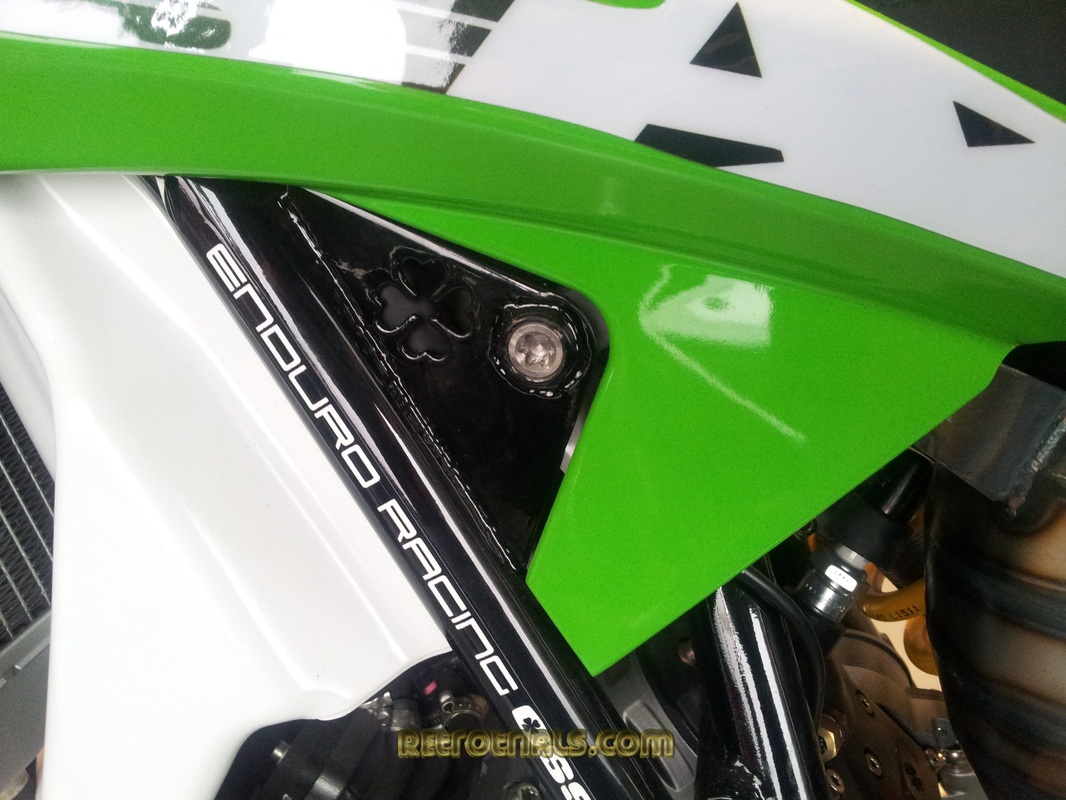 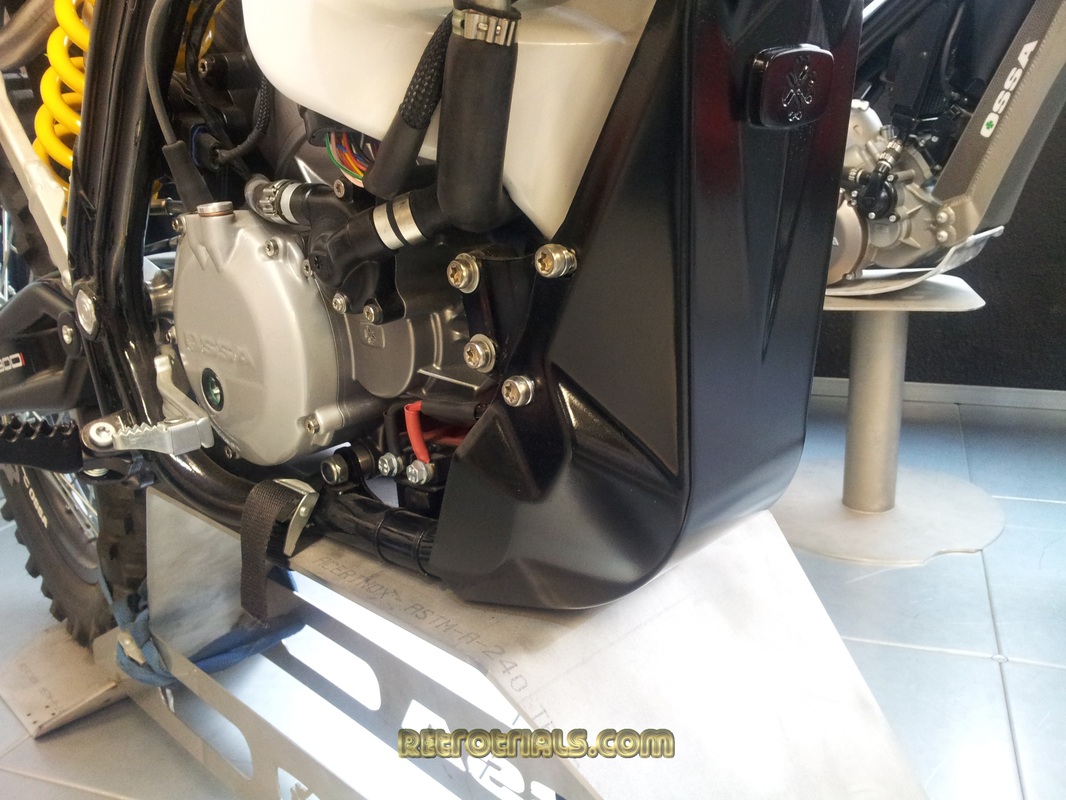 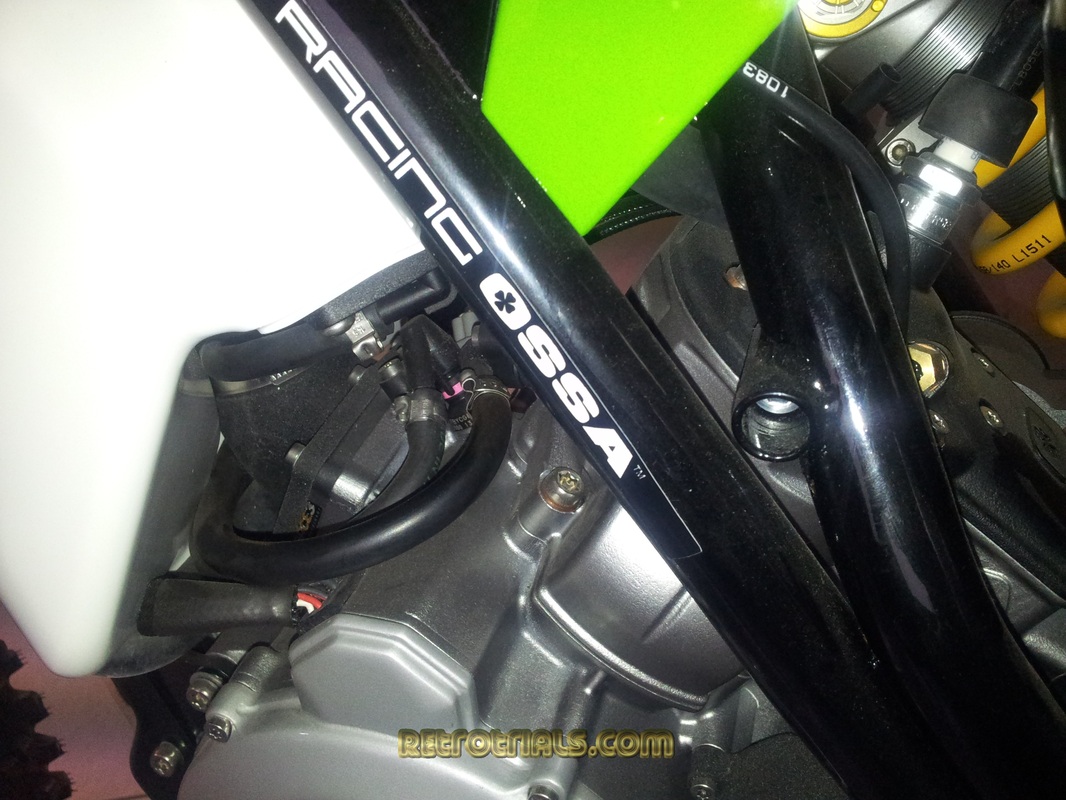 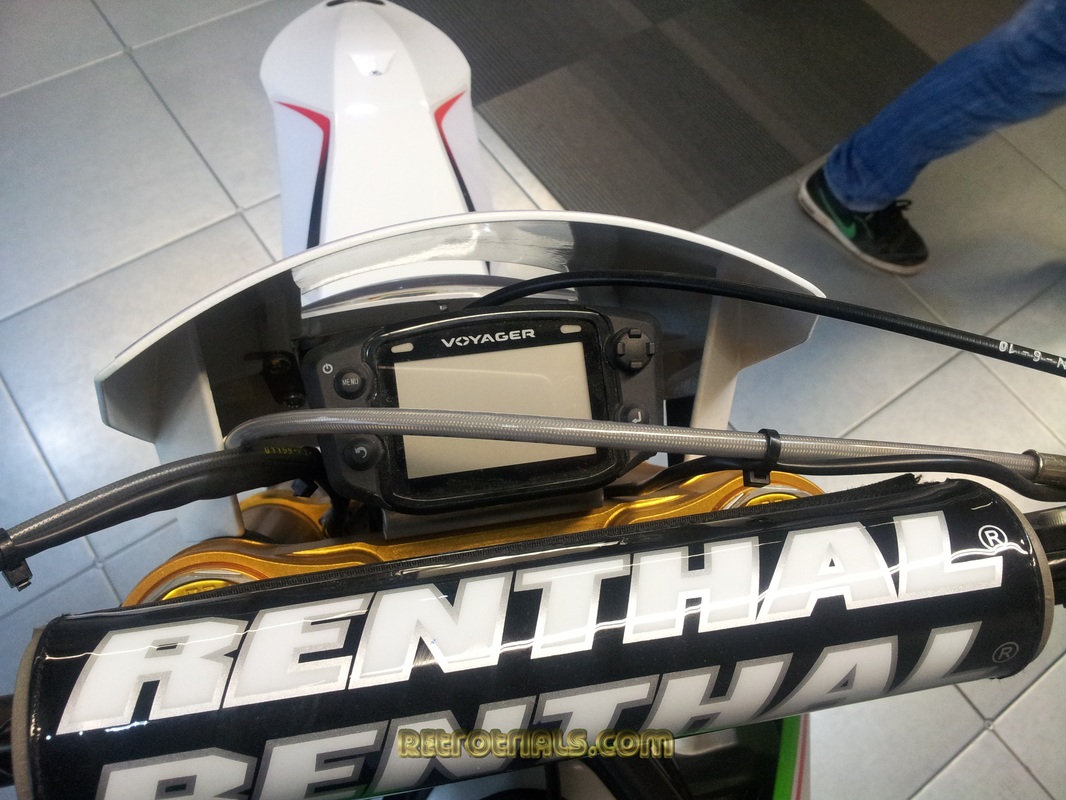 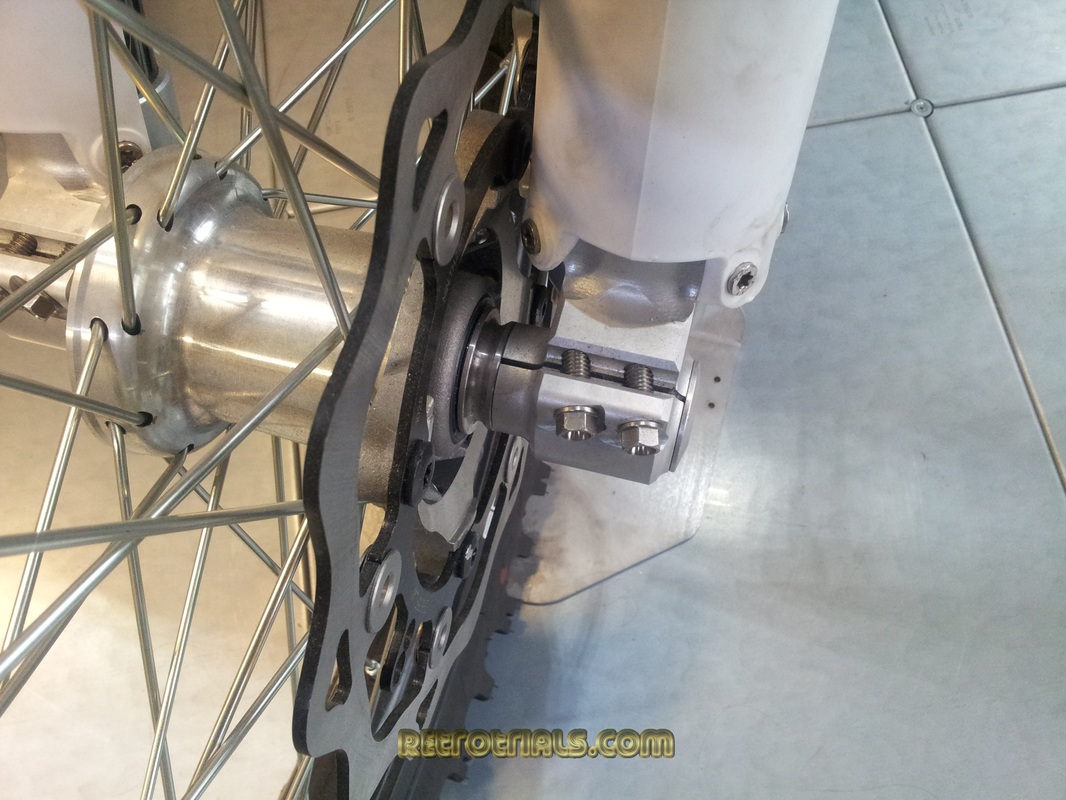