Lluis Gallach - iN a life in trial

Including and in this order
1-  2012 Gallach reunion with the men of Mecatecno
2 - 2012 Gallach reunited with the Mecatecno Dragonfly and Skywalker
3 - Exclusive test ride Video + huge photos
4 - Access to Lluis personal photo collection
5 - Full career interview with Gallach - From Boy to now.


Read on and enjoy 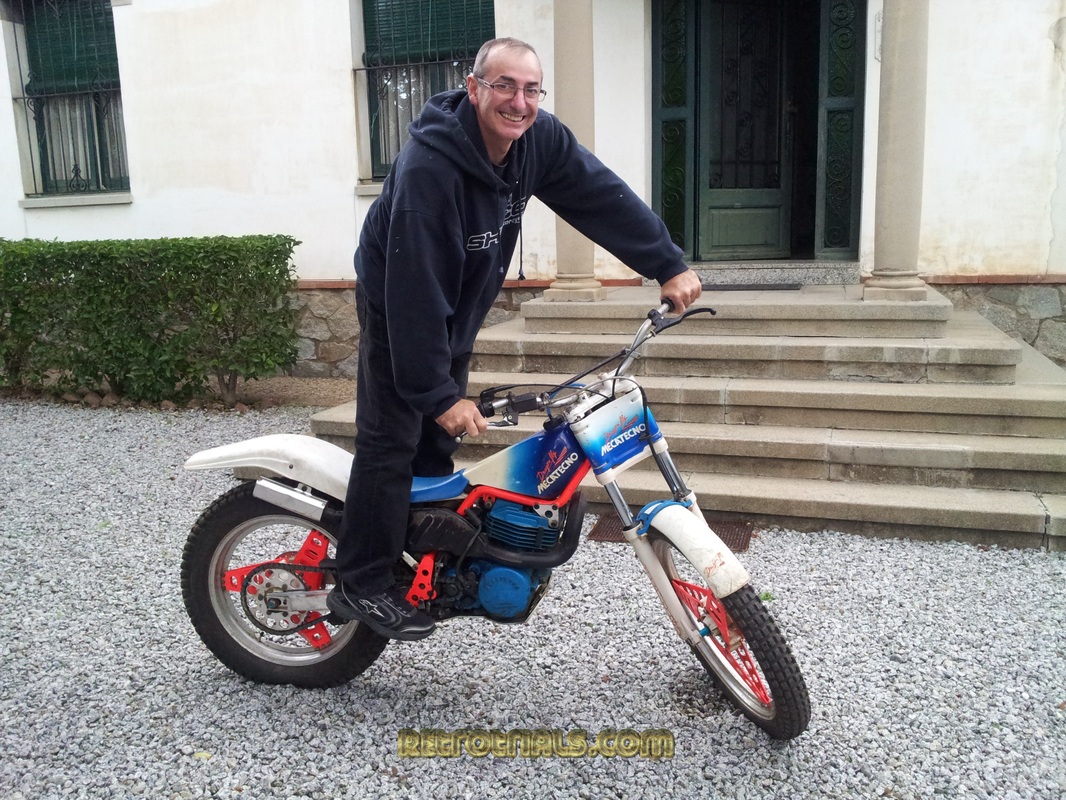 This interview was really important for WWW.RETROTRIALS.COM


Since the Catalan's first fell in love with trials, they have thrown themselves at the sport more so than any other province or even country across the World. This love of the sport sprouted small innovative, independent companies and produced some of the most radical and exciting trials bikes produced in this era.
There isn't any another rider who embodies the spirit of the Catalan modern Retro motorcycle industry more than Lluis Gallach. He has been the factory rider big companies as well as many of the smaller progressive companies , driving design forward.


After first getting involved with motorcycles at the comparatively lofty aged of 13, Lluis went on to have a very successful career in trials.

He was a factory rider for

Without this interview, this site would have been lacking representation from its main man, so to speak. Despite me knowing that Lluis had visited this web site before, my approaches to him hadn't got replies :(


I had sent Lluis messages through Facebook but I hadn’t heard anything back from him. After 5 years or so of trying I had really lost hope of ever getting any contact with him.

Then .....
In early 2012 I met Mecatecno's Jordi Rabasa, Joan Ruiz and Ramon Mira in Martorelles. I was there to speak with Ramon Mira for this website. We had a good interview, took some great photos and had an enjoyable meal that evening. I think it was round Jordi's dining table that he said to me.

"Is there anything that you would like for your web site James?"

I took this as being a question, not an offer. I explained to Jordi about my fruitless search for Gallach. It had been like the search for the Holy Grail (I joke).

I explained that I had even travelled to the Italian World round in 2010 and on this occasion I approached Lluis . Lluis was minding for Cabastany at the time and I should have realised that the last thing he would have wanted to do was have a chat about unrelated matters, so this didn't work. Race days are no go for these guys. They are very professional and take trials very seriously. As I said, messages had been sent with no replies. I really had put any hope of speaking to Lluis on the back burner.

I explained this to Jordi Rabasa and he replied that he would arrange a meeting for my next visit. It was as easy as that. Jordi sorted it - Thank you.

As the time grew nearer Jordi arranged an itinerary for the day.

1 - We would meet at his house where I would be introduced to Lluis and we could take photos.
2 - We would then go to Joan Ruiz's club trials ground nearby in Martorelles.
3 - Lluis would ride the Dragonfly and the Skywalker.
4 - Afterwards it was back to Jordi's comfortable home for a chance to interview Lluis 5 - Then a late evening meal(not late if your Spanish)
And....it really did follow through just like this.
So here it all is in chronological order
This was the first time in 20 years that these 4 Mecatecno men had all met.

Thank you to Jordi Rabasa for arranging this afternoon with Lluis Gallach. 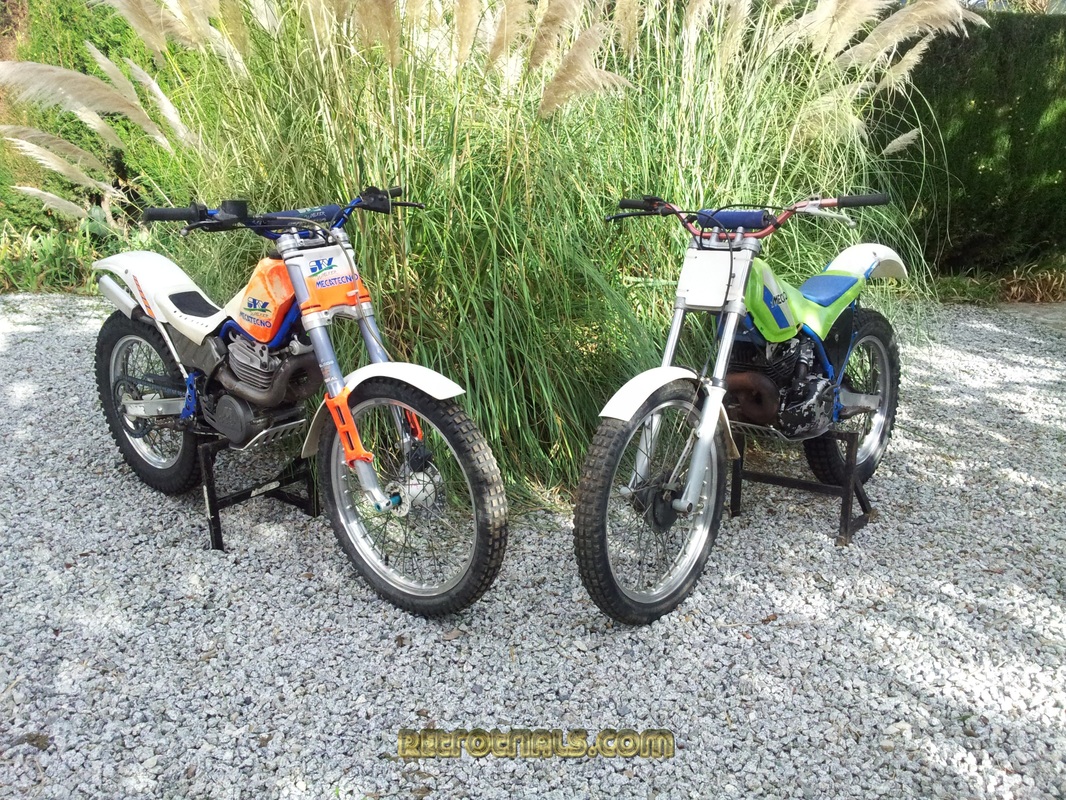 THE MECATECNO SKYWALKER AND RARE MR326 IN JORDI RABASA'S GARDEN 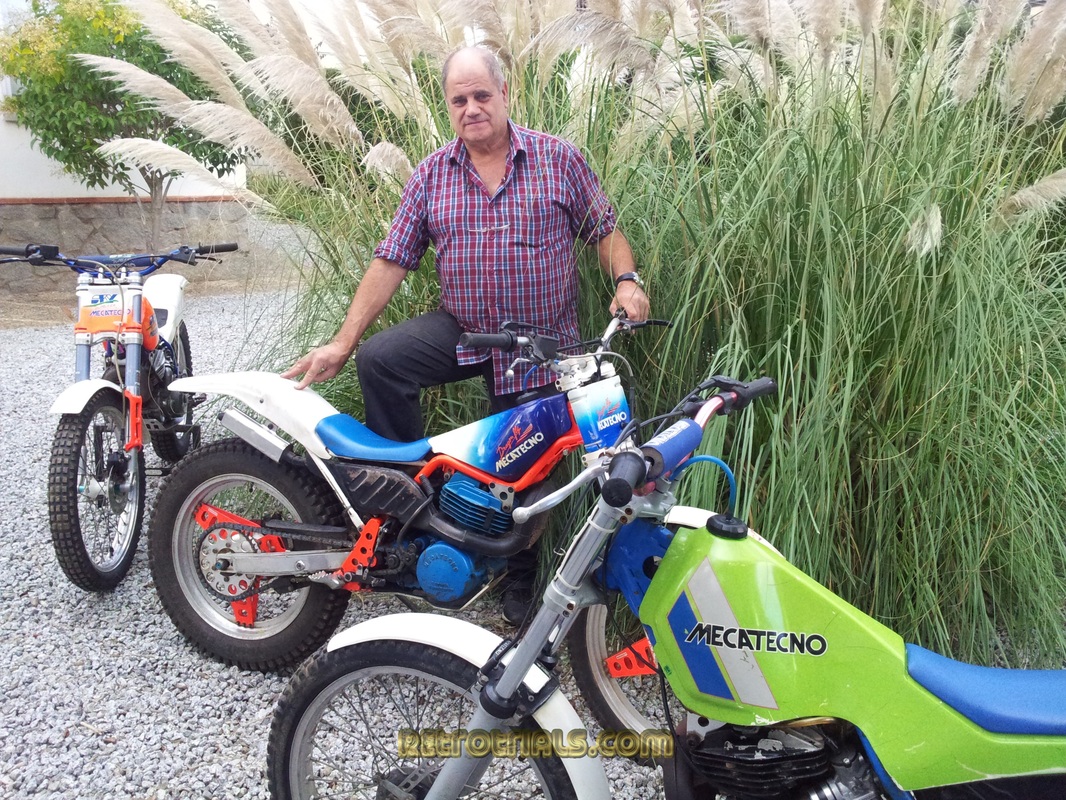 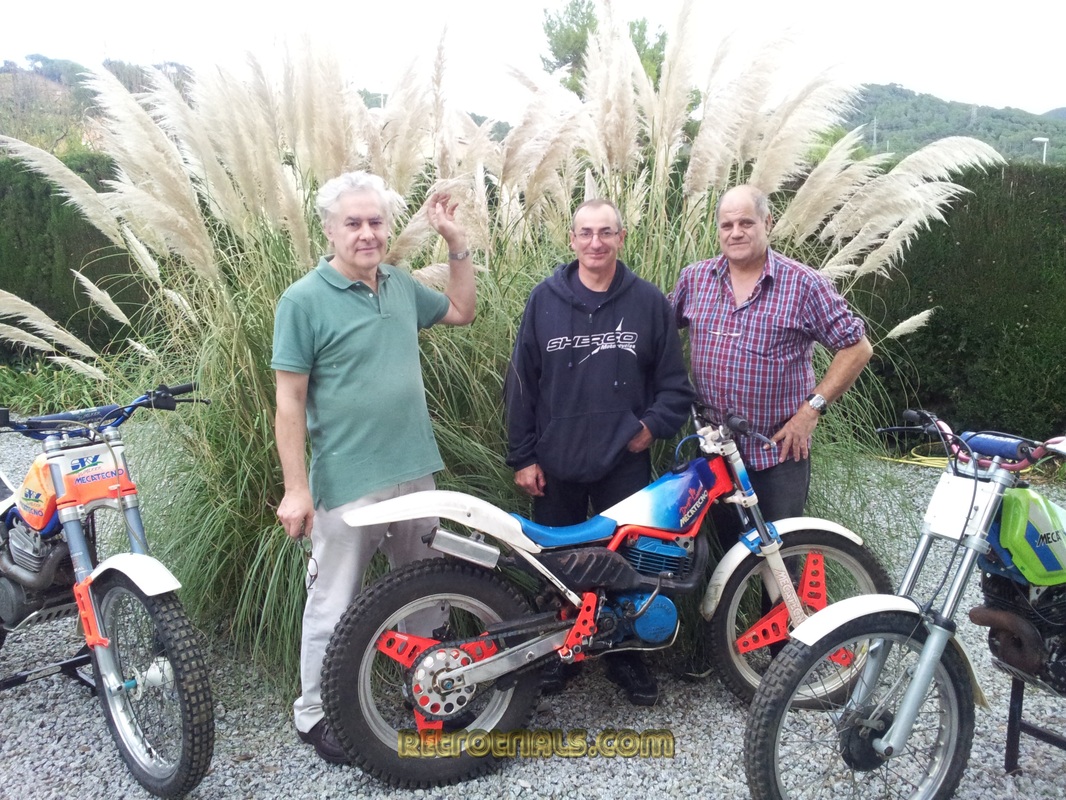 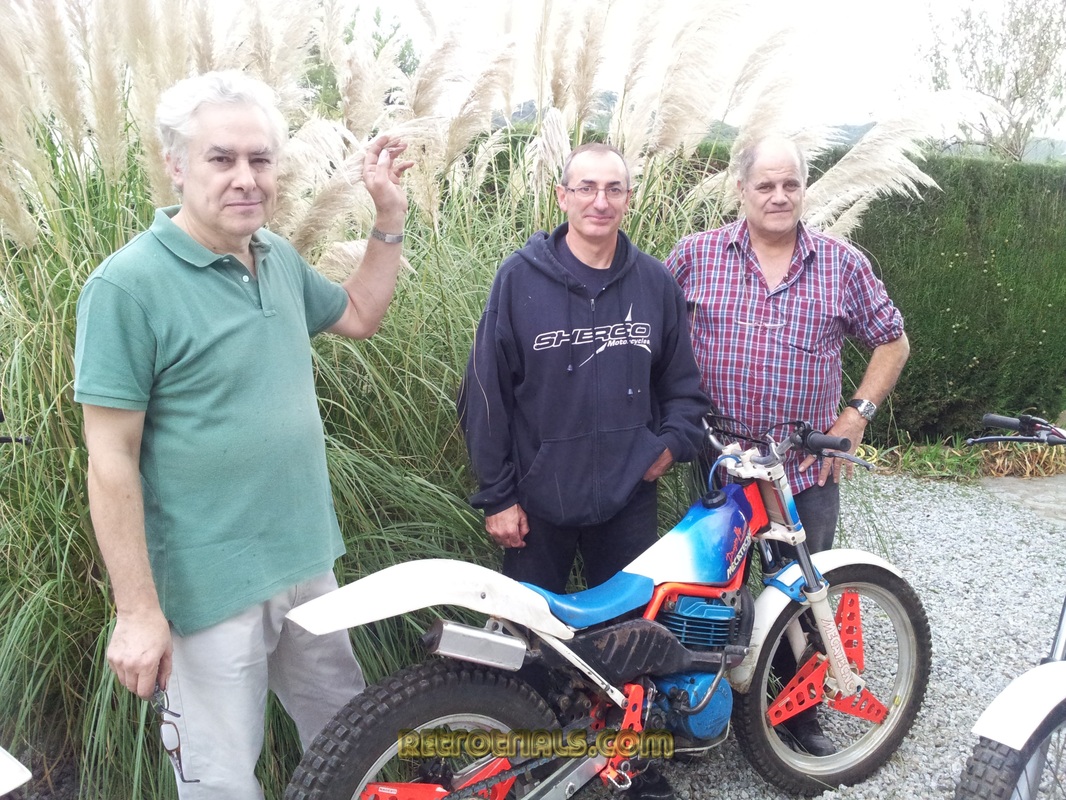 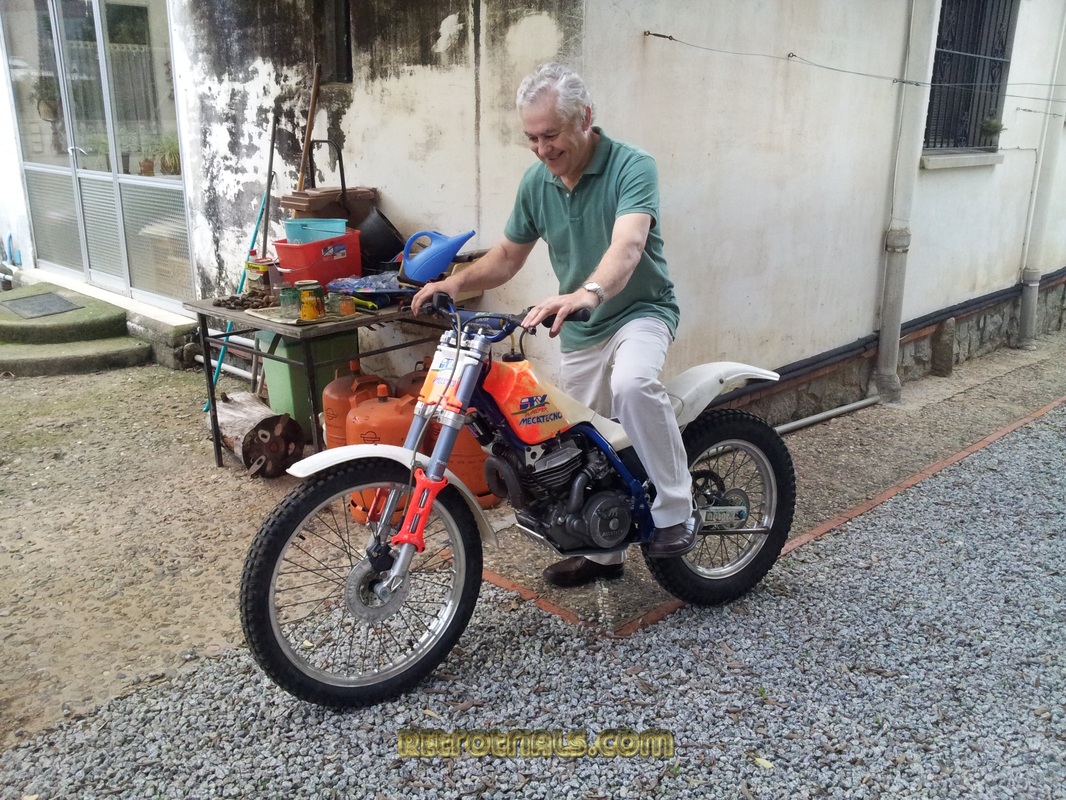 JORDI RABASA GRINS AS HE STARTS THE MECATECNO SKYWALKER