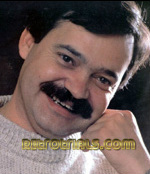 Antonio Cobos was an advanced motorcycle designer and engineer long before he decided to design his own trials bike. Antonio had previously designed and constructed the European Championship winning 250cc road race motorcycles of Carlos Cardus. In fact Carlos rode the JJ Cobos motorcycle both in 1984 and 1985.He left his career best results for 1990 when he was 2nd in the World riding the mighty Repsol Honda.
Antonio Cobos  is also responsible for creating the modern aluminium beam frame road bikes , that are common place today. One of the first modern beam frame motorcycles was the Yamaha YPVS EXUP. It is difficult to imagine motorcycles today without the influence of Cobos.


It is generally accepted that Yamaha used the 80's designed Kobas 250cc race bikes as a starting point when they first designed the Deltabox frame.  Look at the similarities
So , after appreciating Antonio's achievements and this influence to is hard to think of anyone within the world of trials who has had more of an influence on the World of motorcycle in general.


Cobos was born in Barcelona on April the 14th 1952. Cobos as a young man was passionate about motorcycle and also engineering. The 1980's brought massively refined ,developed and increased engine performance and improved tyre design. Handling was a "black art", something everyone wanted to improve but an area the bike-makers could never quite make good enough.
So, what happened? Progress in frames, suspension, and tires changed the landscape. After the early '70s, tire development meant that stickier tires with increasingly more grip came to racing. Long-travel rear suspension units replaced the awful short-stroke twin shocks from the era legendary mechanic Nobby Clarke described best when he said, "Suspension was just a word." Forks became more refined, precision instruments.


In the mid-to-late '70s, frames where still influenced from the earlier days when designers strived to put as much weight to the rear as possible in order to get traction for the rear wheel. McCandless' "Featherbed" frame had found a sweet spot with its 50/50 weight ratio, and proper rear suspensions and better tires solved much of the traction issue. Next the designers tried to move the weight forward -- where it is today -- in a bid to get the front end to handle better.

The conventional tube frame was now a weak point, as the frames on race bikes often began to crack under the stronger loads. The solution? Braces and extra welds became the marks of a "real" race bike.
In 1982, Cobas developed a stronger and lighter aluminum twin-beam chassis to replace the steel backbone frames.The technology was copied by major motorcycle manufacturers and by the 1990s, all the major racing teams in Grand Prix competition used the aluminum frame design pioneered by Cobas.


In 1978 Cobos began creating motorcycles with the model name of  Siroko's.These were successful in the Spanish road race national Championship. 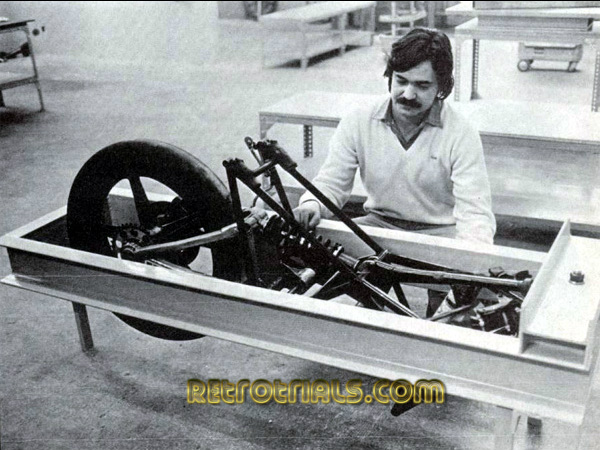 page 2 - the man behind the machine