Out came the questions.
Fransesc and Angel were kind enough to let me copy any of the photographs from their huge collection of hard copy photographs. As you read this interview you will see the many photos from that day. They are not in chronological order. 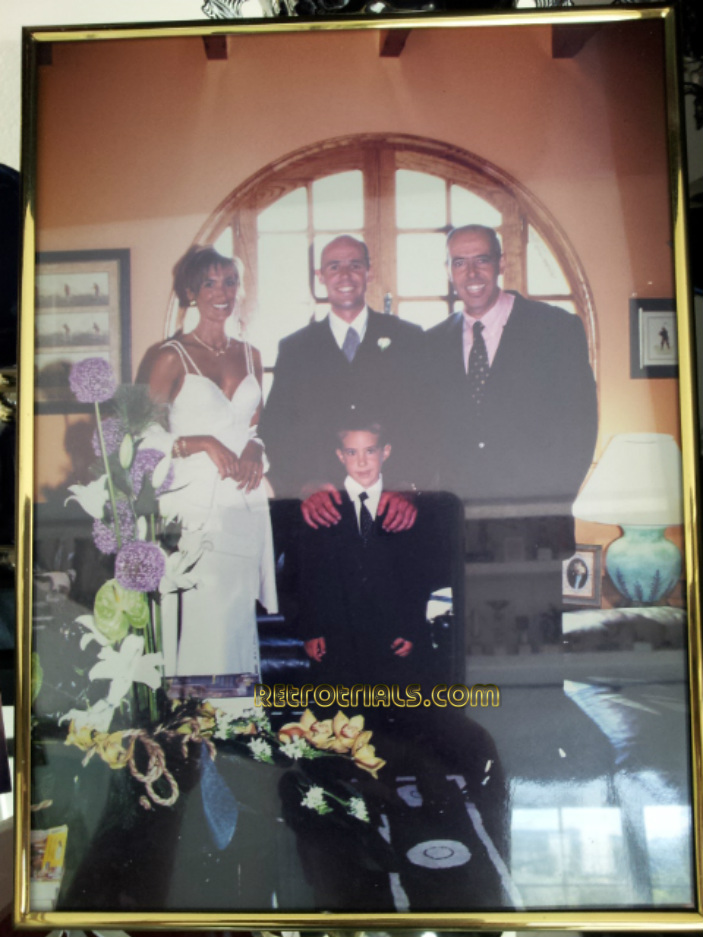 Manresa, a nearby town in hospital but we were living here in Rellinars

How many brothers and sisters do you have?

What did your mother and father do for a living?

My father was a truck driver and my mother she cared for the family. She also work at the Post office here.

Were you very close with Jordi as brothers? 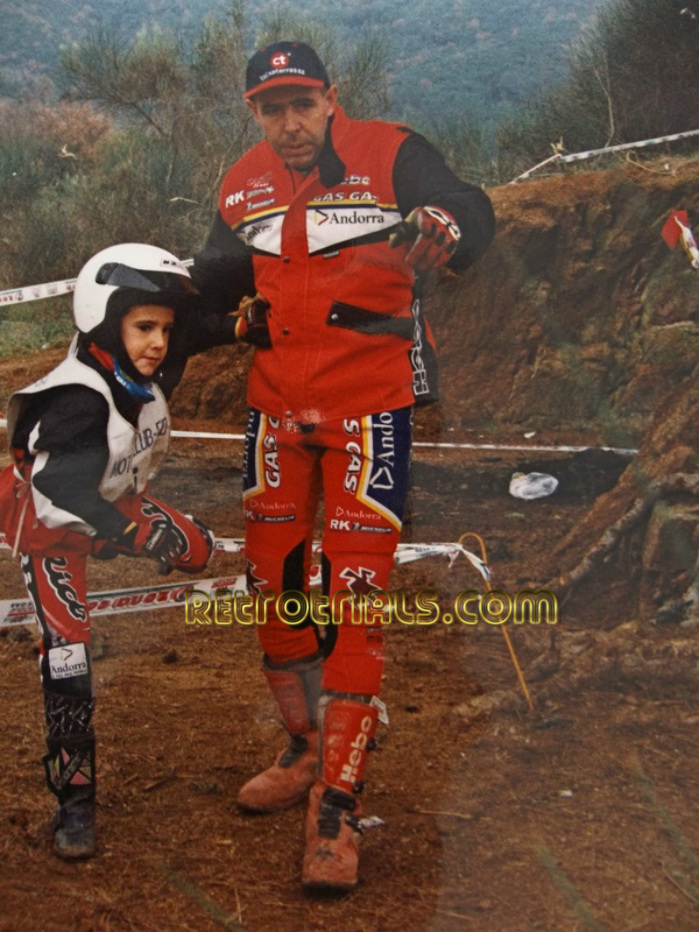 Which school was this?

The building just across here the road is where we went to school. The school has now had another level put on it. After this we went to another school together in Manresa. 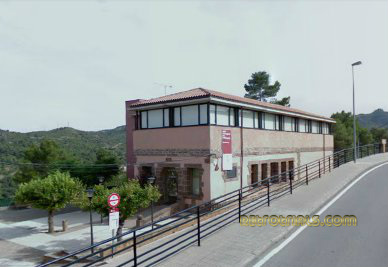 No, my mother used to take us both to the trials. Jordi did not have a driving licence at the time so mother would take him. He also went with friends as well


What can you remember about Jordi and your childhood?

I remember Jordi transforming his bicycle into a trials bicycle and then asking me to help him starting to ride trials. I told him don’t think it is easy. It is not as easy as you think. Its very different. I was mistaken as Jordi’s excellent results came as we all know


What was your first job when you left school?

I was working with my father. He would be driving the truck, we enter the woods and collect the timber. The wood would be converted into heating chips 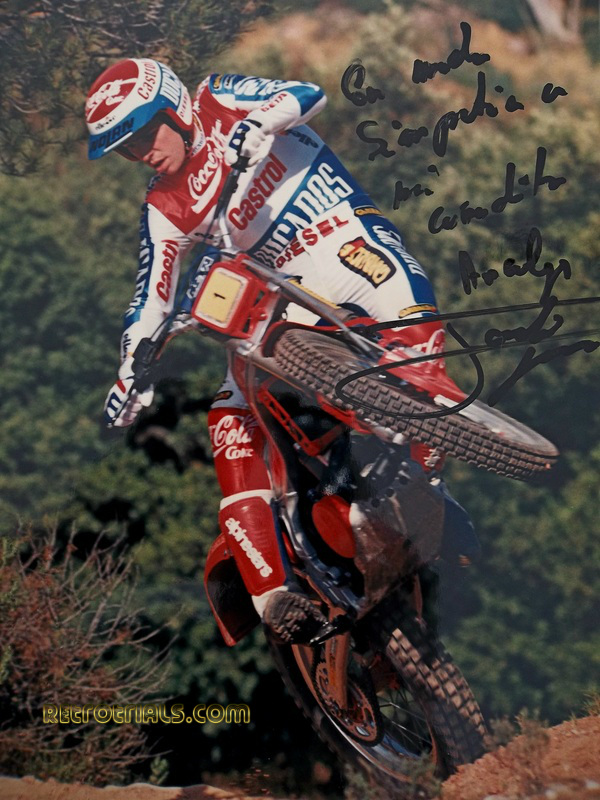 He was a helper on a building site, a labourer. He was not a proper builder

Who was your favourite rider when you were young?

Toni Gorgot on the Ossa and Montesa, yes. I know him personally


Tell me about the start of Jordi's riding days ?


Jordi was still riding cyclo trials when I was riding the trial. I was a fairly good rider and took him along to trials and he started riding motorcycles. I then went to the army to carry out my national service. I was a better rider than him at this stage. When I came back from the Army, Jordi was already far ahead. When I returned, I returned to the trial. I would ride the corner and perhaps lift the front wheel. I immediatley saw that Jordi was putting his weight on the front wheel and shifting the back of the bike around.