Who introduced Jordi to Trial on motorcycle

It was me. Jordi caught the Trials bug from me after I caught it from my friends earlier

What bike were you riding at this time in trials?

A Montesa 349 in white colour. Jordi's first moto was my moto. He just practise on this bike, no competitions. When I was not there Jordi would steal my bike and ride it.

When Jordi rides the bike at the start of his riding, who paid for everything like petrol, the bike and spares. 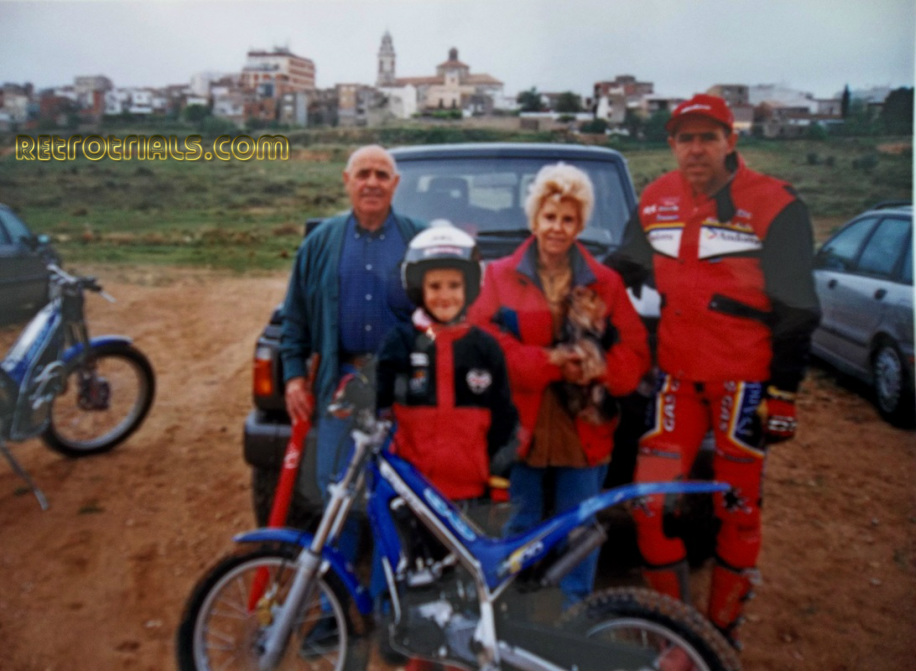 From left to right Joan , a young Pol , Pachita and Frasesc TARRES WWW.RETROTRIALS.COM
Do you remember watching Jordi when he was very young and thinking he could be very good?

Yes. I noticed the difference when I came back from the Army. This is when I saw he could succeed. Jordi’s gift was making easy, what was difficult. He revolutionised everything in the sport. He was so focused on his way and his technique of riding. Some times this would be better and he would have an advantage. In other ways the old was was better.
Jordi Tarres in 1990 on the watercooled Beta 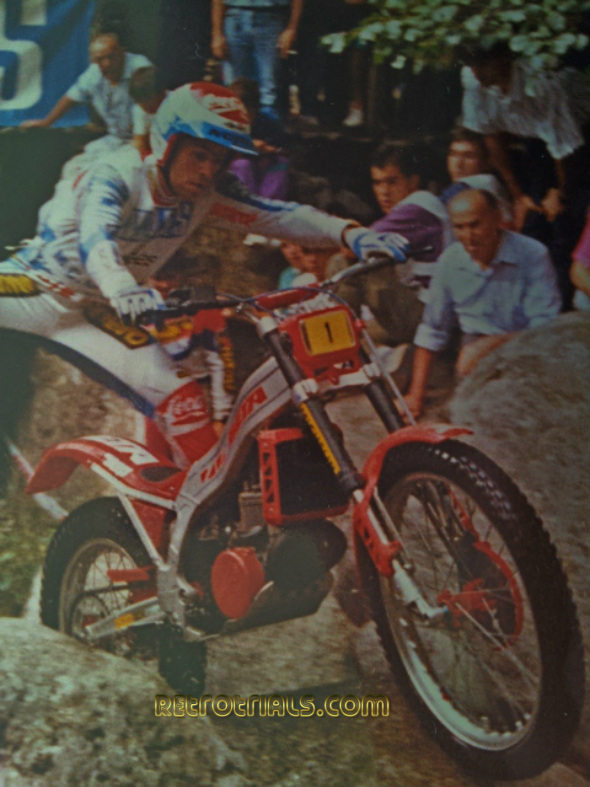 Jordi Tarres in 1990 on the watercooled Beta WWW.RETROTRIALS.COM
It took him time to get a good mix of the two and make the most of his riding. Its a little bit like now like stop and no stop. The person who will win is the person who is best at both techniques and can mix them together. With Toni Bou he is very good with both techniques. This has secured his results for the future as he dominates both techniques.
Fransesc, Jordi and Pol on his GasGas trial bike. This photo is circa 1994/5 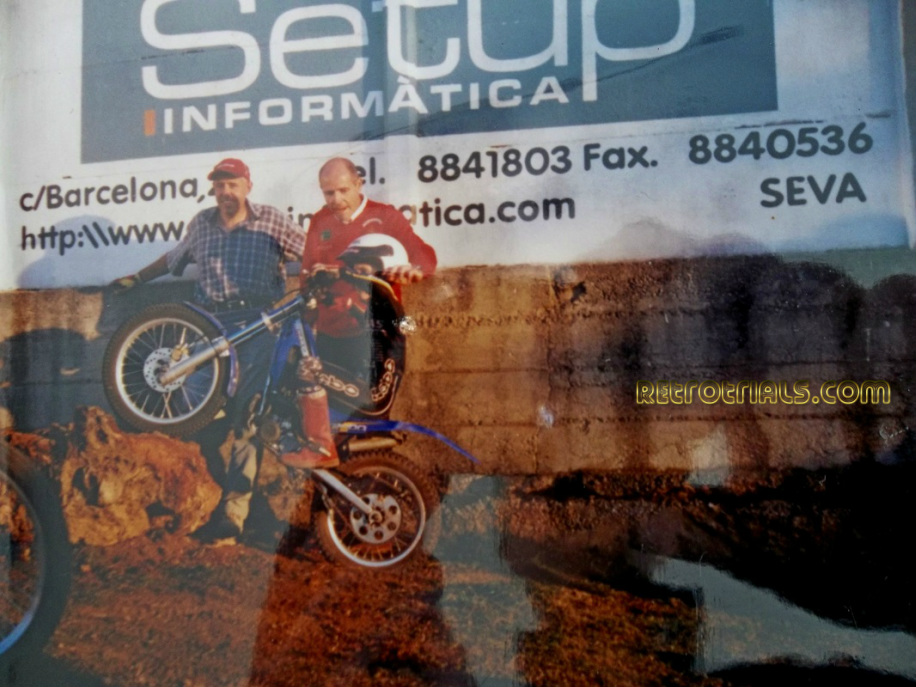 Fransesc , Jordi and Pol on his GasGas trial bike. This photo is circa 1994/5 WWW.RETROTRIALS.COM
He knows how to act in both ways. He's not to good at non stop and very good at the stop side, whereas with the no stop he is not so sure. What happened then, was that Jordi in time became good at mixing both techniques and really started to win and the other riders were behind him. The others were then way behind him.
Circa 1994 One of the GasGas trucks parked at Jordi's home 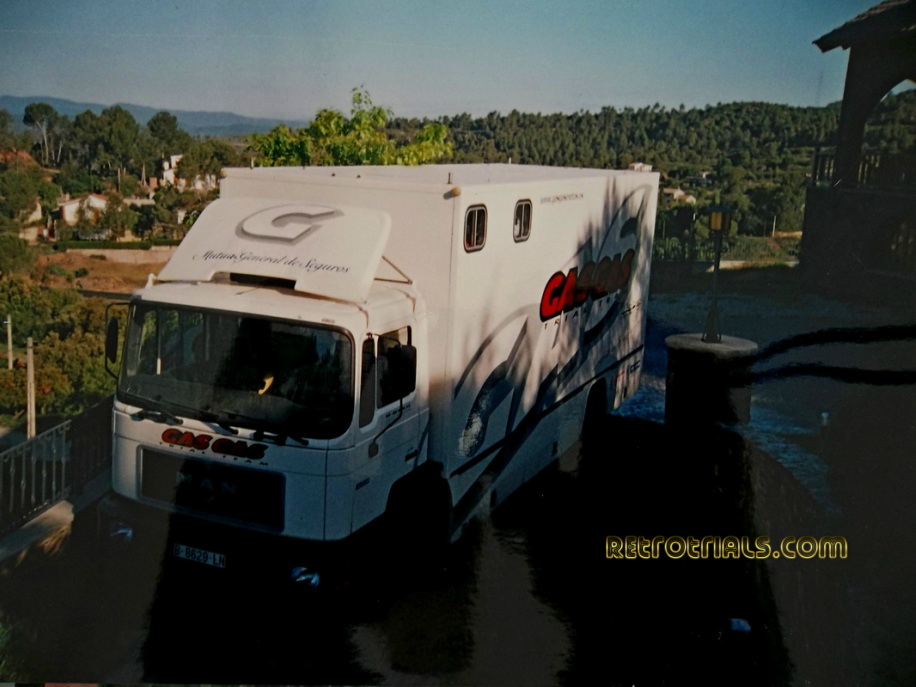 Circa 1994 One of the GasGas trucks parked at Jordi's home WWW.RETROTRIALS.COM