With GG team and other people, Jordi concentrated so much on the trials when he was competing that the next day he would have bad headaches the next day and was throwing up as well, after the face. It was such a strain on him and such pressure. This would affect all of the team and upset them. They would have to be around him to help him when he was like this.

In 1992, the last year with Beta there were problems with the bike and problems with Beta also. There was a lot of stress and tension between him and the factory for many reasons including him not being allowed access to the new prototype. This transmitted to everyone in the team and this was not good. Jordi was asking a lot of the factory and the owner of beta did not want to give Jordi what he wanted. All this started to create a tension in the team and with the factory. The team was not working as well as before . . He was riding against Avhala and was up against good competition. The last two races were in Canada and USA. In Canada he was 6th, but in USA he was going first (and would win the World Championship if he finished like this) but when it remain 4 or 5 zones he had a puncture. Fabio was very long away, and Francesc was the first to arrive there. Jordi take the wheel off me, but it not good and correct.Things were not going as smoothly as he wanted. Jordi was not confident with this wheel and tyre. It was the incorrect one and the truck was a long way behind. This meant that Jordi could not do the things he wanted to when riding . The Jordi's moral goes down and he loose the race, and the world championship. Jordi was very fragile at this time. Jordi just needed to win this trial for the championship and the puncture stopped him. Before he win with large gap between him and others. This pressure and then getting the puncture and not having the correct tyre cause Jordi big problems. 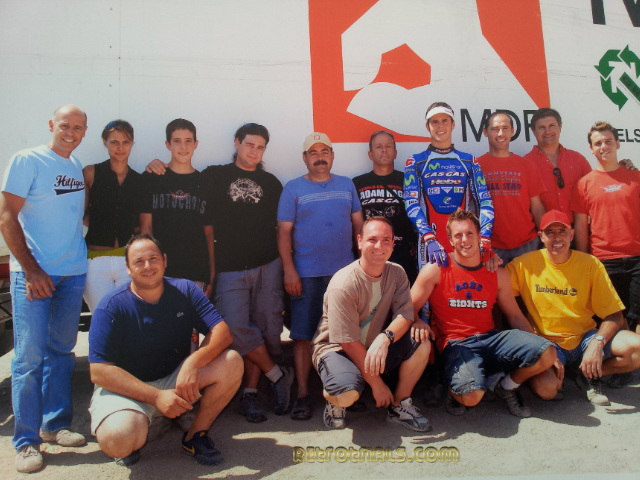 Fransesc Tarres interview WWW.RETROTRIALS.COM
Did you build Jordi’s house? When was this built? Is this on the site of the old house?

Jordis house was built in 1995 or 1996. The place where Jordi lives was a vineyard before. Before then Jordi live here underneath.

Jordi lived before at the old house untill he was about 24 years old and then he come here. He stay here until 1995 . He live on the lower level here with my mother and father. My father and I built this house. I had a good job importing the trucks and this paid for the house. My mother and father then came to live here from the old house down the hill. I was married and live up here.They wanted a bigger house to all live together. Jordi had bought the land many years before and was just waiting for the time to be right to build the house. 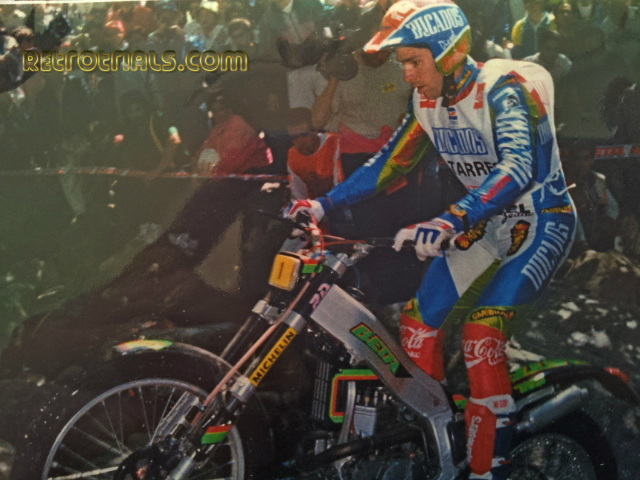