Were you a good trials rider?

I was not very good but not bad as well. If I could have trained a little more I would have been better but not a champions

At the time of Jordi riding the trial in the early Beta years , what job did you have?

Spain had just entered into the European community and I was importing trucks from Germany to Spain. Mercedes Benz and Mann. There were some types of lorries that were 4 wheel drive and 6 wheel drive and they were free of special taxes. I saw my niches and did this
A rare photo of Fransesc Tarres riding 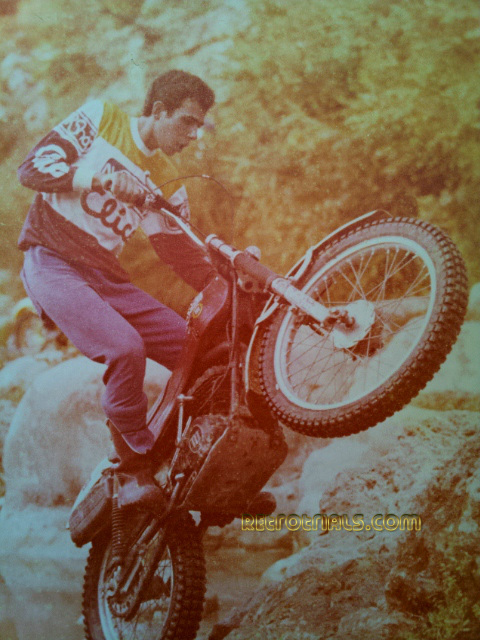 Fransesc Tarres WWW.RETROTRIALS.COM
Pol , honing his skills
How did you keep the business going when you travelled with Jordi ?

When I started with Jordi I stopped this job and dedicated myself to minding and helping Jordi. Jordi had managers who were taking 20 percent. These agents would be dedicated to sorting out sponsorship deals with companies outside of the motorcycle industry. If there was any sponsorship to be arranged with products that Jordi might use on the motorcycle , Jordi would deal with this himself. He knew what he wanted for the motorcycle and the agent did not. Parts and oils and clothing and boots and helmets and everything like this is organised by Jordi.
This picture of Pol was taken at a time when Jordi was riding with GasGas. Although Pol is seen riding a Beta childs bike , it has been labelled up as a GasGas to show loyalty to the brand of GasGas
Did Beta pay and employ you or were you volunteer?

I work for Jordi and Jordi help me.

Did you think that Jordi was very uncompromising and just think about moto ,moto , moto?

Yes , Jordi’s goal was to get better and he threw himself in fully to get results and make himself to the top level. He didn’t know how he was winning. Then as he won there was then pressure to stay at the top. His life was his job , completely , around the clock for 12 years very intense and packed.Trial crazy

Your family have lived here for a long time, do the Tarres family know everyone in Rellinars 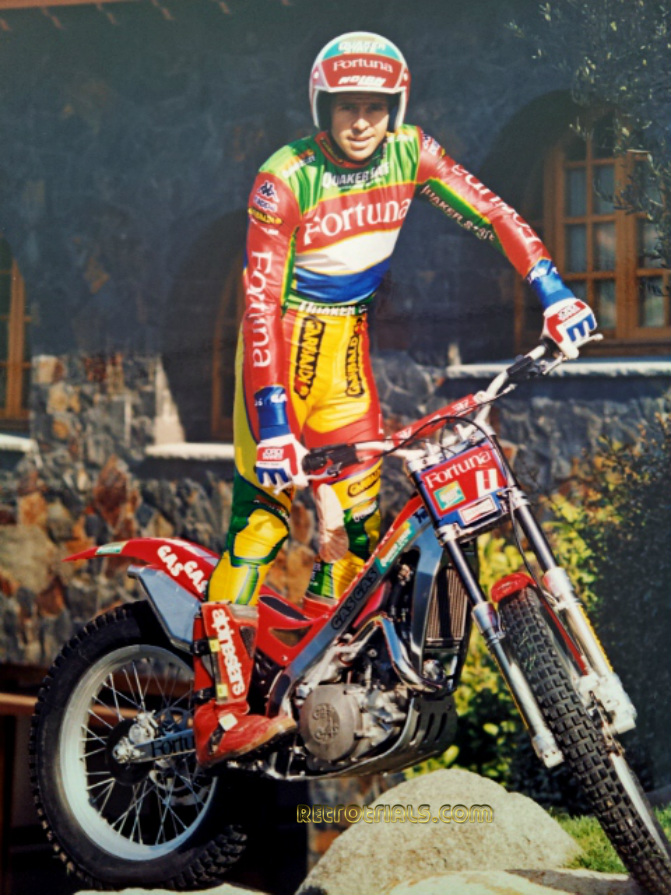