The small village of Bilstain in Belgium is a fairly normal small town. It really doesn't stand out as being of particular note apart from one small thing . In a little country lane  far from the school and the bar and the Saturday morning hustle and bustle is a woodland valley, with an infamous history. Entering this valley from all areas of Europe are many thousands of motorcyclists each year. This is a motorcycle park and a place you can come to ride you enduro or trials machine until you are too tired to lift it. However most of these jolly fun riders today know nothing of the step that lies hidden within the forest.
Here is a short visit on the history of the step


For most of the 1980's ,Belgium has hosted a round of the World Trials championship here are Bilstain.
One section stood out from the rest . It would be the main huddle of spectators , photographers and camera crews. It was the highlight of the trial. This was the infamous Bilstain step. The step was a huge flat topped rock that was planted on the slop of a hill , just above a river. Back in its day , this step was one of the hardest in the World. The crowd came to watch the best ride up the rock and the rest fall.
The Bilstain step will always have its place in trials history .
This was the biggest step of the World series at this time. It was featured in many trials videos and many motorcycle crash videos.

There were 2 approaches to the step used in sections. The first approach was in the early 80's when riders used to drop into the water , ride up stream and then turn left coming out of the water and then charge at the step. Later the 2nd approach evolved as bikes and riders developed. The 2nd route looked a little harder , but Eddy and Eric Lejeune seem to remember there wasnt much in it. They started the section next to the step on the hill and rode down the hill almost down to the stream. They would them turn on the muddy bank , pass between trees on this side of the river and then ride at the step.

This was Eddy Lejeune's practice ground as he lives only 4 miles away. He would spend many days and weeks at Bilstain perfecting the hazards. He was well practiced at the step. However , even Eddy who charged at the step on the RTL360 and RTL270 still had the odd dab now and again.


Eddy Lejeune mentioned that back in the day the step was at chest height and the floor approach was covered in rocks. Nowadays the step is taller. The rocky approach has been scraped away leaving a better smoother approach , but a bigger step.

Steve Saunders commented that it was not the height of the step that was difficult , but the approach it it. The floor was covered in rocks that made a charge difficult , so being on the perfect line was very important. Steve famously crashed badly on the step smashing his works Fantic headlight, snapping the handlebars and breaking the rear mudguard. His bike landed on a spectator at the time as well , but he did apologise to him afterwards.

Rene Opstals also crashed in 1991 on the step smashing his new Gasgas engine.

These are just 2 men who ive mentioned but the steps victims run into the hundreds.

My visit to this area of Belgium was centred around interviewing Eddy Lejeune. It was only when this was booked that i realised that Bilstain trials park wouldn't be far away and i could head there also. For me the Bilstain step is a part of Trials history. There are few sections as famous aside Pipeline in Kinlochleven. For as long as the mid 80's and since ive been riding trials the Bilstain step has always been an photographed for umpteen editions of TMX and filmed for many World Trials championship videos. Its an Icon of Pre 80's trials and for this reason i just had to search it out and try and find it .  There was always the possibilty that it might have been lost under a landslide, excavated and quarried by JCB for its rock.I just hoped it was still there.


By the way , you can read the Eddy Lejeune interview here


This is the entrance into the Trials park from the country lane. 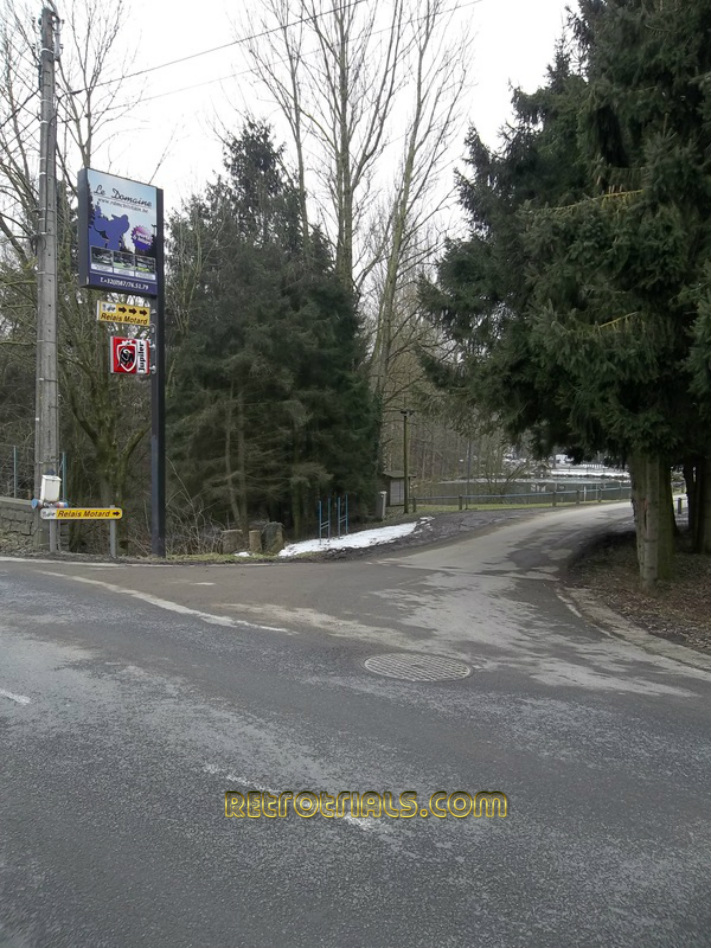 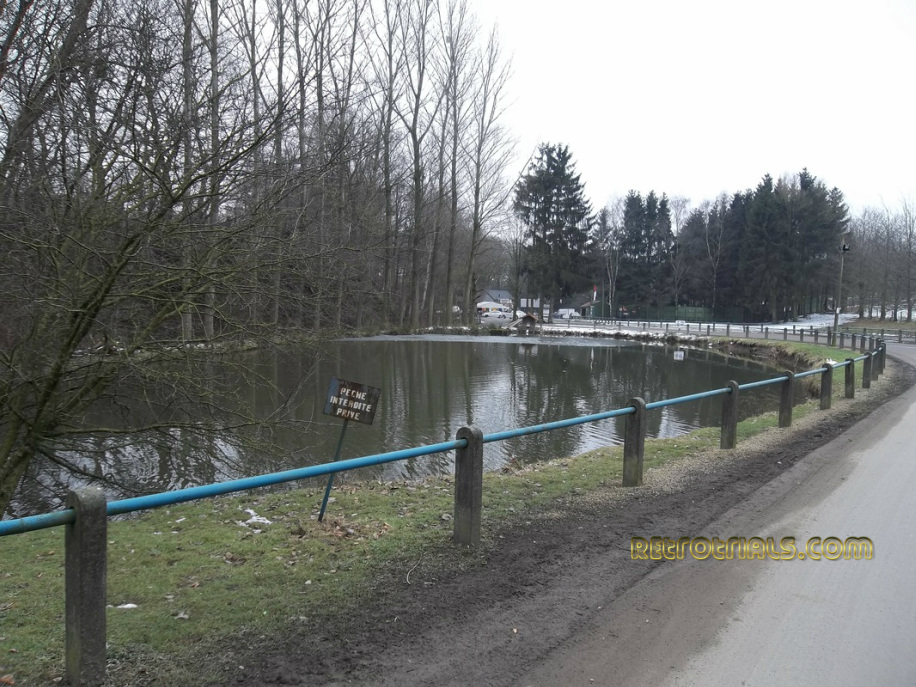 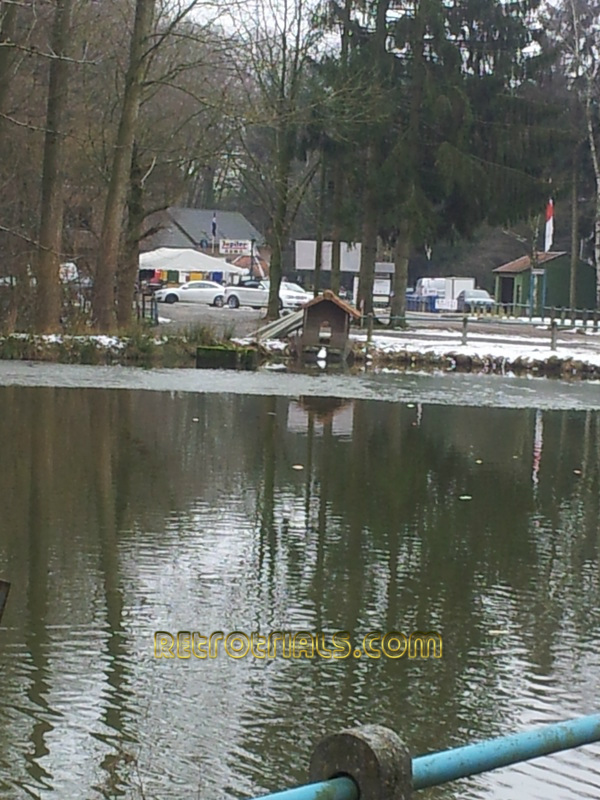 Bilstain trials park WWW.RETROTRIALS.COM
The bar and cafe is to the left hand side of this white awning. The Bilstain trials park is a great set up. RDMCC cyclo trials club and a number of motorcycle and off road driving clubs are based there. Its a properly organised well set up place that is clearly economically viable as its been running for years. 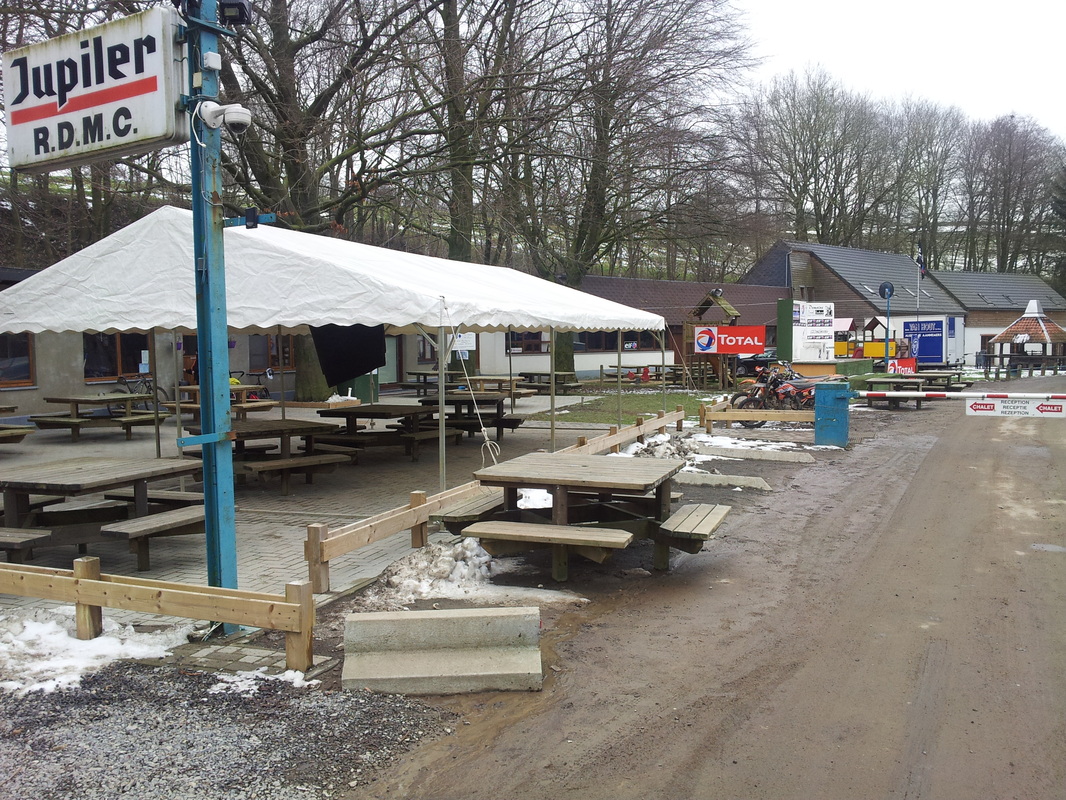 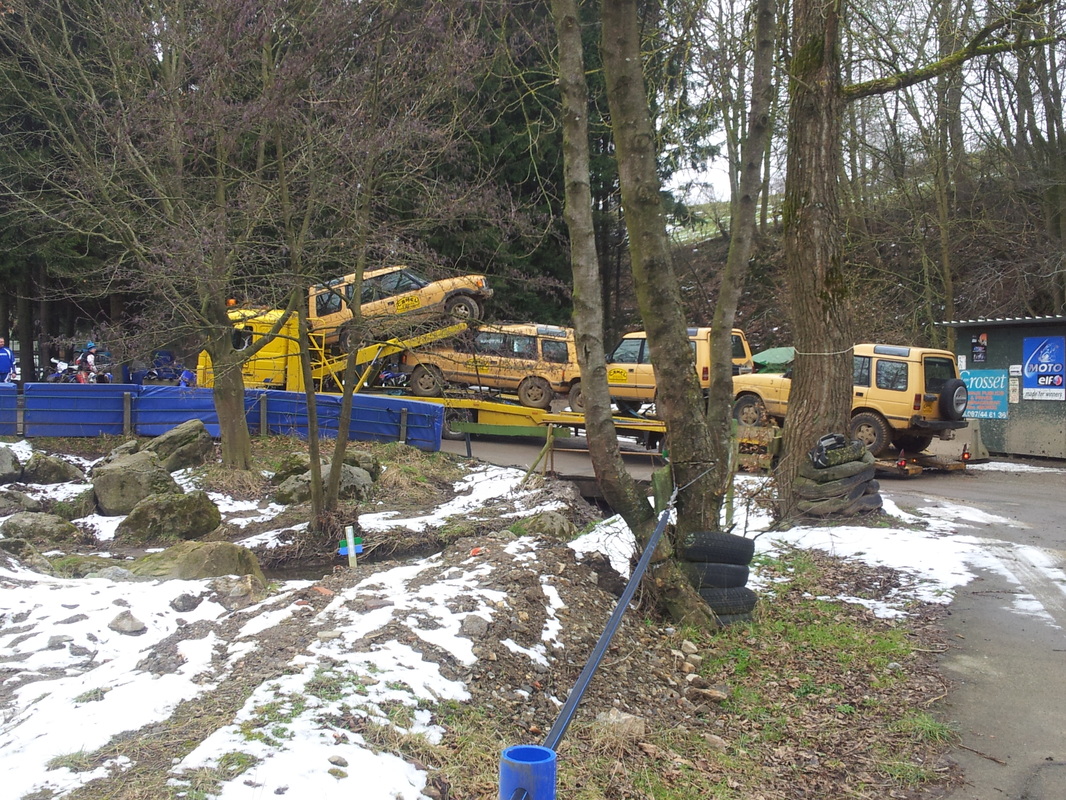