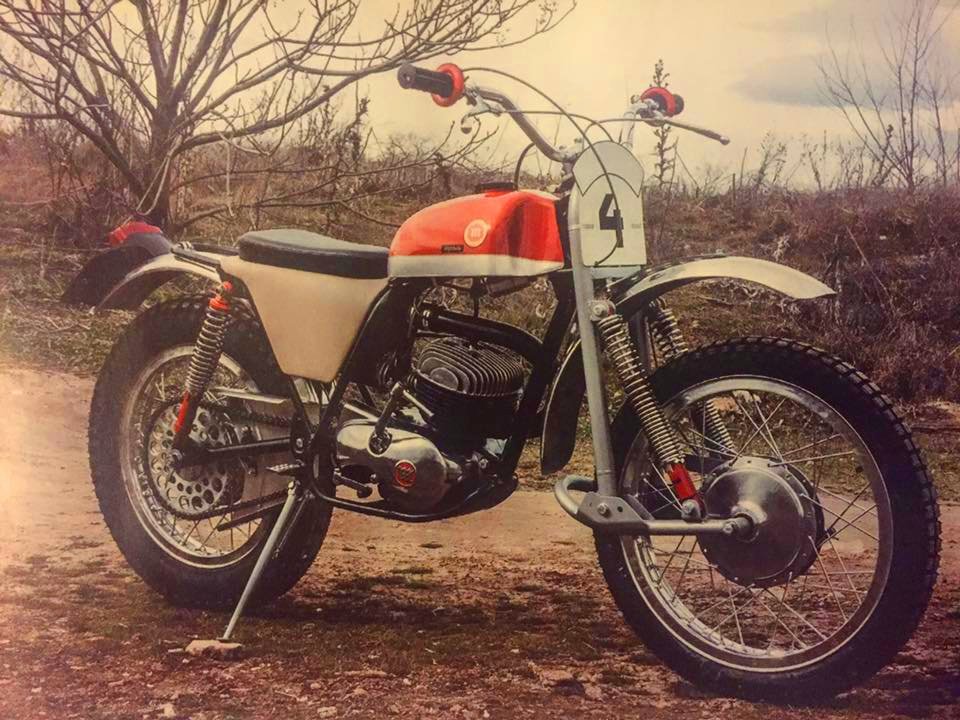 2014 Pere Pi Interview www.retrotrials.com
Almost all of Pere's time with Montesa was spent at the famous Espluges Montesa factory which they occupied from 1959/60.

The "DID" section was the Competition and Racing department where Pere worked. It was extended to encompass the whole area of grass in Pere's time and before Montesa left the site.
The area of grass and trees circled in blue was the practise area for Trial at the factory. 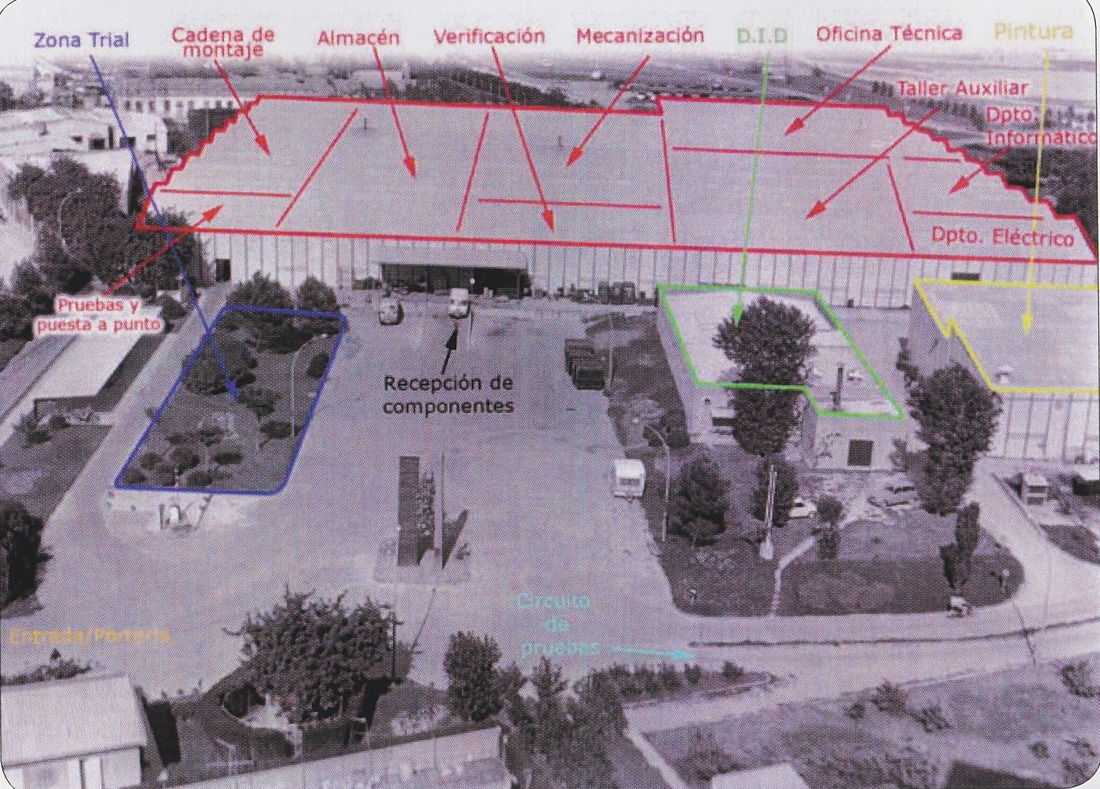 Yes, the most important riders like Don Smith, Gordon Farley and Marlcom Rathmell were quite demanding (motocross riders were so much more). Those were wonderful years living with these riders. Rob Edwards was very friendly, Shepherd Rob was very hard to understand his English was from the mountains. Benny Sellman and Ulf Karlson spoke little and were very effective. Gordon Farley and Marlcom Rathmell were very colloquial and no problems with them… nice people.
Yes, the first major pilot was arrived in Montesa was Don Smith, was very intelligent and responsible. The first day that Don arrived in the Montesa DID (Racing and Development) he was sitting on the Cota 247 we had prepared for him,. He asked for a torch to heat the handlebars . He did this work himself and accommodated himself on the bike and make the position good for him  in less than 20 minutes.. This handlebars was accepted for all pilots and later came in and all series Montesa Cota-247 and 348 carried the same handlebar. It was a great success of Don Smith. Congratulations Don.

The Cota was an incredible looking bike. In my time it was very special. It was nothing like the bikes of England or Spain. It was revolutionary. The colour was amazing. It had a one piece petrol tank with seat. This was the first in the world like this. ﻿
Pere's meeting with his then wife Maria was not out of coincidence. Maria's father ran a large 7 floor building with an extensive  motorcycle chop in Mollet de Valles named Isern Motos. They were passionate Montesa supporters and had many top riders out on the tracks and at the trials. For many years in the 70's Isern Motos was the largest selling Montesa dealership in the World.

Pere, Maria and her father Juame. Juame's other child is Josep Isern who later took on the motorcycle business. Maria Isern with Eva their daughter by the racetrack. The middle photo is of the Isern shop on their opening day.
When we begin in 67 the trial bike we begin the assembly of the new bike in 68 we have four bikes in the competition department. We send one to Tony Smith, another to Christan Rayan and then Charlie Harris and another me.