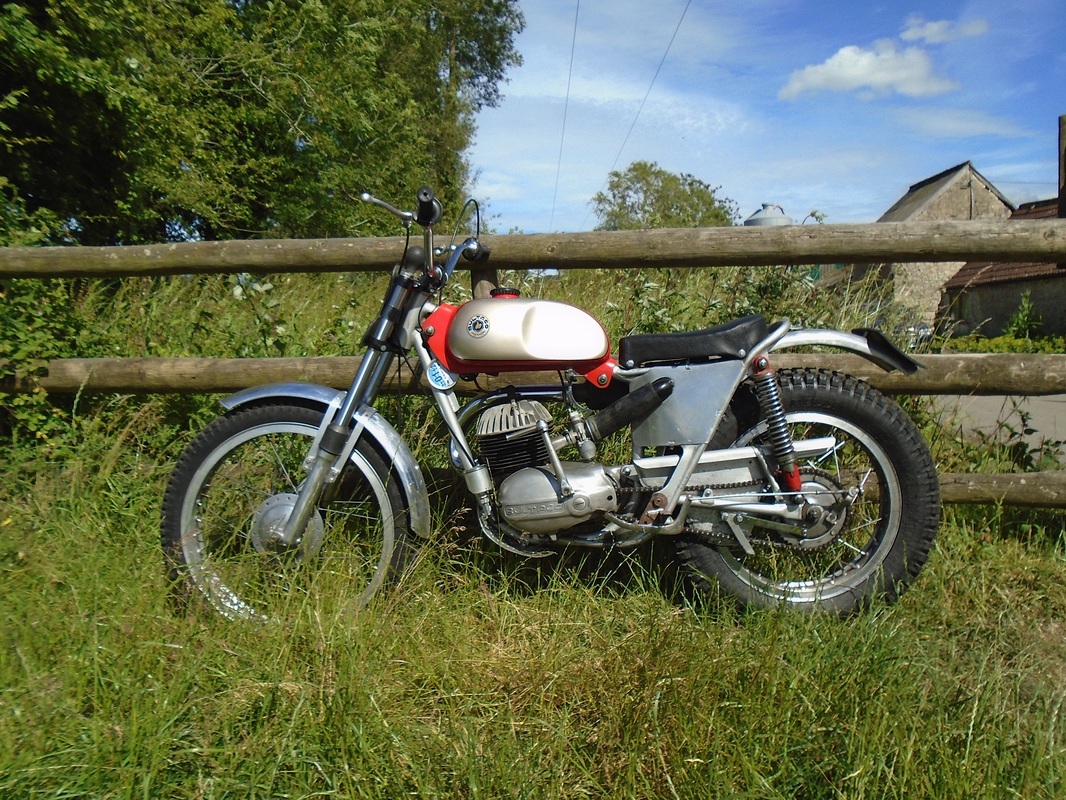 The actual first Sammy Miller Bultaco that changed the sport forever www.retrotrials.com
What appears to have happened, is that when the bike was initially register back in 1964, the engine number has been taken from one bike and the frame number from the other, to register them. There would then be 2 sets of number plates and 2 bikes running around on the same number plate. On my bike the frame number and the engine number actually match. They are the same. They are in the correct location , look authentic and they match the original log book. This is the way that Bultacos operated. The frame and engine numbers were the same. 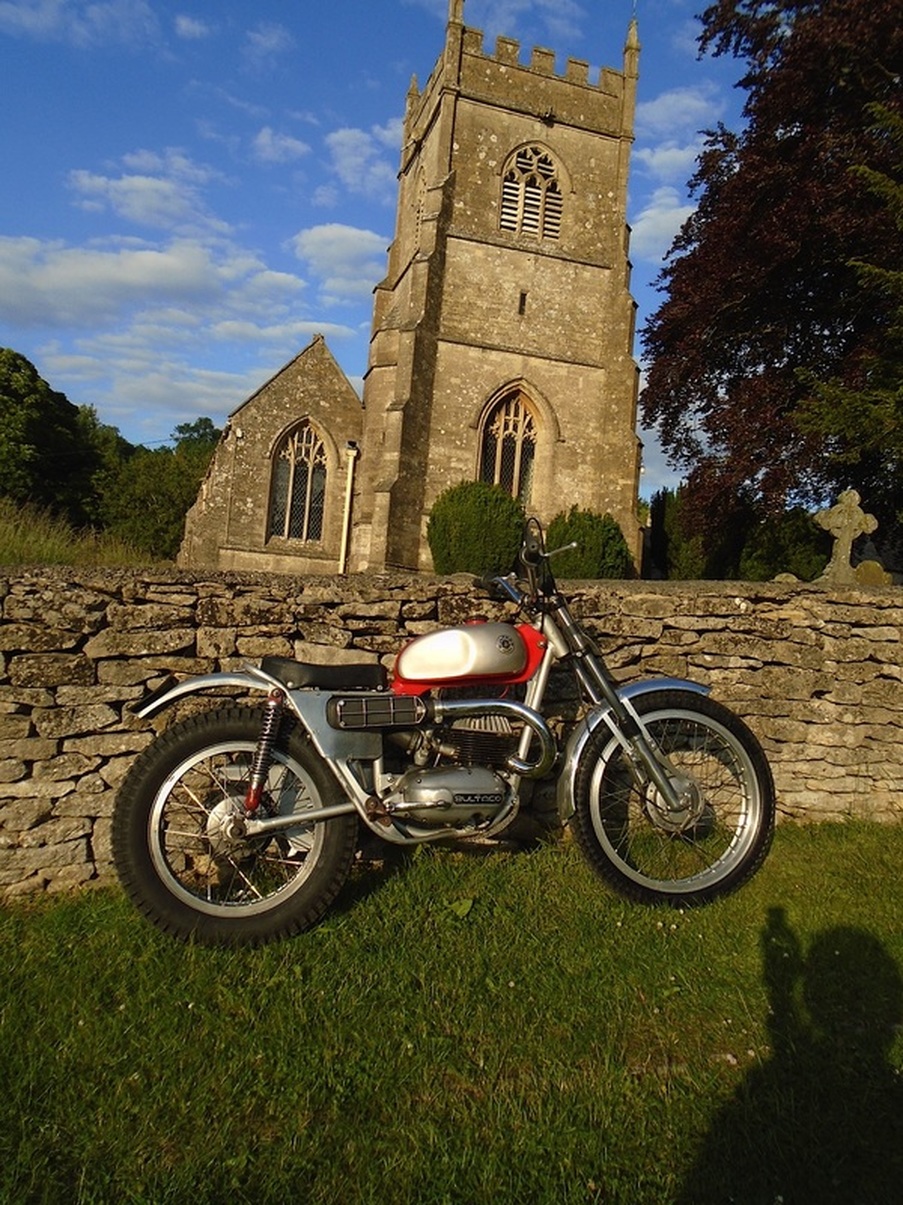 The actual first Sammy Miller Bultaco that changed the sport forever www.retrotrials.com
T​he other sister bike is still out there…somewhere. The frame number of the machine in the museum is now from the log book. It is also in the incorrect position for this bike, as per the photos. As I've mentioned, the letters were stamped with a different punch in addition  in addition and there is also an anomaly with two of the digits that is apparent on my frame and the photos. If you rub your fingers  over the chassis number of the museum bike, they are very rough.. The anomaly to my bike is unique…but I don’t want to advise anyone of this, because it might give someone the opportunity to copy my bike and then claim they had the original. 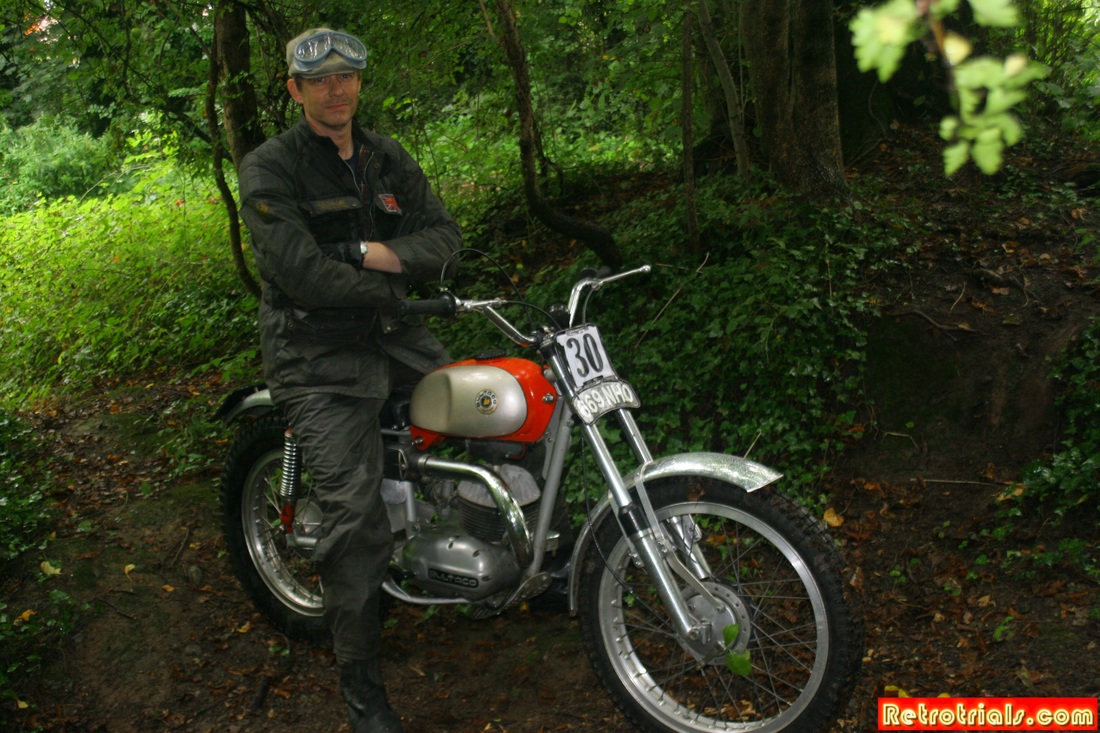 The actual first Sammy Miller Bultaco that changed the sport forever www.retrotrials.com
Sammy's museum Bultaco had been taken up to the Telford show when they did a special feature on the Sherpa T. Vryjo Vesterinan had also brought along Sammy's 2nd 4-speed Bultaco EAA60D which he had recently acquired and restored, this made me think that my bike should really be in a museum somewhere for people to see. My legs are not as strong as they should be and I would love to ride it but unfortunately my leg injuries don’t allow it. I've had it mot’d now and go for short spins on it now and again. 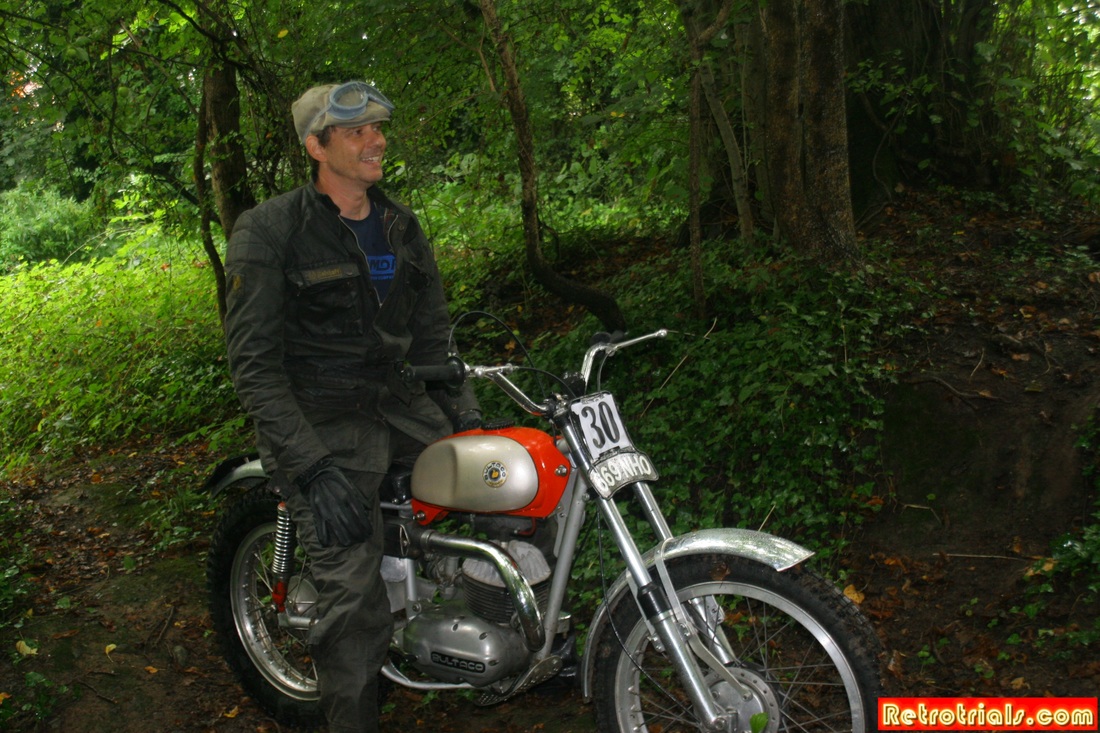 The actual first Sammy Miller Bultaco that changed the sport forever www.retrotrials.com
The motorcycle buyer from Spain certainly wanted this bike and made me an offer but at this stage I think he only thought it was a prototype. Neither of us suspected that it might be as important a bike that it turned out to be.

This important motorcycle is the fore runner and prototype for the model 10 Bultaco and what the Spanish call the Sherpa T Sammy Miller.

Do you believe that your bike is the very one that was created in San Antonio ?

I’m not entirely sure, but I can see that this frame of mine has been heavily adapted. It has not been built from scratch. Like I say the foot rests in any way near a place they were originally intended for. The area they have been mounted on has been added on. You can see where the original frame was and also where the new webs have been added to provide a base for the footrests to be mounted on. What I can say is that my bike is the motorcycle in the photo shots I've shown you with Sammy. 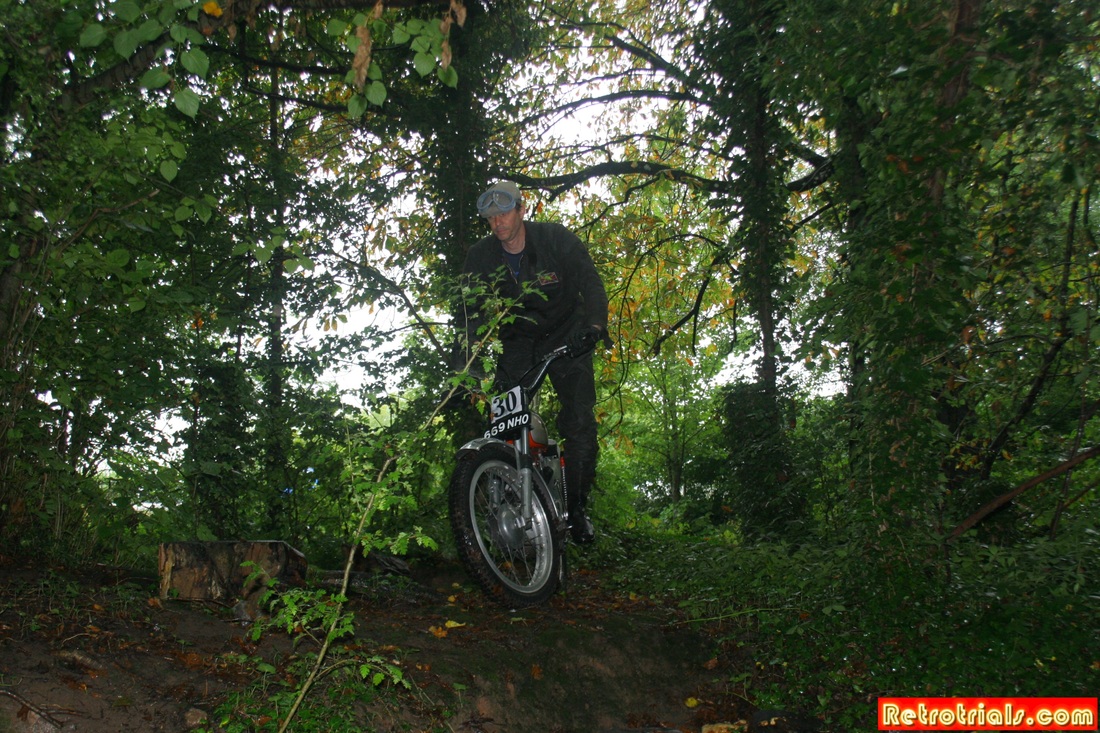 The actual first Sammy Miller Bultaco that changed the sport forever www.retrotrials.com
Do you think the bike that you have is the main bike that he rode or the sister bike that perhaps had less use ?
​
I've always assumed that this is the main bike. I say this because of the attention to detail in all of the welding, this certainly is the bike that was used in the photographs. The Cecil Daily photographs were used in the Don Morley book as well as by the Rickman brothers in the brochure that was released later. Also because my frame number matches the log book and it is not the other one, the sister bike as I've described. I've come to the conclusion that this is the main bike. To be honest its very difficult to tell from the riding photos which bike it is, but certainly my bike is the one used in the stationary photographs.
Page 9