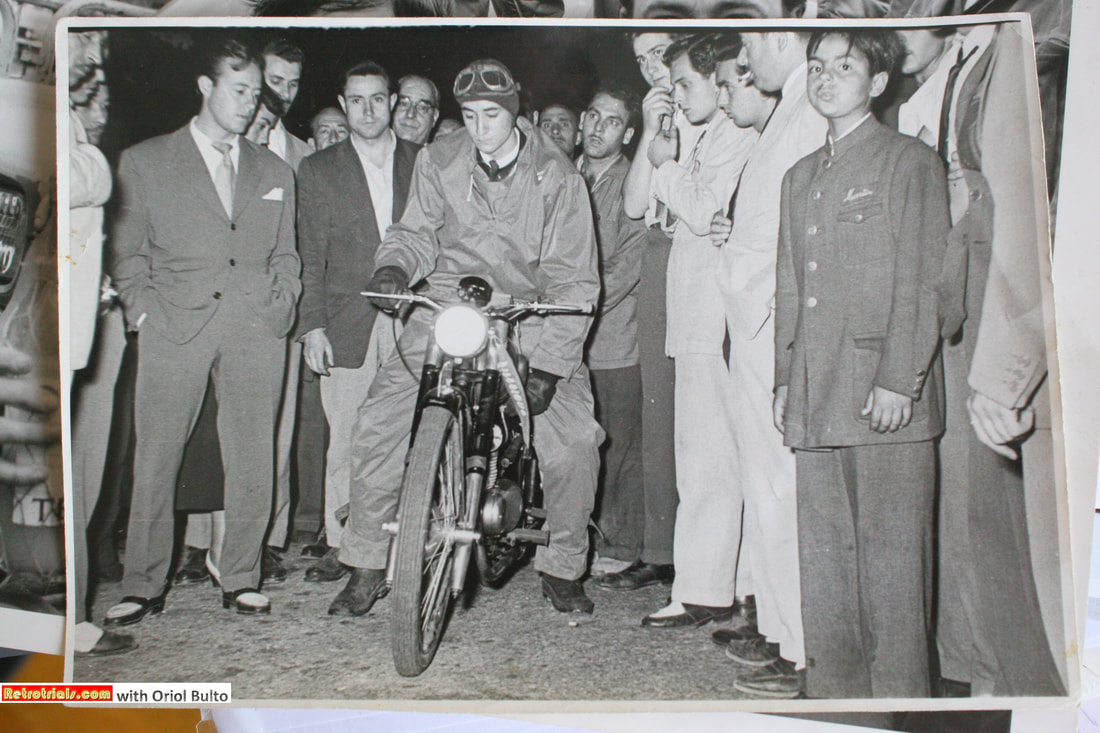 A detailed interview with Oriol Puig Bulto www.retrotrials.com
​These rules for this race allowed some modifications but but one thing you could not change with the ignition system and Montesa in order to reach a higher RPM instead of using the Magneto , the standard Magneto , they used an ignition system with points and without a flywheel. They  had a battery hidden in the tank . You know the montesa Brio ?. It had a hole and an area pf the tank for the tools and it was in this space that they put a battery. Montesa also claimed that the Bultaco was not right, because they said we had more compression and a higher compression ratio then standard, but this I can deny it for sure ,because I was with the mechanic when we measured exactly the volume of the cylinder head to make sure that if the standard was 12 to 1.
The book shelves in Oriol's office contain Catalan motorcycle history essential reading as well as trophies and medals.
it was always possible at this time that a production bike would have different tolerances in the engine and what we made sure before the races word Up was that all of the machines that took part at the ratio of 12 to 1 no more but certainly not 11 and a half and less and I was with the mechanical specialist measuring the exact volume and we were exactly like the rules to the limit of the rolls but exactly no more there were two people that witnessed the measuring of the volume and the compression ratio and this was me and the Mechanic and we know this to be the fact montesa have spread the story that we have a compression ratio that did not meet with the rules and they Justified it somehow and gave some explanation as to how they knew this.
Oriol Bulto pictured with Irish Bultaco importer Harry Lindsay at the "invited only" San Antonio Trial 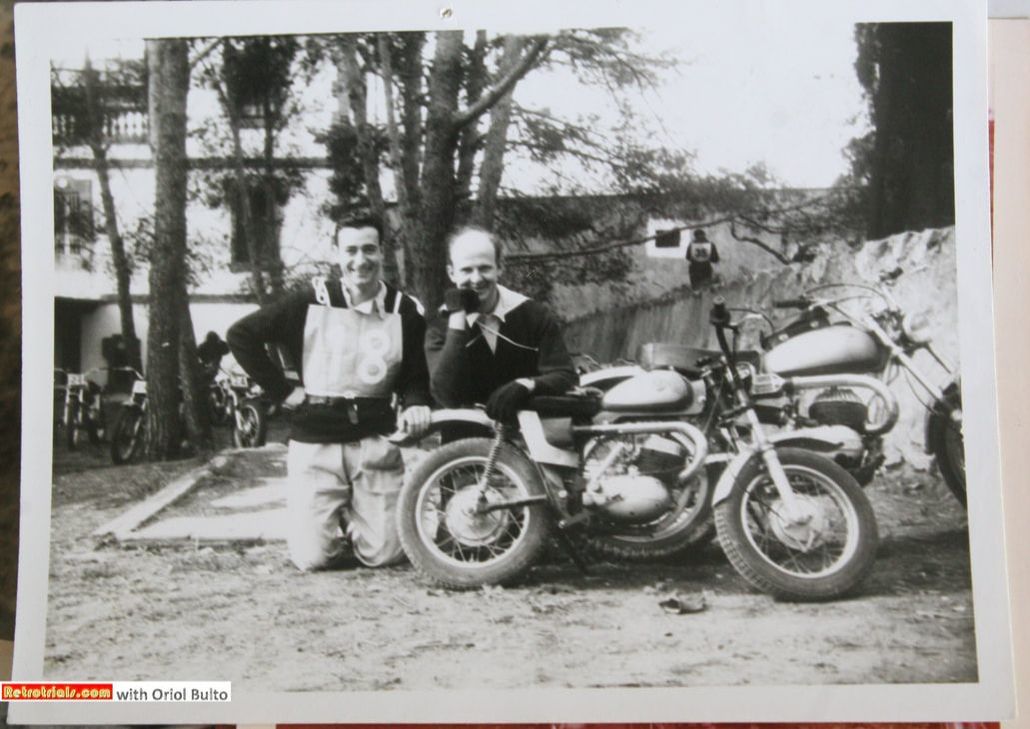 A detailed interview with Oriol Puig Bulto www.retrotrials.com
And did you get this money back later on ?

Oh yes yes yes yes. I was very pleased and for years it was very good and I was laughing at my brother's because the textile industry receives no dividends and Bultaco was giving good dividends ha ha ha . But at the end it was the opposite 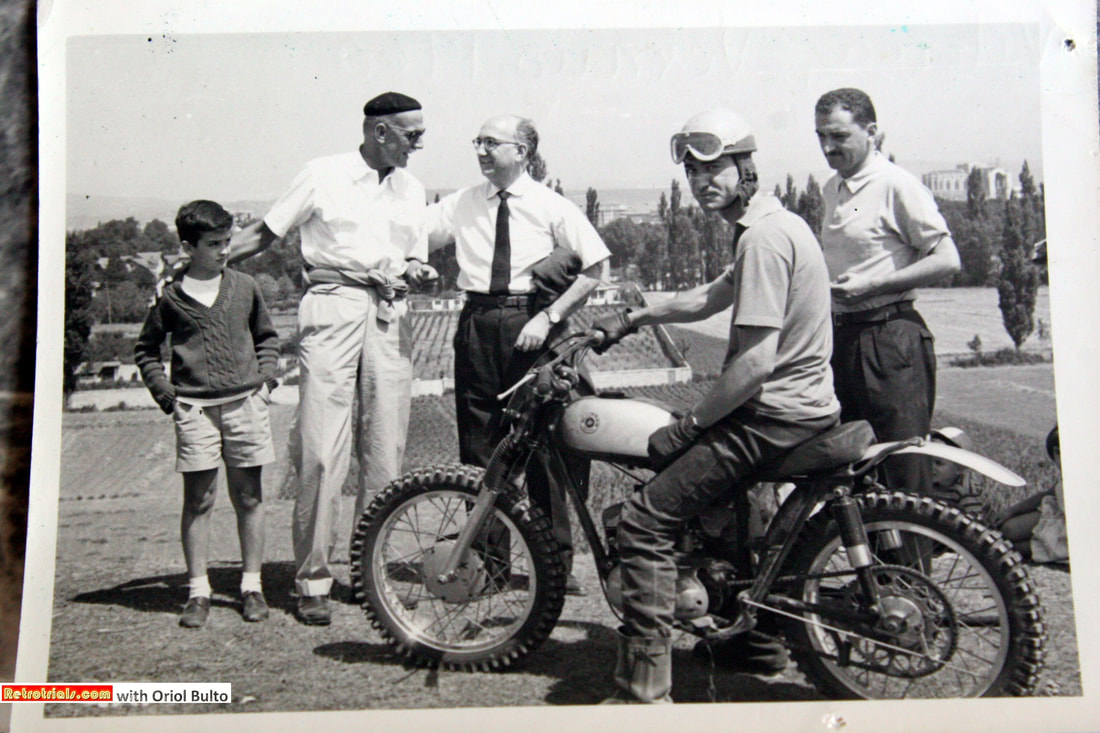