Oh ...before i forget ///one more photo of the Alfer watercooled prototype nearly complete back in 1992.This was the only one created.

Why wasn’t the prototype ever put into production ?

It is strange… I think …that when we finished the prototype and we were ready to produce, then I don’t know why, Cisco (Francisco Almirall) stopped it. And then Cisco (Francisco Almirall) said lets do another prototype because this prototype… all the dealers were phoning us and I told them that they would have the water cooled model in one or two months time…  I don’t know the reason but I have the impression that this man had Bobinas a Blanes and was making lots of money and what he was doing (ceramics) with me was just a hobby and he was not really interested in the project to grow. This is what I think.

Before with enduro . Almiral like enduro , but trial no . 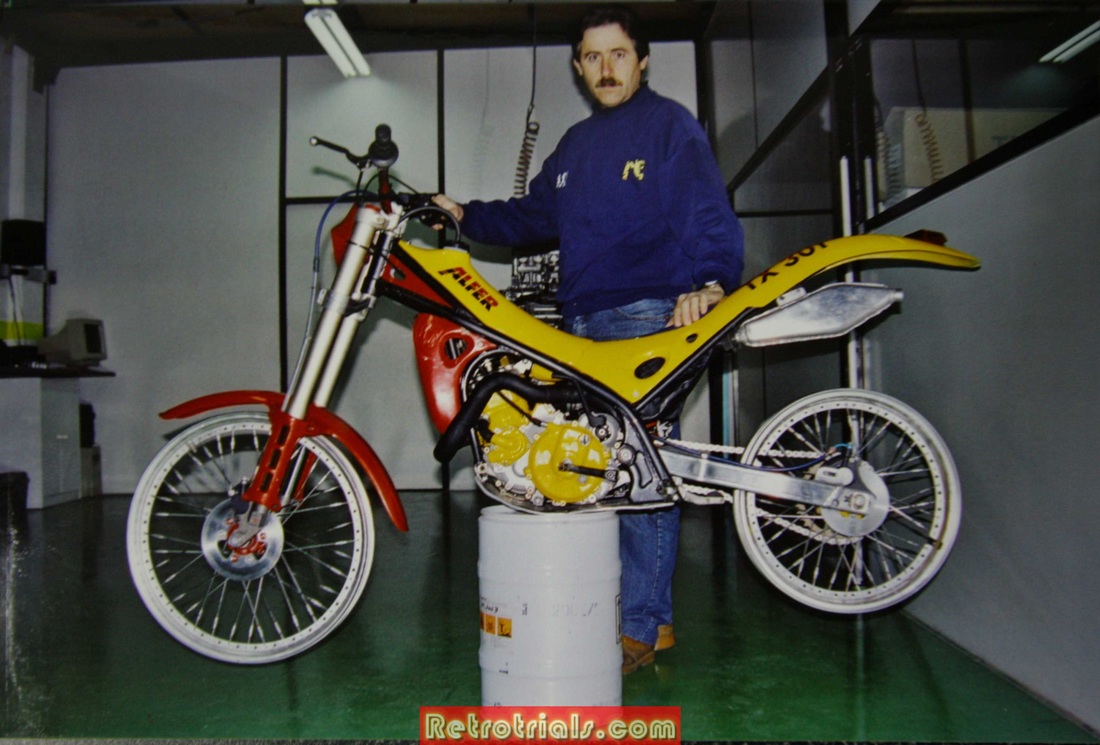 The collaboration that Alfer makes with Scorpa was that we make the Scorpa bike for Scorpa. The chassis of the Scorpa was originally Alfer and they redesign it and make big changes.

For enduro they teamed up with Yamaha.  Yamaha in Japan is not Scorpa is Yamaha.

Why did the agreement go bad with Scorpa ? Because the factory said no more trials bikes and the factory stop production of all trial bikes. 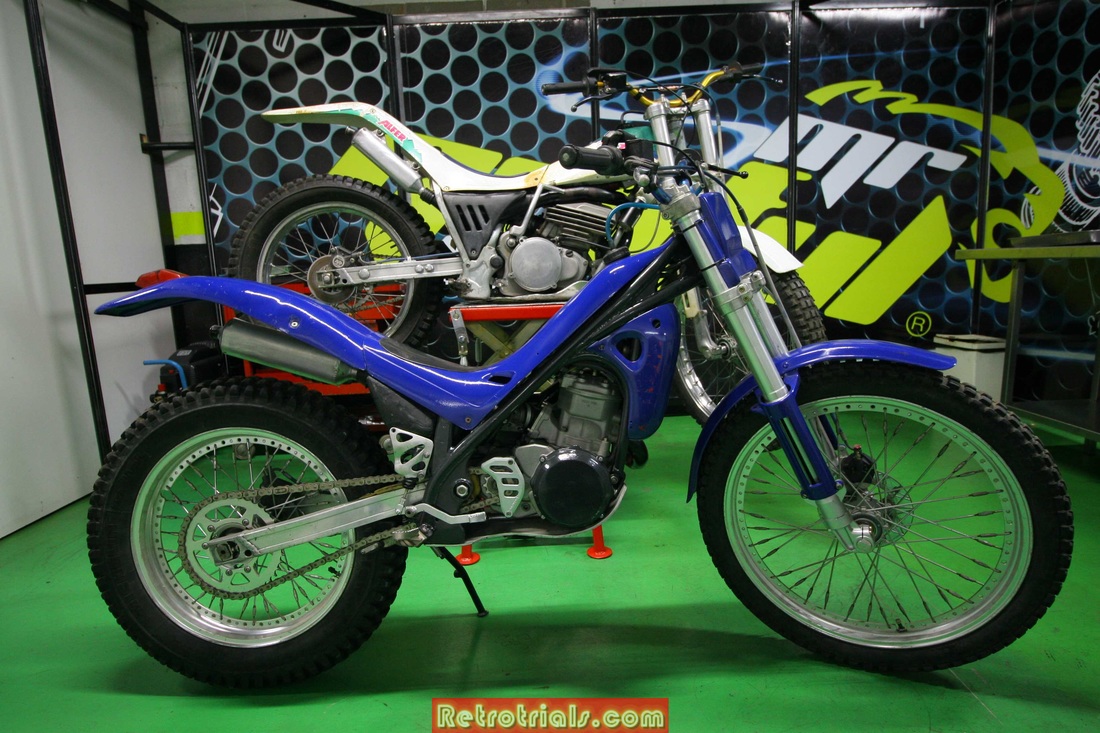 Exclusive - The story and rediscovery of the Alfer and scorpa prototypes
Did you develop the Scorpa chassis for this collaboration ?

Yes yes with Albert juvanty. We start with the Alfer chassis and then we adapt to make this Scorpa frame and for the Scorpa frame to fit the plastics they had already made.

All the chassis after the Salon de Automovil  de Barcelona are the same; Gas Gas, Sherco Scorpa are all the same. This is the father of todays frames.
They would just cut and plate them. The main body of the frame, the footrests the tubes is the same as the modern chassis.

This is one of the prototype frames we make for Scorpa

But this prototype has a tubular frame and the first Scorpa had a box section frame . How do you explain that ?

Alfer and Scorpa make an agreement where one will make the enduro and the other will make the trial.  This bike we make was for that agreement and it was using the plastics that Scorpa have . We are told to use these plastics. The plan was after to sell the bikes with 2 different names. In the end this agreement go bad between Alfer and Scorpa and every factory followed its own way. 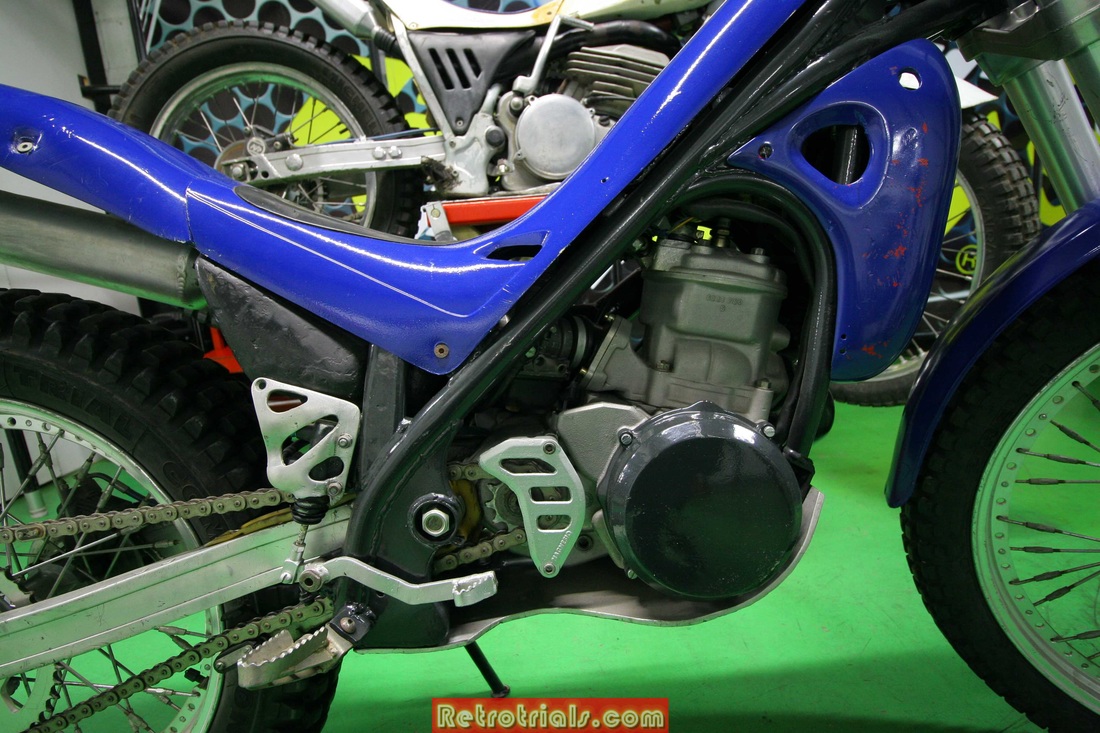 Oh yes...by the way ...the Alfer behind on the stand is the genuine factory Alfer of Lluis Gallach. Felip ran the trials and enduro competition shop for Alfer and maintained the riders bikes. 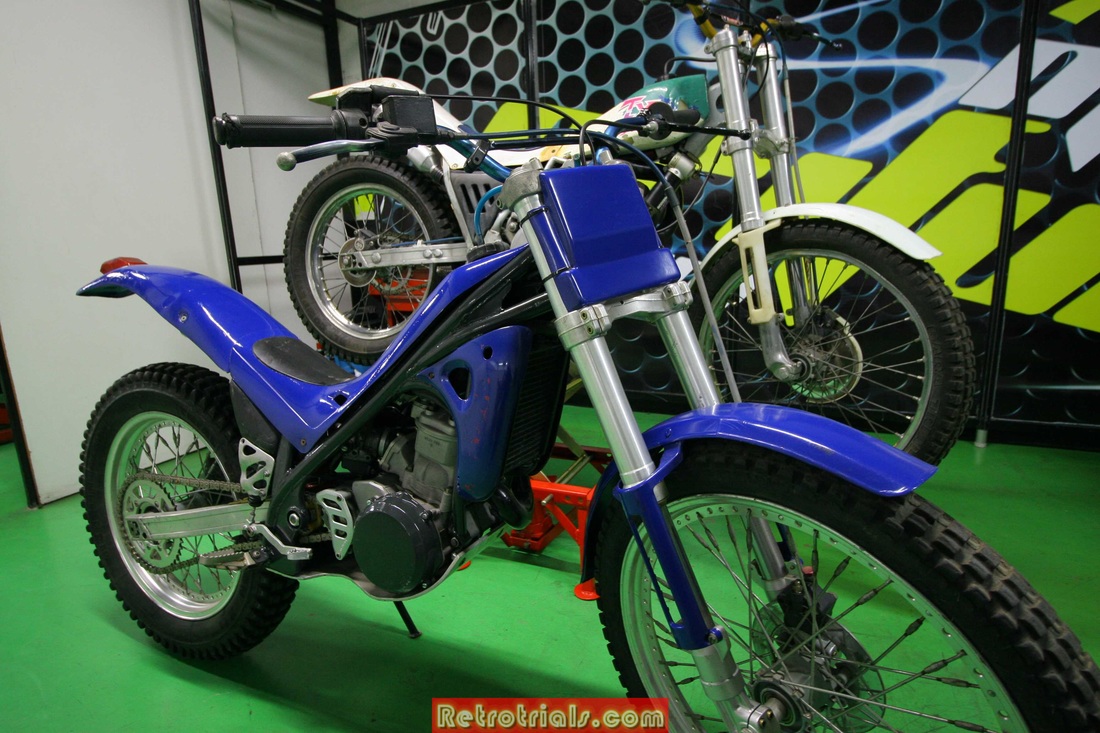 Exclusive - The story and rediscovery of the Alfer and scorpa prototypes
So ...there are a number of surprising things that have come from this visit. 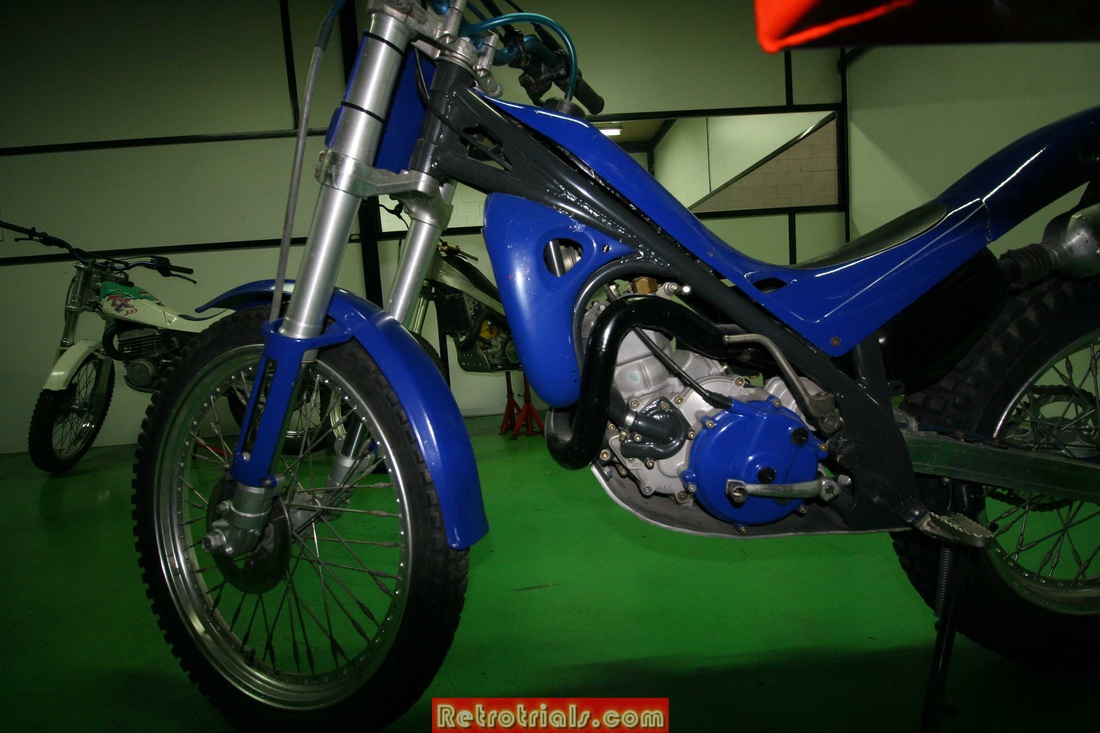 Exclusive - The story and rediscovery of the Alfer and scorpa prototypes
4 - That this Scorpa prototype was an evolution of the Alfer trial , however this prototype was no evolved into a production model as the 2 companies had disagreements.
5 - The Rotax engine in the World of Trial started with the work of these men.
7 - The Scorpa prototype was designed around the plastics that had already been made by Scorpa - crazy hey !!!!.....but they have to make the money honey , and throwing good plastics away is not good business.

Thank you so much to Felip gonzalez and the retrotrials guys for making to make this happen. 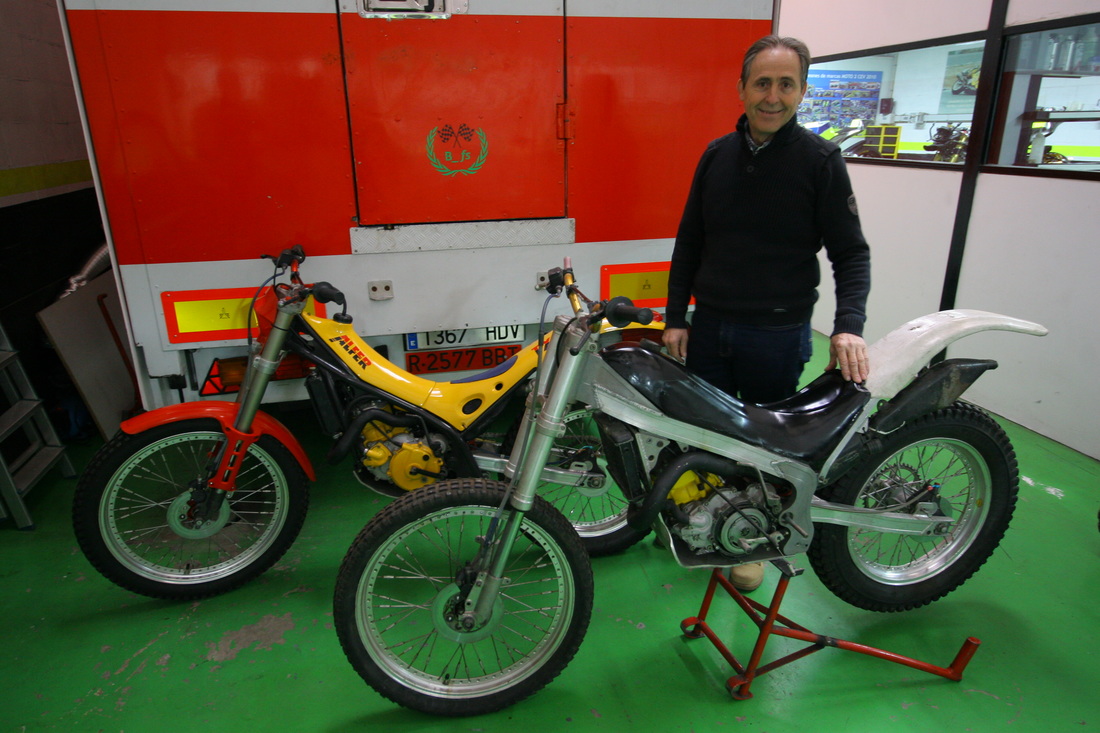 So , you were busy with your motorcycle shop after the Alfer and Scorpa were fabricated. What did Juvanty do ?

He fabricated Alfer and also created the JP bike with Quico Paya.

Albert is very good with his hands with everything and now he is  restoring furniture.

From motorcycles to furniture

By the way ...dont phone that number . You will annoy the heck out of someone :) 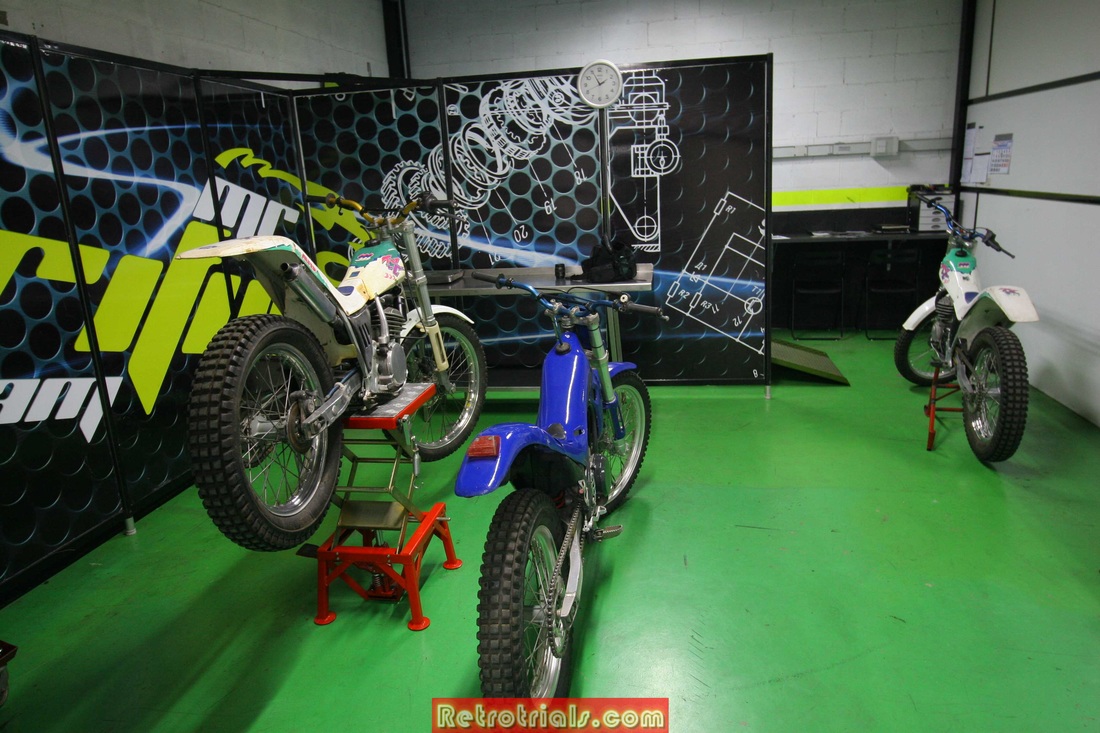