An Exclusive Interview with 1981 World Trials Champion Gilles Burgat
Get off my land....... 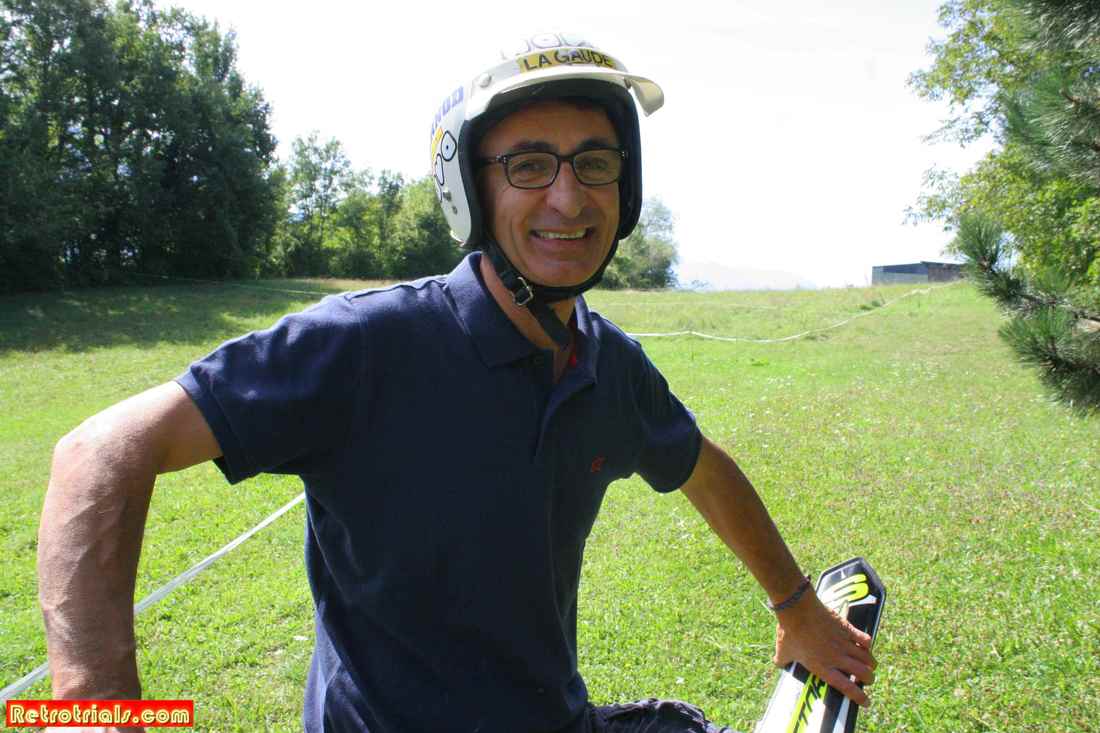 An Exclusive Interview with 1981 World Trials Champion Gilles Burgat
I did not want to go to college and I was very sure about this and my father, seeing my passion for trial said ok ok, focus on what you are doing in trial and make the most out of it.

You think your family previously had plans for you to go to college and university and do you think this idea of yours was a big risk?
No, my dad,he was the same as with my sister. He was always saying enjoy what you want, enjoy what you like. See my father, he never went to school when he was young, he was traveling around the world. He went to Canada when he was 17. He was traveling everywhere, so he was not someone who thought that's school was incredibly important. I'm not the same with my kids now, I say it is very important haha get your degree ha ha but at the time I had no pressure at all.

So what makes you different now towards your kids ?

I think it is different now and also if my kid had a big passion I could be different, but they do not, it is not like me, I was riding trials, it was my life and everything in my life surrounded that, maybe they will find something later on but not yet.
Well William - what have you got to say about that  ? :) 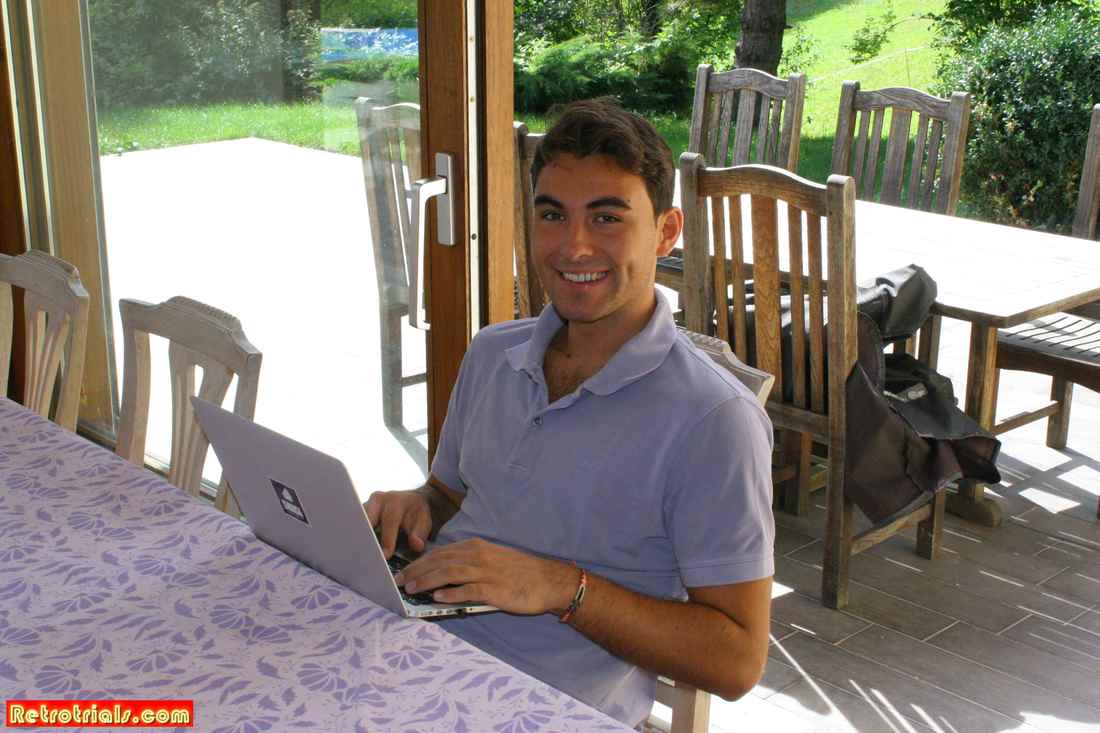 An Exclusive Interview with 1981 World Trials Champion Gilles Burgat
What position did you achieve in 1980 World Championship ?

It was 11 place. During most of the year I was happy if I got within the top 10 and I remember towards the end of the year my results improved. In the second part of the year, at this time, I was better because you know when you are young, you go to the World Championship, when you don't try and all that you are supposed to do is ride, you are looking around, then you are impressed by everybody and everything. You know I was not speaking English and also at this time I have not travelled a lot as well, so when you go to a country it is very strange. You know in England everything is different, the people, the systems and also the trial. I know nowadays the sections are pretty much the same wherever you go, go to Spain, got it England and they are similar, back then if you went to England, to Ireland it was very different from Spain and then France and it took a different style of riding to get a good result. There is lots of wet and mud in England and Ireland and I remember some of the simple sections in Ireland, you have to go at them in 3rd gear and it is all very strange for me.
One thing that struck me when speaking with Gilles, is that it was such a long time ago. Gilles secured his championship at such a young age !.
The sections were all completely different for me and I would arrive there and I would have to learn, also back in this, our first year of the World Championship, I didn't know anybody at the trials apart from Charles Coutard. And if he was in front of me and I saw him ride a section and he crashed I would think myself oh no I'm not going to try that. It's surely too hard for me. I found travelling to these countries and then trying to adapt to the different riding styles and the different conditions and the different people and systems very over whelming. You know we were going travelling with friends and we were sleeping in the van, sometimes it was not as though we were living the high life, the travel was a big big part of the whole trial life. You know going to Sweden, going to England and everywhere, it was all part of the fun, we are focused on rider riding but also we are focused on everything else as well, it was all new to us. I was travelling at this time with Christian who is 2 years old other me and we were travelling together to the World rounds as well as other trials I was riding. We spend so much time on the road I remember on one occasion we took my father's camper truck.
Gilles standing next to his inspiration, best buddy and perhaps the only person he could understand - Charles Coutard. The rest of the line up is as follows. Gorgot, Subira, Jo, Freixas, Juvantany, Burgat, Coutard, Schreiber, Comer, Lejeune, Galeazzi. 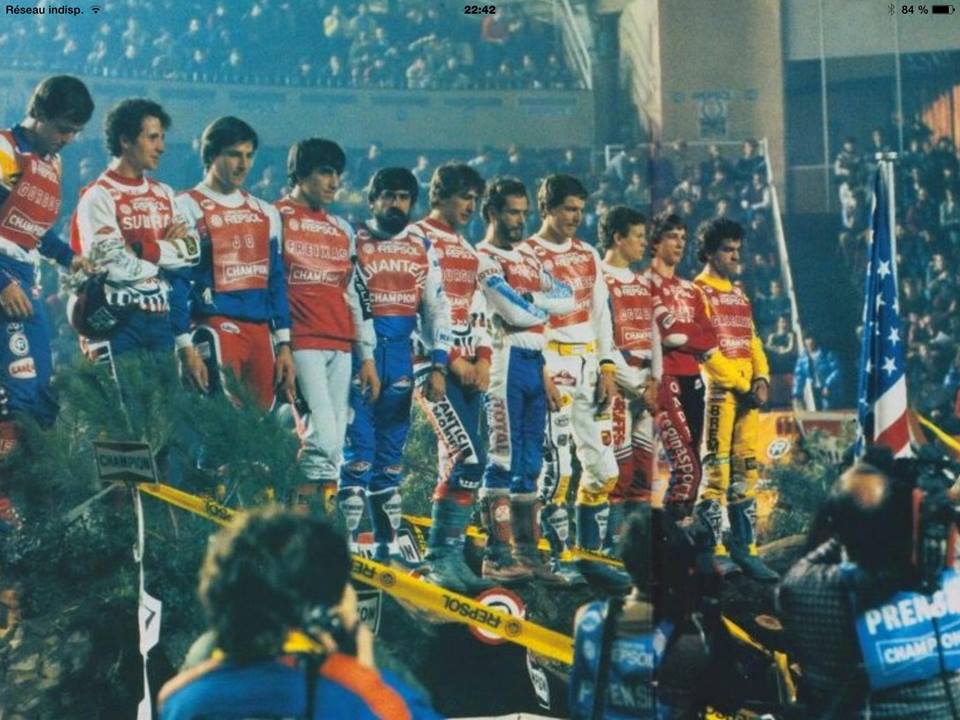