Do you remember testing the michelin tyre ?

Yes yes, I have done very few. In 1982 and 83 the michelin tyre was already the best. We make simple test with Michelin tyres what was incredible was riding and I was practising with my brother in 82 and my brother was riding Bultaco with Pireli and I was riding SWM with Michelin and the one day we were practising in the dry conditions why the same sections and the same riding level more or less and at the moment the rain some down hard.
Me, I was still riding the sections on the rocks and I was still riding the sections. The sections become a little more difficult but I was still riding and taking some cleans and some one and so and so, my brother never make a three. He get five every time and never finished. Each section when he try my bike with the Michelin tyres he can ride the bike almost as good as me. He discover that without Michelin tyres its not possible to ride in the wet conditions. It was not a big different, it was more, it was two different Worlds.

You did very well in 1982 as we have said, were SWM very excited with your results, do you remember about this ?

Yes, they were never really satisfied because when they loose Giles Burgat, Giles Burgat was still a very famous and charismatic and very great rider, but for the French market it was still very important to have a French rider to promote the bike and me I was 2nd just behind Giles Burgat.
At the end of 1982, you stay with SWM, why was this ?

Well, the situation of swm was not very good, also the financial situation start to be quite difficult. It was quite ok and there as new bike with the jumbo and Bernie Schrieber was with the factory. I was number 2 and really very close to Bernie Schriebers position. SWM wait for me to beat Gilles Burgat which is what I have done in 1983, I have been the French Champion in front of Gilles Burgat, I finished 3rd in the World Championship and Bernie Schrieber 2nd. Then there were really satisfied about me but …. no they believe in me, anyway, for my first year I finished 5th in the World Championship then there was no reason that they let me go to another factory. Everything was perfect at that moment. Everything was good.
So you did not think about going with another company at that time ?

No, I think that Fantic had contacted me a year later, but in 83 no… I think I sign only a 1 year contract but I have been the first year in 82 and everything has been good for me and SWM. Really there was no reason that I leave. No reason. 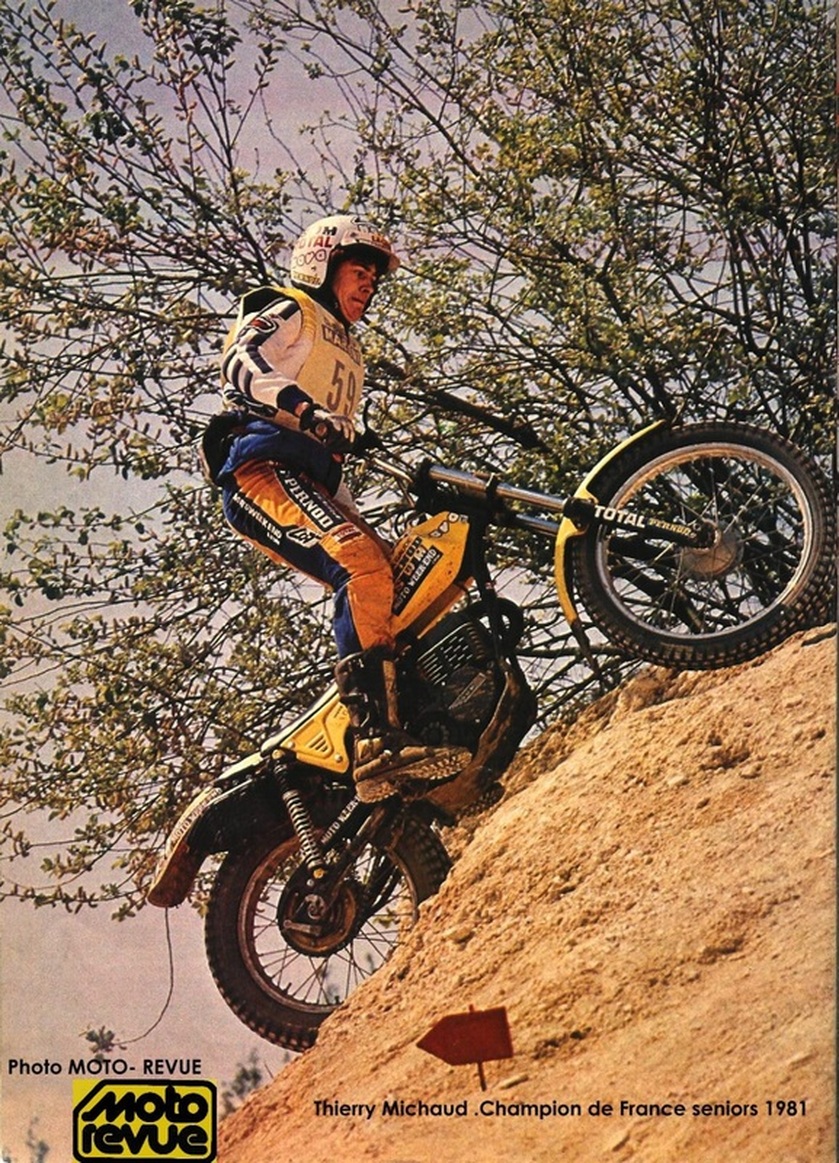